The problem with having a really fantastic first course in a multi-course meal is that everything else would fade in comparison.

This is what happened to me when I had lunch at Ai Fiori at the Setai hotel in New York.

One bite of the spaghetti with blue crab, lemon, bottarga, and chilies, and I was smitten.

Take a second to imagine those flavors melding together in a bowl: perfectly al dente spaghetti, the delicately sweet meat from the blue crab, and the brininess and saltiness of bottarga (cured fish roe) all brightened by lemon and heightened by spicy chilies. 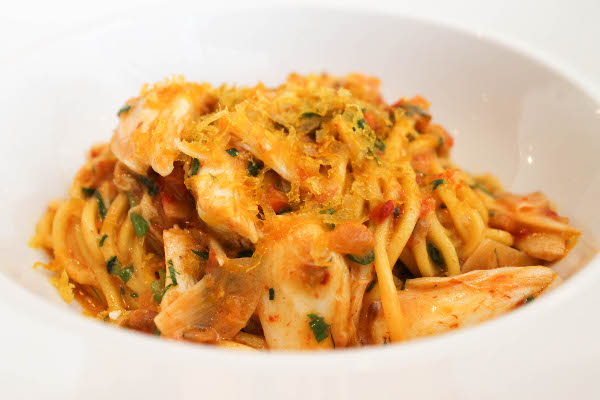 It was, I dare say, one of the best plates of spaghetti I’ve ever had.

And I consider myself a spaghetti connoisseur. After all, spaghetti is high on top of my list of most favorite things to eat in the entire world. It’s what I make when I’m happy, or heartbroken, or needing some comfort. It’s my go-to dish at home and in restaurants.

So after I slurped the spaghetti off my fork at Ai Fiori (I tried to slurp away as neatly as I could, as Ai Fiori is pretty fancy), the rest of my meal couldn’t even compare. 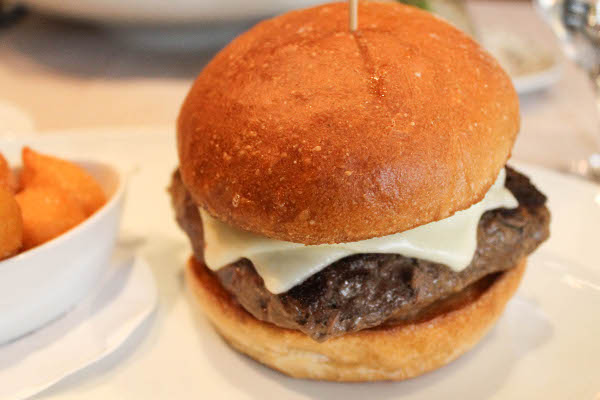 Even if the rest of the meal was no slouch. 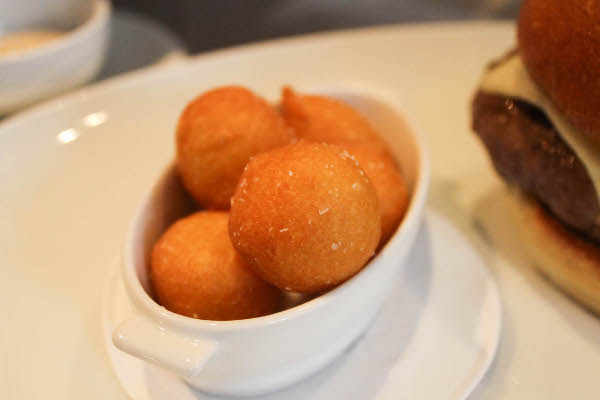 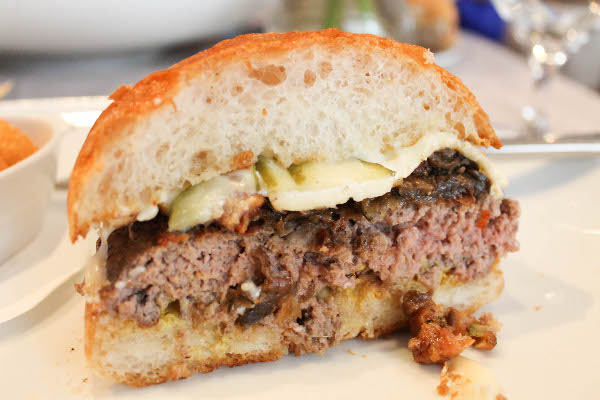 The burger was very good, meaty and juicy. It was also pretty heavy; my friend Mich and I couldn’t finish our halves – but this is probably what we get for ordering pasta as a first course.

Mich and I had the two-course lunch plus one dessert each, which means we had six dishes for just the two of us. I am not in the habit of eating multiple courses at lunch (or eating at really expensive places at lunch, either) but I was in New York for just a few days and Mich and I haven’t seen each other in months, so we indulged ourselves at Ai Fiori. And it was definitely an indulgent meal. 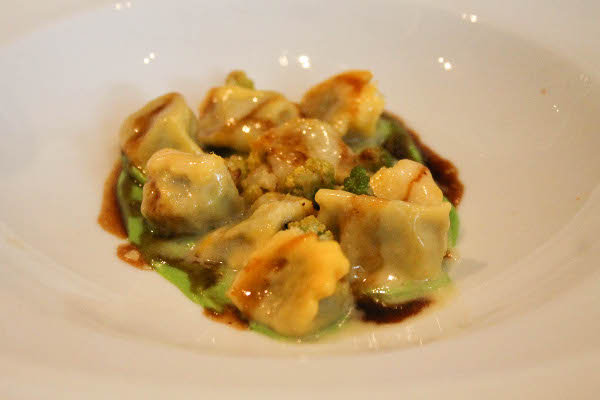 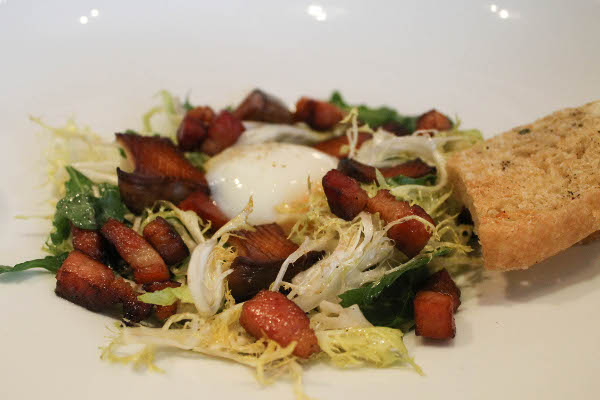 We liked the salad Lyonnaise, with thick strips of lardon (Ai Fiori was very generous with bacon, which reminded me of my homemade tarte flambee topped with plenty of bacon as well), and a runny yolk from the poached egg blanketing the greens after we mixed everything together. 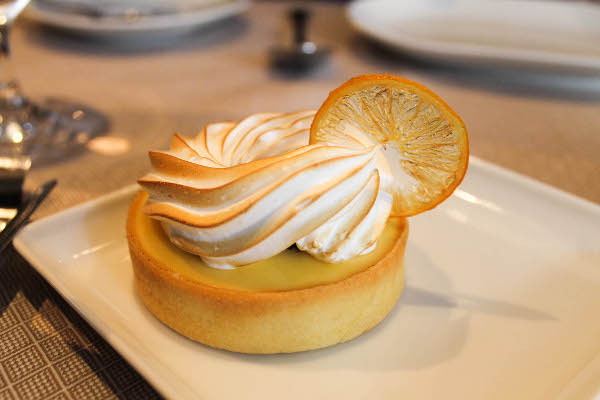 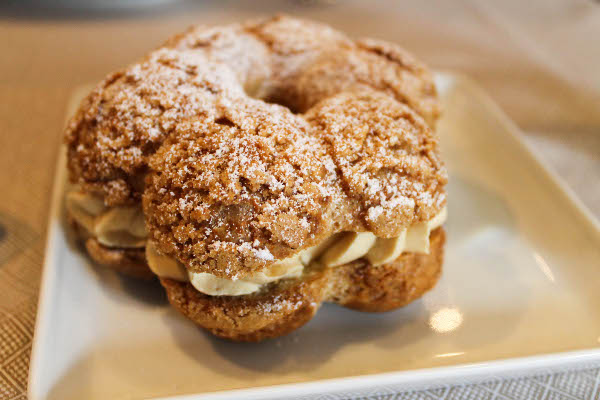 For dessert, we shared a lemon tart and a hazelnut creme pastry – both pleasant and enjoyable, but not particularly memorable.

It was both our first time at Ai Fiori but I’m pretty sure I’ll be coming back on my next trip to New York. Everything was very chic and pretty: 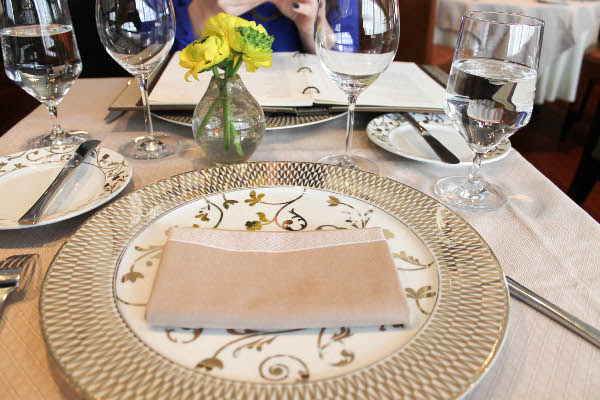 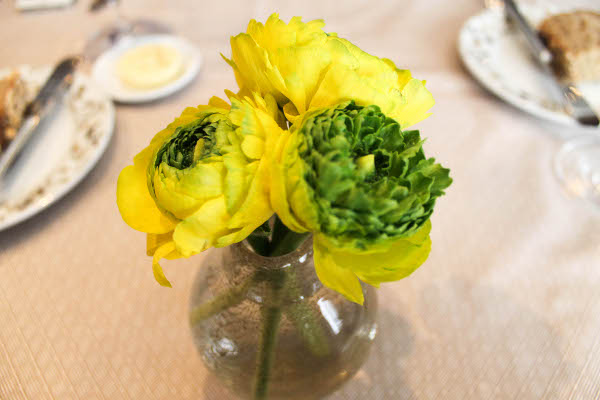 Yes, it’s also pricey, but The Setai is not exactly known for its affordability. And so is New York City, in general.

I’m certain that when I come back, I will be ordering this again: 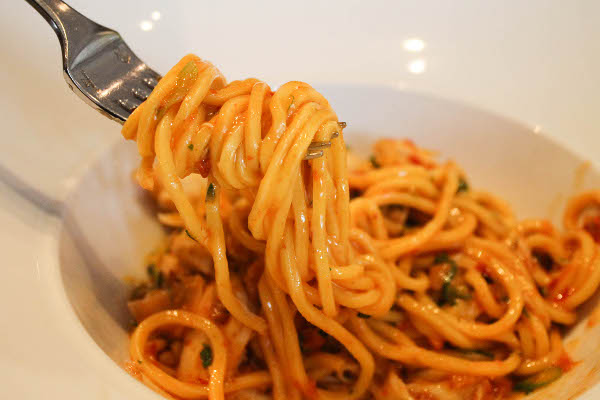 Spaghetti with blue crab, I will see you again soon.

(Mich, I’ll see you again, too! It probably won’t be as fun eating by myself there…)