Ever have one of those Saturday mornings where you just want to eat cake for breakfast? But then your family and friends don’t get it, and they want to eat “real” food, like meat and seafood, so you compromise on brunch, and you pick a place that you know offers all that and more.

This is how we ended up at M3 a few weekends ago. M3 is short for “Meat & Three” so it really is a place that’s right up my alley. I’ve heard a lot of good reviews about it and have been meaning to check it out, salivating over the Southern menu – with the fried chicken and shrimp and grits and buttermilk biscuits. And of course, cake.

Earlier this year, Saveur published its Best Cakes Ever issue and I became a little obsessed with the layered cakes. I knew that M3 features a selection of cakes each day, displayed in pretty glass domes on the counter. The day we were there, they had Strawberry Velvet Cake, Cherry Pie, and Coconut Cream Cake. Now aren’t those enough to make you want to skip the meal and just go straight to dessert? 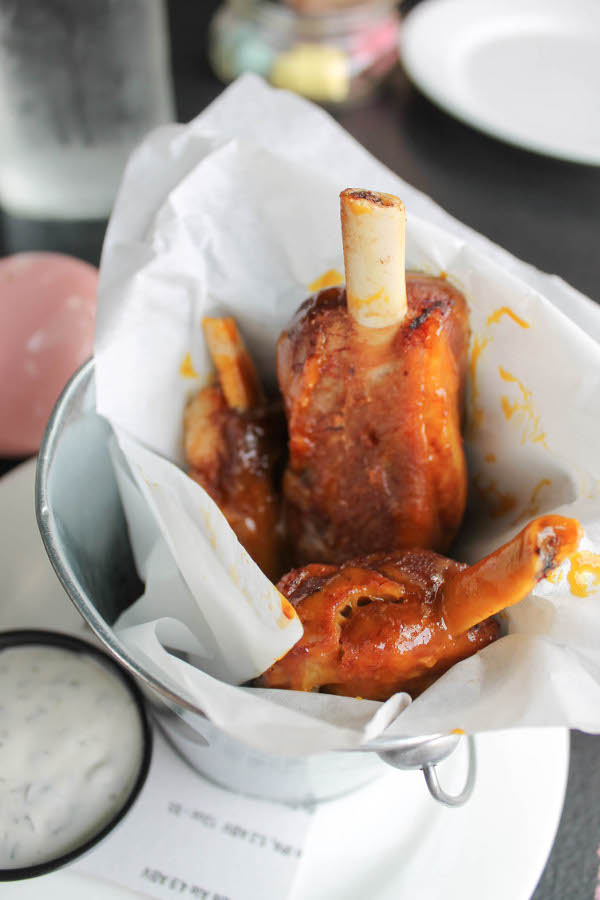 We didn’t though. We ordered food to share first, starting with these hog wings. These are pork shanks with Carolina barbecue, and I remember having these at the Biltmore Bar and Grille in Newton, which has the same owner as M3. Meaty, sticky, and tender, these would be a good hangover food IF you were nursing one… 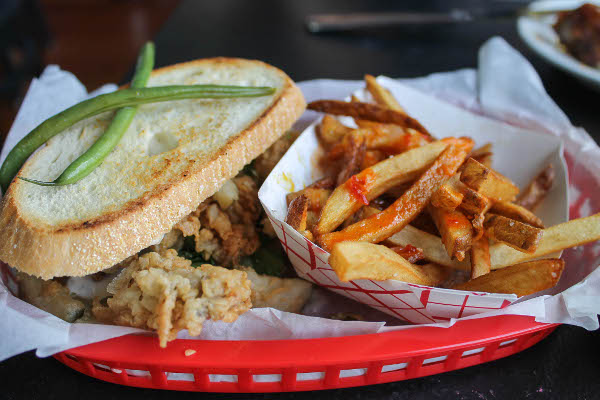 This is the oyster po’ boy, served with fried pickles and “LGC” fries, as in lime chili garlic. I did not try the po’ boy as I am highly allergic to oysters, but I did make a dent to that heap of spicy fries. 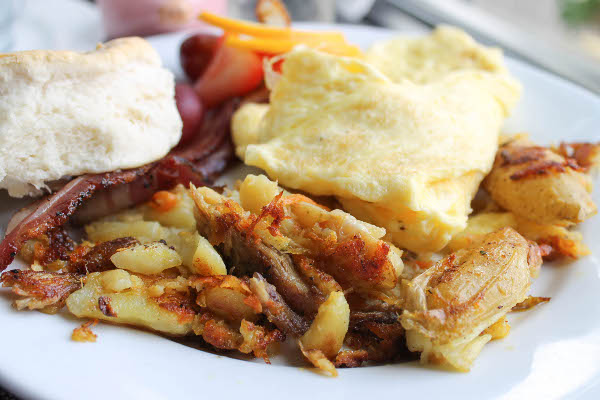 This is the hash and eggs plate, with smoked duck hash, scrambled eggs, bacon, and a buttermilk biscuit. I was a little underwhelmed with this – there was hardly any duck, and the buttermilk biscuit was a little dry. Maybe Sweet Cheeks has ruined me forever because I now hold their biscuits in the highest regard, or (more likely) I was just itching to get to dessert. 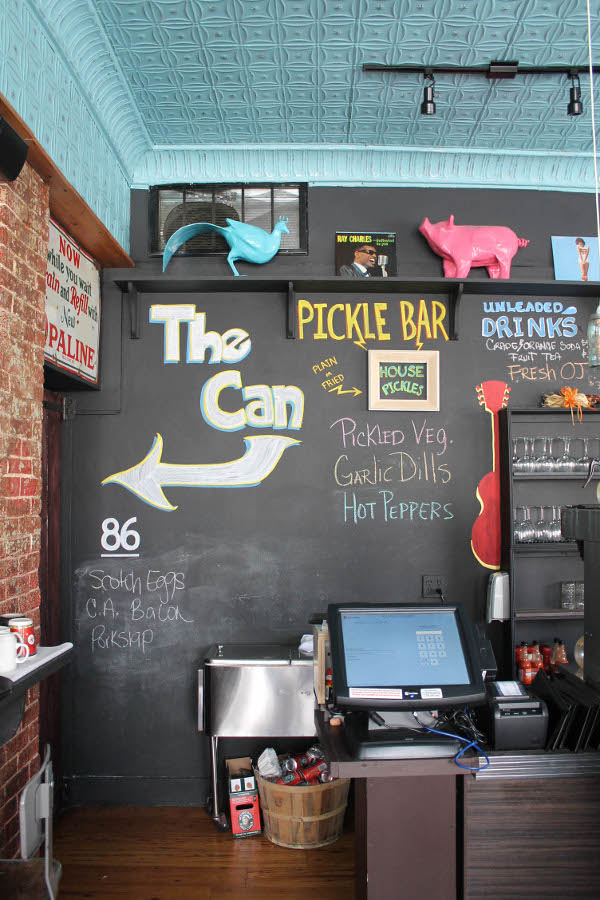 I really liked M3. The interiors of are very pretty, all robin’s egg blue and chalkboard paint and kitschy chandeliers.  There’s Motown music piped in, and the servers are all warm and smiley. We had a nice brunch, especially because I finally had some cake: 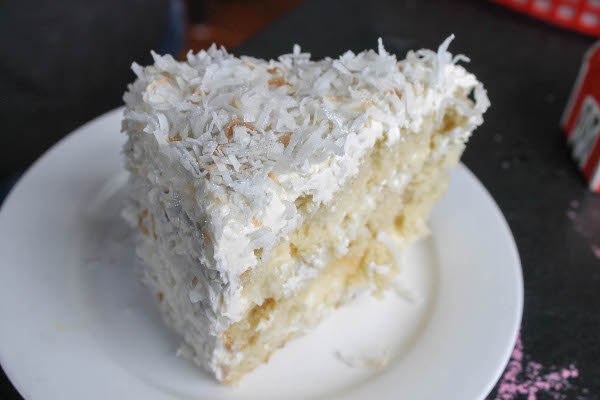 Coconut cream cake with a custard filling, coconut buttercream, coconut flakes, and finished with a dusting of edible silver glitter.

I’ll plan on going back and trying other items from the menu, and I’m sure I’ll end up ordering another slice of cake, too!