I had a really nice time in New York and New Jersey this weekend. The weekend was filled with wonderful company, yummy food, a fabulous Broadway musical, shopping, and a reality TV character sighting…

Do you know the TV show Say Yes to the Dress? My friend Denise is getting married so we went with her to Kleinfeld’s as she tried on wedding gowns, and we met Randy from the show! Randy was so nice and sweet, and he looks a little bit like Bruce Jenner. 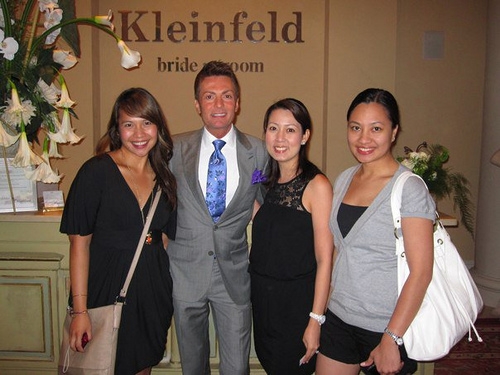 My friends and I did some good eating this weekend: our first meal in New York was at DB Bistro. I’ve been there before with my parents, and I loved the DB burger so I ordered that again: 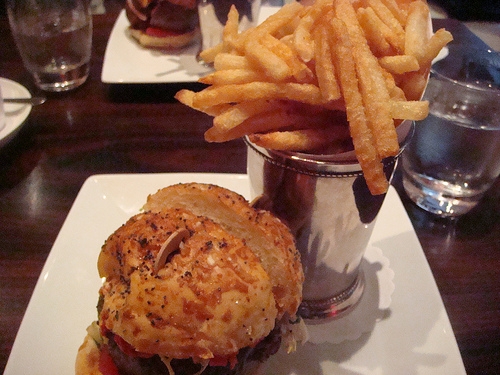 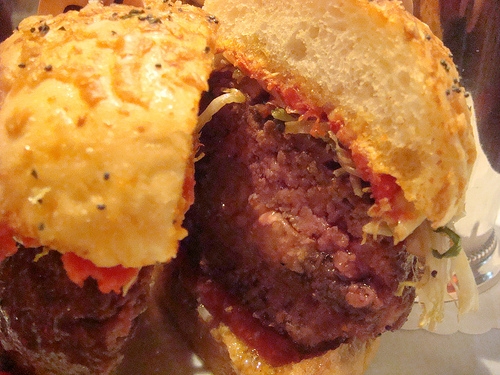 yup, you read that right: stuffed with braised beef AND FOIE GRAS

Daniel Boulud knows what he is doing: that burger was worth every dollar (it was $32, which makes the Craigie burger seem cheap). The burger was very round, almost like a tennis-ball sized meatball. It was juicy and meaty, and very, very filling – I hardly got through two-thirds of it, and I didn’t even eat the parmesan bun.  I don’t go around regularly eating $32 burgers, so I think this was a worthy splurge. I highly recommend it, especially if you like burgers. And braised beef. And foie gras. I like all three, separately or together.

Then we were off to New Jersey! I’ve never been to Jersey and don’t know much about it (except from what I watch from The Real Housewives of New Jersey – hah) but ever since my good friend GP moved there, I’ve been wanting to visit. We ended up just staying in Jersey City for a fun BBQ, and then hung out a little bit in Seacacus. 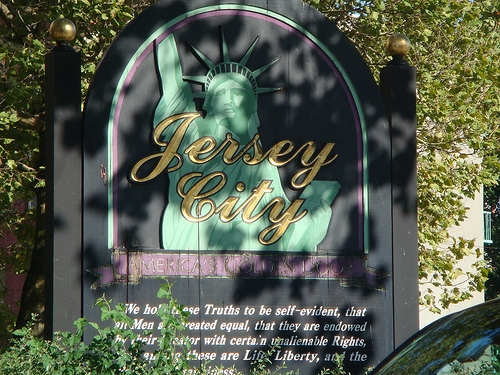 I wanted proof that I went to Jersey City

But before we headed over to New Jersey, we stopped by Crumbs Bake Shop to pick up some goodies for the BBQ party we were attending there: 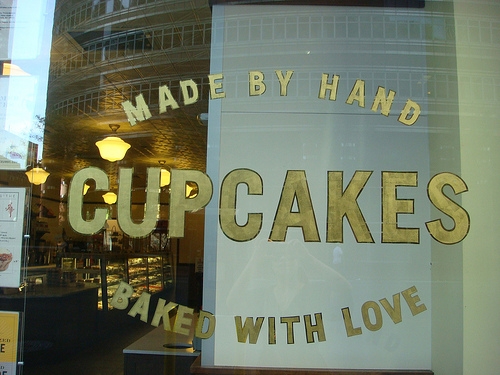 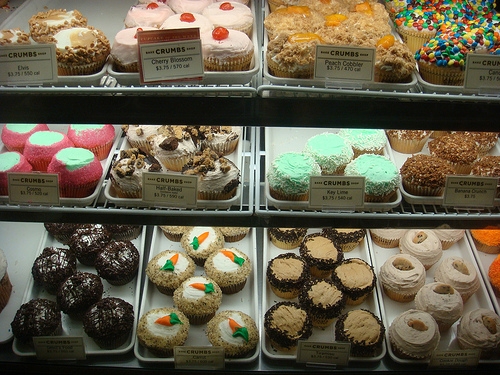 they had a dizzying array of cupcakes on display 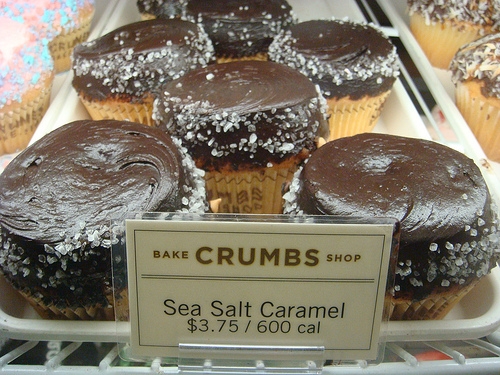 this was calling my name… until I saw the calorie count. 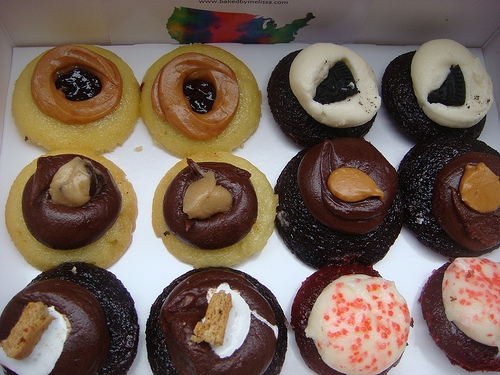 These tiny Baked by Melissa cupcakes are adorable! They are ridiculously cute, and highly addictive. Especially with flavors like (clockwise from top left) Peanut Butter and Jelly, Cookies and Cream, Peanut Butter Cup, Red Velvet, Smores, and Cookie Dough.

it’s about a third of a “regular” mini cupcake

In New York, we also had an awesome brunch at Essex in the Lower East Side:

it was very chic and New York-y

Essex was named as one of the Top Three All-You-Can-Drink Brunches in New York so all you-can-drink we did (actually, I’m a bit of a lightweight when it comes to alcohol, so I capped myself at two mimosas, and they were two very good mimosas). I had the Aristocrat plate: salad greens with a potato pancake, topped with house-cured salmon gravlax, salmon caviar & poached eggs. 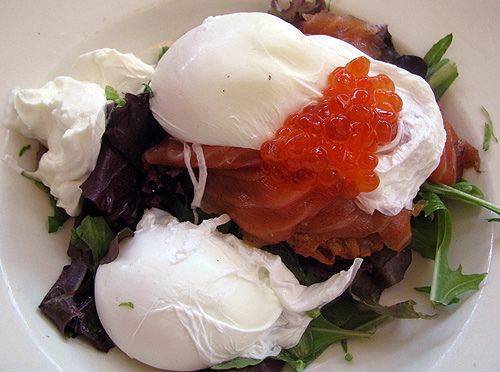 The main reason for our weekend trip was to catch Promises Promises on Broadway, so we saved that activity for last. The show stars Sean Hayes (Jack from Will & Grace) and Kristin Chenoweth. It was such a merry, entertaining show – you can’t go wrong with Burt Bacharach. 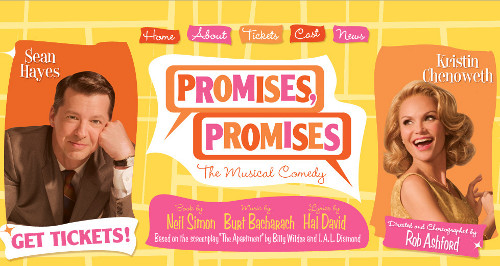 Overall, I had a very fun, laughing-so-hard-till-my-cheeks-hurt kind of weekend. I hope you all had a fantastic weekend as well!