What to Eat and Drink at Church

Vanity is inspired by the legendary beauty herself: Sophia Loren. The Loren is a vodka-based cocktail made with fresh-squeezed, sweetened ruby red grapefruits.

I’m talking about eating and drinking at Church of Boston the restaurant.

Up until a few days ago, I’ve never been to Church, a music venue and restaurant in the Fenway area. I’ve been curious about the “comfort classic” cuisine and notorious cocktails. Church is headed by Laura Henry-Zoubir, who’s also the chef at Brookline-favorite Regal Beagle. I first met Laura at Burrito Bowl a couple of months ago, where she and Chef de Cuisine Jon Gilman made my very favorite bowl that day.

Church recently released their new spring menu and I sampled it with two of my favorite gals, Meesh and Jacki of Just Add Cheese! 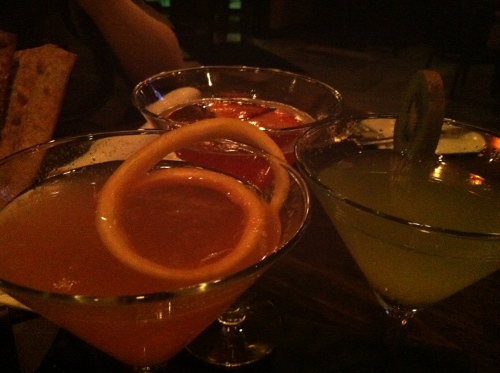 What do you do as soon as you arrive at Church? Order a drink, please.

Vanity for me, Envy for Jacki, Conquest for Meesh. (Wow, if someone only read that sentence on my blog, I am not sure how to explain it. These are cocktails, people!)

Now after you’ve ordered some delicious cocktails (apparently Vanity is one of the most popular ones and I completely understand why), take your time perusing the short menu and order a few small plates to share: 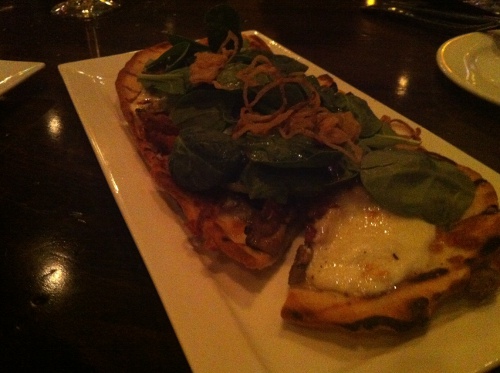 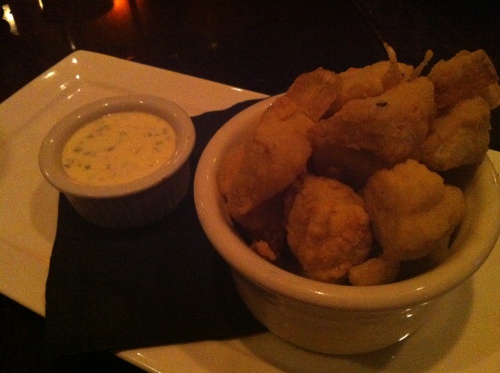 small bowl of fried artichokes with a lemony dip 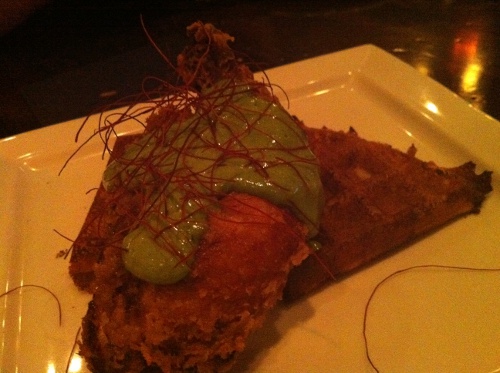 and buttermilk fried chicken and waffle, with spring garlic gravy

Now THIS is what you should eat at Church. One piece of perfectly fried buttermilk chicken, so crispy on the outside, so tender and flavorful inside. The dollop of garlic gravy made us all mmm-mmm in appreciation. I could actually do without the waffle (but that’s just me and my weird eating belief that “waffles are considered dessert”). I kinda wished that Jacki, Meesh and I just ordered a plate each of this and called it a night. But if we did that, we would have missed out on our entrees. And then we would have missed the haddock that came with sea salt and vinegar fries, the sirloin steak (Butcher’s cut for the night), and the sliders…

If you were presented with the option of pulled pork slider, prime beef slider, and fried clam roll slider, what would you get? It was a hard decision but we chose this: 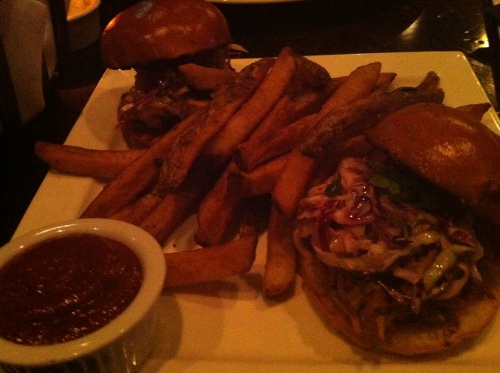 If you’ve already had a couple of drinks, some apps, and shared entrees, what’s next? It’s something that is a sin to miss at Church (sorry, couldn’t help it) – dessert, of course. We ordered the chocolate-espresso semifreddo and pear crisp with orange caramel and lavender ice cream. 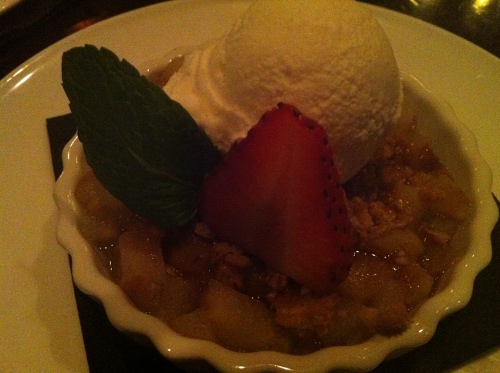 We were also able to taste the newest beignet flavor: rasberry rhubard. I tried it but I prefer the semifreddo and pear crisp.  For you beignet and donut fans out there, you should know that if you eat weekend brunch at Church, you’ll automatically get a small basket of donuts.  Apparently, a lot of people go to weekend brunch with a hangover, and greatly appreciate some carbs and sugar upon seating. Not sure how other people roll, but on weekends I just like drinking tea. I’m kidding, I love me some carbs and sugar.

Our food and drinks were complimentary, thanks to Rina of Dramshop Hospitality who invited us. However I would definitely return to Church and pay for myself to try out more dinner items and also brunch (check out the brunch menu). The drinks were delicious, the food was flavorful and reasonably-priced, and the service was also wonderful. Our server Vanessa was attentive and helpful, and Ray the bar manager was so friendly while answering our questions. At first I thought only our table was being treated extra nicely, but I saw Adam the general manager conversing with the other patrons in the room too, and we noticed the other servers being extra attentive to neighboring tables as well.

Church felt like a comfortable, welcoming neighborhood joint – a friendly local place that makes you want all Seven Deadly Sins. Have you been to Church yet? 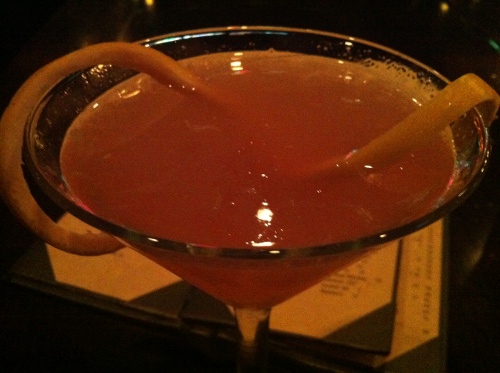 « Previous
Dimsum Brunch
Next »
How to Make Gnocchi

15 Responses to “What to Eat and Drink at Church”