Once upon a time, I met a woman named Crescent Dragonwagon.

She told me about Caldo Verde and Marrakesh Melange and a beautiful Rose of Persia Cake.

Well, my “once upon a time” was just a couple of weeks ago, I did meet Crescent at the North End, and while those recipes all sound too exotic and intimidating, they are not – because they are bound by the versatile, economical, beloved bean.

(And yes, her name really is Crescent Dragonwagon.)

I was part of the Boston Brunchers crew that met with the ever-charming, prolific, James Beard Award-winning author, who talked to us about her latest cookbook Bean by Bean. 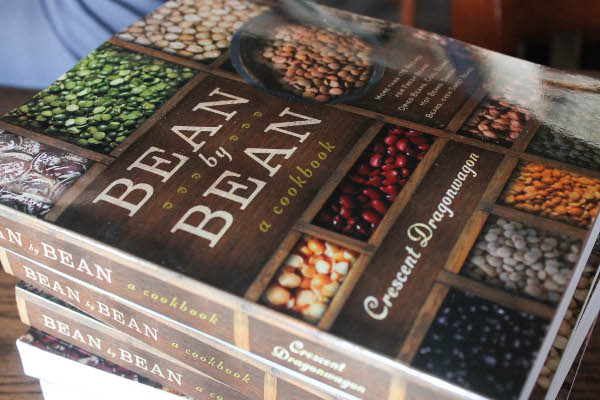 While I’m already a big fan of beans (I enjoy beans in both savory and sweet dishes), I admit that my experience with beans are limited to the canned kind. Unless we count peanut butter (remember that the peanut is a legume!) then I have plenty of experience with that.

I received a copy of Bean by Bean in advance and I bookmarked several recipes already, but the first one I tried was a simple, no-nonsense, hearty recipe for Syrian-Style Red Lentil Soup. 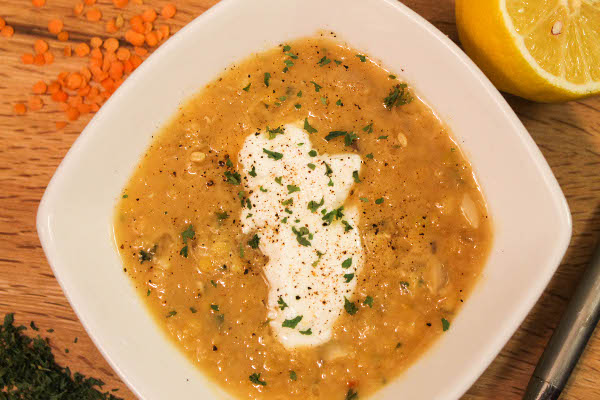 I’ve had lentil soup before but have never made it myself at home. I am somehow intimidated by Middle Eastern recipes, but Bean by Bean (and Crescent’s easy-going, engaging personality) eased my anxiety. The dish is also called “Shawrbat Addas” which initially made me think that I might need to buy the ingredients at some obscure exotic market… 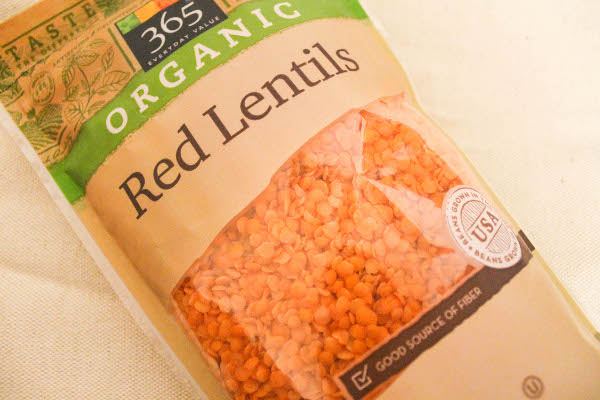 … but of course my friendly neighborhood Whole Foods had everything I need, starting with these lovely salmon-colored lentils. 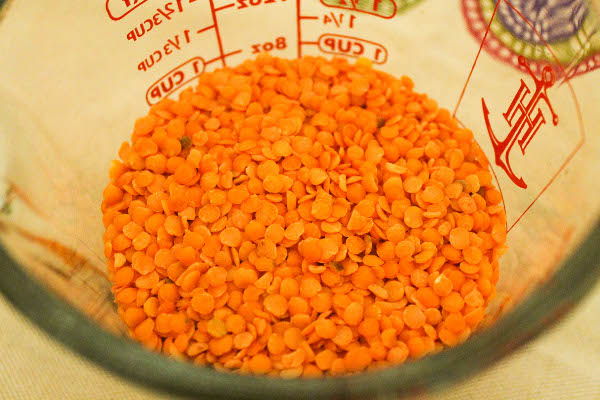 I love the bright colors, and I was expecting a bright orange soup, too (I told you I’m a lentil newbie) but I’m glad I read the whole recipe and the introduction, because then I learned that red lentils become “a duller but still-appealing golden-yellow color” after cooking. 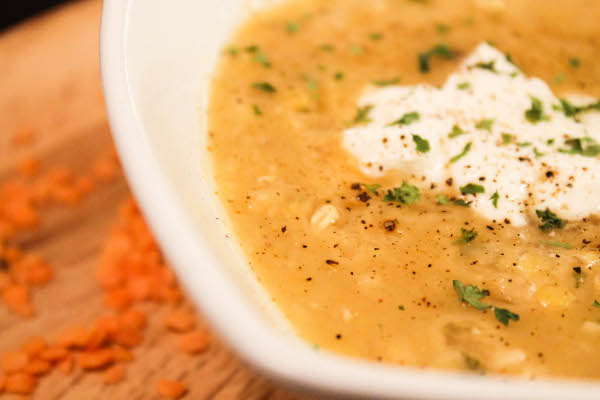 Sure enough, my soup ended up a dark yellow, although I wouldn’t say that there’s anything dull about it.

I asked Crescent if I can share the recipe with you guys and she answered with “absolutely, babe!” so here you go:

I did make a few slight changes when I made this soup: I added 1/2 teaspoon cayenne powder (you know I like heat), I omitted the flour (I thought it was already thick enough as is), and after squeezing some lemon juice onto the bowls, I topped the soup with a dollop of nonfat Greek yogurt, fresh ground black pepper, and a shake of dried parsley flakes.

recipe by Crescent Dragonwagon, in Bean by Bean
(printed with permission) 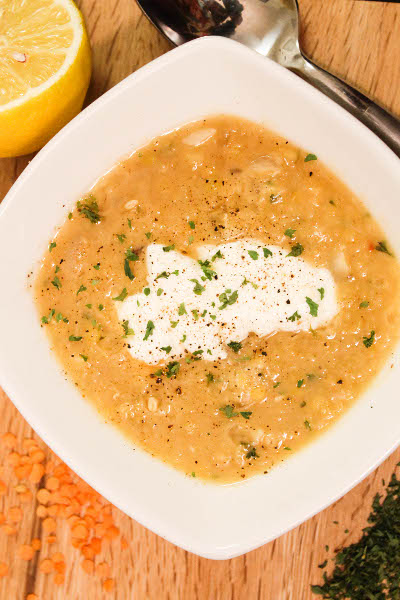 I had lunch with Crescent at Ducali Pizza, a great little find in the North End (the lunch was provided for free, courtesy of Boston Brunchers). Ducali is closer to TD Garden than all the other restaurants in Little Italy, which means I will be getting pizza next time I go to a Celtics game or a concert. 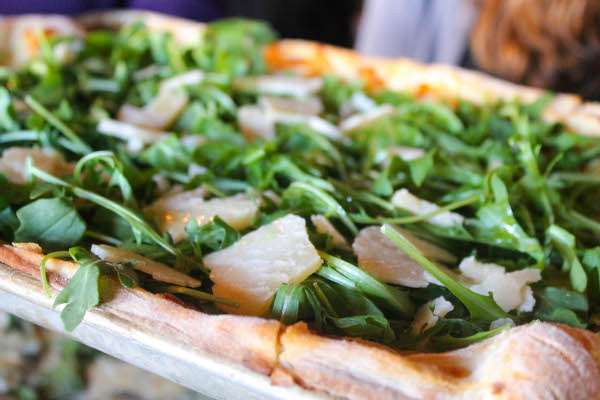 My favorite was the Rugola pizza: mozzarella with arugula, drizzled with truffle oil, and topped with shards of Parmiggiano Reggiano.

It was Crescent’s favorite too. I should’ve known she was a woman after my own heart.  (When I asked her to autograph my copy of the cookbook, she signed off with “… to sweetness and abundance!”)

And judging by how much I liked her red lentil soup, I’m going to be cooking and tasting a lot more of her recipes, too. 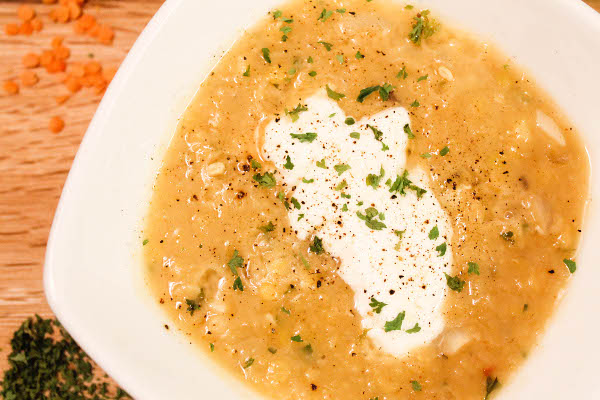 Do you ever cook with lentils? What’s your favorite bean recipe?