Bubbles and Biceps at Legal Seafoods

A few weeks ago, I received an invitation to attend the Legal Harborside: Bivalves and Bubbles event. My first instinct was to say no. I’m allergic to oysters, after all. But… I’m not allergic to champagne. And… I’m certainly not allergic to naked cowboys.

(Actually, just one Naked Cowboy. He was the guest of honor. And he wasn’t completely naked. This is a family-friendly blog).

Plus, my mom was still in town then and she loves oysters, and since I could bring a guest, I gamely RSVP’d for some bubbles (and Naked Cowboy’s biceps). If you haven’t heard of him, Naked Cowboy is a street performer in New York City’s Times Square. He struts around wearing just cowboy boots, a cowboy hat, and his underwear, plus his trusty guitar. I would venture to guess that he’s the type who will not shy away from attention.

Because this event was to cap off Legal Seafood’s annual oyster festival, there was a lot of oysters. All oysters, actually. I was really tempted to try some: 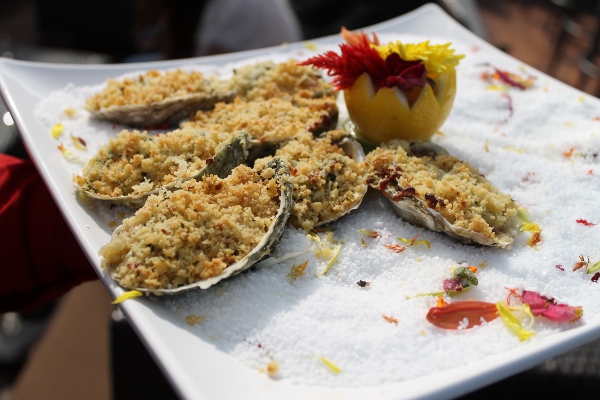 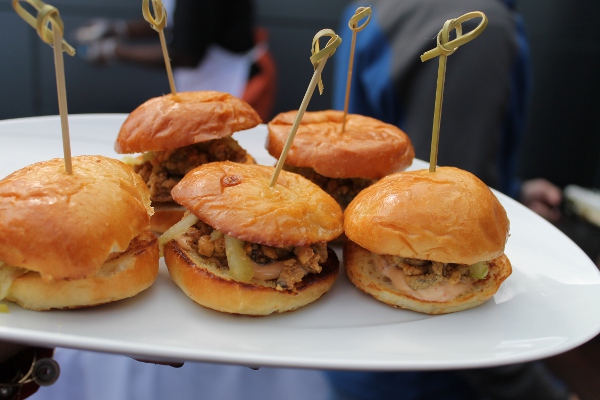 or these fried oyster sldiers with chipotle mayo

But then I quickly remembered my body’s violent reaction to oysters, so I passed. However, my mom tried almost every dish and she said everything was delicious.

to compensate for my lack of calories that day, I just doubled up on the champagne 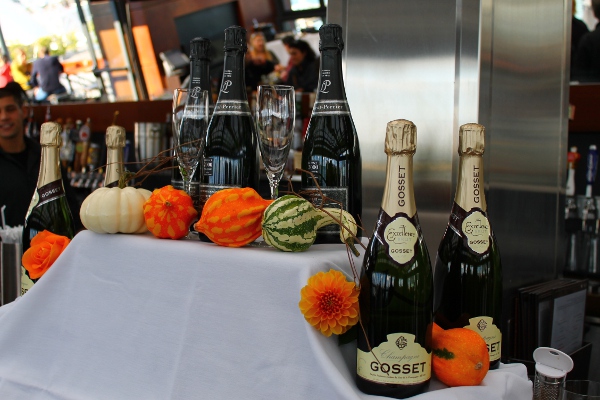 there was no dearth of refills either, so I was plenty happy 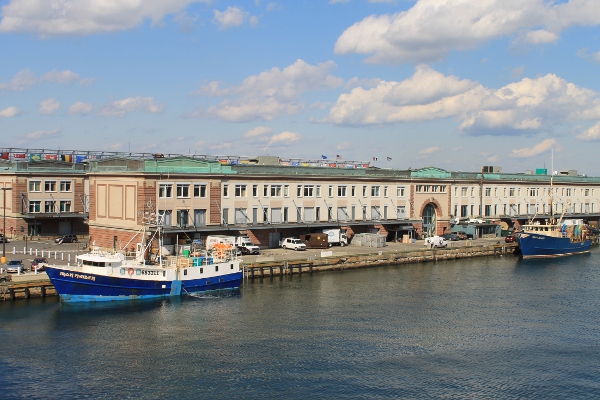 it was a beautiful day to spend at the roofdeck of Legal Harborside, which gorgeous views of the water 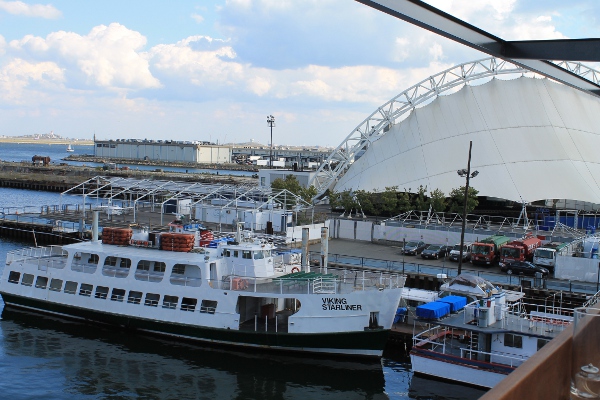 a viking starliner? Is Eric Northman in there?

Sorry, but I really can’t see the word “viking” without thinking of my favorite Nordic god.

That’s Will from The Boston Foodie and Jen from Tiny Urban Kitchen. 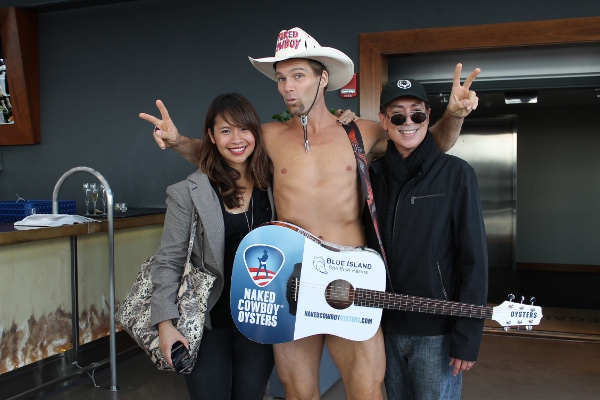 and of course let's not forget the guest of honor (who was actually there to represent his line of oysters, the Naked Cowboy Oyster) 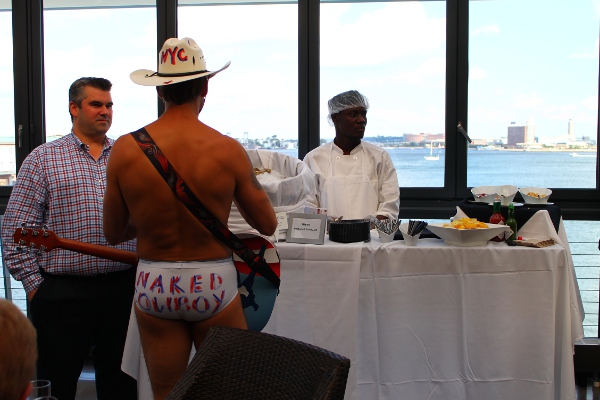 in case you didn't know who he was... 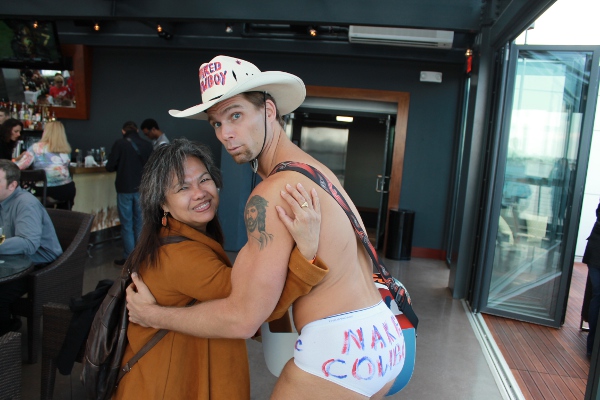 he and my mom were buddies 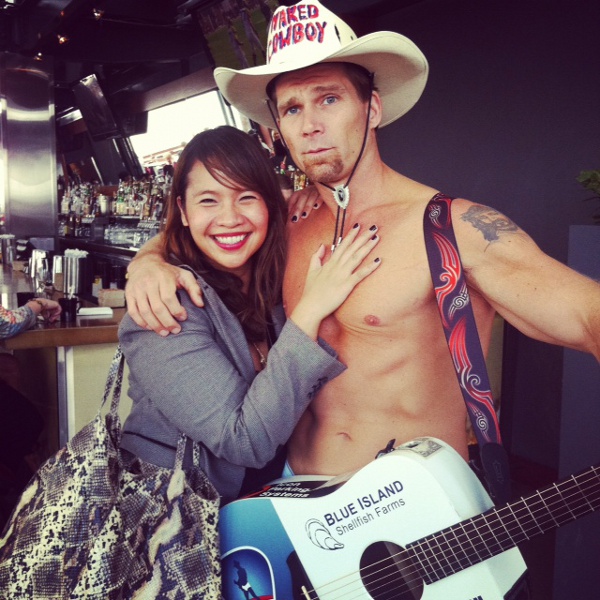 and when it was my turn to get my solo picture with him, he forced me to touch his pecs

I tried not to look so miffed. The nerve!

Overall, I had a very fun time at the Bivalves & Bubbles event. Even though it was just past noon, I had several glasses of Gosset Brut Excellence Champagne and Laurent Perrier Brut Champagne, which then led to me feeling very light-headed (and hungry). So before heading home, my mom and I had to make an emergency stop at Flour Bakery for some sustenance. And by sustenance, I mean carrot cake.

Thanks to Legal Seafoods and Regan Communications for the invite!

23 Responses to “Bubbles and Biceps at Legal Seafoods”