What to Eat in Portland, Maine 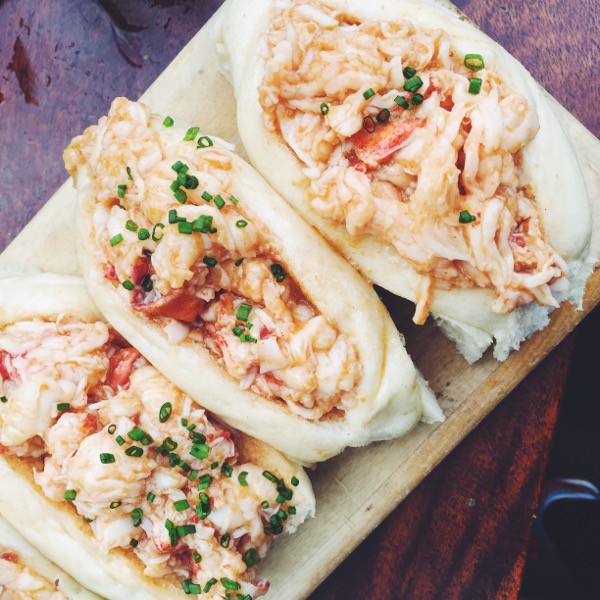 I hope you’re all enjoying the holiday season! I want to squeeze in one last travel post (and some delicious eats) before the year ends.

When I think of Maine, I think of blueberries. And people wearing plaid. And lobster. Sweet, sweet lobster.

On a recent trip to Portland, Maine, I ate the best lobster roll I’ve ever had. Soft lobster meat, nutty brown butter, pillowy steamed bun. It was pure perfection. I also ate blueberry pie. And I wore plaid one day, too! 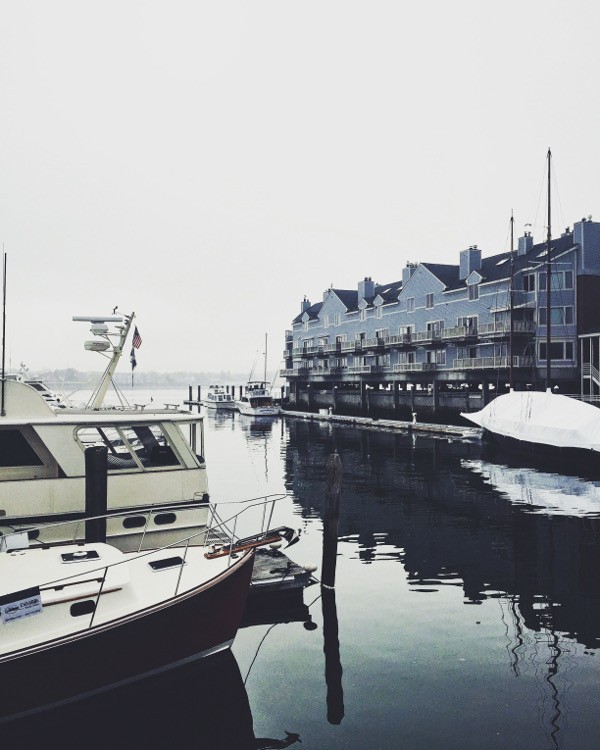 Portland was a little gray and cloudy when my boyfriend and I went there last month, but the town was as picturesque as I remember from my last visit several years ago. The air smells like the sea, and the city vibe is a mix of industrial and hipster.

Like many other visitors, we planned our itinerary around food, and rightly so. Portland has become a foodie city, known for its many great restaurants that showcase local fare and innovative cuisine. Here are my top picks: 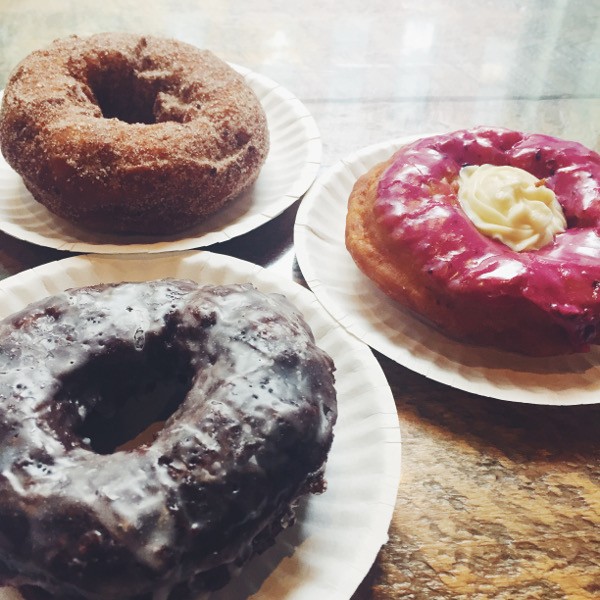 The Holy Donut – friends who know my sweet tooth (and my penchant for dessert for breakfast) all pointed me towards Holy Donut. Their donuts have an incredibly tender texture because of a secret ingredient: fresh Maine potatoes! That’s right, there’s mashed potatoes in the donuts. Genius. This was our very first stop in Portland and Matt and I ordered four donuts between the two of us (one didn’t even make it to the photo). We tried the dark chocolate with sea salt (one of their most popular flavors), the holy cannoli (with a cranberry glaze and ricotta filling), and pumpkin (seasonal). All were delicious, but it’s no surprise that I liked the chocolate one the best. 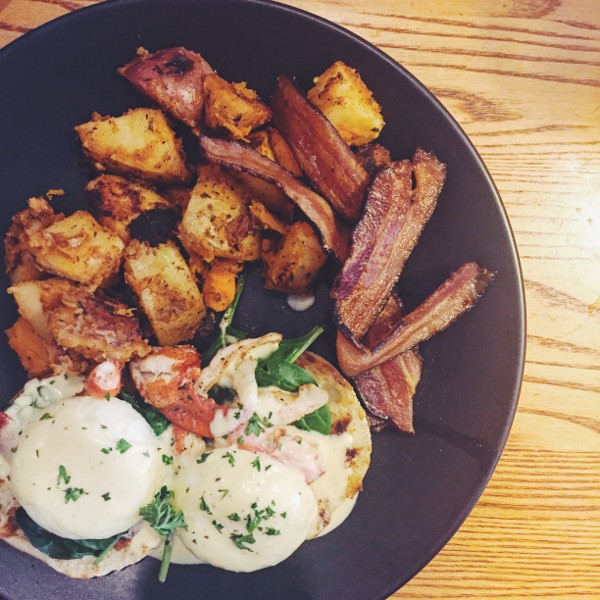 Bayside American Cafe (formerly Bintliff’s) – I take breakfast and brunch very seriously, and I did a lot of research on the best place to get corned beef hash (Matt’s favorite) and eggs benedict (my go-to order lately). I also wanted a place where we can possibly, potentially, just maybe get a side of blueberry pancakes on the side. Bayside was a very good choice, and one I highly recommend. Yes, there will probably be a line. But it will be well worth it. The homemade corned beef hash was a giant plate of homestyle comfort, and the lobster benedict had plump pieces of sweet Maine lobstah. And if you’re on vacation, why not order a side of bacon, too? Plus a couple of glasses of bellinis and mimosas. Oh yes. 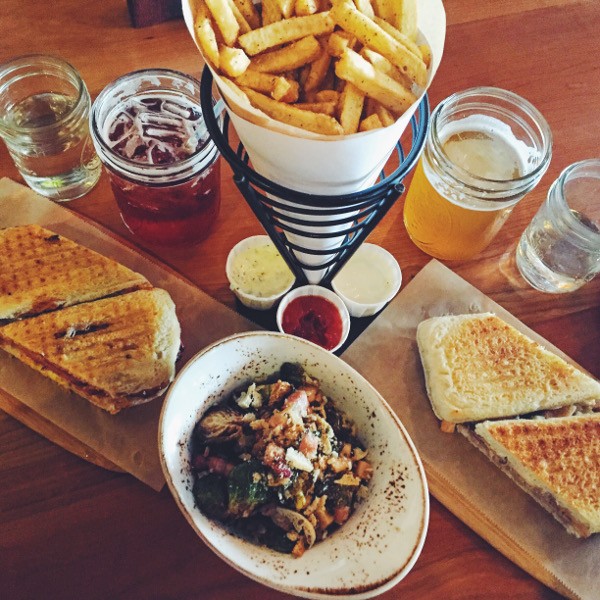 Duckfat – the restaurant name says everything you need to know about this place. They have Belgian-style french fries, fried in duck fat. They also have various dipping sauces for the fries, which is a big plus in my book. Plus paninis, soups, salads, charcuterie, sodas, milkshakes, beer, and wine. We tried the duck confit panini and the smoked brisket panini. Both were very good, but the star of the meal were the hand-cut fries dipped in garlic mayo. The day that we were there, they also had brussells sprouts (also fried in duck fat) tossed in a vinagrette, with pickled apples and thick cut bacon. I could’ve made a meal out of those sprouts and fries. I should’ve. Next time, Duckfat, I’ll be back to do that.

Eventide Oyster Co. – here are the best lobster rolls I’ve eaten in my life! And I’ve scarfed down a lot of lobster rolls over the years. Each bite was bursting with the succulent meat of the sweet crustacean, bathed in nutty brown butter, enveloped in the softest bun, finished with a sprinkling of chives. The lobster rolls are small, but luxurious and filling. And you’ll want to save room for the other outstanding dishes from the Eventide menu: the lobster stew, the roasted cauliflower in barbecue sauce, the buttermilk fried chicken buns (!!), peekytoe crab roll, and the desserts. Come hungry, leave very happy. 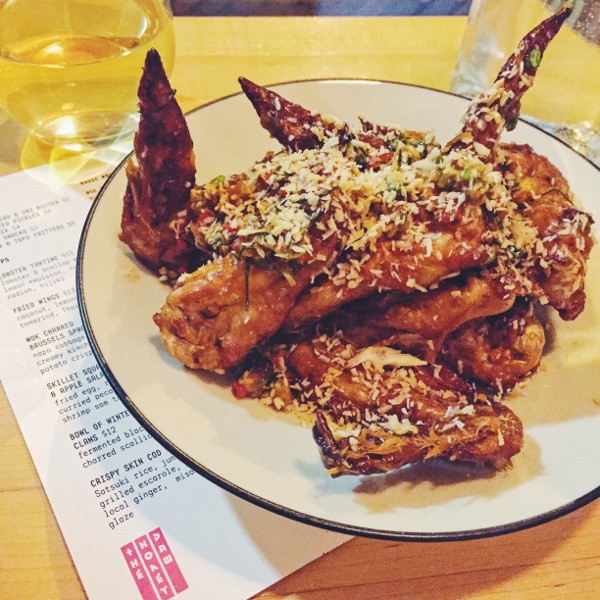 The Honey Paw – owned by the same team as Eventide (and right next door), this place feels like the epitome of modern Maine cuisine. There’s a lot of fresh New England ingredients, but prepared with Asian influences. I was a big fan the crispy skin cod and these fried wings with coconut, lemongrass, tamarind, and Thai chilies. I was also enamored with the dessert: soft serve ice cream with caramelized honey, honeycomb, and a chocolate shell.

(Yes, I consider pie as a separate meal category.) 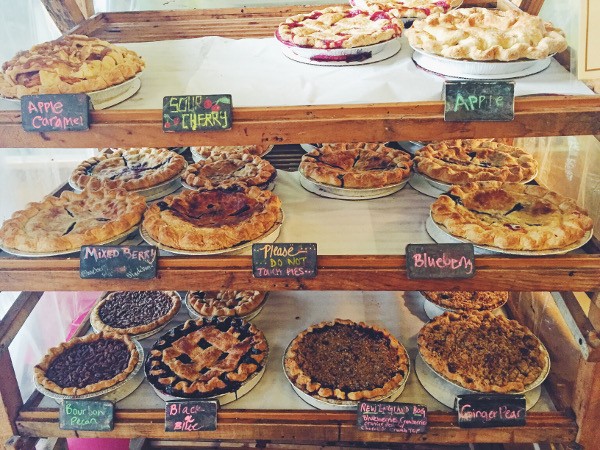 Two Fat Cats – get the blueberry pie (you’re in Maine!) Then get another pie (you’re on vacation!) Maybe bourbon pecan. Maybe apple. Or something with chocolate. Then maybe try a whoopie pie?Everything will be delicious. There are no seats at this bakery, and you might be tempted to dig into your baked goods right outside the front door (I don’t blame you / I may or may not have done the same). Do what you must, just get some pie.

Portland is just a short 2-hour drive from Boston, and as part of the #LexusEats program, Lexus generously loaned us a new Lexus NX for the trip. Matt loved driving it… and I loved being on the passenger’s seat, free to take selfies. 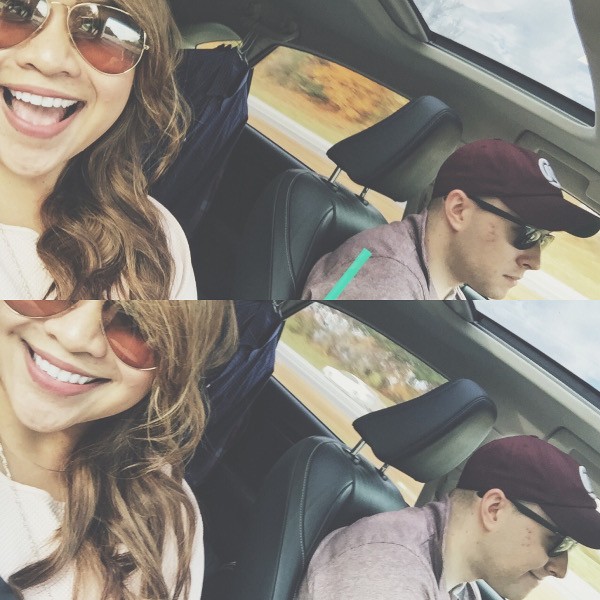 We had an amazing food-filled weekend getaway. I definitely recommend making the trip the Portland, whether you are in New England or further away. It’s a charming city filled with mouth-watering food, and we’re definitely planning another trip next year.

What was your favorite travel destination in 2015? I’d love to hear about it!

14 Responses to “What to Eat in Portland, Maine”