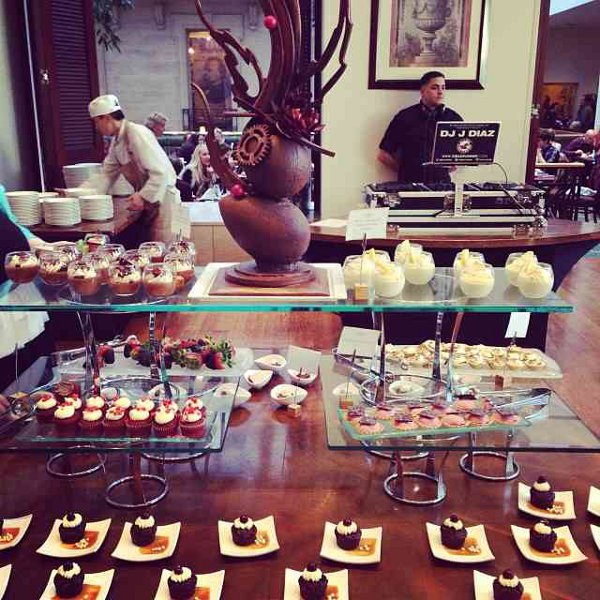 A three hour tour around Boston focused solely on chocolate, and culminating at the ultimate chocolate bar? That’s this chocoholic’s dream come true!

Last weekend I had the great pleasure of going on Boston’s Original Chocolate Tour. I’ve been on other food tours before, but they’re mostly walking tours with a big emphasis on food; this is the first tour I’ve been on that was purely about chocolate. We were in one of the Old Town Trolleys (if you’re from Boston, you’re probably familiar with the sight of those bright orange trolleys with the green roof) and we went around the city, visiting three landmarks and savoring decadent chocolates at each stop.

Old Town Trolley’s Boston Chocolate Tour is a fully narrated 3-hour trolley tour featuring luxurious desserts and fun chocolate trivia about Boston. For instance, did you know that the country’s first chocolate factory was located in Dorchester? I found out just last year and was tempted to move there! Or did you know that Tollhouse chocolate chip cookies were invented in Massachusetts? We live in a great state. 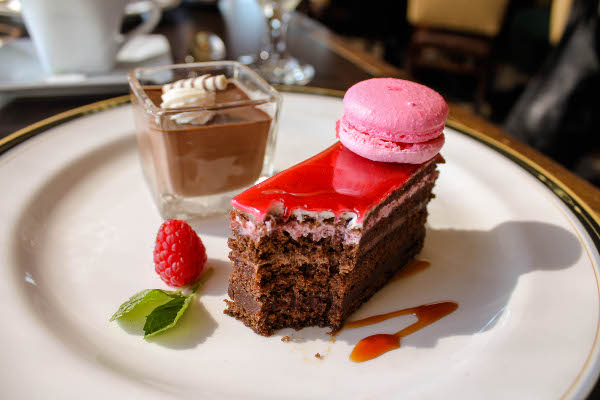 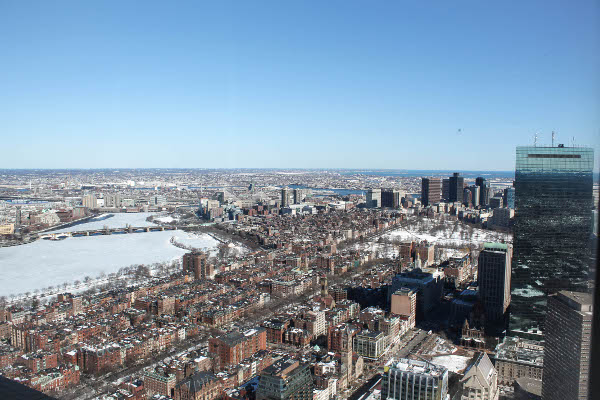 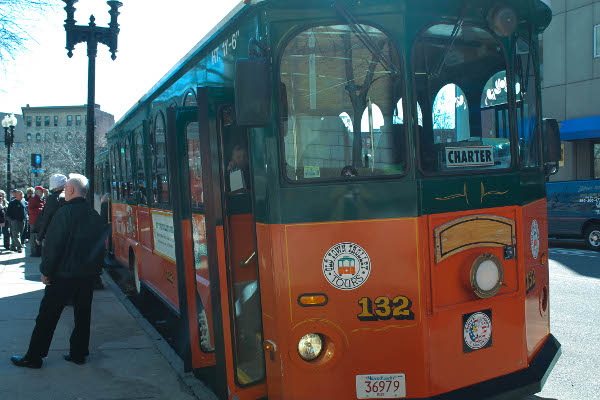 The first stop of our chocolate tour was the beautiful Top of the Hub, which was located on the 52nd floor of the Prudential building.  I’ve been there multiple times but always at night; the daytime experience was equally fantastic and gave us sweeping views of the city and the Boston skyline. Three’s a new dessert selection each week, and when we were there, we had a raspberry chocolate cake paired with a mild chocolate mousse, and a teeny French macaron. 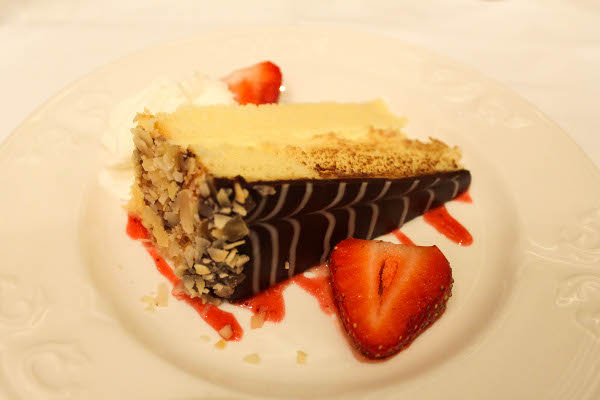 The second stop was the Omni Parker House. This grand luxury hotel has been ingrained in Boston’s rich history and culture. Another fun fact: the Boston Cream Pie was invented at the Omni Parker House! I’ve tried many other Boston cream pies, but I have to say that this one was the best. Maybe I was swayed by the fact that I was eating it from the original source, but it was hard not to finish the entire slice (I was trying to save room for the last stop). We also had a blast listening to the stories about the hotel’s most distinguished visitors – and ghosts!

The last – and my favorite – stop was The Chocolate Bar at Cafe Fleuri at the Langham Hotel. I’ve been to Cafe Fleuri before, and the last time I tried the buffet brunch was three years ago (I fell in love with their chocolate bread pudding then, and the sentiment is still true now). But the chocolate buffet is a whole different beast. Or more appropriately, a whole different beauty: 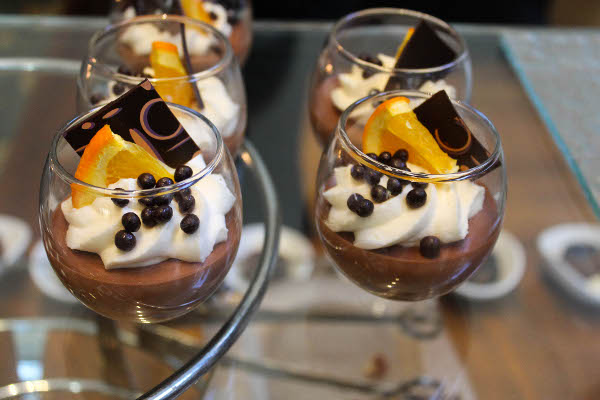 There were truffles, puddings, cakes, pies, pastries, crepes, chocolate fountains, ice cream, candy, AND cocoa-infused martinis. It took me a few minutes to get my bearings after taking so many photos, but my friend Val and I thoroughly enjoyed this chocolate heaven.

I loved all the desserts we tried during the entire tour, but what really made the tour very enjoyable was the narration from our trusty tour guide, Jeff. I learned a lot of Boston trivia and other fun facts about chocolate. I especially liked hearing about the history of the big brands that I know and love – Godiva, Lindt, Ghirardelli, Guittard.

In addition to the dessert at the Top of the Hub, the slice of Boston Creme Pie, all the chocolate we can eat at the Langham, we were also provided gift bags with more chocolate favors from local chocolate purveyors. This tour would be a wonderful gift for chocolate fans, and I’m already thinking of taking friends and family who will be visiting me soon. It was such a treat, and something I would always remember!

Disclosure: I was given two complimentary tickets for Boston’s Original Chocolate Tour. The tour is $75 per person and you can call 617-269-7010 for reservations.

Have you ever been on a chocolate tour?