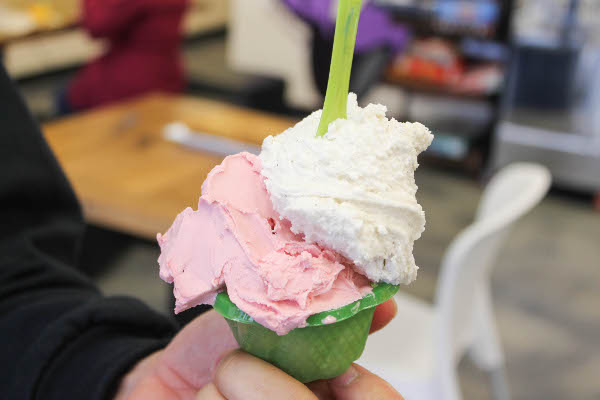 We were there for gelato, but the first thing I tasted was the pina colada sorbet.

Smooth, sweet, and super creamy, it was hard to believe it was vegan. I asked for another spoon and swooned. Then we tried the gelato. Oh, the gelato! Dense and soft and luxurious. I declared I was in my happy place.

We were at Pazzo Gelato Cafe in North Andover, and as I savored each spoonful of gelato, I remembered my wonderful trip to Italy with my parents, where we ate gelato every day. (Check out my vintage posts about Milan, Venice, and Tuscany.)

I love both gelato and ice cream, but to me gelato tastes just a little bit more decadent. There are a few differences between gelato and ice cream: gelato has less butterfat, it’s more dense (ice cream is fluffier), and gelato is actually served at a slightly lower temperature than ice cream. SeriousEats explains it well, but essentially gelato is just Italian ice cream.

They baked the cookies early morning, then I came in with my friend Mike to try the best gelato pairings. 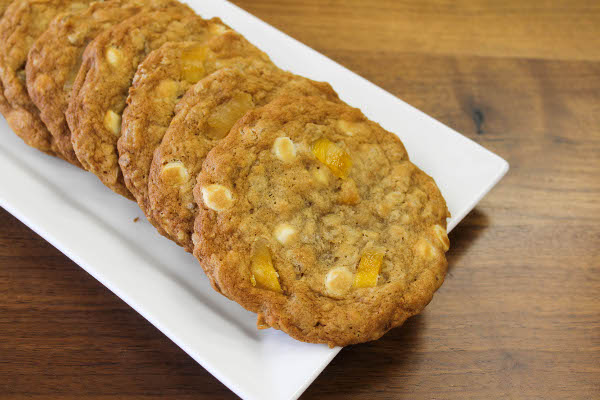 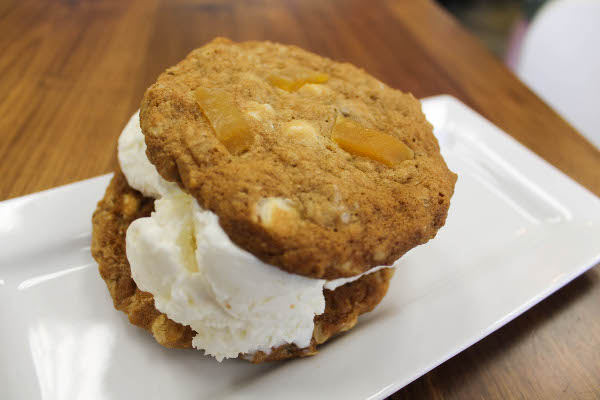 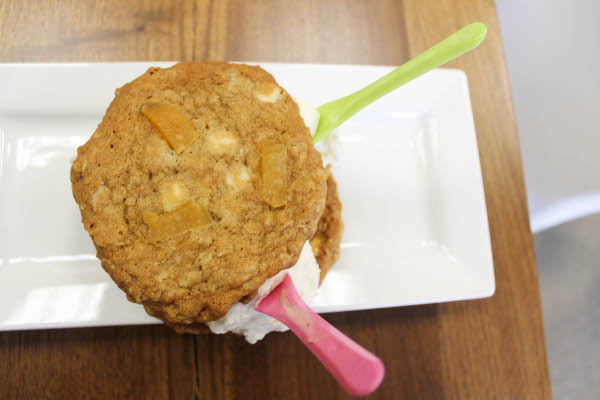 After trying several flavors (coconut, banana, chocolate, lemon, vanilla), we ended up using toasted almond coconut gelato to make the massive gelato sandwiches (3 scoops of gelato between two large cookies). The toasted almond coconut paired really well with the oatmeal mango cookies. I love the smoothness of the gelato and the chewiness of the cookies. It was one sandwich I would like to eat all the time. 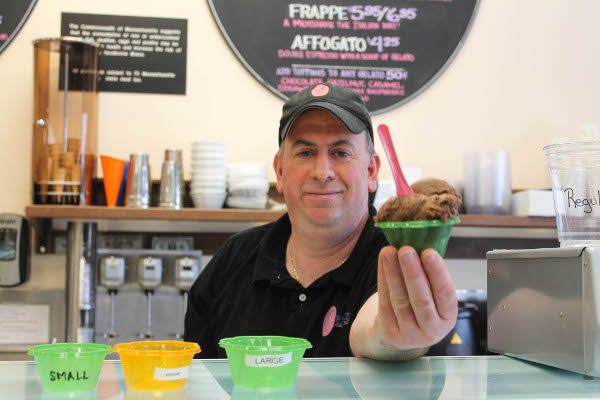 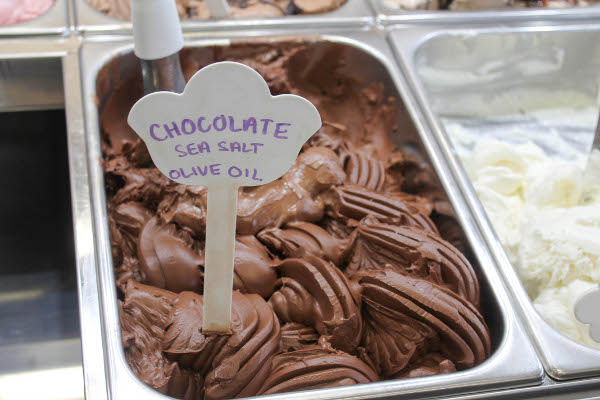 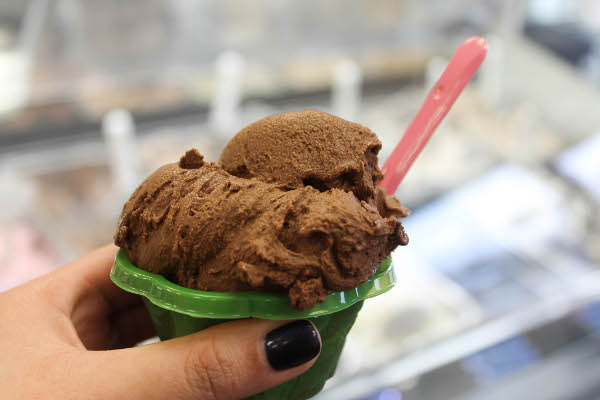 I had the pleasure of talking to owner Jim Demotses, who was incredibly nice and welcoming. That’s him in the photo above giving me a scoop of chocolate sea salt olive oil gelato. (That’s right: chocolate. sea salt. olive oil.) Jim walked us through how he churns out small batches of fresh gelato every day, made from fresh local milk and fresh fruit. I could really tell how passionate he is about his products and his craft. 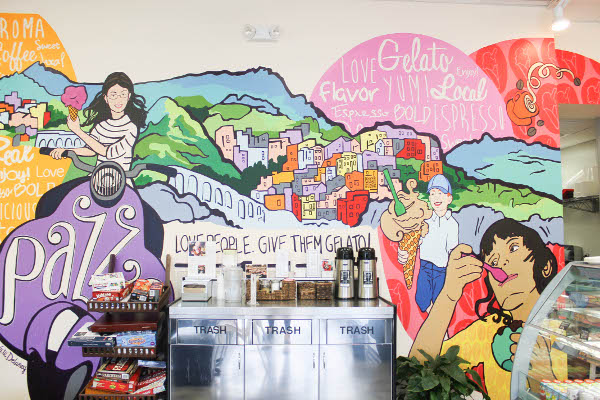 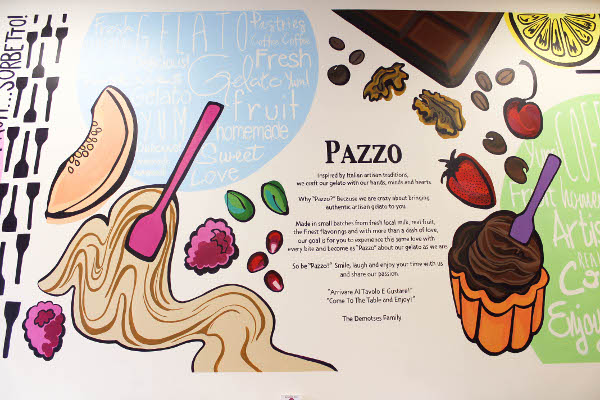 The interiors of Pazzo Gelato Cafe are bright and cheery, and I loved hearing the stories behind the murals. Jim’s favorite movie is Willy Wonka and the Chocolate Factory so that was the inspiration for the hand-painted drawings on one side of the wall (remember the lickable wallpaper?) The other mural represents Jim’s family and the city of Salerno, Italy (where his wife’s family lives).

The word pazzo means “crazy” in Italian and Jim is crazy about making fresh artisan gelato. I’ve always believed that food made with love always tastes better, and that’s the case with Pazzo. I truly enjoyed my visit, and of course I was elated over the Confessions of a Chocoholic Gelato Sandwich!

While I don’t have any immediate plans to go back to Italy yet, I am definitely looking forward to driving to North Andover again for another taste of Pazzo gelato.

Do you have a favorite gelato flavor? Mine is hazelnut. And pistachio. And coconut.