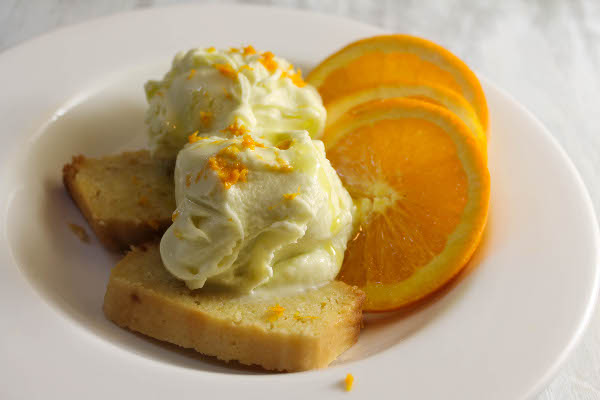 You guys, this was RIDICULOUS.

The rum-soaked cakes were sweetened with orange marmalade, but stayed tangy and soft thanks to buttermilk. And the olive oil gelato was sooooo creamy and pure-tasting. The textures and flavors together were spot on.

Do you like how I just casually said “olive oil gelato” like it was no big deal, like it was something I always have in my freezer like my favorite strawberry Haagen-Dazs ice cream?

I wish I could have olive oil gelato every day but I do not know how to use liquid nitrogen. That’s right, folks, liquid nitrogen. My friend Dan over at The Food in my Beard has all the details for Olive Oil Gelato, but you’re going to have to stay with me for cake. 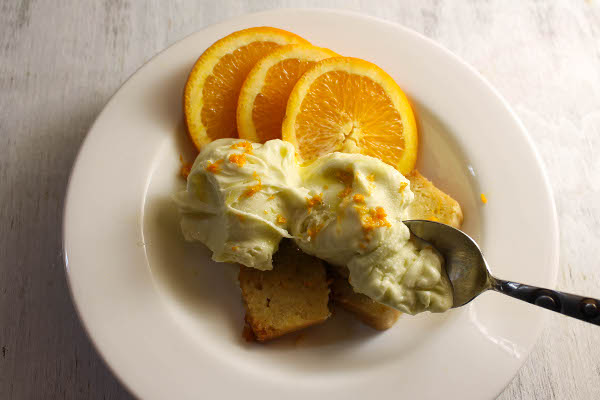 When Dan and I first started talking about a dessert we can make together for Supper Club, he had the brilliant idea to make olive oil ice cream and for me to make a cake with a citrusy flavor profile. I was originally going to bake a lemon cake, but that little blizzard Juno happened and I panicked at the grocery store and forgot to buy lemons. Whoops, so that was a setback.

But as my favorite philosopher/life guru Lululemon said in a manifesto, “life is full of setbacks. Success is determined by how you handle setbacks.”

And good golly, everyone knows I handle setbacks with alcohol!

I also always have oranges on hand, so I decided to make these cute little orange pound cakes instead, and boozed them up real good. I tweaked the recipe very slightly, swapping buttermilk for sour cream, using less eggs, adding more rum. I didn’t reduce the rum this time, and I doubled the orange juice and orange marmalade. Most importantly, I let these cakes rest in their rum baths for two days, adding half of the rum mixture immediately after baking, and the other half after an overnight stay in the fridge. 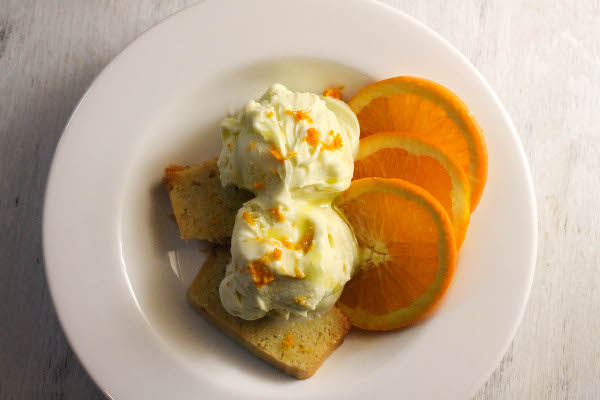 The resulting cakes were more rum cakes than pound cakes, and definitely more dinner dessert-fare than breakfast. It could pass for a snack though. Especially if you’re stuck at home during a snow storm, and you just want a little sliver in the morning. That’s totally acceptable.

Take note that these cakes need two days to absorb the rum syrup.

Recipe for Olive Oil Gelato can be found at The Food in My Beard. 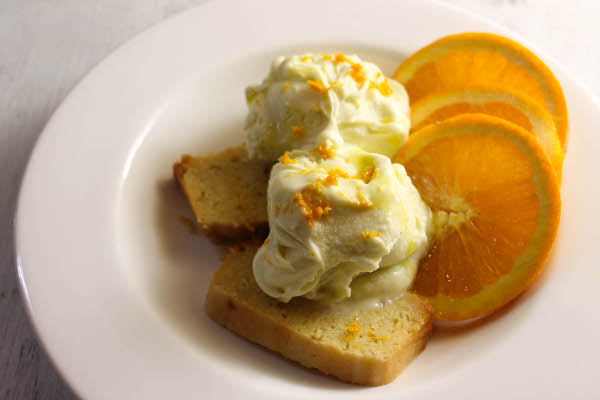 Head over to The Food in My Beard for the Olive Oil Gelato!