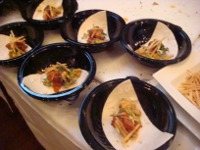 Yesterday, I attended the first annual Poe’s Kitchen Burrito Bowl. It was held at the Rattlesnake Bar and Grill, and featured some of Boston’s top chefs in a culinary competition on who can come up with the best burritos. Attendees can sample the burritos in bowls, and we were given ballots so we can vote of our favorite.

The chefs who competed were Jose Duarte of Taranta, Laura Henry-Zoubir of Church, Andy Husbands of Tremont 647, Jason Hutchinson of Boloco, Brian Poe of Poe’s Kitchen, Erwin Ramos of Ole, and Jason Santos of Gargoyles on the Square.

My friends and I arrived a little before 2 pm (the event started at 1 pm and was scheduled until 4 in the afternoon) and the Rattlesnake was PACKED! We bought our tickets in advance through Gilt City and we’re lucky we did because the event was sold out. We headed straight to the back to drop off our coats and decided to make our way there for each burrito station. But first, we did some complementary Jose Cuervo margarita shots. Mmm-mmm, shots at 2 pm on a Saturday. I love weekends. 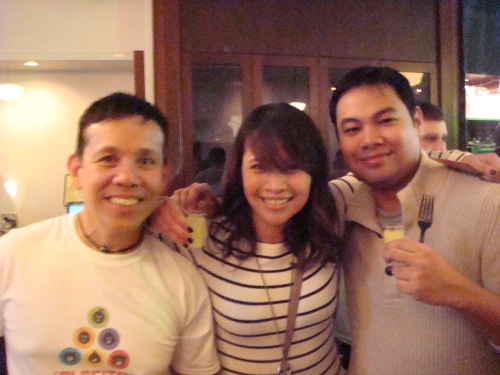 We chatted a little bit with fellow-Filipino Chef Erwin Ramos (of Ole and Olecito). Clearly Brian and I really liked the Jose Cuervo shots and didn't even want to put them down for a photo op.

Ole’s burritos were the first to run out, so we didn’t get to try any of the braised pork burritos. It’s okay with me though, because I’ve been to Ole multiple times (I love the tableside guacamole) and also because there were um, six other burrito bowls we can try.

I used my buffet strategy for Burrito Bowl – only took a bite of each bowl, and saved room for the ones I really liked. My favorite one was the burrito from Church. I’ve actually never been to the restaurant in Fenway, but it’s been on my list for quite some time now. 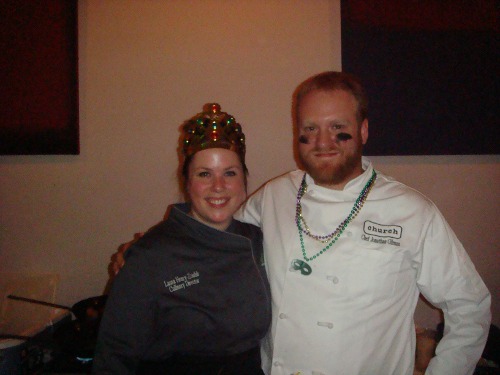 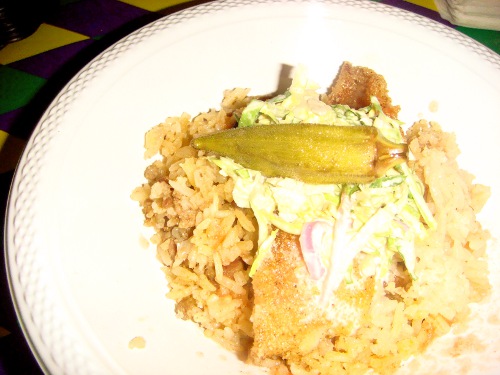 I can easily argue that most of the burrito entries did not look nor taste like regular burritos (the only one in a wrap was Poe’s Kitchen’s duckfat-poached chicken version) but they were all very delicious. And creative, too. The burrito that ended up taking the People’s Choice awards (most popular) was the version from Gargoyles on the Square, which was served on a bed of Fritos. 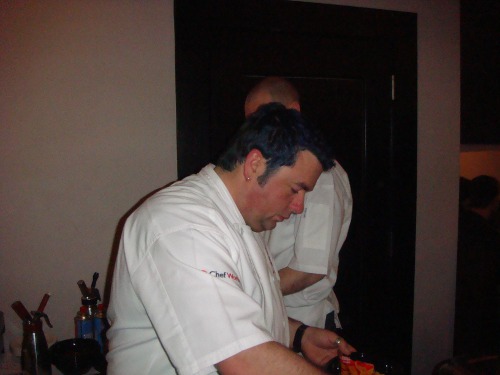 The competition was judged by the Boston Herald’s Burrito Boy, UrbanDaddy Boston editor Dan McCarthy and TV Diner host Jenny Johnson. And the winner was… 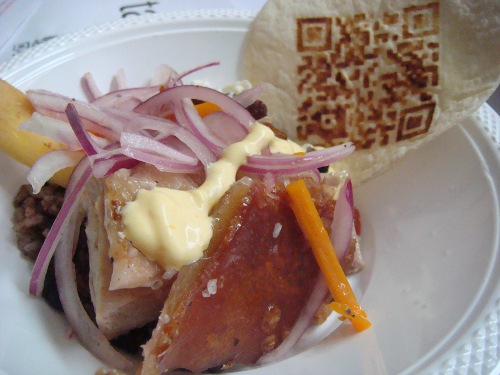 I’ve been open about my love of pig, so biting into the this crispy skin joyfully reminded me of lechon from the Philippines. The roasted suckling pig was served with cuban rice, plantains, cheese and fried yucca. There was also something else that was very interesting about Taranta’s dish: do you see the little tortilla with the bar code? 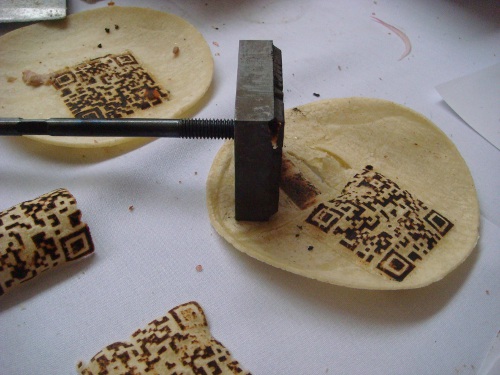 each tortilla is imprinted with a QR (or Quick Response) code, which you can scan with a smartphone. You'll then get directed to Taranta's website with the recipe!

I find this fusion of technology and gastronomy to be captivating. Chef Jose Duarte is trying out these scannable codes in Taranta. I was able to speak with him for a little bit and he said he’s been experimenting with these, stamping them not just on paper (and tortillas) but even on tuna. I scanned one of the tortillas with my  iPhone and was directed to the Taranta recipe for Cuban Style Suckling Pig Roast. 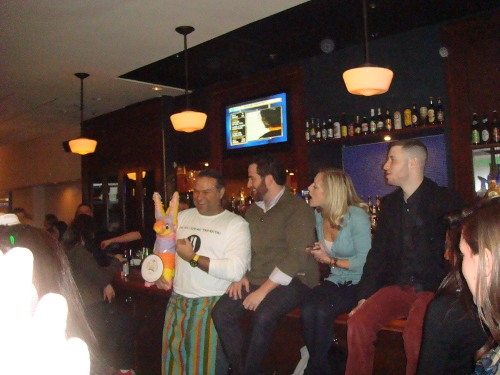 the winning chef with the Burrito Bowl judges

I had a really fun time at the first ever Burrito Bowl, and I think future events will be even better, as there were a couple of things that could still be improved for next year. For instance, it would’ve been really helpful if each chef/station has a description of the burritos they are preparing (yesterday only Church displayed a visible description of the dish). Also, the chefs/event organizers should make sure each that each chef has enough food for everyone. I know a lot of people were disappointed because they weren’t able try Ole’s burritos.

It was also nice to be in a pretty intimate venue and mingle with everyone. And of course I enjoyed bumping into other bloggers! I saw Jacki and Meesh of Just Add Cheese, Nicole of I am a Honey Bee and Will The Boston Foodie. Will introduced me to Chef Tiffani Faison who was incredibly friendly. She chatted with us about all the burritos and Top Chef All Stars (I can’t wait for the finale!). 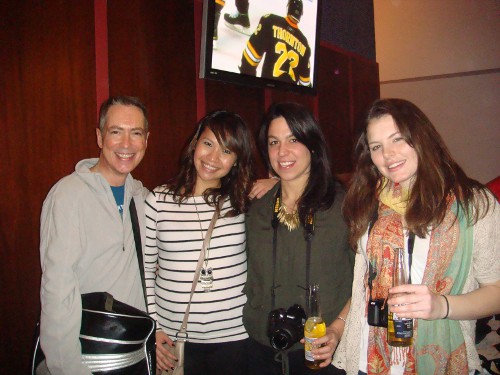 with Will, Jacki, and Meesh

On another note, today I am going to announce the winner of my One Big Table giveaway! I used a random number generator, and the winner is Daisy from Indulge Inspire Imbibe! Congratulations, sweet Daisy! Email me your address and I’ll mail you a copy of One Big Table soon.

Hope you’re all having a fun weekend!  Have you encountered a scannable code/QR code in a restaurant yet?