I’ve said before that I’m not a huge fan of most beers, but when I hear the words Chocolate and Beer Pairing, guess what: I become an instant, converted beer drinker.

I never would’ve thought of pairing chocolate and beer – it’s not as popular as chocolate and wine – but surprisingly, the two actually go well together.

Not surprisingly though, my favorite pairing includes the sweetest beer.

I received a tasting basket from Equal Exchange and Harpoon – both companies were started in the Boston area by founders who were looking to do things differently in the food and beer industries. 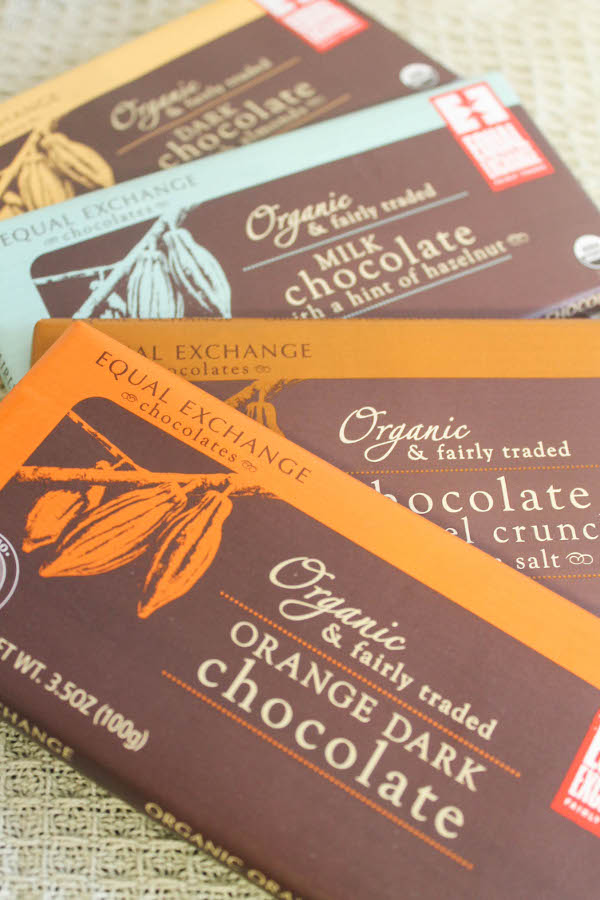 I’ve never actually tried Equal Exchange chocolate before receiving the samples,  but I have heard of them. Equal Exchange is a fair-trade organization and they offer organic chocolate, coffee, tea, olive oils, nuts, and other products.

But Harpoon, Harpoon, I know. In fact I’ve had multiple bottles of Harpoon beer (even if “I’m not a big beer drinker…” ha!) – sometimes even immediately after running a race (I ran the Harpoon Brewery 5-miler last year and will be running it again next week). 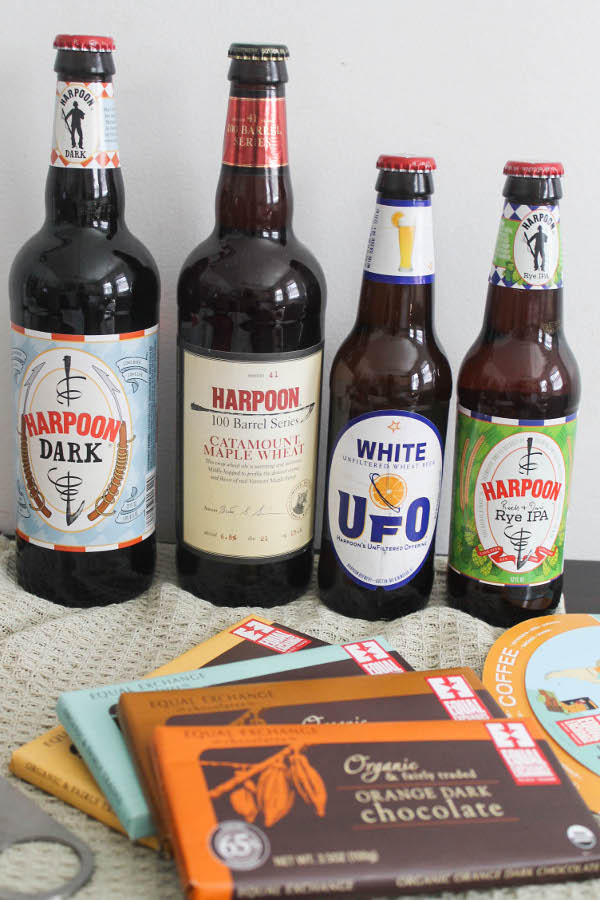 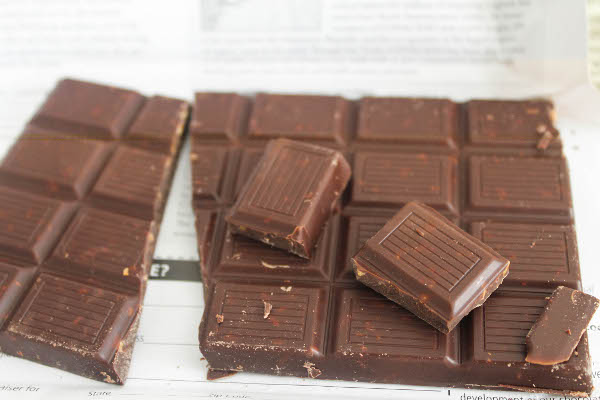 So I was really happy to receive free samples of chocolate bars and bottles of beer (thanks again, Terry!). But let’s be honest here: I broke into one of the chocolate bars already while I put the beers in the fridge to chill…

Equal Exchange is actually running a contest where they are giving away tasting baskets and a private event at Harpoon Brewery. The contest is running until Friday, so if you’re older than 21 years old and live in the US, you still have a few days left to enter. 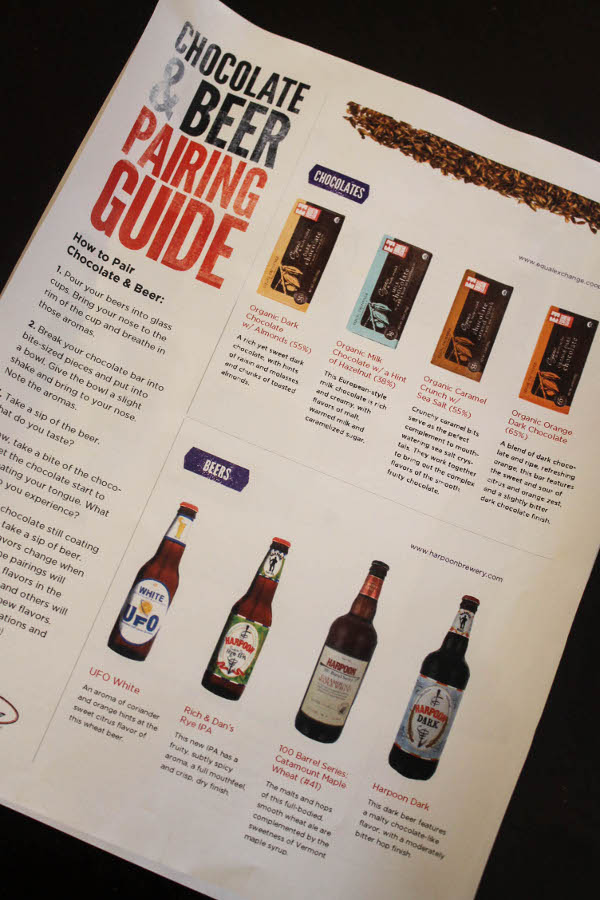 There were some suggested pairings: 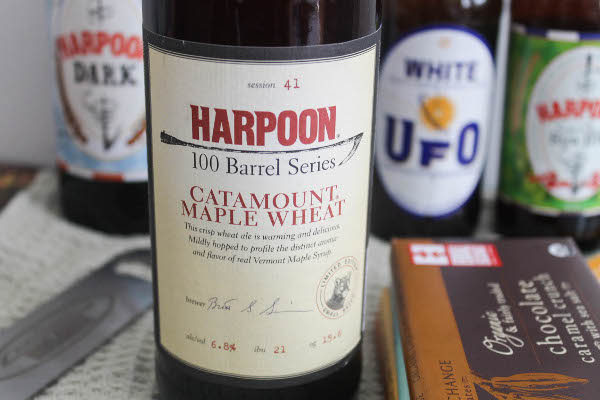 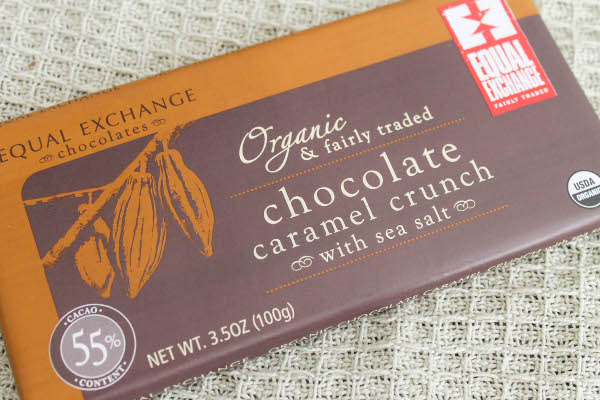 But I experimented with other combinations, and the one I like most is the Caramel Crunch with Sea Salt + Maple Wheat Beer. The maple beer is rich and sweet, and the chocolate brings out the maple flavors nicely. 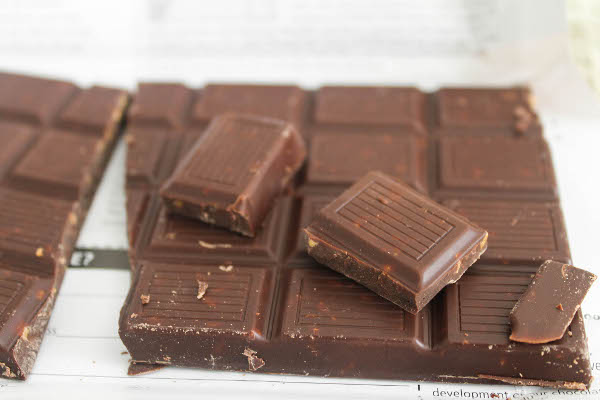 And as some of you may know, I am a sucker for salted caramel and all kinds of desserts with those flavors, so this bar was an easy favorite. The dark chocolate bar is creamy with a slight smokiness, and it is balanced by the sweet, crunchy caramel pieces and tinge of salt.

Have you ever tried pairing chocolate and beer? Tell me about it. And if you are entering the Equal Exchange contest, good luck! I hope one of you guys win a tasting basket or the Harpoon Brewery private event for you and twenty of your friends!

31 Responses to “Chocolate and Beer Pairing”