Fried gator? Frog legs? Steamed mudbugs? We must be in… Harvard Square.

(Mudbugs are crawfish, by the way.)

It was my first time at First Printer, the new restaurant in the space formerly occupied by Herrell’s Ice Cream. The vault is still there, but gone are the colorful murals (and sadly, the ice cream). In its place is sleek red walls and exposed brick, plus a large bar in the middle. The menu is filled with Southern-inspired dishes – from shrimp and grits, to Texas brisket, to seafood gumbo. And the swamp bowl, which included the fried gator. 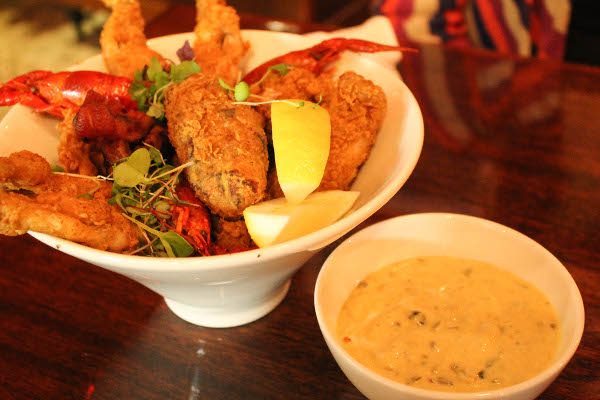 How did it taste? Not like chicken. More like… pork. I felt like I was eating a pork rib. A slightly tough but tasty pork rib. And the frog legs didn’t taste like chicken, either. It tasted more like fish/seafood. I liked the gator better than the frog. 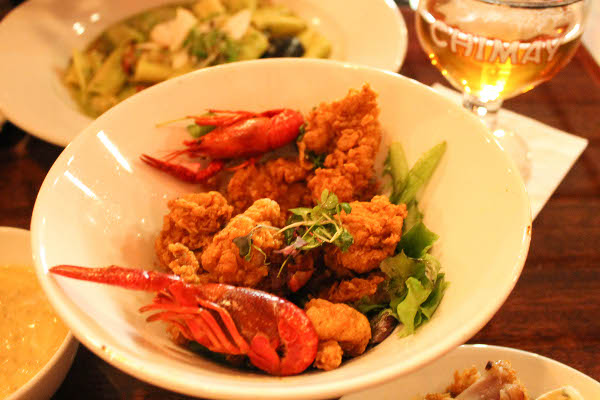 As for the mudbugs – well, I didn’t want to get my manicured hands dirty, because that s**t cray(fish)! Sorry, I couldn’t help it. I don’t know when else I can include a Jay-Z/Kanye reference while linking to a Real Housewives link (from that episode where Vicki had a Cajun themed party). Did I tell you guys that I was at the Watch the Throne concert a few months ago and we had floor seats? We were about 10 feet away from Jay and Kanye at one point. And Kanye looked straight at me while he was singing Heartless. True story. I didn’t talk to him for days after that. 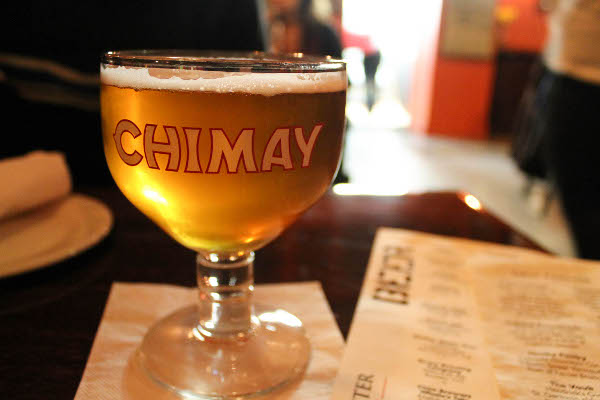 First Printer also has some good libations: draft beers, lots of bourbon, small-batch wine, and cocktails, but I wasn’t feeling that great that night and instead sipped on water (fun!). My friend Mike, who has been my regular date lately, ordered a Chimay.

We tried a couple of pasta dishes for dinner: 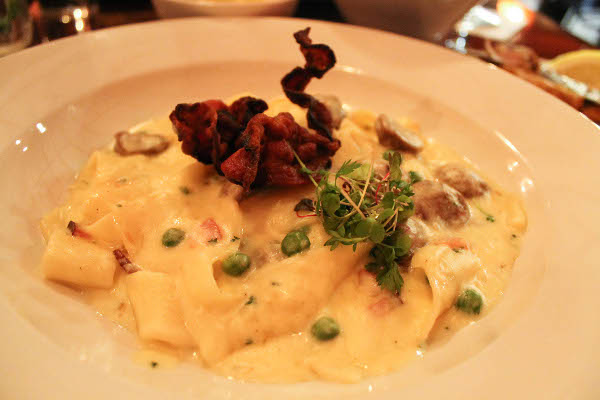 The Wild Boar Carbonara with smoked gouda and spring peas was a little bit too salty for me (and to think I like salt). I think next time I am craving carbonara I will just peruse Daisy’s blog for some North End recommendations. 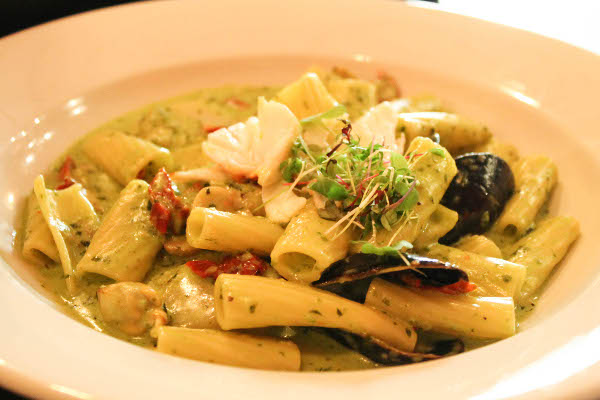 The Seafood Pesto Pasta, on the other hand, was perfectly seasoned and chock-full of shrimp, scallops, crab, and mussels. 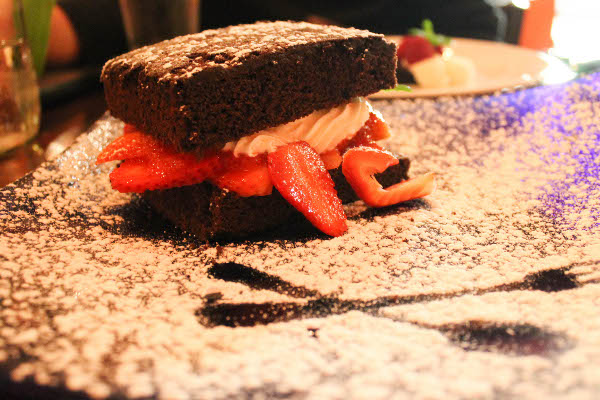 For dessert, we tried the chocolate strawberry shortcake. Obviously we were trying to eat healthy that night.

I liked my first experience at First Printer. Our server was really nice and attentive, and the place is warm and welcoming. I would like to come back and try other items on the menu, particularly the grits, the crab cake po boy, and the cajun broiled striped bass. Most probably not all at the same time, though.

As for the Swamp Bowl, I think I prefer hog wings over alligator and frog legs. But I sure am glad I can tell people that I had fried gator!