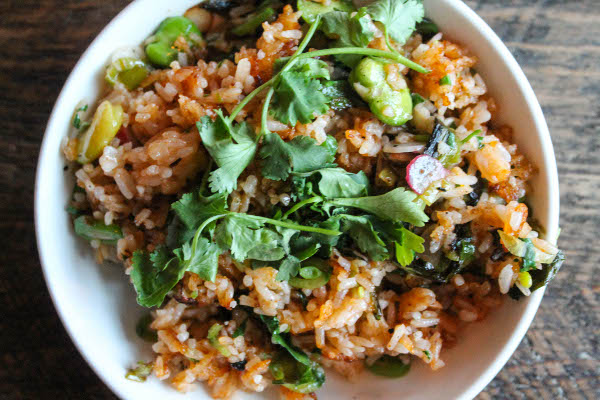 I’ve heard many good things about La Brasa and I’m happy to say that they were all right.

It all started with the Mexican fried rice with charred scallions and spring beans. One of my friends told me that’s a “can’t miss” dish, so I definitely wanted to try it. But technically our meal didn’t start with it. It started with the cheese plate, and ended with the butterscotch pudding, with many delicious things in between.

Also, there’s the fact that I may have had the best steak I’ve eaten this year (so far). That’s a big claim, I know, because I am a very enthusiastic carnivore. At La Brasa, the rib roast is sliced tableside, priced by the ounce, and served with chimichurri. Tender, perfectly cooked, with pockets of fat, we didn’t even wait to order any appetizers first before we requested a slab for the table. 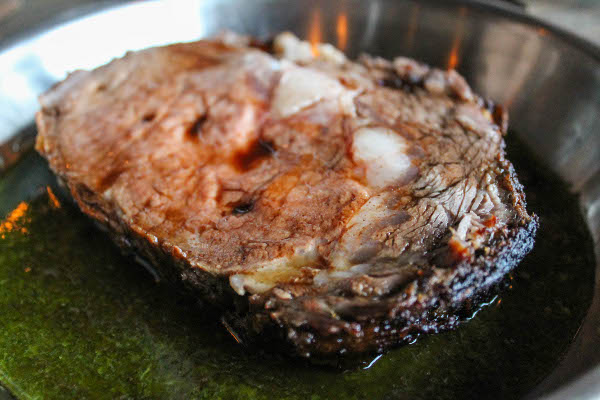 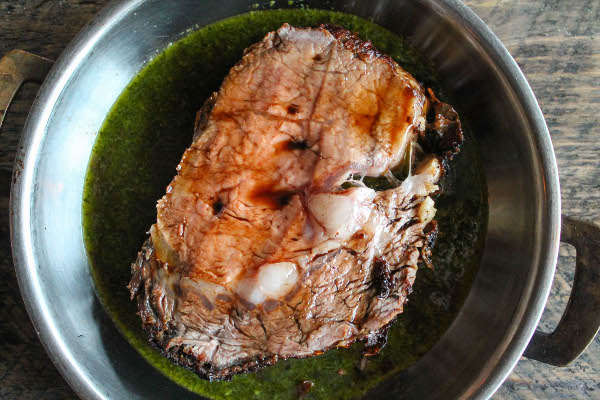 Just look at that roast! I was with Megan, Daisy, and Emily, and between the four of us that steak disappeared pretty quickly.

La Brasa is one of the newest restaurants in the city – and it’s not even in the city, it’s in East Somerville. Chefs Daniel Bojorquez and Frank McClelland showcase culinary influences from Mexico, Peru, and the Middle East, so the cuisine has a lot of strong flavors. The vibe of the restaurant is casual and family-friendly; the bright expansive space, reclaimed wood tables, and large windows all lend a certain rustic-chic feel. 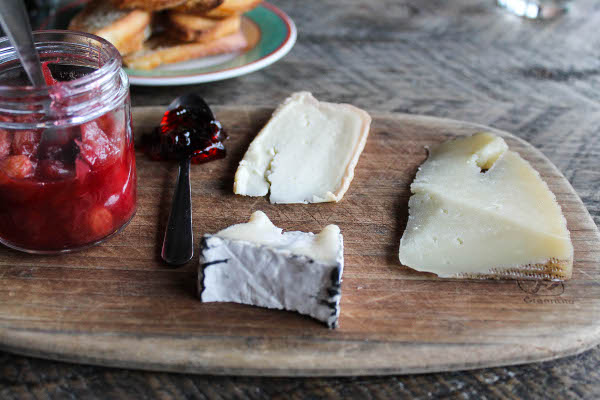 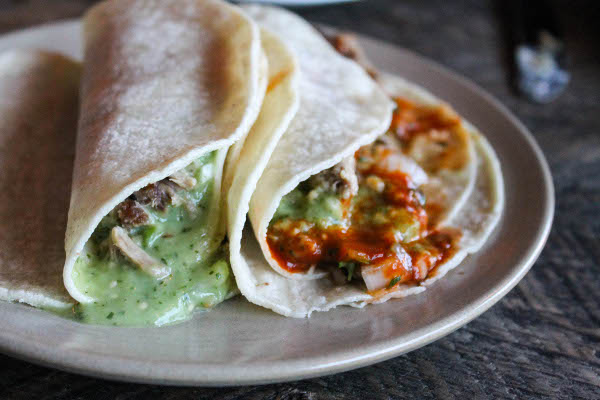 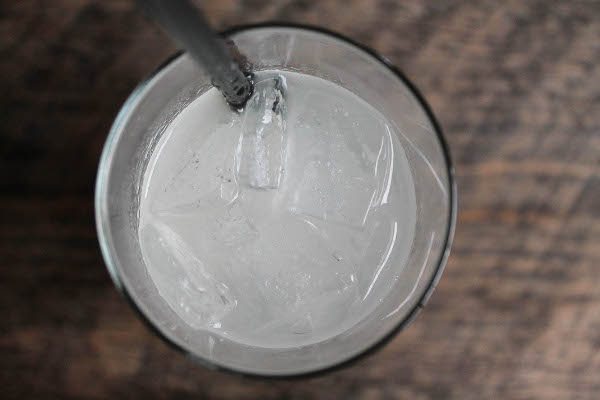 For appetizers (in addition to the rib roast… have you ever had steak as an appetizer?) we ordered the cheese plate and the carnitas tacos. We also ordered a bottle of the special Paloma cocktail, which looks plain and came in a nondescript bottle, but tasted like the purest essence of summer. Palomas are tequila-based and mixed with grapefruit soda or grapefruit juice. Our nice server informed us that we actually ended up getting the last bottle of the evening, which was a shame because I wanted to order an entire bottle just for myself (no shame).

Then we went to town with a few more entrees and sides: 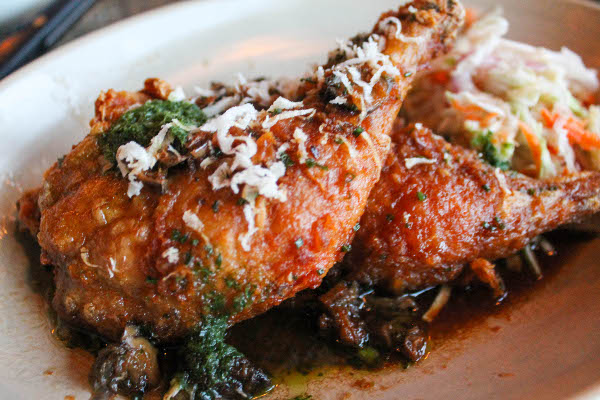 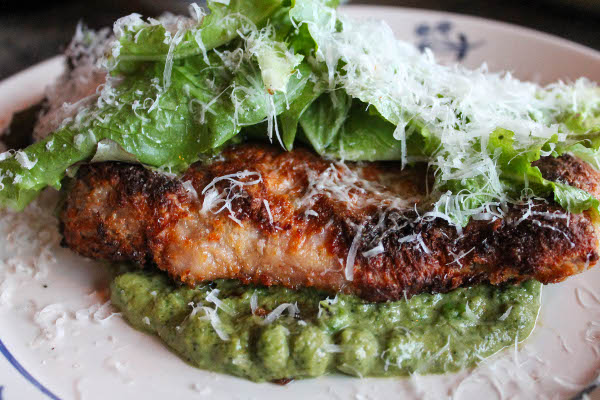 I liked the fried chicken the most (when did I ever not like fried chicken?) followed by the pork milanese. The soft shell crab was a little too salty for me, and I thought the pickled egg would be pickled quail eggs (like the ones from Steel & Rye) but I still liked both. 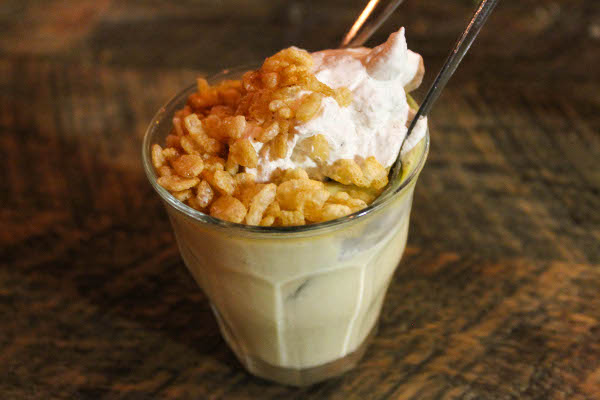 The butterscotch pudding was the perfect nightcap, and I love that it was topped with fresh whipped cream and crispy fried rice puffs. 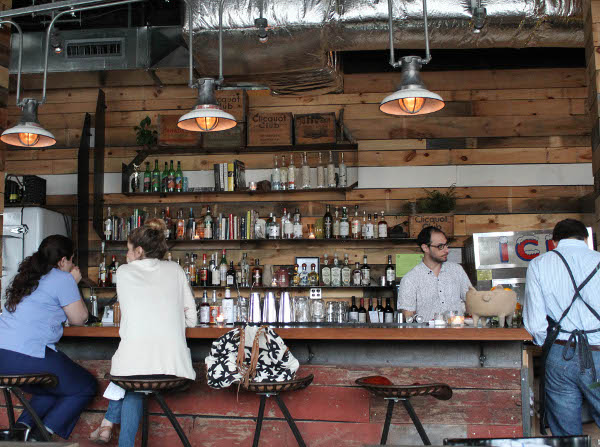 I really enjoyed our meal at La Brasa and I want to make plans to come back again soon. I like that almost all of the dishes are made in the central wood-burning oven, and I’m digging the fun and welcoming atmosphere. Next time I want to check out the market that’s attached to the restaurant, maybe hang out at the bar, or try their new lunch service. Except the rib roast isn’t served at lunch so scratch that. I’ll be back for dinner again soon!