No, not the kind of heat that I’m usually salivating about.

I’m talking about heat from hot yoga. (Let me interrupt regular food programming to talk about my other love for a moment.)

And now, a confession: Bikram, I’ve been cheating on you.

Many of you know about my devotion to Bikram yoga. I have always loved it and will always do, and I credit my regular practice for a lot of things: increased endurance, strength, flexibility, clearer skin, better sleep, healthier me. But some time during the last quarter of 2011, I let myself go for weeks without attending a session (I usually try to go about once a week or so). And then the holidays happened, and uh, I met someone else. 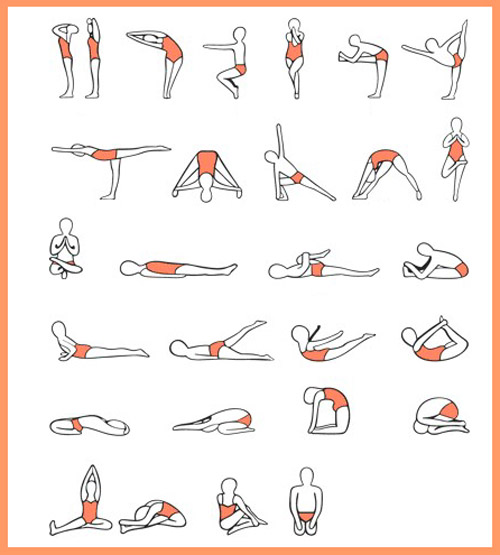 My sister Patty introduced me to hot vinyasa (it’s a kind of yoga, not a kind of hot sauce). I’ve only tried a different form of yoga other than Bikram twice before this: one, a hatha yoga class where I ended up falling asleep during one of the floor poses (giving me unending shame that I vowed never to do it again), and two, a “yoga for beginners” class at my gym. My sister, bless her generous toned athletic self, played yoga instructor one day in December and taught me how to do sun salutations and Warrior I and II and all sorts of other poses which I promptly forgot. Then she went with me to a hot vinyasa class at my friend’s yoga studio in Manila, where I stretched and sweated (but not as much as I sweat during Bikram) and cursed internally (again, not as much as I usually do during Bikram) and left the class feeling strong and cleansed and relaxed. And suddenly, I felt the blossoming of a new yoga crush.

When I got back to Boston, I bought a Groupon for hot power yoga classes at Prana Power Yoga in Central Square (and didn’t renew my Bikram class pack). I started going every week, and recently bought a LivingSocial deal again to continue going to the same studio. The yoga crush has turned into a full-blown affair. I was suddenly involved in a hot, new, exciting relationship. The power yoga classes felt completely different than the Bikram sessions that I’m used to.

Different, but not necessarily better. Like I said before, choosing a yoga practice is a highly personal decision, and experiences and reasons vary for everyone. I found three three main differences when comparing my two yoga practices:

2. Bikram yoga is about structure (the same 26 poses for every class), but each class at the Prana studio is different, depending on the instructor (with or without music, more or less time for meditation, different flow of poses, etc). Bikram instructors encourages every student to do the same pose at the same time, but power yoga instructors encourage students to go at their own pace.

3. Hot power yoga doesn’t feel as torturous as Bikram, but that doesn’t make it any less hard core. Some of the poses require serious strength and concentration. Everything felt so new and unfamiliar, and I didn’t push myself as hard because I am still busy trying to understand each pose. I didn’t “kill myself,” as Bikram instructors so gleefully say. I fell in love with Bikram because I’m a creature of habit, and I love how I can see my progress day after day in doing the same poses and pushing myself to the limit. And while I could measure my progress in vinyasa too (how many chaturangas can I do now?), I didn’t exert tremendous effort into each and every pose. I’m sure a lot of this has to do with the fact that I’m still a newbie though (or maybe just a glutton for pain?)…

After nearly two months of regularly doing hot vinyasa, I do feel stronger and more flexible and at peace. But I also miss Bikram. Very much. So I went back two weeks ago. And again last week. Then I went back to vinyasa. Then back to Bikram. I’m now alternating Bikram and power yoga each week. And I’ve never felt more balanced. I realized that I didn’t need to pick just one. I can have a relationship with both.

Then after each class, I scramble like a madwoman trying to satiate an intense desire for SALT. So unlike me, I know, but I can’t help it. 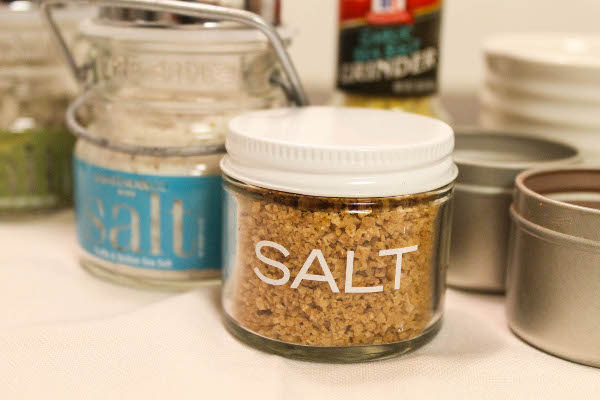 I know it’s my body way of wanting to refuel after sweating buckets (same reason why salty sports beans work great during long runs), but lately my salt cravings have been lasting the whole day.  I’ve been craving for salty meals more than sweet snacks, craving for salt in my desserts, looking for ways to incorporate flavored salts in more dishes (the salts in my cupboard range from spicy ghost chili salt to pretty Hawaiian pink salt to sweet espresso salt).

After 90-minute hot yoga sessions, I guzzle down some Vitamin Water or Coconut Water then scarf down a small snack – cheese with crackers, natural peanut butter on toast, a hard-boiled egg with salt and pepper, carrot sticks and hummus. Salt, salt, salt. Heat and salt definitely go hand in hand for me. The little jar above is ghost chili salt, by the way. Do you crave more salty or sweet snacks post-workout?

And do you practice any kind of yoga? I’d love to hear about it. If you need tips on how to survive (and love) hot yoga, check out my blog post, as well as my piece about Bikram Yoga in Harvard Square.

32 Responses to “Craving Heat and Salt”