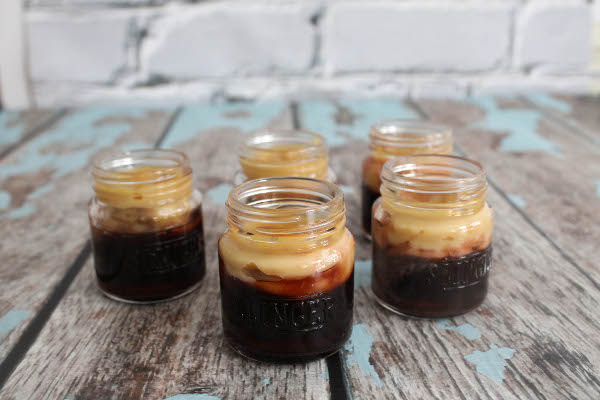 Do you know what a Baby Guinness shot is?

Contrary to its name, there’s actually no Guinness beer involved. Instead it’s a shot of Patron XO Cafe (coffee liqueur made with tequila) topped with Baileys Irish Cream. So it just looks like a little version of a pint of Guinness, with dark “beer” at the bottom and “foam” on top. It’s sweet, and strong, and tastes like dessert. Naturally, it’s my very favorite shot out of all the shots out there.

It’s hard to improve on this delicious shooter, but I think I just did. Because if there’s anything more fun than a regular tequila shot, it’s JELLO SHOTS!

Don’t worry, I’m not about to go all spring break on you. I’ve made jello shots before (these St-Germain Pomegranate Jello Shots) and I’ve always kept it classy and sophisticated. I promise I won’t stir you wrong when it comes to dessert-like alcoholic drinks and cocktails. 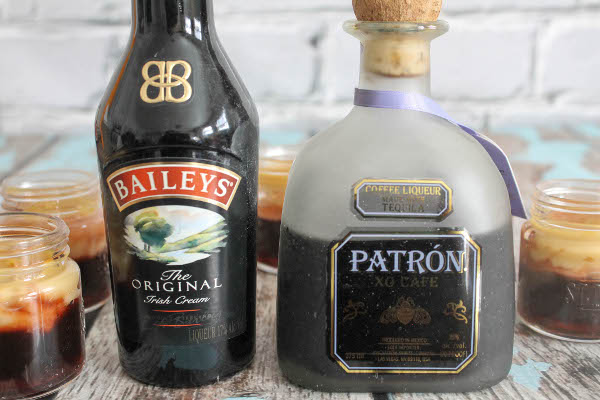 I’ve been wanting to make a jello shots version of Baby Guinness, and I finally did, right on time for St. Patrick’s Day. Guinness beer is definitely one of the most popular libations during this holiday, but Irish creams are pretty high up on the list, too. And I take any excuse to drink some Baileys. (I’m not going to say how much tequila I constantly crave.)

For the jello shots, the “beer” portion is made of coffee flavored jello, spiked with Patron XO Cafe. You can have coffee flavored jello if you remember to buy plain gelatin, and then use cold coffee instead of cold water when preparing it. However, I actually ended up using black cherry jello and cold coffee. One of my friends suggested using that, and I really liked the idea because not only is black cherry jello already a naturally dark color, it would add a very subtle sweet-tart flavor to the jello shots. 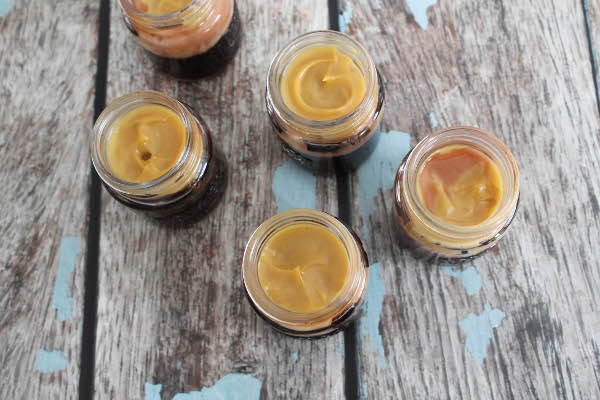 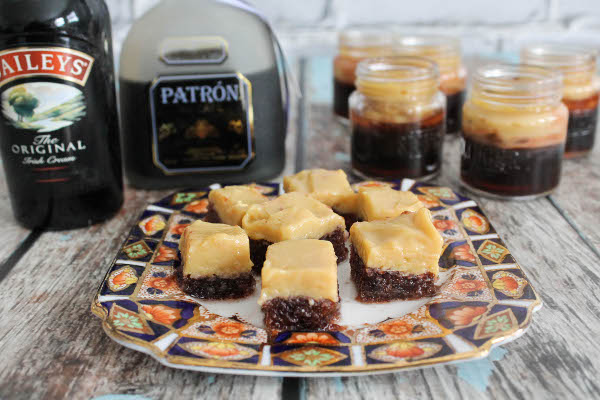 I absolutely loved these Baby Guinness Jello Shots. The coffee-tequila jello was so good – it tastes intensely of coffee, which pairs very nicely with the creamy pudding topping. I also made square versions of these jello shooters (just poured into a square pan and sliced into squares, instead of using individual shot glasses), but I underestimated the coffee jello portion, so the proportions ended up more like 50% tequila jello shots, and 50% Baileys pudding. But no one complained, and everyone was happy. Because everyone’s always happy when there’s jello shots involved!

This recipe should make around 16 1-oz shots.

If you’d like a different cocktail recipe that actually involves Guinness beer, try this: 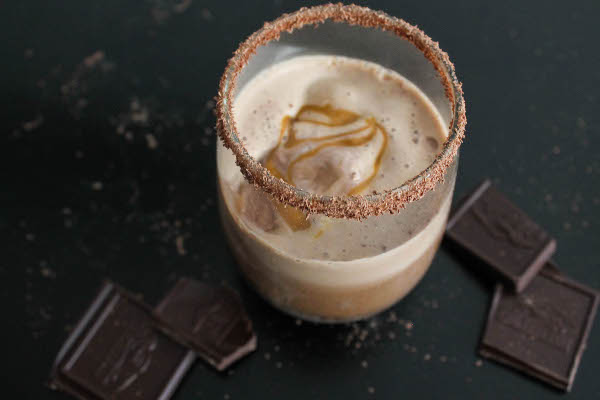 But if you’re like me and can’t resist jello shots (and anything in a mason jar – especially an adorable mini mason jar), then definitely try these Baby Guinness Jello Shots. 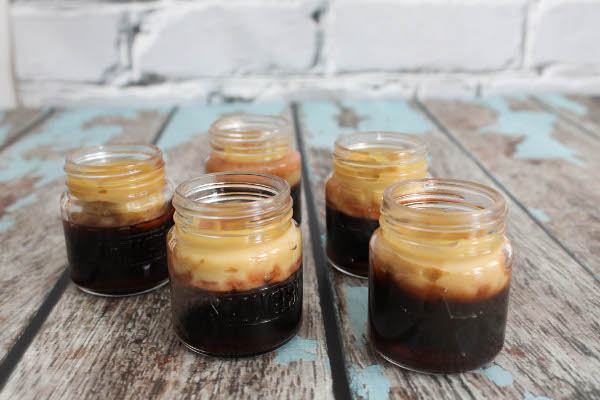 Do you have any favorite shooters that can be turned into jello shots? Let me know!