I feel like I’m breaking some sort of code here.

Because I’m about to give away one of the city’s most secret, newest hidden gems.

It’s so secret, it doesn’t even have a storefront sign.

And it’s in… Allston.

Ah yes. Allston. The little neighborhood that boasts some of Boston’s best funky little restaurants. It’s filled with exotic cuisine at student-friendly prices. And Lone Star Taco Bar is the latest, hottest addition to the hood. From the folks behind Deep Ellum, Lone Star opened a couple of weeks ago with very little fan fare.

I had high hopes – while Deep Ellum is highly regarded for its craft beers, the food there is gastropub-worthy – so I imagine the sister bar featuring tacos and tequila would be as good, if not better. And I was right to have such high expectations. The pork carnitas were the best I’ve ever had. 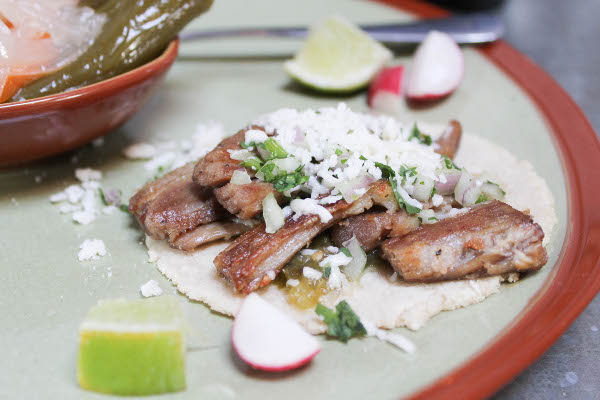 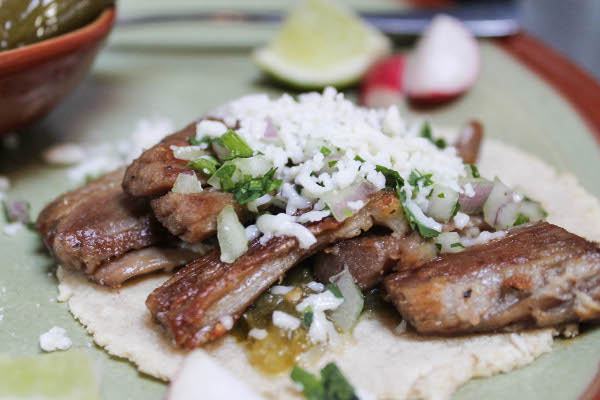 And then you take in the handmade tortilla, the bright flavors of salsa verde, just the right amount of cilantro, all topped with salty crumbles of cotija cheese. 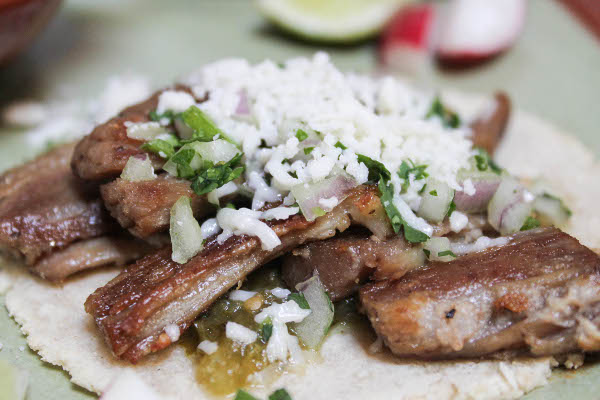 And the pork! Not shredded, not cubed, not braised to a drab consistency. The carnitas here were simply seasoned to let the flavors of the pork shine though, resulting in well-marbled pieces with a golden caramelized exterior and juicy meat. This is carnitas done right. 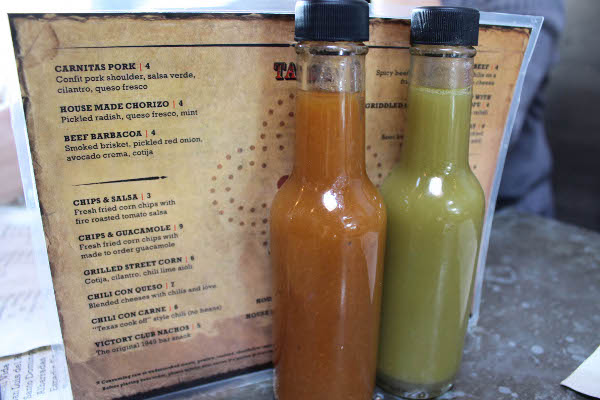 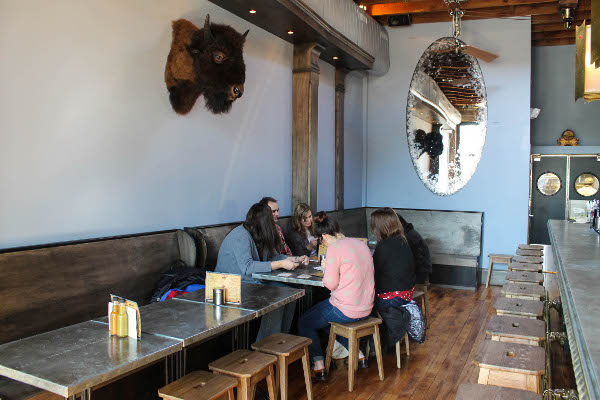 I work just around the corner for an ahem, award-winning ad agency, so my co-workers and I have been back a couple of times already. Notice the giant bison head watching over us. Also notice how the entire place is not so giant. (I was standing at the end of the bar near the front door when I took this photo). 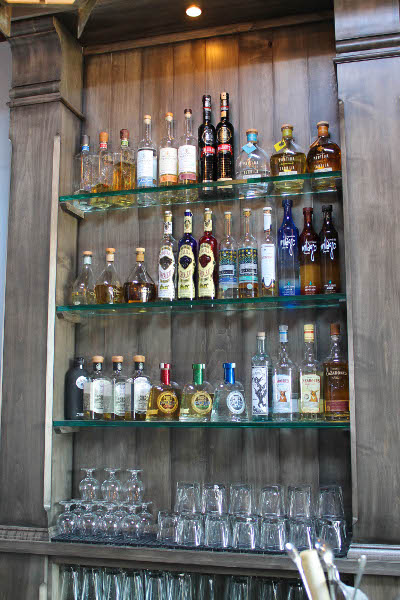 We don’t drink tequila at lunch, but there is a tempting and impressive collection at Lone Star. They have over 40+ tequilas and mezcals, plus cocktails, cheladas, and cerveza. Grubstreet has the scanned menu here.

Aside from tacos and taco-appropriate beverages, there are also some small plates to share: 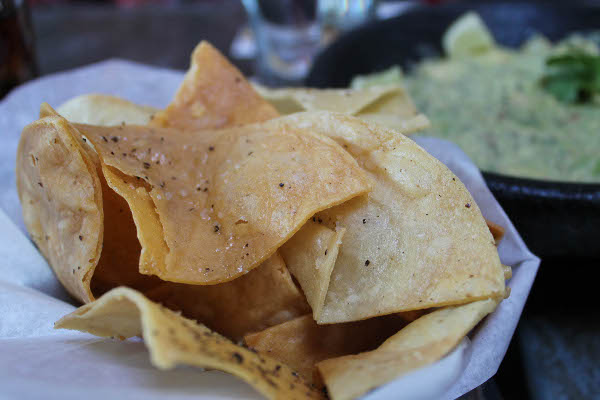 Warm fresh fried salt and pepper chips with guacamole is always a good choice when you’re in a Mexican restaurant, but the guac here is kinda anemic and onion-heavy so I would recommend the chips and salsa instead (salsa not pictured, but I’ve had it and it’s rich and briny). 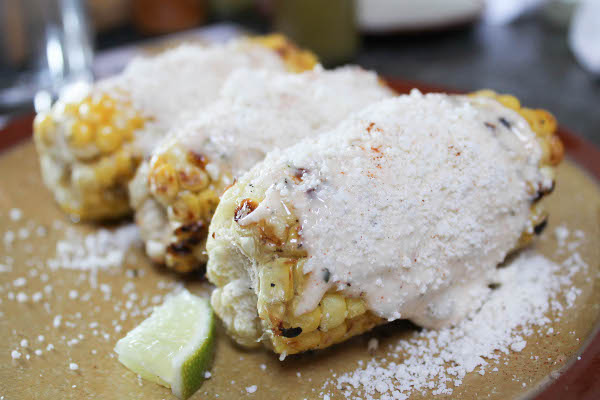 The grilled corn with cotija cheese and chili lime aioli got rave reviews from my co-workers. 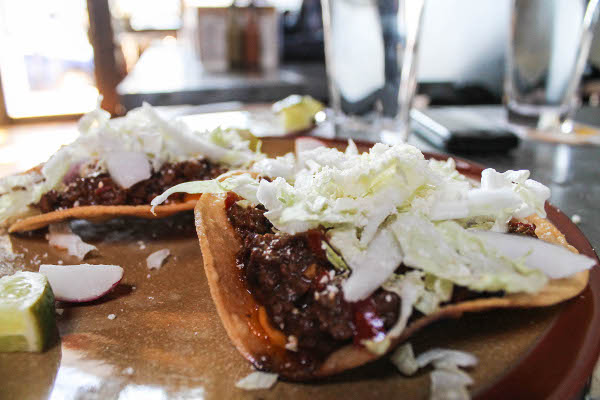 And so did the Dallas spicy beef tacos, which are fried tacos topped with spicy beef with mushrooms, chilis, and longhorn cheese.

But the all-around favorite were these beautiful fish tacos: 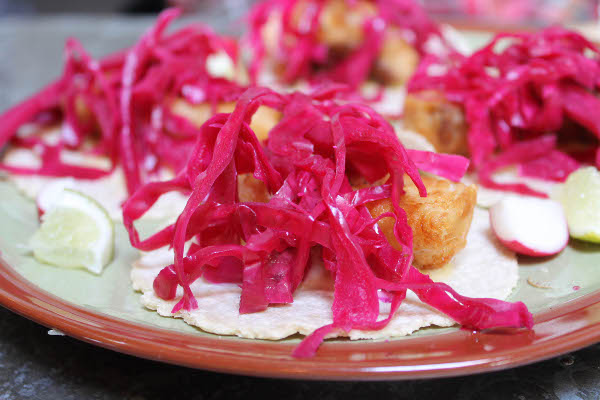 Beer battered fresh white fish, pickled cabbage slaw, and chili mango aioili. I admit that I am biased towards this because of the hot pink pickled cabbage, but I’m afraid Dorado Tacos now has some competition.

There are other items on the menu that I can’t wait to try, particularly the grilled avocado with griddled queso (!) taco and the huevos rancheros. Each item on the menu is between $4-$8 and the servers suggest two to three items per person. However I think two tacos is more than enough, especially if you share some apps too. If you want a big portion, get the chicken ranchero tostada: 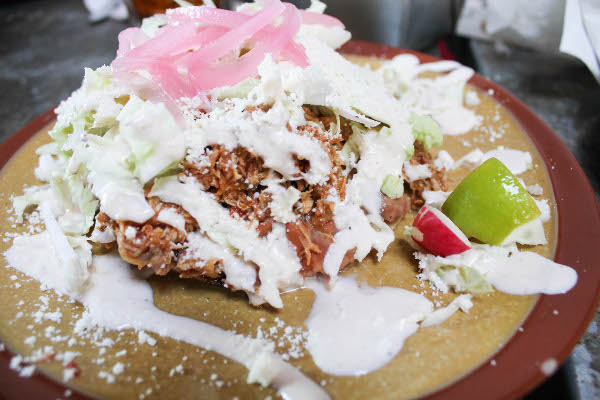 At just $5, this is a heaping plate of pulled ranchero-braised chicken, a crispy tortilla, house beans, Napa cabbage, and crema.

Whatever you end up ordering, I highly recommend forking over an additional dollar and fifty cents (yes, $1.50) for a side of this: 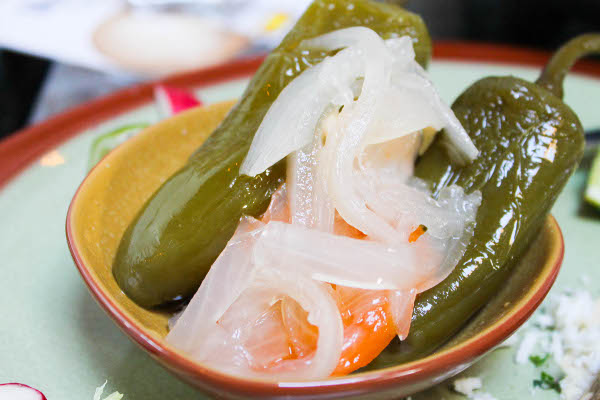 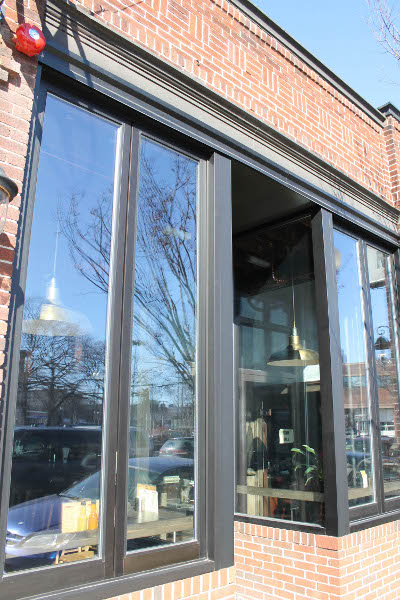 So, dear friends, if you’re in the area, I urge you to seek out this little hidden gem in Allston. There’s no name on the outside, but it’s right beside Deep Ellum. 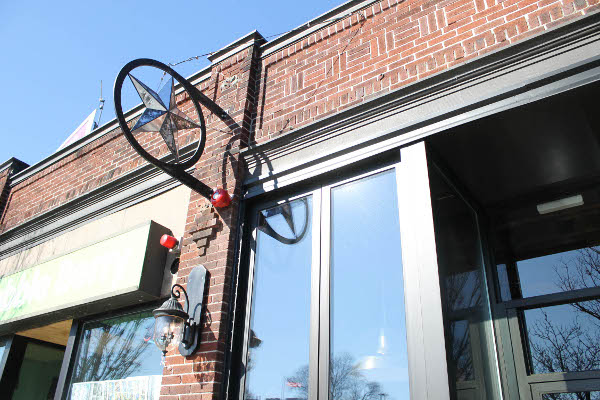 It’s only marked by (what else but) a single star.

What’s your favorite hidden gem in your city?

UPDATE: Lone Star now has a website – check it out and you’ll see my photos there!