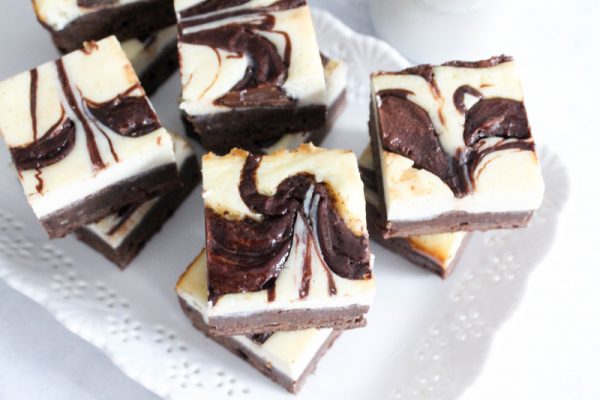 “What’s your favorite thing to bake?”

I often get asked that question and I always answer with the same thing: BROWNIES. I love a good, rich, chewy brownie, fudgy and intense, the kind that has zero cakiness, and bursting with deep dark chocolate flavor.

And yet, it’s almost the end of August and it’s only my second brownie recipe of the year. (The first were these Chocolate Cherry Truffle Mini Brownies that I made for Valentine’s Day). And it’s not like I haven’t been making brownies all year – I have, maybe at least once a month, I just haven’t been documenting them. Eeep. Apologies, dear readers. Let me make it up to you with these majestic Nutella Cream Cheese Brownies. 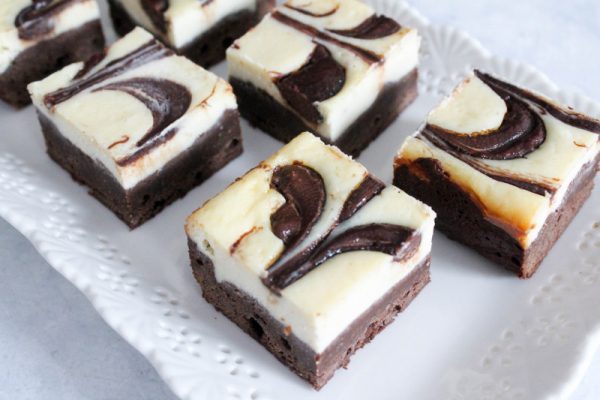 The base of these brownies is my favorite brownie recipe ever. I use cocoa powder instead of melted chocolate and a pretty scant amount of flour, so the brownie is dense and dark and full of terrors (just kiddng about the last part, I miss Game of Thrones).  I add instant coffee powder to the mix, which amps up the chocolate flavor. And then I keep the finished product chilled in the fridge or freezer, which in my opinions makes the chocolate taste more intense.

For these brownies, I whipped up a cream cheese topping,  sweet and creamy like cheesecake, and then swirled in thick dollops of Nutella. Ohhhh yes. Brownies, cheesecake, Nutella. This dessert is essentially a combination of three of my favorite things in this world.

Also, even though Matt still claims that he doesn’t like dessert all that much, he ate multiple squares of these brownies after dinner. And for breakfast. I’ve lured him to the dark side even if he doesn’t want to admit it. 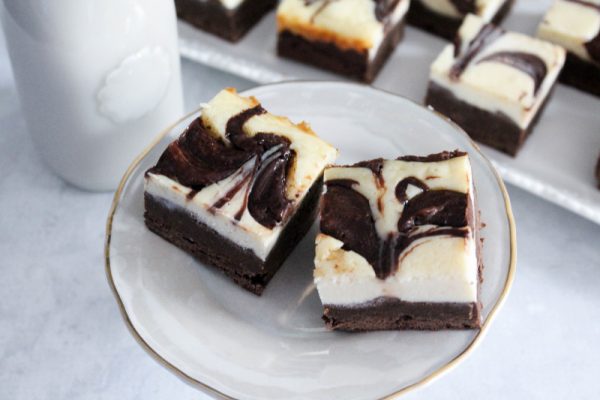 Don't worry if your swirls don't look perfect! You're going to cut the brownies into squares anyway and any uneven swirls just make it look a little more rustic. 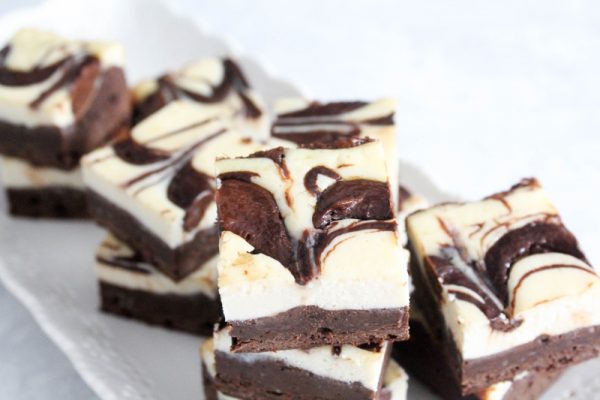 I hope your week is filled with your favorite things.