Jones Dairy Farm and the Culinary Institute of America

I went to the CIA a couple of weeks ago.

A different CIA might have popped in your head, but just to be clear, I went to The Culinary Institute of America!

The Institute is one of the most distinguished culinary colleges in the world, and I was so excited not just to tour the campus, but also to be a student for a few hours. What was I doing there, you ask?

I was generously invited by Jones Dairy Farm for a blogger event at the CIA in Hyde Park, New York. Jones Dairy Farm is a family-owned company that produces all-natural sausages, ham, bacon, Canadian bacon, and more. You’ve probably seen their products in your grocery stores (their packaging has the signature farmhouse with the red roof) and hopefully you’ve tried their products, too.

Now it’s no secret that I have a little love affair with bacon – I can never say no to it (even going for bacon sushi in Japan), and I don’t limit my bacon consumption to just breakfast. I like bacon in salads, sandwiches, pizza, you name it; if it has bacon, I’ll eat it. So I had a blast learning all about bacon from Jones Dairy Farm, eating it, cooking it, and eating it some more. Plus: cheesecake stuffed strawberries with dark chocolate drizzle and bacon crumbles. 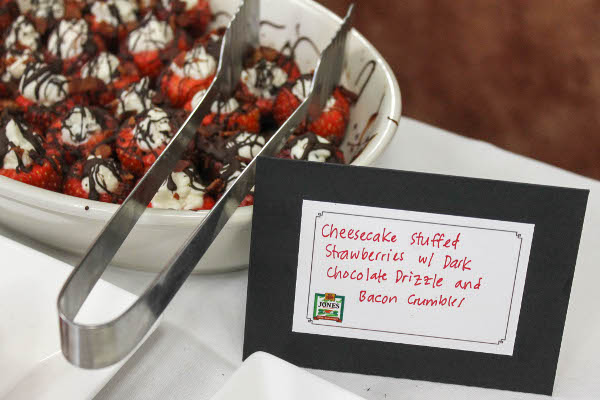 Our adventure started on Friday evening with dinner at The Bocuse Restaurant. Restaurants at the CIA are staffed and operated by the students, under the guidance of the expert chefs and maitre ‘d’s. The food and service are excellent because everyone is trained to meet the CIA’s standards, but the prices are pretty affordable (especially when compared to similar high-end restaurants in the city). Bocuse serves French cuisine, and we had a special menu that night: 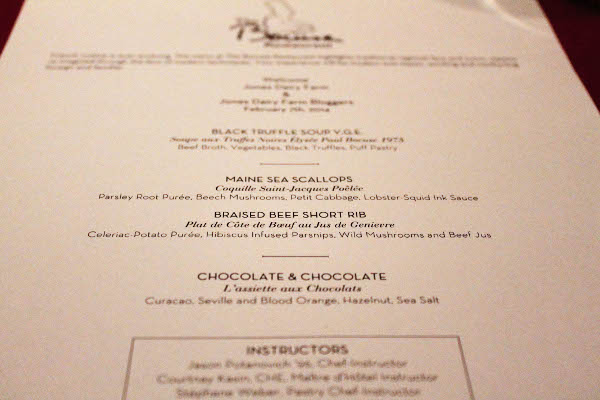 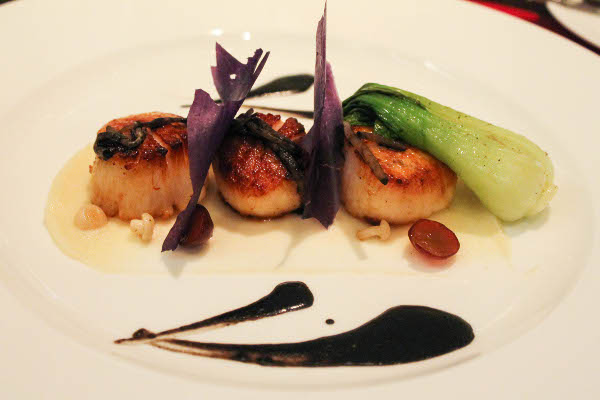 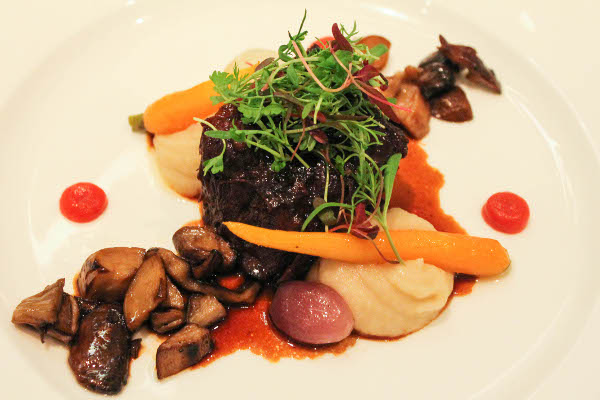 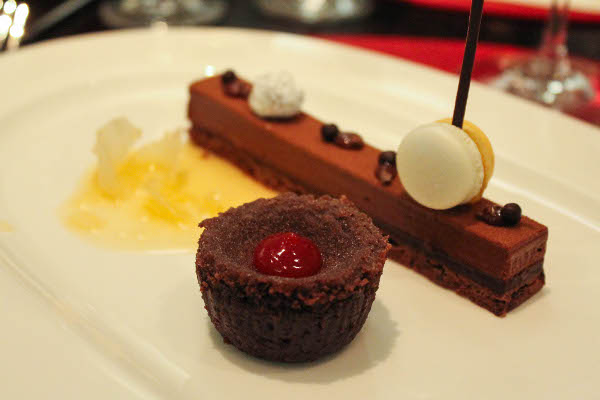 We had a great meal, and we were also treated to a table-side preparation of ice cream using liquid nitrogen. After dinner, I went out for a night cap with Dan, Carrie, Jeff and Christina, and Jim, but turns out we didn’t really need to go to a bar for more drinks, because we had complimentary decanters of sherry in our rooms. 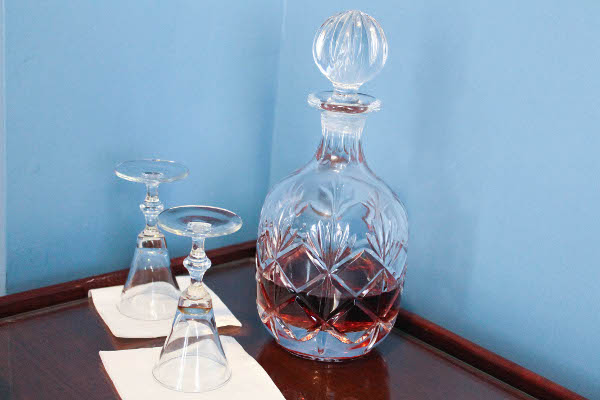 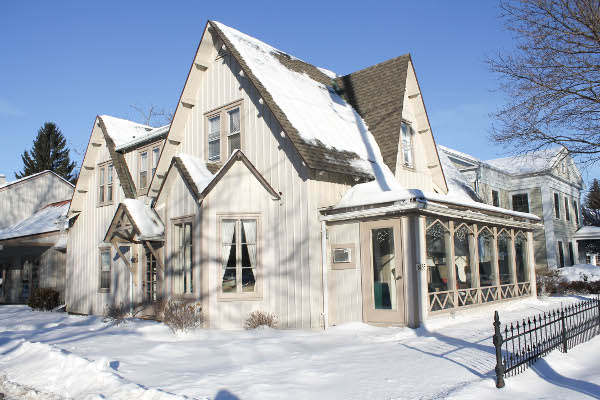 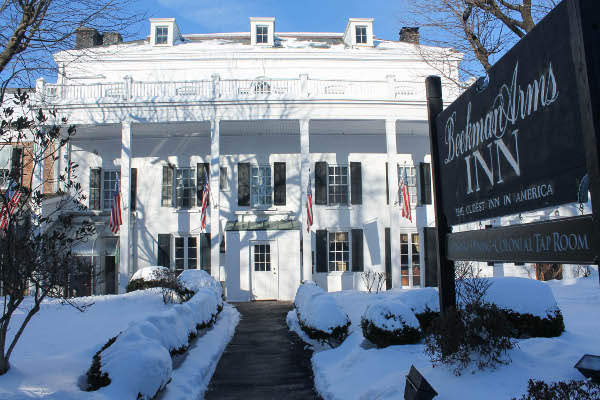 We stayed at the Beekman Arms and Delamater Inn, which is located in the village of Rhinbeck in New York’s Hudson Valley. Beekman Arms is the oldest operating inn in America and is one of the Historic Hotels of America, so it has all the rustic charms one would expect. I stayed at the Gables house (newer building and separate from the main inn) and it was so lovely and comfortable. Everything was extra pretty in the snow!

The next day we headed back to the CIA, which is also just beautiful. It’s in a big, expansive campus with courtyards and halls that remind me of Harry Potter. 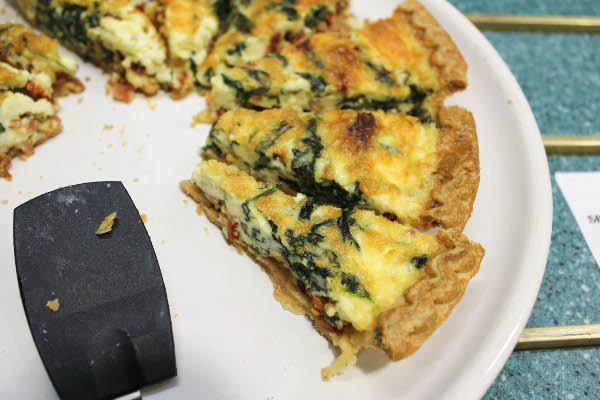 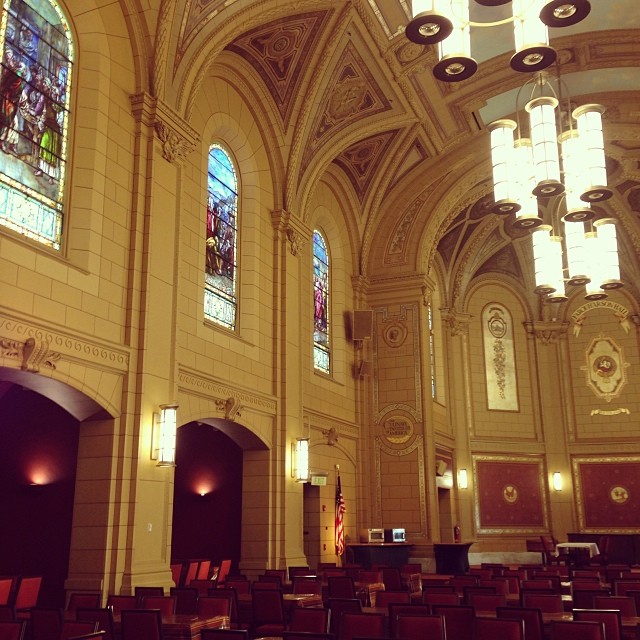 The dining hall where we had breakfast also reminded me of a church, with the vaulted ceilings and stained glass. It is very different from where I have been eating my breakfast (either standing over the kitchen counter or lounging on my couch). 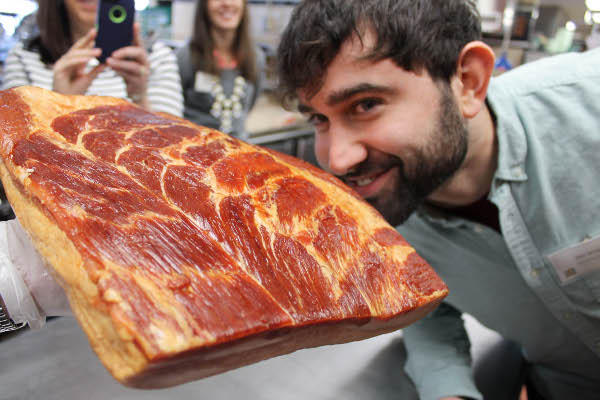 We headed to one of the kitchens, where we were introduced to more products from Jones Dairy Farm, and we were given a very informative session about all things pork. Rick Lowry, Executive Vice President of Jones Dairy Farm, taught us all about the different cuts of the meat, and we also learned about how the company does not scrimp on their products – they use an actual smoker (instead of liquid smoke), they use full cuts for the ham (and not chopped up parts), and they are truly committed to making natural and wholesome products. Rick passed around some meats for us to inspect, too, and you can see from the photo above that Dan

Then we took a knife skills class and tried our hands at different knife cuts like julienne, small dice, the baton, large dice, and two different ways to cut an onion. We learned how to properly hold the knife (check out this quick how-to from Serious Eats) and how to grip and secure the food so we don’t cut ourselves. I also learned that I’m not very good at making uniform cuts, and that I will not be a good student at the CIA. Later on Rick taught us how to carve a ham. Then I learned that I can eat multiple servings of ham as a snack. 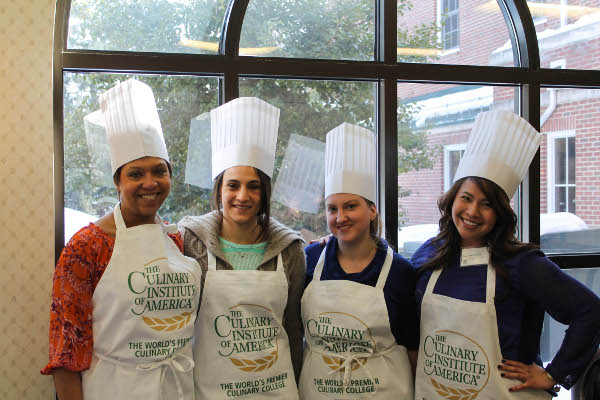 My favorite part of the day was the afternoon Cooking Challenge where we were divided into groups for a Chopped-style challenge. That means that we had to cook with whatever was in our box, and prepare at least two dishes for the judges. I was on Team 3 and my awesome teammates were Kim, Gina, and Lauren. 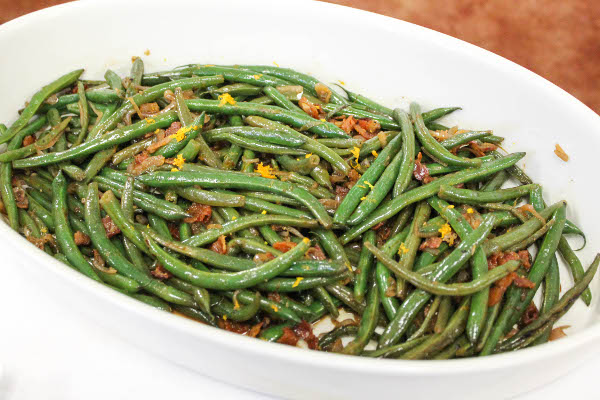 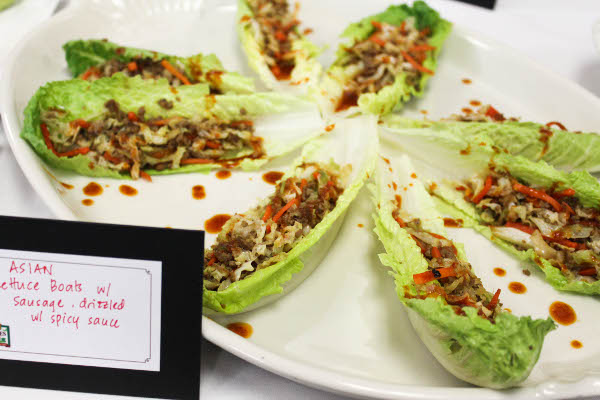 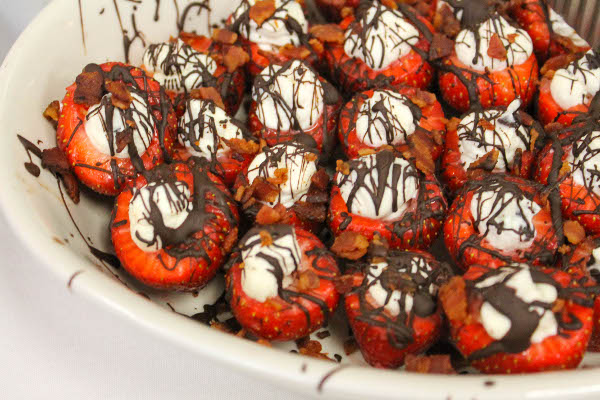 We ended up making green beans with bacon, shallots, and orange balsamic dressing, spicy Asian lettuce boats with sausage, and cheesecake stuffed strawberries topped with dark chocolate and crumbled bacon. Our team did not end up winning the contest but I think the strawberries won all our hearts.

I had a great time at the CIA and was happy to meet the other bloggers, too. Thank you so much to Jones Dairy Farm for the fun event!

Have you been to a cooking class or a knife skills class? Have you ever participated in a cooking challenge? I’d love to hear about it!