Fried Chicken and a Bowl of Offal at Dallas

Remember when I let my inner fat kid rejoice at West Bridge with their fried chicken skin?

Well, when I went to Dallas, that fat kid was speechless with joy.  We had a meal that included a bucket of fried chicken so good, it induced happy tears in all of us.Then we rounded up that meal with mac and cheese, squash puppies, grapefruit beer, sweet tea, chocolate cake, and a pie made with chocolate, pecans, and bourbon.

The night before that, we had another meat fest. We went to one of the city’s hot new restaurants and splurged on steaks and fried green tomatoes, plus a bowl of cowboy stew that had (vegans, look away now. Look far, far away.) the entrails and internal organs of a calf.

So it’s safe to say that the food we had in Dallas now occupies a special place in my memories. After all, not only did I satisfy my cravings for a childhood favorite, but my nose-to-tail eating flag waved loud and proud.

Let’s start with the fried chicken first. We went to Sissy’s Southern Kitchen and Bar, which was highly recommended by a fellow foodie. Sissy’s was adorable, with the perfect juxtaposition of Southern charm (red roses and pretty plates) and Texas toughness (deer heads on the wall). 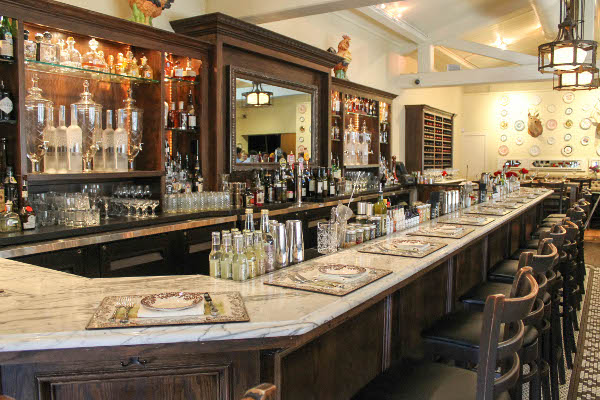 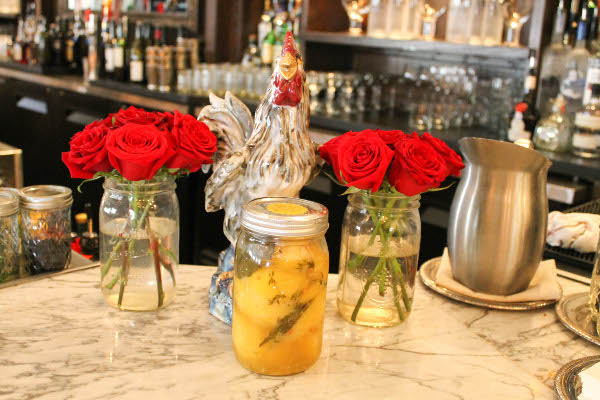 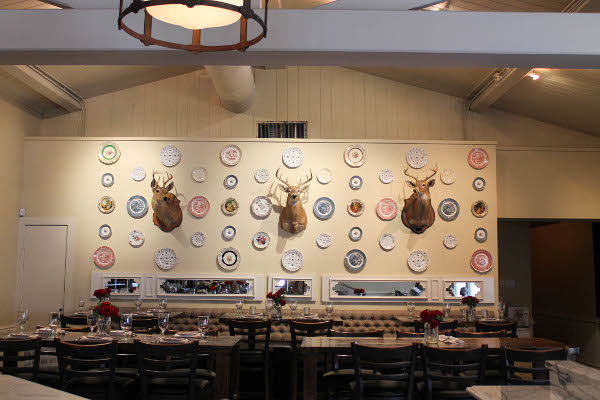 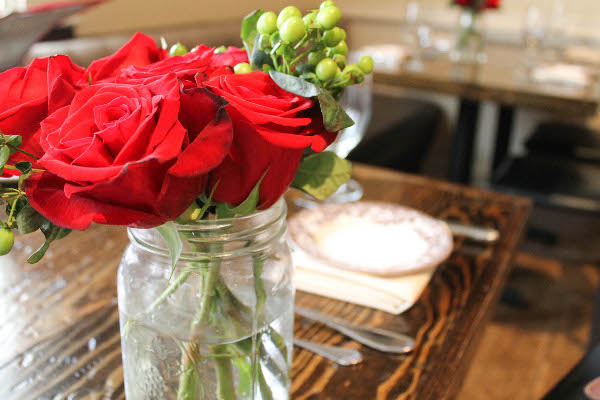 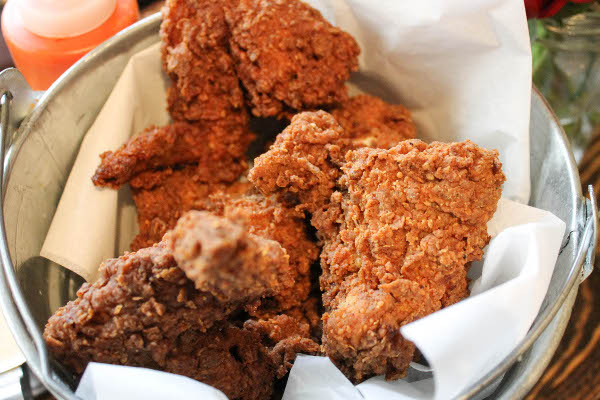 And the fried chicken was sublime. This certainly was not a bucket of KFC. Fresh, crispy, salty breading encasing juicy, succulent meat. It was one of the best fried chicken I’ve ever had.*

*Just in case my grandmother ever reads this: Lola, your fried chicken is still number one in my heart. 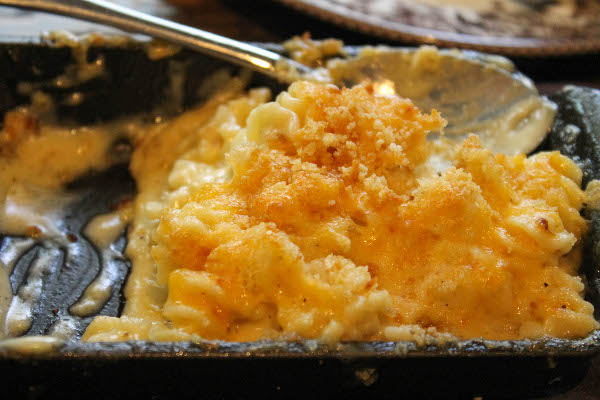 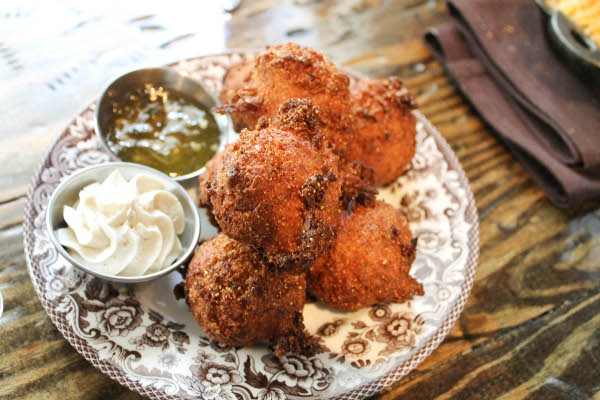 We also had the creamiest, most velvety mac and cheese, and some squash puppies. The squash puppies are Sissy’s take on hushpuppies, a popular side dish in the South which are deep fried or baked cornmeal balls.

Sissy’s makes their own sriracha sauce (you know me and my penchant for anything spicy) and also serves fruity beers (they have a good selection of cocktails too) – I think I may have found a dream restaurant.

For dessert, we ordered a chocolate cake with whipped sweet creme fraiche and a crunchy peanut butter sauce. It was called Better Than Sex Chocolate Cake. Enough said. 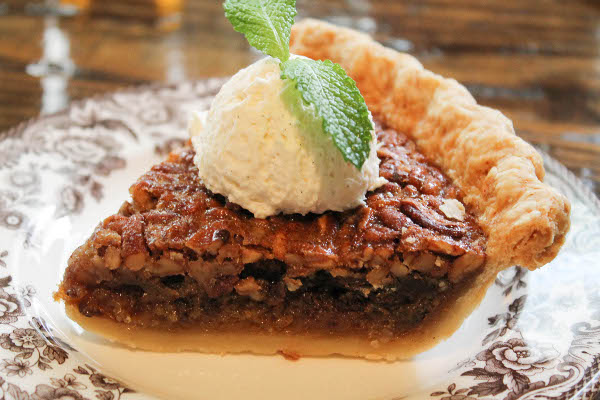 The sweet staff at Sissy’s also sent out a slice of Derby pie – basically pecan pie on steroids. This had pecans, chocolate, and Kentucky bourbon. At this point, my co-workers and I could not manage another bite, so I asked them to put this on a box, which I gently placed in my carry-on luggage and lovingly transported back to Boston. Did I eat a couple of bites as a midnight snack when I got home? As if you had to ask.

The food at Sissy’s was so delicious, and the staff were very nice and accommodating (we actually arrived right as they were about to close, but they were so kind and still let us stay after we informed them that we only had a few hours left in Dallas and really wanted some fried chicken…)  We had such a great meal!

Now let’s talk about our first meal in Dallas: dinner at Stampede 66. I first read about Stampede 66 from Eater Dallas:

Stephan Pyles’ hyper-Texan restaurant remains one of the hottest tables in town with dishes like fancy Frito pie and tacos with housemade tortillas, all served under a ceiling painted to resemble the Texas sky. 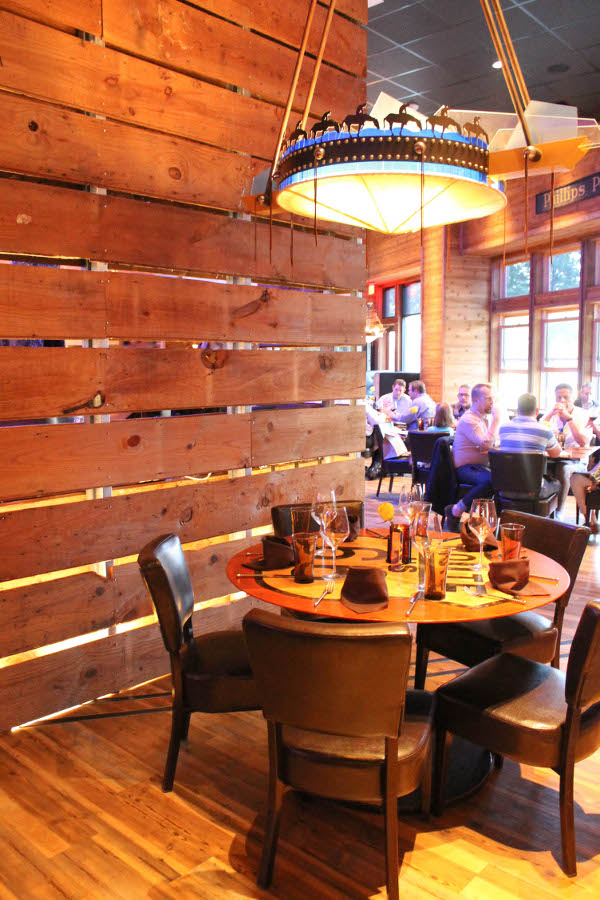 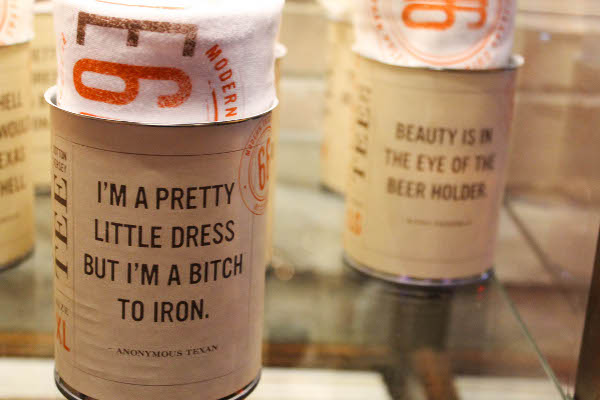 We ordered a bunch of indulgent dishes, but the standouts for me were these: 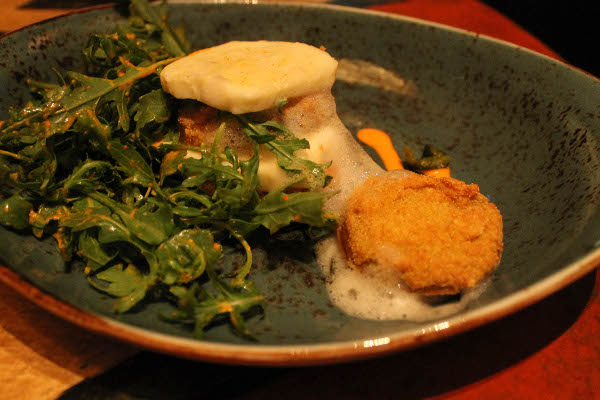 A salad of fried green tomatoes and mozzarella, and a bone-in cowboy ribeye with collard greens. 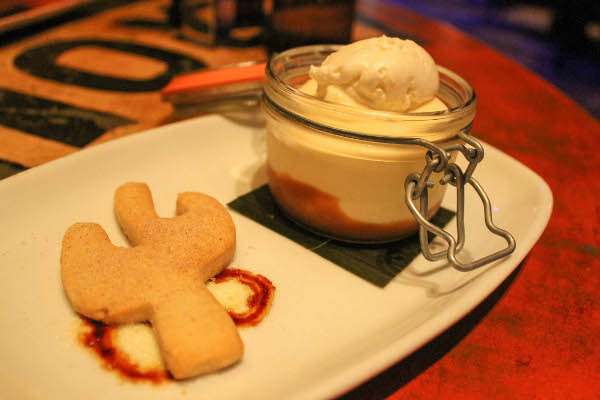 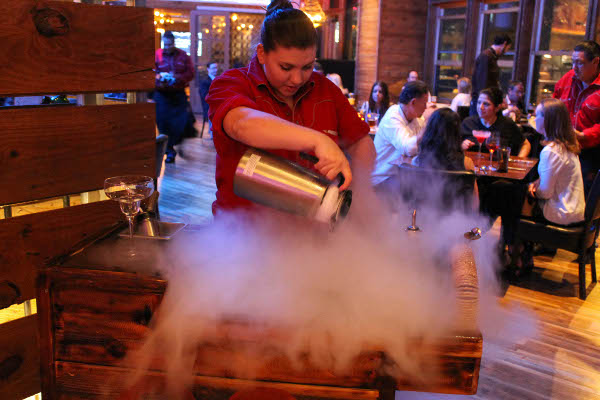 For dessert, I was all over the butterscotch pudding (which rivals my favorite, from Sweet Cheeks here in Boston) and my friend Shannon ordered the special margarita of the night: prickly pear margarita which was prepared tableside at a cart by a margarita specialist. I took the picture on the right about a year ago, when I saw prickly pears for the first time at my local grocery store. They are so pretty (and prickly)!

And no, I did not forget about the bowl of offal. I saved the best for last: 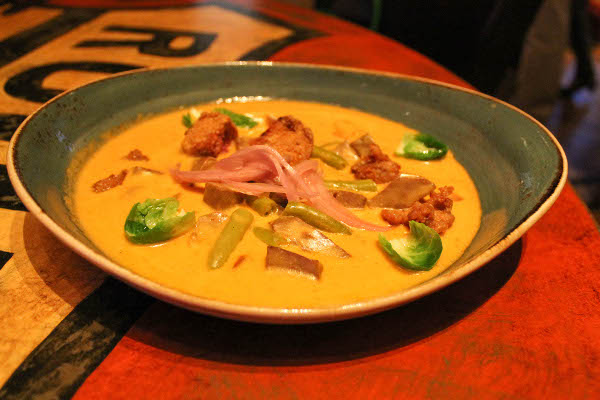 This was called Sonofabitch 2013. It’s a beef stew with a base of creamy veal stock, and it has a lot of the things that are sometimes considered inedible, but to me, are the parts of a cow that remind me most of home: heart, liver, sweetbread, tongue, pieces of tenderloin, all mixed with pickled vegetables. 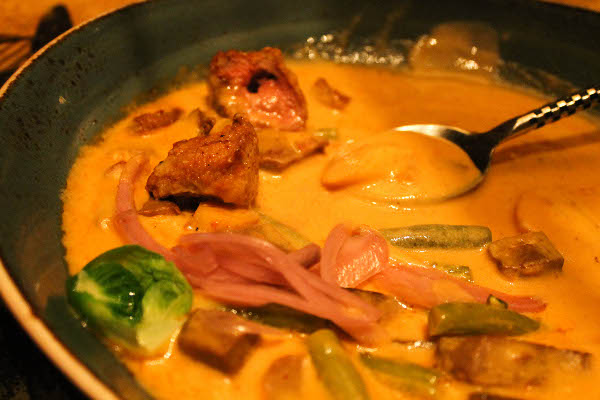 I loved the liver pieces the most – some of you may recall that liver is one of my most requested meals back home in the Philippines – followed by the chunks of lengua, or beef tongue. (For those of you interested in reading more about offal, check out this article I wrote entitled Would You Ever Eat a Tongue Taco?).

I never imagined that I would encounter a taste of home in Dallas, Texas, but I did. 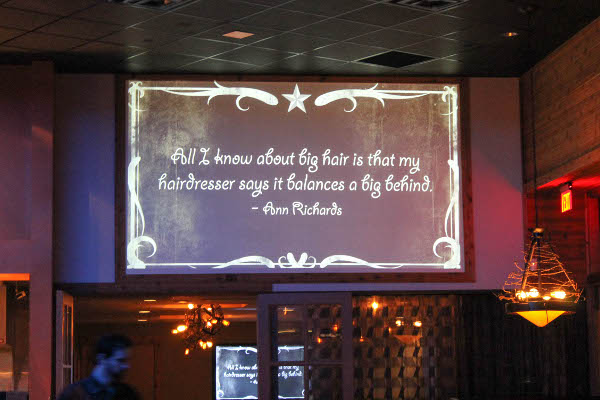 Needless to say, I loved my trip to Dallas.

But I have to admit, when I got back to Boston, I went vegetarian for a few days.