Little Goat Diner and Other Food Adventures in Chicago

You can probably guess that one of those things was an authentic deep dish pizza.

I also wanted to eat a Chicago-style hot dog, check out one of Stephanie Izard‘s restaurants, plus a couple more places that are considered hot stuff by the locals.

I did all of those and more, and thanks to my fabulous co-workers, my three day stay in Chicago was one of the most fun travel trips I’ve ever taken (and I’ve taken plenty).

My first meal in Chicago was brunch at Little Goat Diner, the casual little sister to Girl and the Goat. Fellow Top Chef fans will recognize those two as the restaurants of Stephanie Izard, the first female to win Top Chef (most recently joined in the winner’s circle by Kristen Kish, who is Chef de Cuisine at Stir). 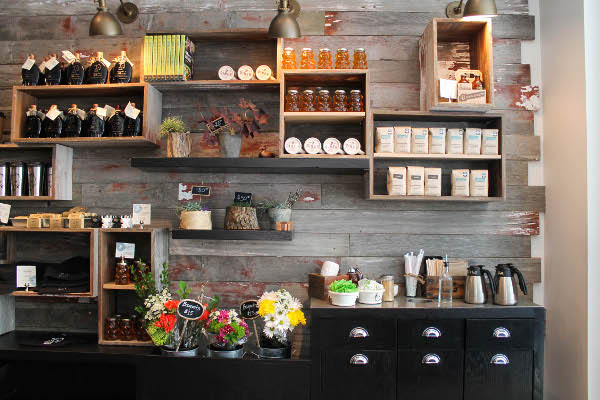 I’ve eaten at many other diners, but none of them were as pretty and chic as Little Goat…

… Neither do they sell a lot of cute little gifts and treats… or soap. 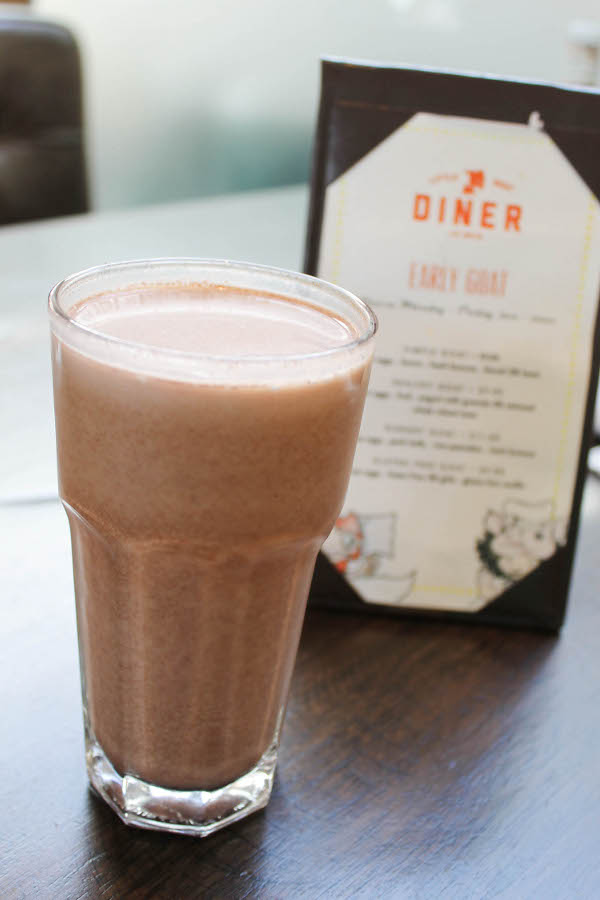 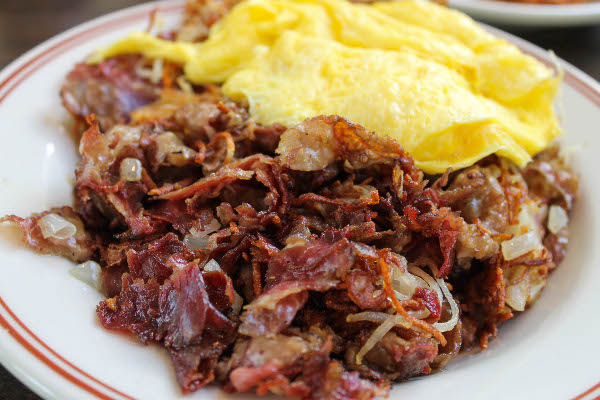 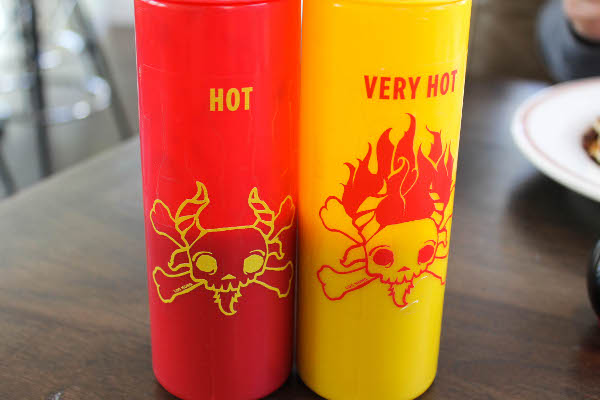 I ordered the smoked corned beef hash with scrambled eggs, which I doused with hot sauce. The corned beef was perfect – smoky and salty with a good amount of fat.  It was served on top of some very crispy and super tasty hash browns – shredded on the griddle with cheese. This was a very hearty plate and I barely made a dent; I wish I could’ve taken leftovers with me back to Boston! 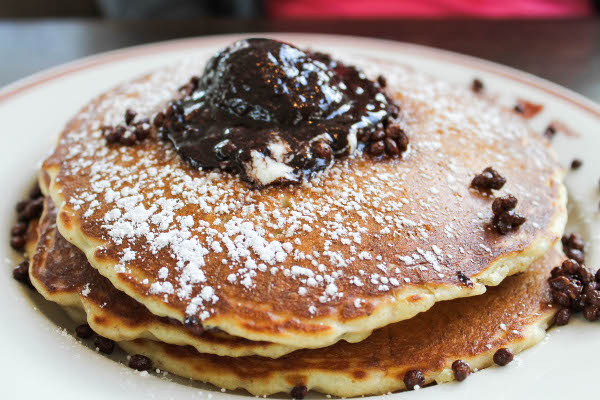 My friend Jessica ordered the Dark Chocolate Chip Pancakes with chocolate malt butter. Yes, it tasted as good as it sounds. 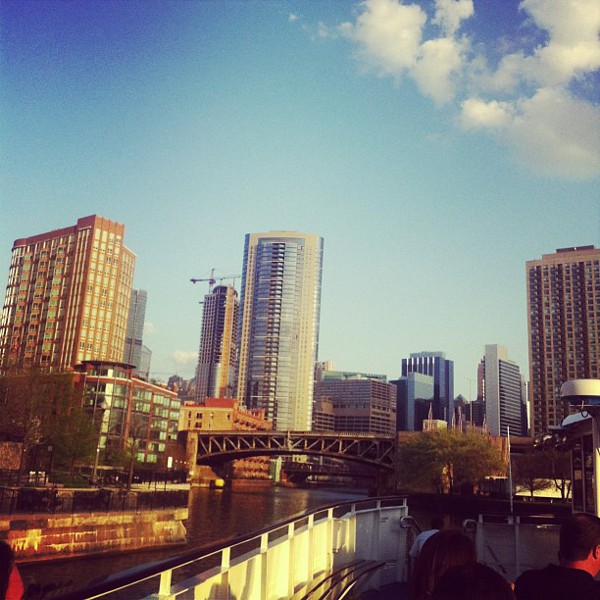 We lucked out with beautiful 78 degree weather on our first day in Chicago (the two other days we were there were cold and rainy) so after work, Jessica and I went on The Chicago River Architecture Tour. I love seeing architecture at different cities and the river tour we had was fantastic – it was great seeing all the different buildings and hearing the history behind each.

And here’s a little fact about me: when I was in college, I had a hard time deciding whether I wanted a degree in Business/Marketing or in Architecture. I loved the preciseness and art of architecture. I obviously picked marketing and have since built a career on advertising and communications, but architecture will always have a special place in my heart.

Other highlights of my Chicago trip: 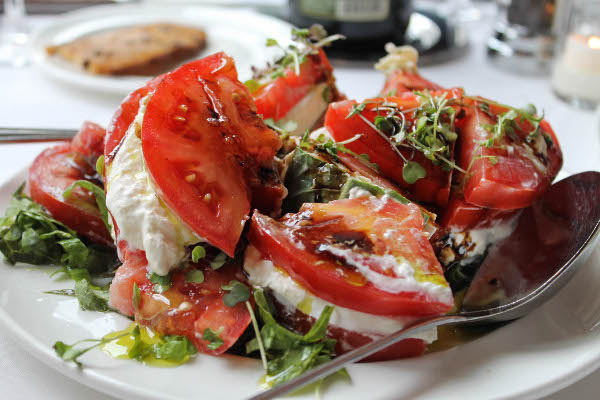 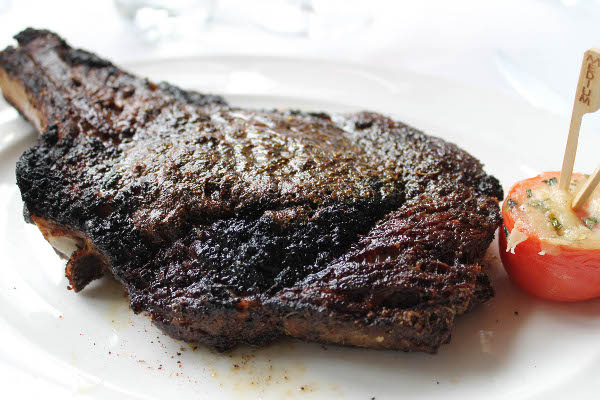 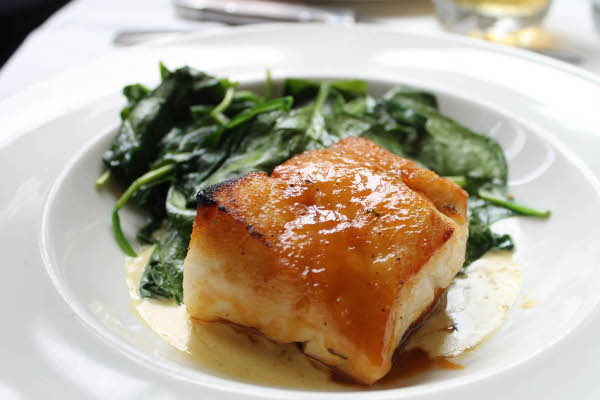 My co-workers and I had a fantastic dinner at Chicago Cut Steakhouse.  We ordered a bunch of items to share but my favorites were the burrata caprese, the cajun ribeye, and the Chilean sea bass. The burrata was so creamy, and made me look forward to the farmers’ markets again, when I have easy access to fresh ripe tomatoes. I also really liked the cajun ribeye, which had just the right amount of spice. And I think everyone who had a taste of the Chilean sea bass can agree that it was spectacular – melt in your mouth tender with a subtly sweet glaze of miso and yuzu.

We stayed at the lovely Hotel Allegro, which had a glamorous lobby and lots of pretty touches all over. I adored this hotel – comfy bed, great amenities, and their service was impeccable. Plus they have a yoga mat in every room! I just docked my iPhone onto the alarm clock/radio, played a 45-minute podcast from one of my yoga apps, and was a sweaty namaste mess at the end of my yoga session. 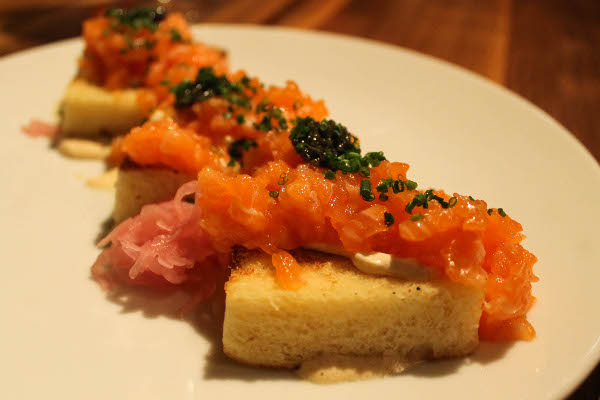 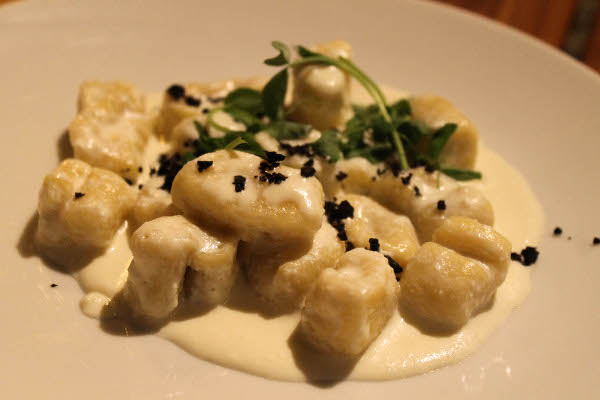 We had dinner at Trenchermen, and for me the standouts for the night were these two plates: smoked salmon tartare with brown butter creme fraiche and American caviar on top of toasted brioche (I want to eat this everyday) and gnocchi with black truffle and tarragon (“soft pillowy clouds,” as my co-worker described it).

Last but not least, we went here: 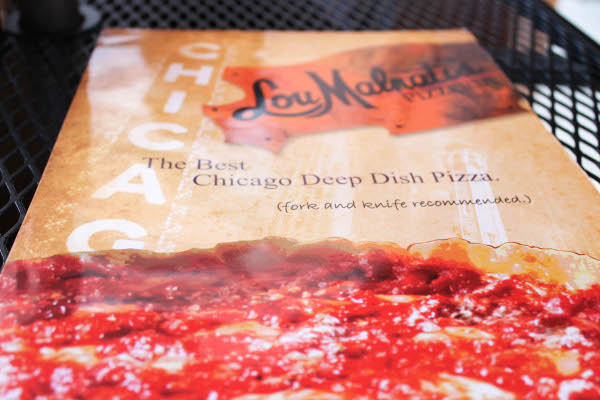 So I could eat this: 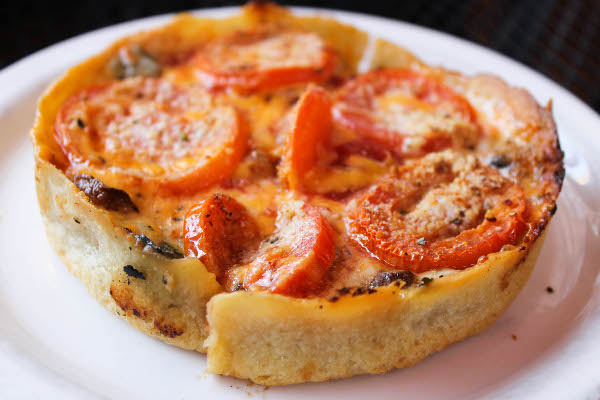 An individual-sized deep dish pizza from Lou Malnati’s. Cheesy, buttery, and worth the 40 minute baking time, this was what I was looking forward to the most.

I had a blast in the Windy City, and I’m looking forward to coming back. Someday I would love to try the food at Alinea – I should probably start saving up for it!