Was more than enough to make me want to go to Catalyst for brunch.

Of course I didn’t need much convincing (or actually, my friends didn’t need more convincing, since I was the one who suggested it anyway). It’s been about six months since I first tried the delightful food at Catalyst and since then I’ve been back a handful of times for dinner. I’ve heard good things about their brunch (banana bread with dulce de leche!) and finally I was able to try it during Easter weekend. 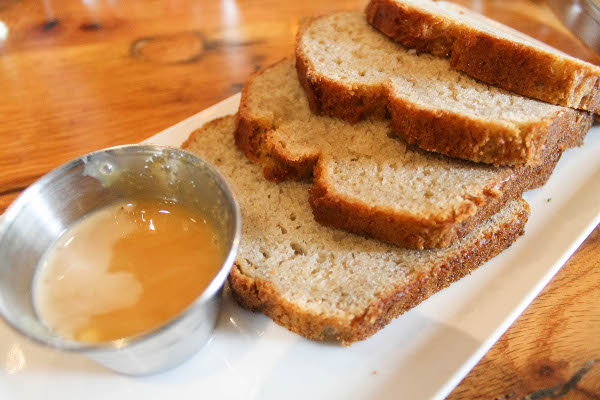 This dish was perfection: thin slices of soft banana bread with a small side of sweet, syrupy dulce de leche. I can tell that the dulce de leche is homemade (unlike the canned version I love to use) – there were still caramelized granules of sugar that gave it a grainy, almost rustic texture. I love that this was in the “for the table” section of the brunch menu, suggesting that yes, your table should share an appetizer for brunch. 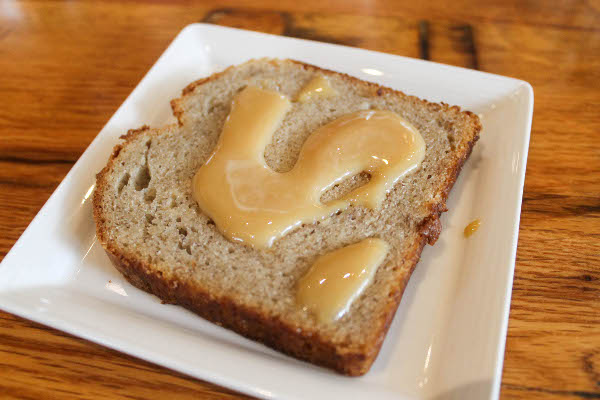 Can you think of a better way to start your brunch? What would make this even better is if some of your tablemates don’t share your sweet tooth, or want to save their appetites for their main entree, and then you can say things like “Oh there’s an extra slice over there? Oh let’s not let it go to waste…” and then you can pretend you’re just eating it because no one else would and you’re really starving from your workout (which was true anyway) and really, we shouldn’t let this go to waste. When in reality all you really wanted was just the whole plate for brunch, and you don’t need no breakfast sandwich when you can have dulce de leche… 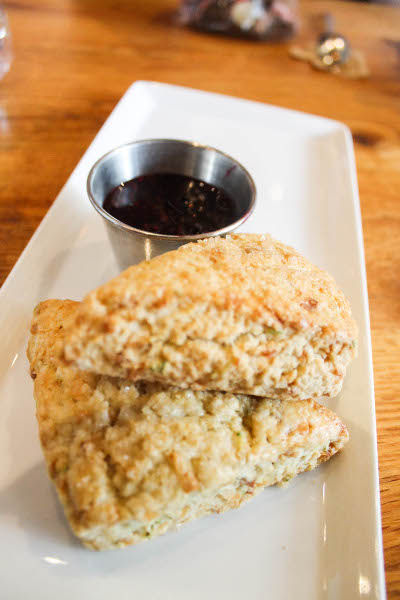 Or scones. We also ordered some coconut-lime scones with berry jam. I am loving the idea of appetizers during brunch.

Two of our friends just got married (congrats, Val and Lou!) and when the kitchen found out, Chef Will Kovel sent out some sparkling wine for the table (thanks, Will!): 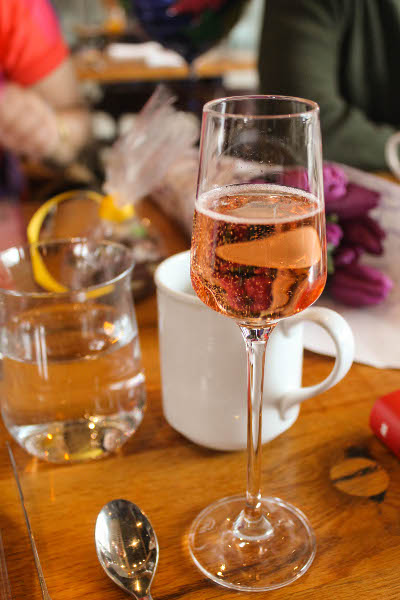 At this point, I’ve already had a slice of banana bread (okay, maybe two), a couple of bites of the coconut scone, and champagne. I was pretty much all set (if only I could have one more slice of banana bread and an entire dipping cup of dulce de leche) but I somehow managed to order this: 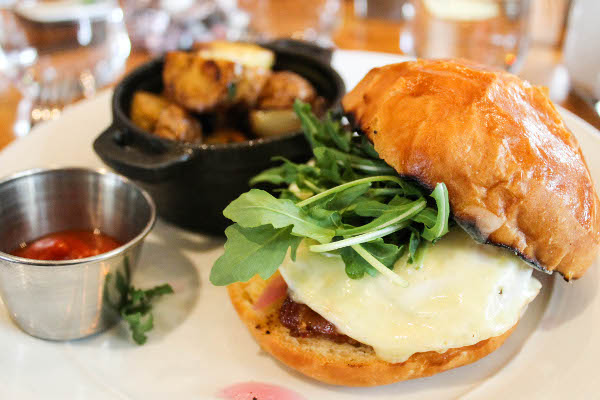 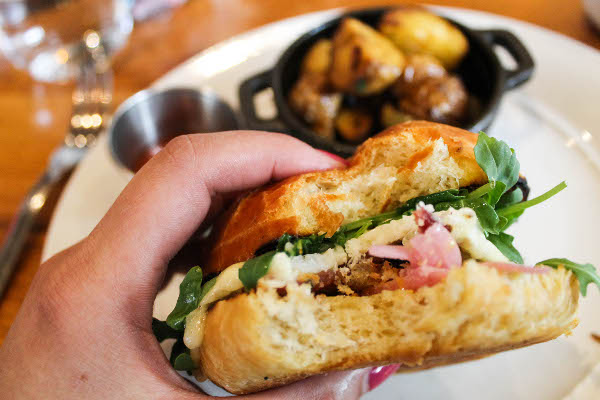 The sandwich had arugula and pickled onions, too, and normally I would’ve picked out the onions, but I’m starting to realize that I actually don’t hate onions anymore (I used to pick it out of everything). In fact, I actually really like it. Especially in pickled form. They’re no pickled jalapenos but they added a nice zing and crunch to the otherwise typical sandwich. 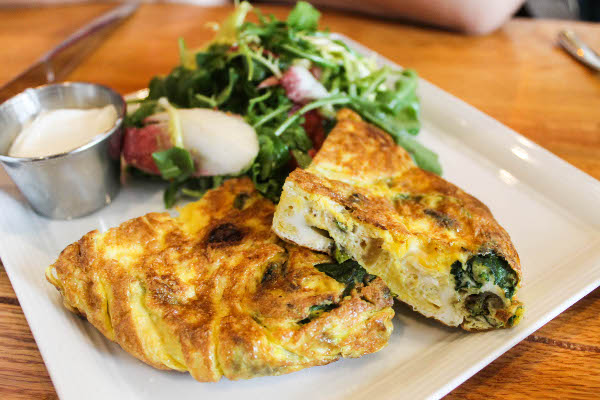 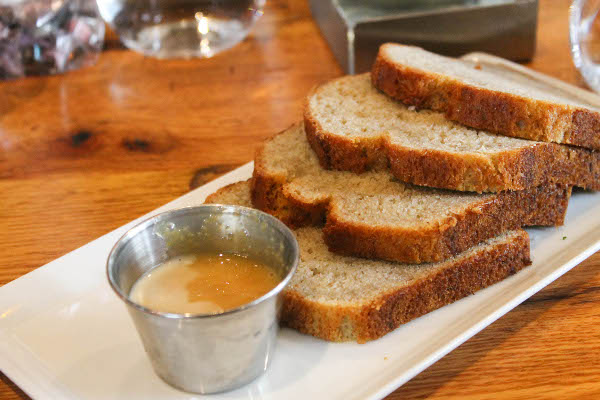 I practically had to roll myself out of Catalyst. Then I proceeded to eat candy.

What’s the best thing you’ve had for brunch lately?

29 Responses to “Brunch at Catalyst”