The owner, Liam Lydon, is always there, working with the fresh dough at the counter, chatting with the customers, rolling garlic knots, making one of his gourmet artisan pizzas. The place is tiny, but it is clean and inviting. And as we settle into our table, bottles of sparkling orange soda in our hands, we could feel the heat of the oven and smell the flavors wafting in from the kitchen. We know we’re in for another good meal. 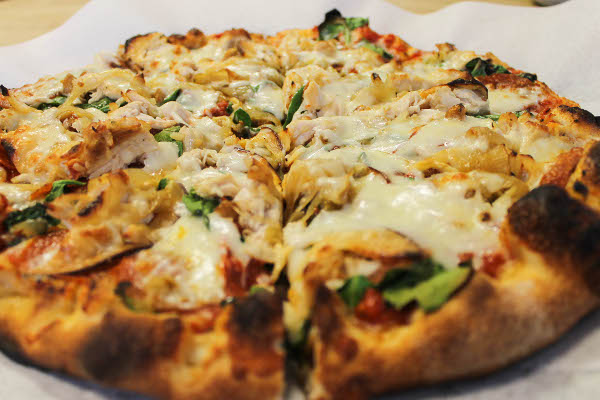 La Befana Pizzeria is yet another hidden gem in Allston, MA. My co-workers and I are regulars here. I love the chicken caesar salad and the Bianca pizza (come on, with a name like that…). Everything is made with fresh ingredients, from the pesto sauce to the garlic infused olive oil. 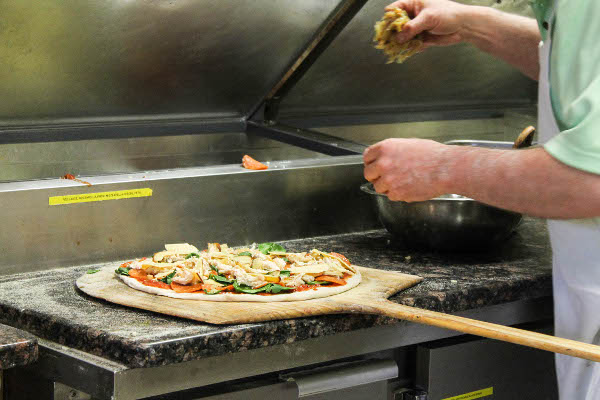 You can watch the pizza being prepared to order. 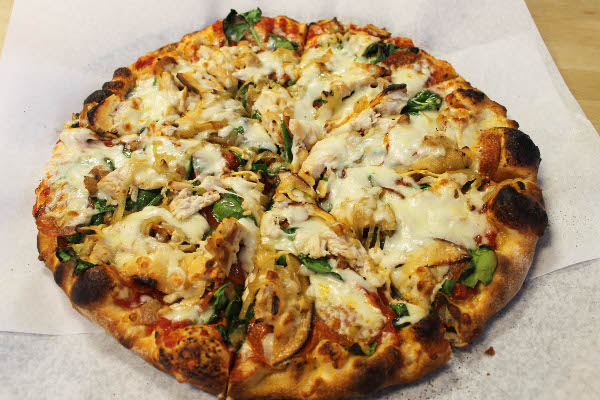 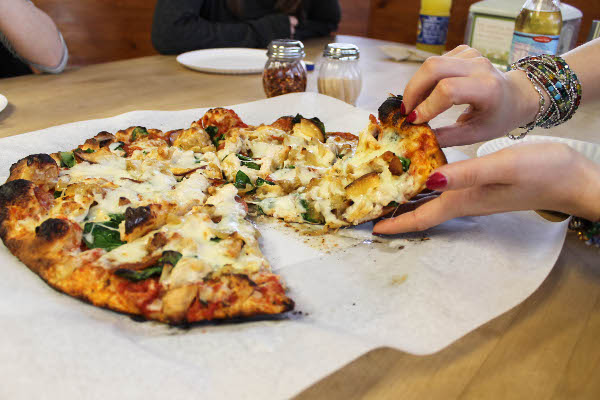 This last visit, we had the Roasted Garlic and Grilled Chicken – with red sauce, pepperoni, grilled chicken breast, roasted garlic, smoked gouda, mozzarella, and spinach. Liam said it is one of his favorites and now it is also one of ours.

There’s enough charm in La Befana that sets it apart from other pizza joints in the area, but it’s really the pizza that we keep coming back for. And the salads. Oh and the meatballs. 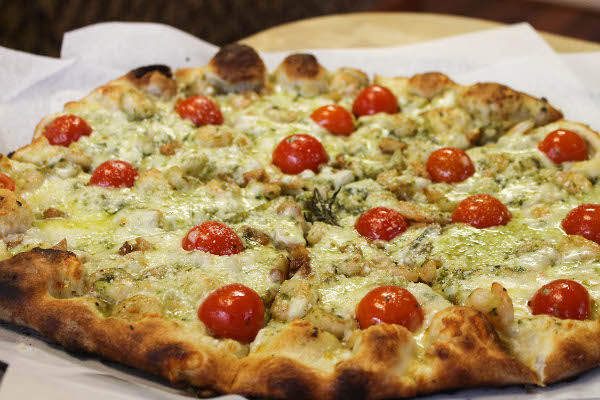 The other pizza we had was the Shrimp Pesto – a white pizza with grape tomatoes, roasted garlic, pesto sauce, and fresh mozzarella. The mozzarella is tossed in some pesto sauce before being added to the pizza, essentially creating pesto cheese on top of the pesto sauce. 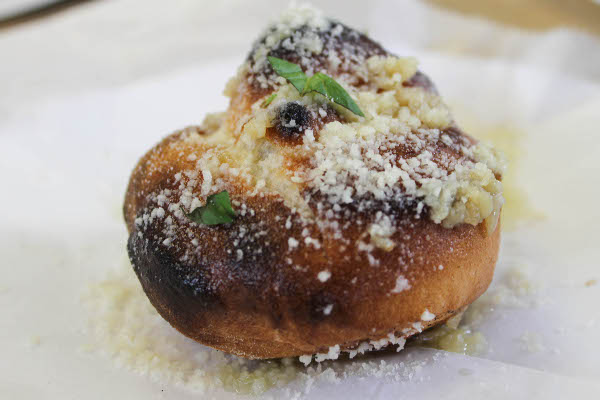 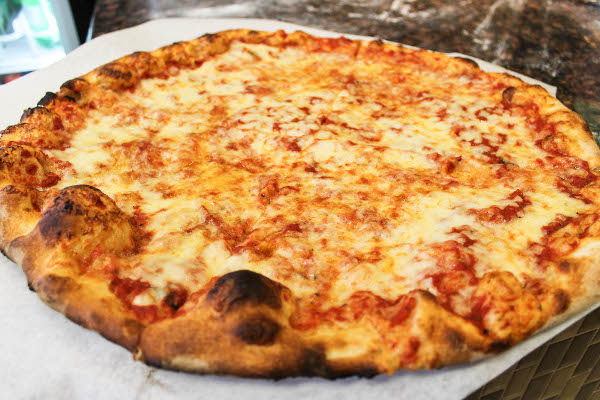 Two of the best sellers at La Befana are the garlic knots (fresh dough coated with generously helpings of garlic, cheese, and garlic-infused olive oil) and the classic cheese pizza (if you’re buying one slice, it’s actually one-fourth of the pie!). Hot and fresh from the oven, both are mouth-watering.

La Befana is named after the Italian folklore Befana, an old lady riding a broomstick who delivers gifts to children on Epiphany Eve (January 5), similar to Santa Claus. The child’s family would typically leave out wine and food for the Befana. I thought it was a nice and fitting story; while the Befana brings presents to children in Italy, the folks at the Allston pizzeria spread good cheer to Boston with their well-crafted artisan pizzas.

Because really, who isn’t happy when there’s good pizza?

« Previous
Brunch at Catalyst
Next »
2012 Taste of the Nation Boston