That Time I Made French Baguettes at PAUL Bakery 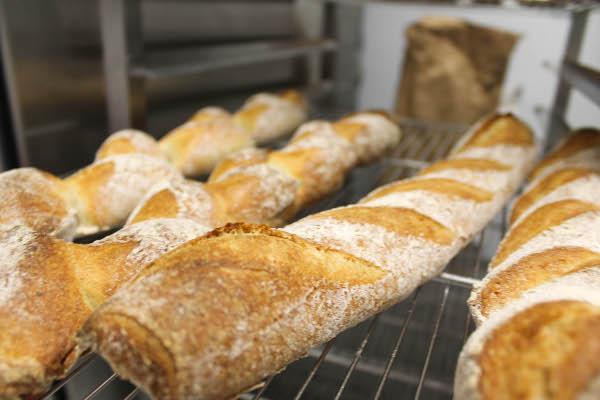 Not sure if you guys ever noticed, but I’ve never made bread here.

Sure, I’ve made quick breads (aka breakfast cake) but I’ve never made real bread, the kind that needs yeast…

But now I know! It’s not that hard, in fact it’s actually pretty simple. And not only did I find time to bake my own baguettes, but I learned it first hand at a fancy French bakery. 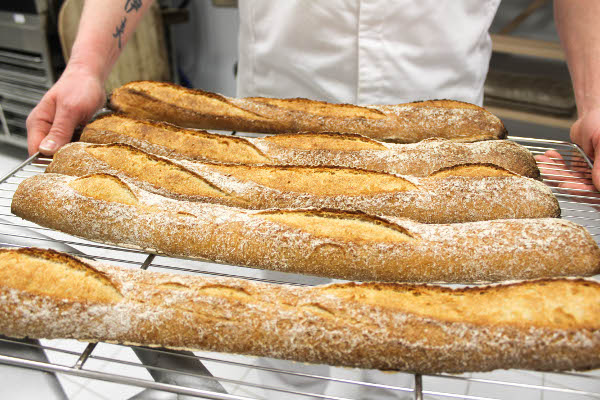 Oui, I had a one-on-one bread making session at the newly opened PAUL in Assembly Row, Somerville.

Side note: fellow Bostonians, have you been to Assembly Row?? I’m a big fan. Great outlet shopping (think Saks Off 5th, JCrew Factory, Le Creusset!), nice restaurants, and an awesome movie theatre with reclining LEATHER seats. And now PAUL is open there!

I love French food, especially French pastries (flashback to when I was in Paris for a day and I stuffed myself with macarons, chocolates, and bread). My friends rave about PAUL bakery, and in fact when I went home t0 Manila, Philippines last year, I went to PAUL a few times because it also just opened there. I remember when my friend Fe and I passed by the bakery to bring home some late night snacks for later that evening. We got a mini eclair and millefeuille, but we barely even left the mall parking lot before we broke into our take out bags and started eating the desserts in the car. They were delicious. Also proof why Fe and I are such good friends.

But back to the bread making class. Baker/chef Nicolas patiently walked me through the step by step process in making baguettes. He said that you only need 6 ingredients to make bread: flour, yeast, salt, water, patience, and passion. 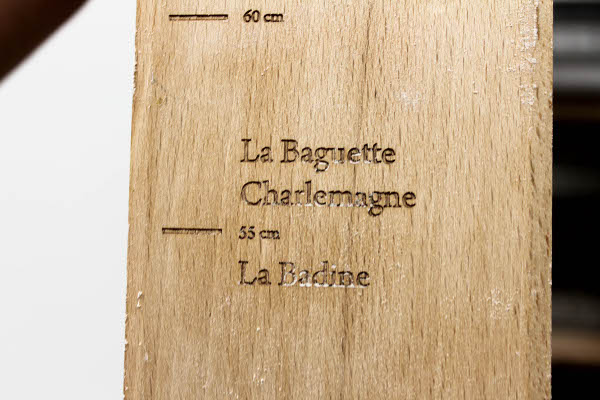 He first demonstrated how to make the dough, and then guided me as I did it myself, starting from making a well in the middle of the flour pile for water, mixing it in batches, adding yeast, salt, and kneading and kneading and kneading. All that kneading was actually pretty relaxing. Then we shaped the dough into baguettes, and PAUL even has a special ruler to measure bread.

We used a dough that has already rested and proofed (it needs at least 4 hours). See those air bubbles in that dough? That’s a result of all the air mixed into the dough and the yeast working together. Air bubbles result in soft, pillowy bread. Mmm bread. Nicolas  also taught me how to score the bread, which are the patterned cuts made on top of the loaves before baking, and it’s almost like the baker’s individual signature on each piece of bread. 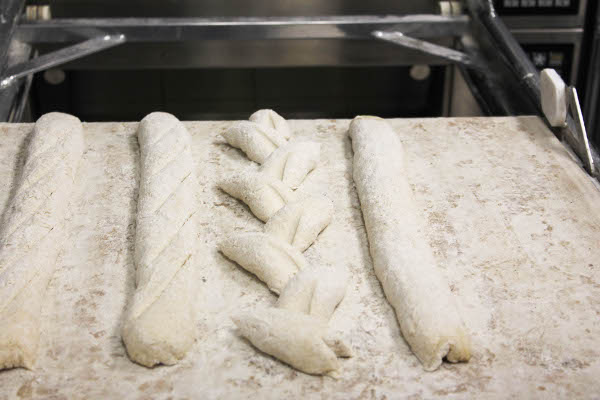 I also tried my hand at cutting the dough with scissors into these criss-cross pattern, which makes the finished loaf easier to break off into pieces. 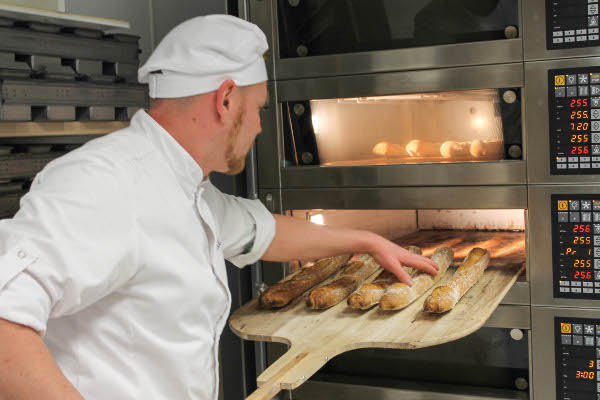 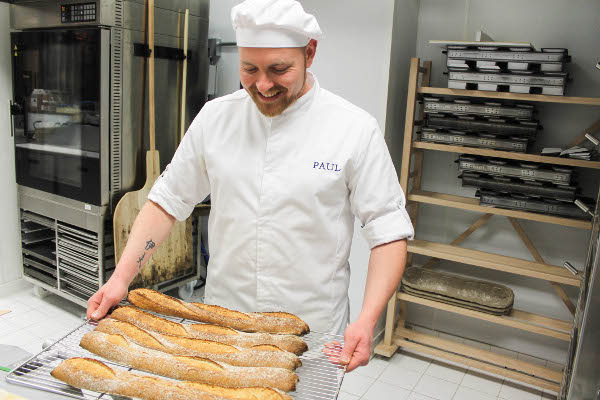 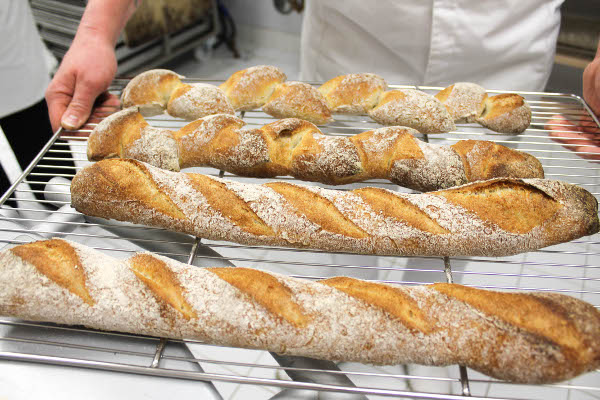 Ta-da! Check out those two loaves on top from the criss-cross cutting. You can imagine that I was pretty intoxicated with the smell of fresh bread at this point (and just so excited to spend a couple of hours inside the kitchen of a bakery), but we waited a few minutes to let the bread rest a little bit more before we ate them. I also went home with several loaves, which I shared with my co-workers the next morning. We ate it with apricot preserves and felt very French.

Here are a few more pictures of the actual bakery in Assembly Row (provided by PAUL, photo credit to Lisa Richov for PAUL USA): 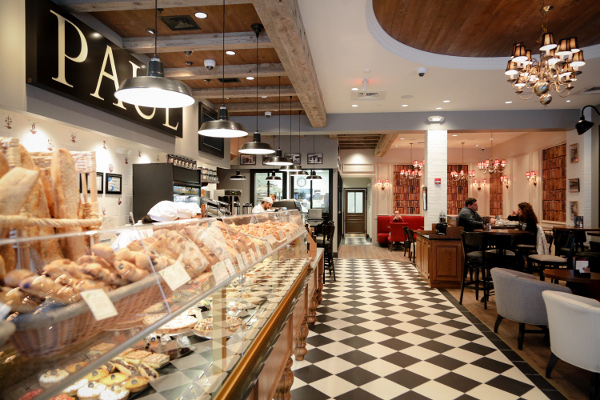 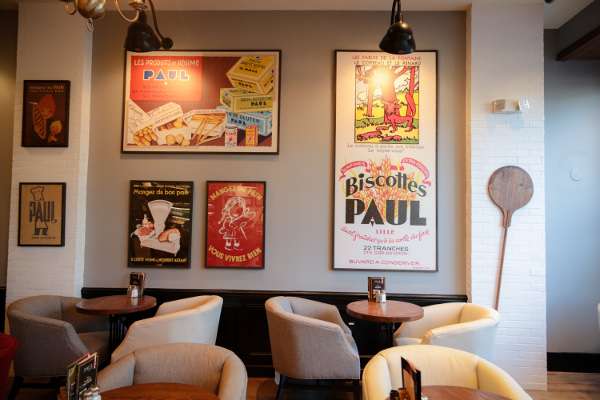 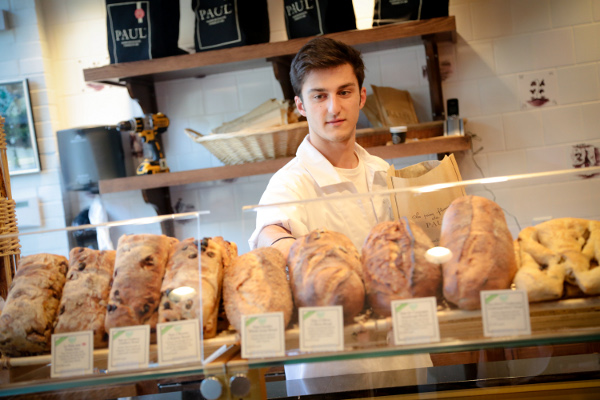 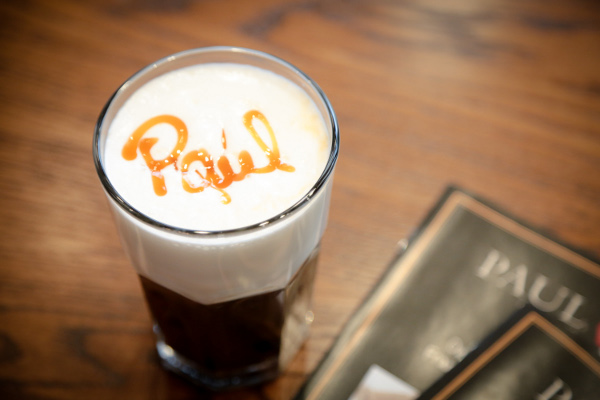 And one last photo of the bread we made that night: 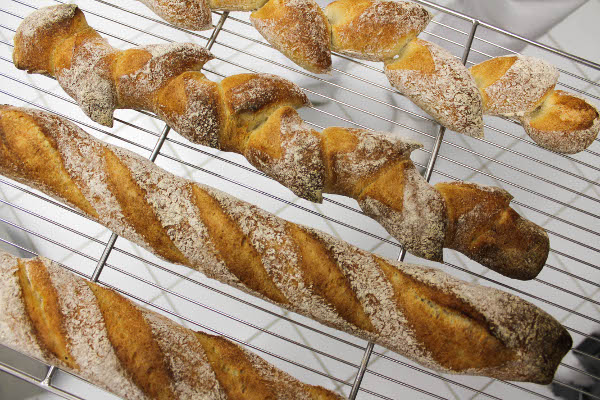 Thank you so much to the team at PAUL Assembly Row  for the complimentary bread-making session, and for the treats I was sent home with! I had a really great time at the bread-making class and I can’t wait to go back to PAUL again.

Have you ever made your own baguettes before?