I know it’s another long blog post title, but there are just too many good things to talk about!

Let’s start with Anna’s. Many Boston area residents consider Anna’s Taqueria the end all and be all of burrito joints. I’m one of them, and lately I’ve been finding myself at Anna’s more often – not just for the lengua tacos (which I love) – but more so for the horchata.

Horchata is the traditional Mexican drink made fresh daily from ground almonds, rice milk and cinnamon.  It  turns iced coffee into a nutty, creamy concoction – like the iced coffee horchata at The Painted Burro – but it’s also delicious as is. It’s the type of drink that can pass as dessert in my opinion, and one I enjoy year round, any time of day or night. 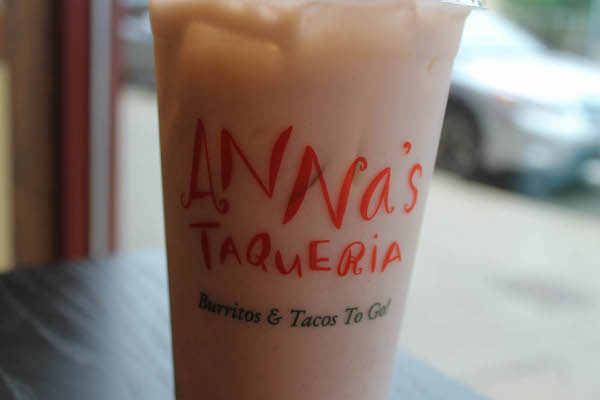 In the past month or so, I’ve gone to Anna’s three times just to get a glass of horchata – once before an afternoon of grocery shopping, another day for brunch, and one particularly humid evening. I’ve also started thinking of how great it would be as a mixed drink or cocktail, maybe in an espresso martini, or mixed with Bailey’s or Kahlua. When I start thinking about mixing alcohol, and when I don’t even consider getting a single taco, and just ordering the horchata by itself, it’s safe to say I may be slightly obsessed. 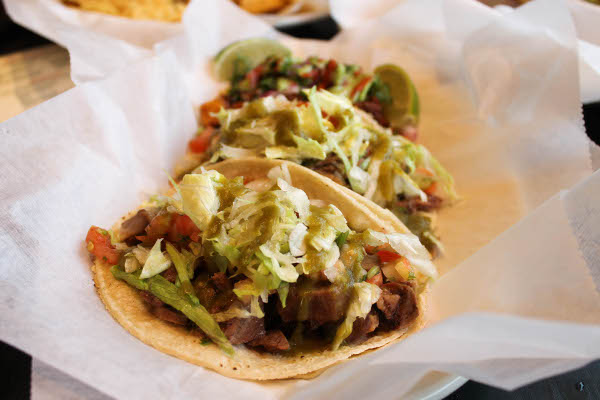 Not that the tacos at Anna’s aren’t crave-worthy. The plate picture above is a trifecta of lengua (slow-cooked beef tongue), carnitas (roast pork with traditional Mexican-style seasonling), and al pastor (marinated pork cooked on a rotisserie with pineapple and red onion).

Lately I’ve just been digging creamy, sweet, cold drinks, like the horchata and the iced cafe au lait that I had multiple times when I was in New Orleans last month. This is my segway to talking about Top Chef New Orleans… 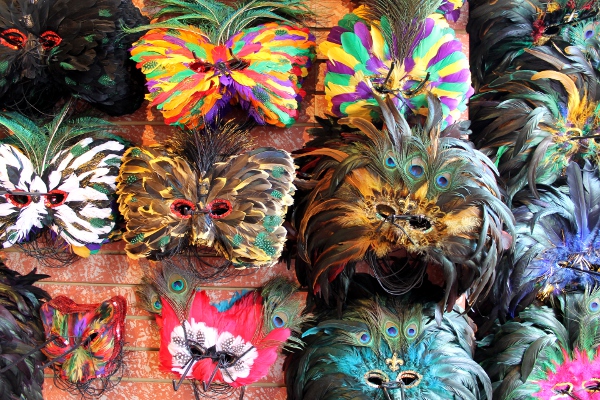 (photo from my recent trip to NOLA)

Did you guys catch the season premiere this week? I am super psyched for this season because watching the show feature all the landmarks and restaurants makes me feel like I am back in the Big Easy. Plus I’m a huge fan of Top Chef (wanna see a vintage post from three years ago?) even if do I find Padma more and more annoying each season… Anyway, this season has the usual characters, and I’m glad to see yet another Boston contestant: Stephanie Cmar (I met her and Kristen Kish couple of years ago at a cooking class at Stir!)  In addition to keeping my Wednesday nights free, I am also looking forward to reading the recaps. Eater and Grub Street both have particularly funny ones.

(Also, for friends who just assume that I am automatically rooting for the hot guy in Top Chef, you are wrong… Mostly because he’s not my type.)

Now on to this series of Good Eats. This is the latest installment of my Good Eats Series, where I share some of the great foods I’ve enjoyed but were previously undocumented.  This installment is equal parts food and drink. 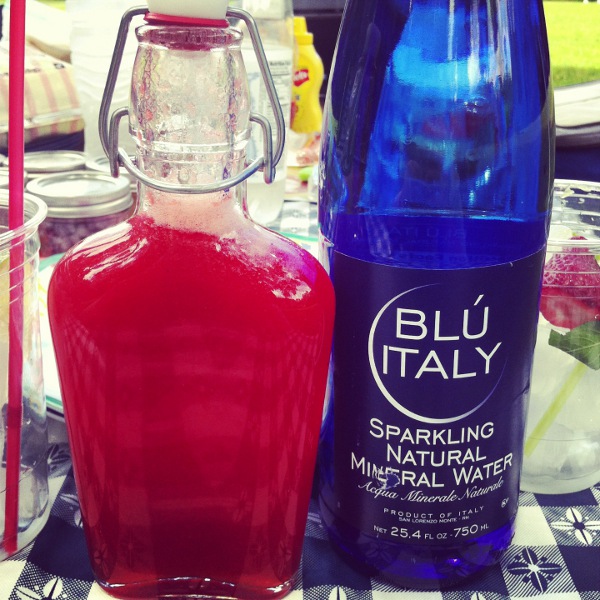 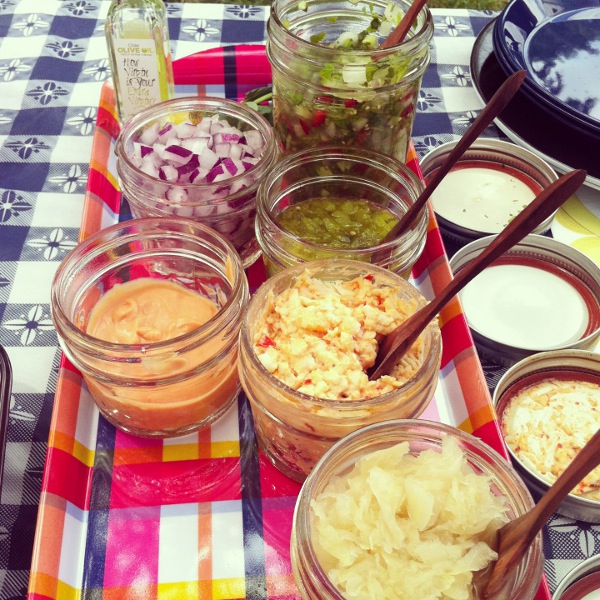 Several weeks ago, my friends and I got together for another picnic. One of my friends, Val, made terrific spritzers with homemade strawberry mint puree, and together she and I brought enough condiments and toppings for a burger and hotdog bar. I made my favorite pimiento cheese, which if I didn’t give away, I would eat by the spoonful. We also had onions, russian dressing, salsa verde, pickles, sauerkraut, and four different kinds of cheese. It was a very good spread. 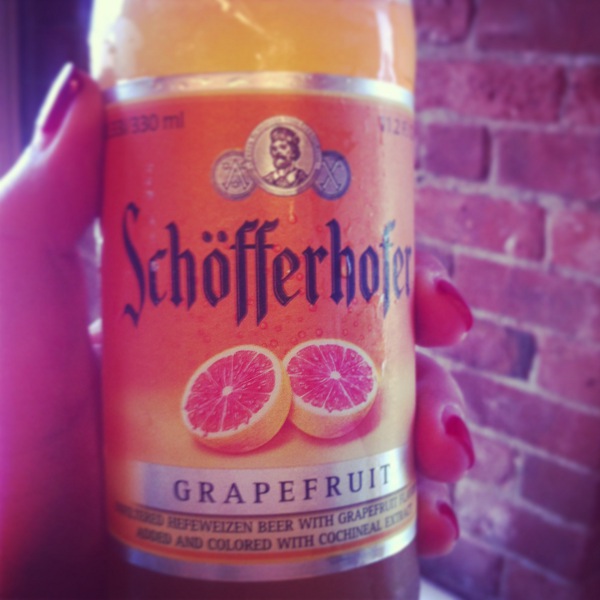 At work, we have Beer Fridays, and I sampled this refreshing bottle of grapefruit beer. I love fresh, chilled grapefruit – none of the broiled, topped with brown sugar stuff for me – and I sometimes treat myself to a can of Italian grapefruit soda. This Schofferhoffer beer tasted like a mix of San Pellegrino sparkling grapefruit soda and fresh grapefruit juice – no bitter beer taste at all! 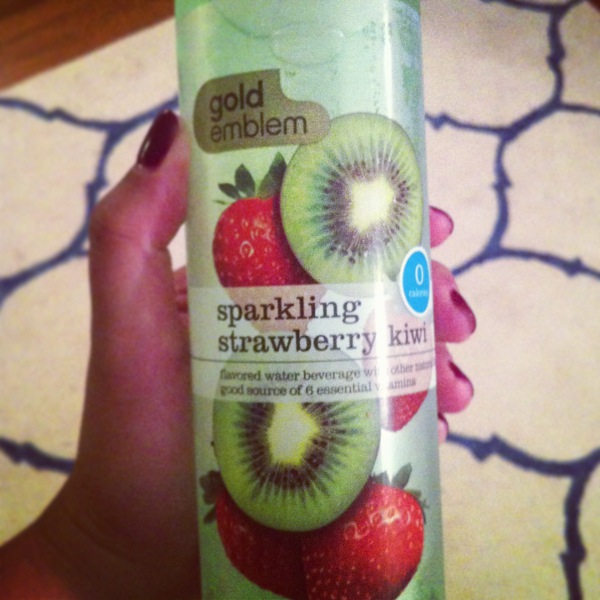 And speaking of sparkling beverages, I really like this sparkling flavored water from CVS. I’m part of the CVS Gold Emblem Taste Makers program so from time to time I receive samples of the CVS Gold Emblem line, which is available exclusively at CVS.  They have a great variety of high quality products at lower prices. I’ve tried and enjoyed plenty of products, especially the snacks, and this sparkling strawberry kiwi is one of my favorites. 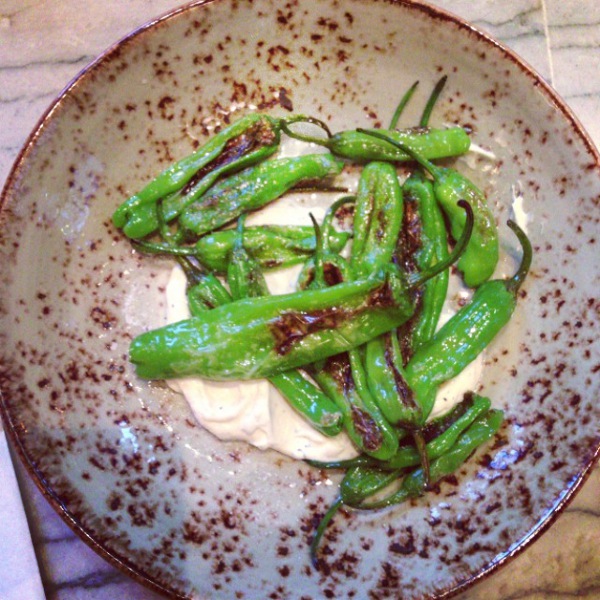 Last month, I went to Tavern Road with Dan and we had some bar snacks and a couple of drinks. They had a special that night of fried shishito peppers (sweet Japanese peppers) that was served on top of a grilled lemon and thyme aioli. For the spice-averse, this might look like a plate of hell but shishito peppers are actually pretty mild (like bell peppers). Fried and blistered, the peppers went so well with the creamy aioli. 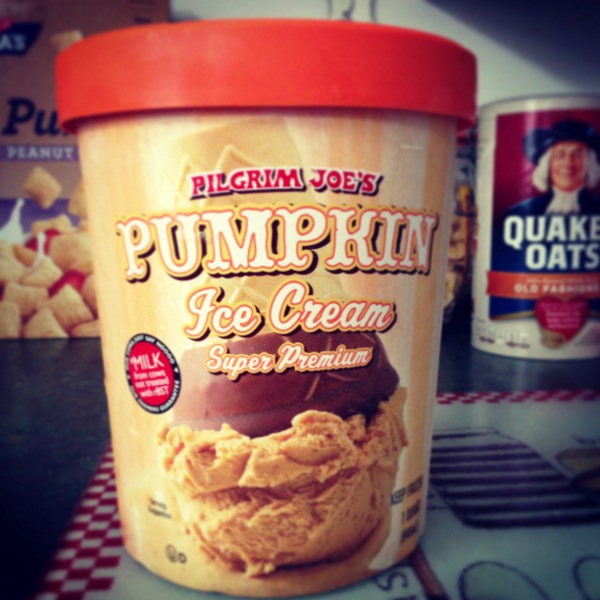 And last but not least, I bought this quart of pumpkin ice cream from Trader Joe’s. This has the perfect amount of sweetness and spice, and if I had to choose between pumpkin ice cream and pumpkin pie, I would choose this. And for the ideal pumpkin dessert, I would love this with some pumpkin flan. And now I’ve typed the word pumpkin so many times that it’s starting to look weird.

That’s it for this installment of Good Eats! What delicious thing did you eat or drink lately?