I’ve already talked about my obsession with Greek Yogurt and a few weeks ago I found a new favorite at Trader Joe’s! The Greek Style Nonfat Yogurt (0% Milkfat), Honey flavor, is delish – it is rich, creamy, with just the right touch of sweetness. I like mixing in a chopped banana and walnuts: the perfect breakfast! 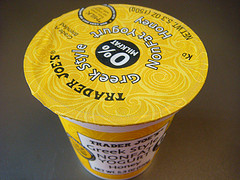 And speaking of Greeek, I’m in the middle of my Summer Book List and I just finished reading Middlesex (thanks to Oprah’s book club. I do everything Oprah says. hah!) The fictional Greek character has a very interesting story. Excerpt from Oprah.com:

“I was born twice: first, as a baby girl, on a remarkably smogless Detroit day in January of 1960; and then again, as a teenage boy, in an emergency room near Petoskey, Michigan, in August of 1974.” So begins Jeffrey Eugenides‘s second novel, Middlesex, the story of Calliope Stephanides, who discovers at the age of 14 that she is really a he. Cal traces the story of his transformation and the genetic condition that caused it back to his paternal grandparents, who happen also to be brother and sister, and the Greek village of Bithynios in Asia Minor.”

The story was quirky and twisted and weird on more than a couple of instances, but it was different and memorable. I normally don’t go for serious books in the summer, but I wanted to mix up my reading List. Before Middlesex, I read One Fifth Avenue – by Candace Bushnell, famed author of Sex and The City, and it was everything I wanted in a light, easy, summer read (aka chick lit)! 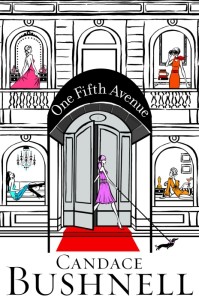 Now I am currently reading Bringing Home the Birkin, Michael Tonnelo’s fabulous story about his move to Spain and his “hot pursuit of the world’s most coveted handbag”. I’m loving it, having a hard time putting it down! This book is right up my ally: it touches on love, food and fashion – now that’s not Greek to me. 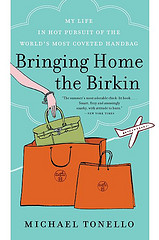 3 Responses to “Greek to Me”