I wasn’t running on empty. I was running on less than five hours of sleep. And it wasn’t pretty.

Yes, I know: sleep is beneficial. We’re all supposed to get eight hours of sleep (which some people argue is a myth – but the point is to remember that everyone’s sleep needs are different and we all need to get enough rest).  We all need to sleep more. And I’m usually pretty good at it, clocking in around seven and a half hours a night. But sometimes (the usual) excuses come up: I have too much work to do, I got home really late, I stayed up too late watching TV, etc etc. And then I counter it with, “I’ll just drink more coffee today” or “I’ll catch up on sleep this weekend.” Plus the fact that I sometimes choose ecstasy over my agony, bragging about that time I went to a 6 am yoga class on just four hours of sleep, or that time I went to the gym mere hours after a 21-hour flight, or that other time when… I fell asleep at the bus stop. Which is what happens when I get less than my usual shuteye. Then I start feeling cranky. I use three more layers of concealer to hide the dark circles under my eyes. My skin looks less glowy, more oily. And I crave carbs like there’s no tomorrow.

This past week I ran two short races: Vision5k and Chase Corporate Challenge. I claimed that I was still jet-lagged from my Italy vacation when I ran Vision5K, thus it explains my slow race time (I took around 10 mins/mile – I usually do 9 mins/mile but lately have been trying for 8). That was a Sunday, and I actually slept for about eight hours, so even though I wasn’t as fast as I would’ve wanted to be, I felt really good the entire time, and not at all winded/sore afterwards. But the Chase Corporate Challenge was a different story – I was sleep deprived, having slept for less than 5 hours the night before. Not only was I as slow, but I was huffing and puffing. And I was craaanky. I kept getting annoyed during the race that it was so crowded, even if I knew full well that there were at least 2,000 people running it.

What did I learn from this? It’s not easy to run on very little sleep. Actually, it’s not easy to do anything on very little sleep. At the start of the year, I was intrigued by Glamour Magazine’s Sleep Challenge. Glamour Editor-in-Chief Cindi Leive and Huffinton Post’s Arianna Huffington vowed to get a full night’s sleep every single day for a whole month, and urged women all over the world to do the same. Both women reported feeling infinitely better after just a month. 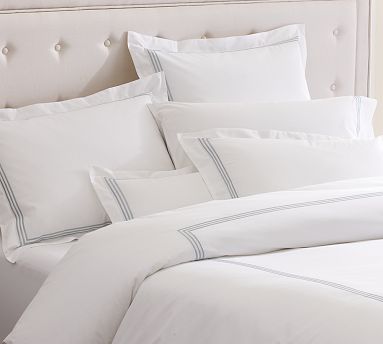 Sleeping is the time when our bodies renew cells and repair damage from stress and other factors. Skin regenerates itself, and we are basically recharging ourselves with each night of good, uninterrupted sleep.  Sleep is a natural way to “avoid puffy, bloodshot eyes, dark under eye circles, and a pale, washed-out complexion,” as iVillage points out. So say hello to a better looking you just by sleeping more.

Lose Weight While You Sleep

There are countless studies that prove that people can lose weight just by sleeping more. In a Glamour study by Sleep and medical experts Michael Breus, Ph.D., and Steven Lamm, M.D, testers lost up to 15 pounds (!) in 10 weeks just by sleeping more – with no significant diet or exercise changes. WebMD explores how sleep affects weight and explains how the hormones leptin and grehlin play a part in controlling hunger/fullness symptoms. Basically, the less you sleep, the hungrier you seem to be. And the more you sleep, not only are you more physically rested, but you’re also less likely to binge or crave for a sugar high/caffeine fix/greasy spoon/whatever food you think keeps you “energized”.

It makes perfect sense and I’ve seen the effects first hand. I’ve learned my lesson. From now on, I’m going to make sleep a priority because it plays such a big part on my health. Like the Glamour gals, I’ll aim to do it for just one month, to start (I’ll call it the Sleep Challenge, Bianca Edition).

posted in healthy, running
5 comments »
« Previous
Time to Get Serious: Why This Blog Exists
Next »
Tips on How To Survive (and Love) Hot Yoga

5 Responses to “Running on Empty”