Clearly, I am not.

I tried my best at the Sushi and Sake 101 event at Haru last Tuesday, but unfortunately my sushi creations did not look so good/just wasn’t appetizing enough/were kinda falling apart/okay they looked horrible. (They tasted good though.)

So I’m going to admit that I’m not a natural sushi-maker.

Richard aka The Passionate Foodie was our sake pro and I learned a lot from him that night.  Did you know that you’re supposed to sip sake like when you’re drinking wine, and not toss it back like tequila? You did? Yeah, me too. Richard led us through a sake tasting, called a kikishu, and we tried three different kinds of sake: 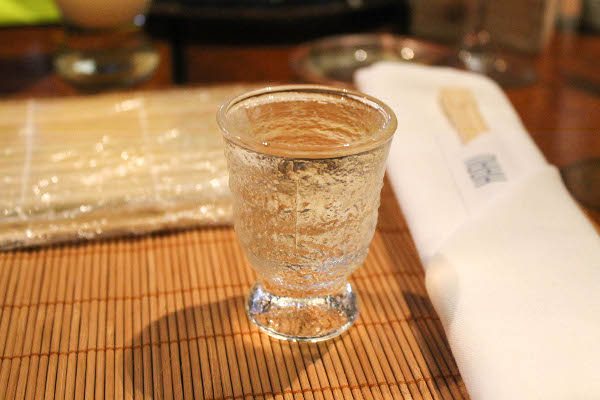 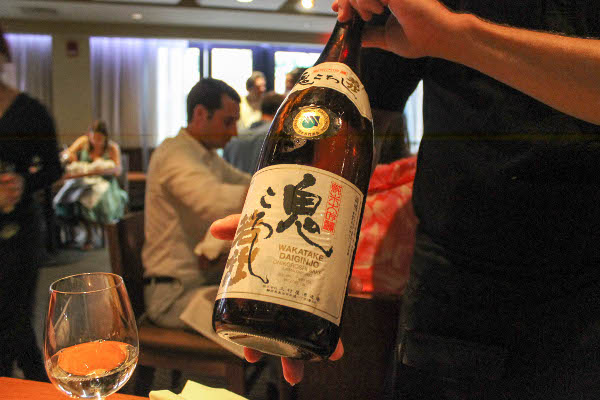 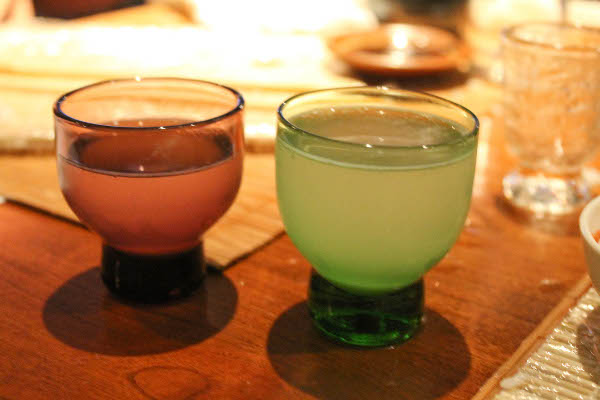 The three sake we tried were the Kaori Junmai Ginjo, the Wakatake Onokoroshi Junmai Daiginjo, and the Moon Rabbit Sparkling Sake. The sparkling sake was my very favorite – and not only because I can pronounce it easily. It was sweet and reminded me of champagne and vodka combined.

Now back to my sad sushi skills. My rolls were oddly shaped, with seafood spilling out. They were not pretty. So I’m glad I was with Mr. Sushi Expert himself – that would be Dan from Food in my Beard. Dan expertly, quickly, neatly rolled up some rolls, makis, nigiri… while I tried not to spill too much sushi rice on the floor. 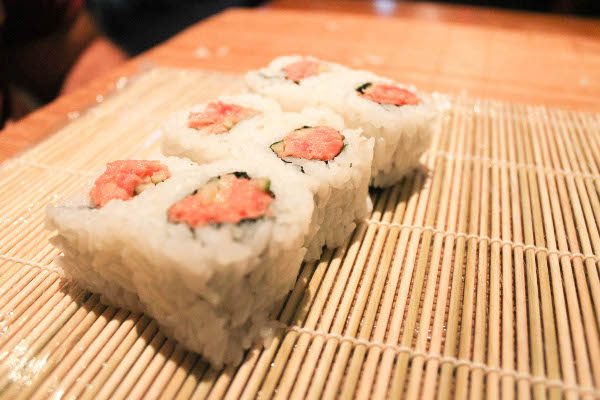 Meanwhile, at the other end of our table, were the real sushi-making machines: Meesh and Jacki of Just Add Cheese. These two gals were busting out some delicious looking rolls; I was really impressed. 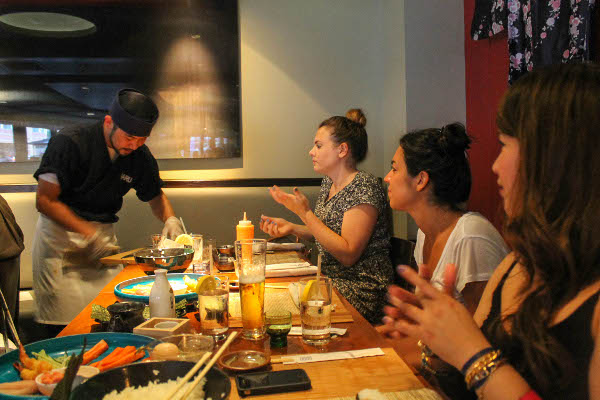 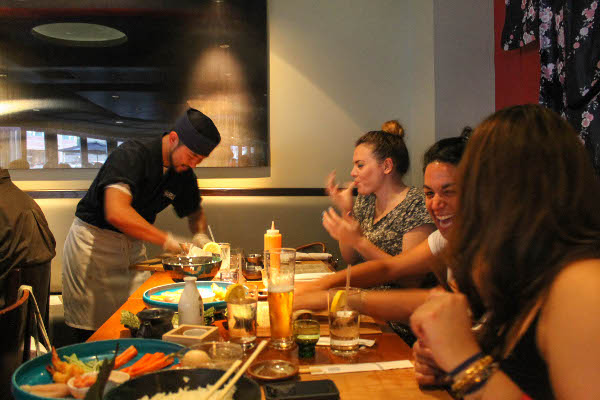 Here you can see my hair, with Jacki and Meesh having fun.

The set-up was that each table was given the ingredients and then we made our own sushi, led by Haru chef Masa-san. 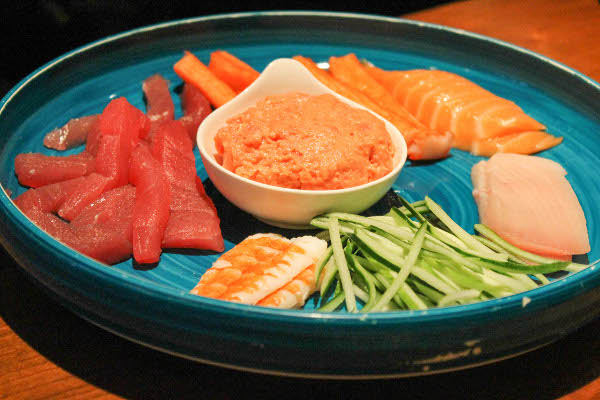 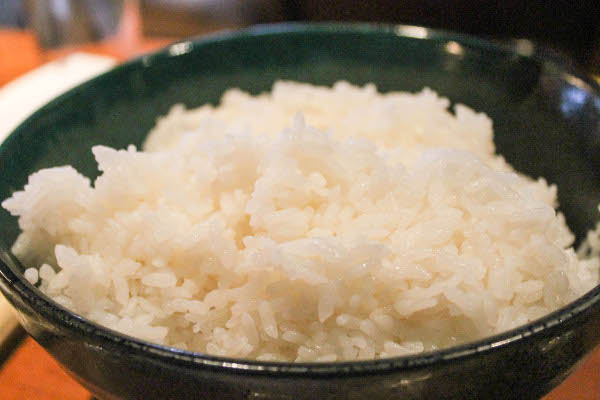 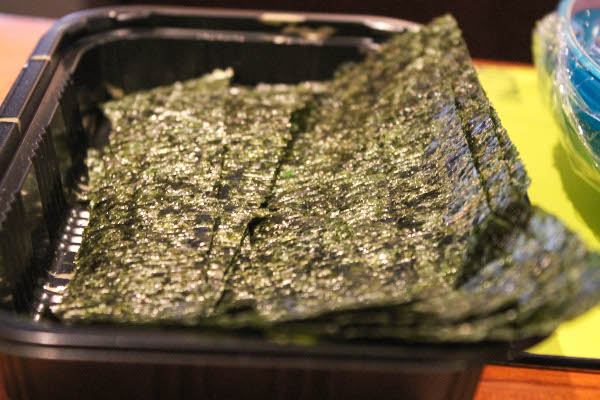 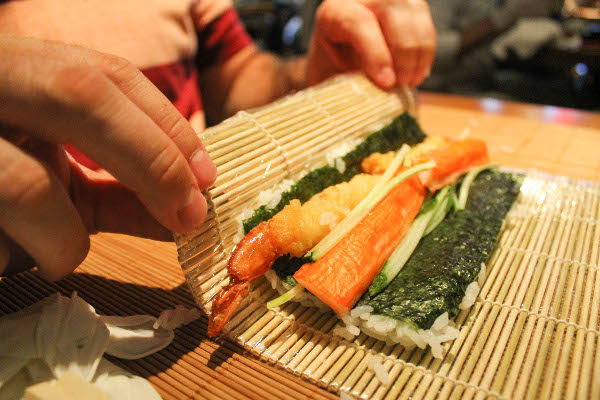 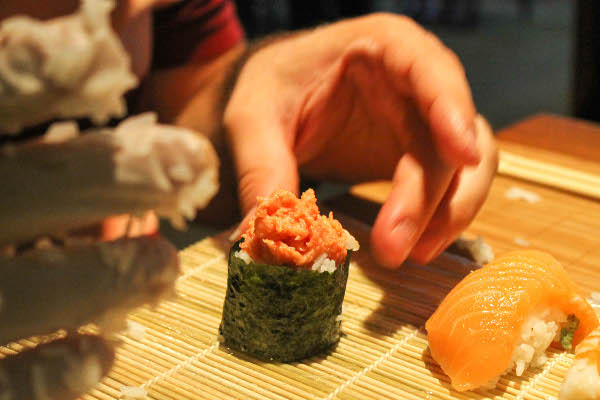 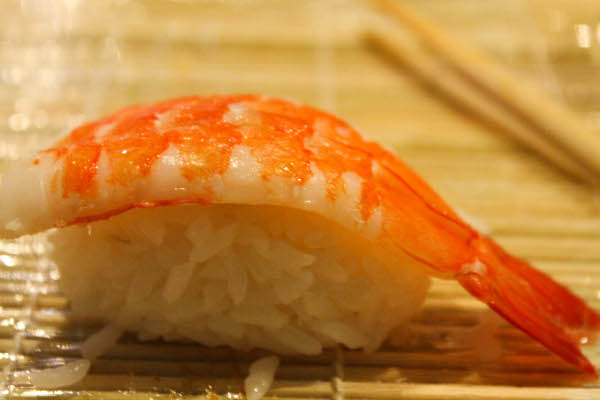 That shrimp nigiri was my only creation fit for public eyes. 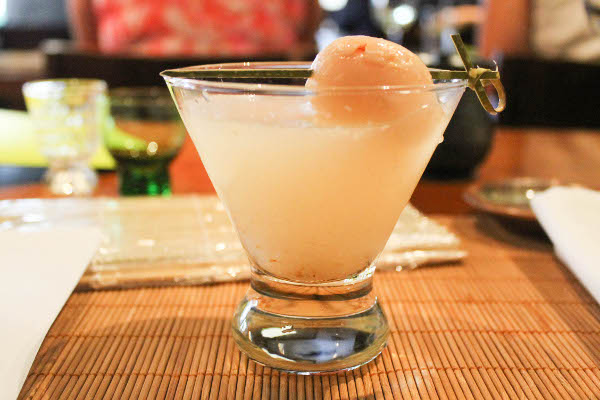 In addition to the three flights of sake (remember: this is a judgement free zone), I also tried this lovely lychee martini. I’ve always loved lychees and was delighted to find fresh ones at Whole Foods the other week.  I ate them all though and didn’t get to make any cocktails. This martini was made with vodka, but I bet it would be great with sake as well.

I had a blast at Sushi and Sake 101. It was nice taking some sake lessons from Richard and learning how to make sushi from Haru’s chef, all while enjoying the company of friends. I will definitely be on the lookout for the sparkling sake! And maybe someday, when I’m feeling courageous, I might attempt to make my own sushi at home. Or I might just stick to baking cake.

Big thanks to Haru for the event invitation!