I’ve known for a while what kind of birthday cake I want: Yellow cake with a dulce de leche filling and a dark chocolate frosting.

But I didn’t know where to get it, and honestly, I didn’t want to buy my own birthday cake. So… I baked it myself.

And it was glorious.

The kitchen gods must have known in advance, because the moment I started searching for recipes online, I found a wonderful recipe on Smitten Kitchen for Best Birthday Cake. It was yellow cake with a dark chocolate sour cream icing, and the icing didn’t even need a fancy mixer or anything like that (remember my baking confession?). A chocolate icing made by hand? I was sold. 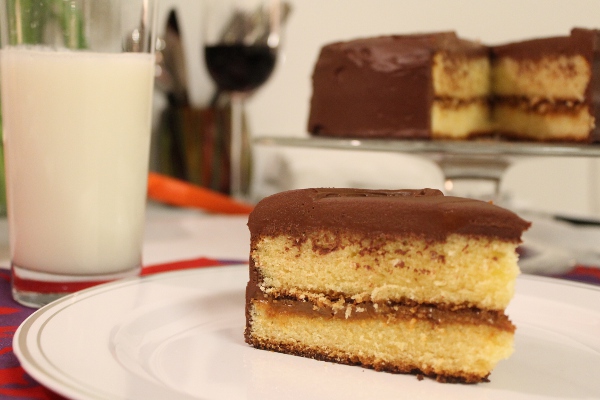 Now, don’t think that baking a cake is easy for me. Sure, I make a lot of cookies and brownies and truffles and whatnot. But – here’s another baking confession – I’ve never actually made a full, layered, frosted cake. This was my first attempt. 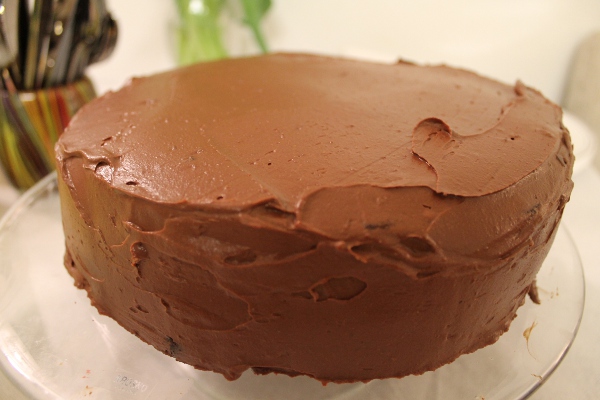 So my cake wasn’t exactly a thing of beauty… 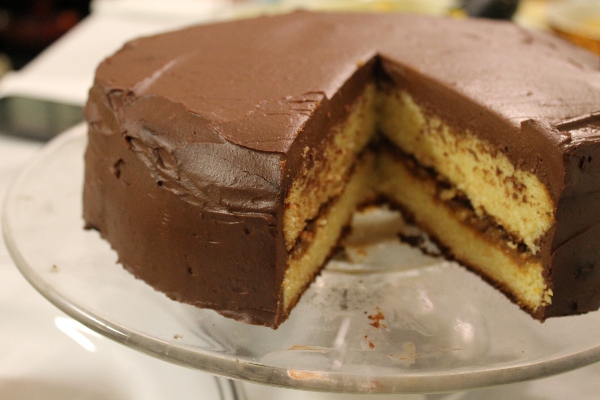 I read all the Secrets to Frosting a Layer Cake by American’s Test Kitchen and I also followed Deb’s recipe exactly, only making a couple of adjustments:

1) I used regular cream soured with lemon juice, instead of buttermilk 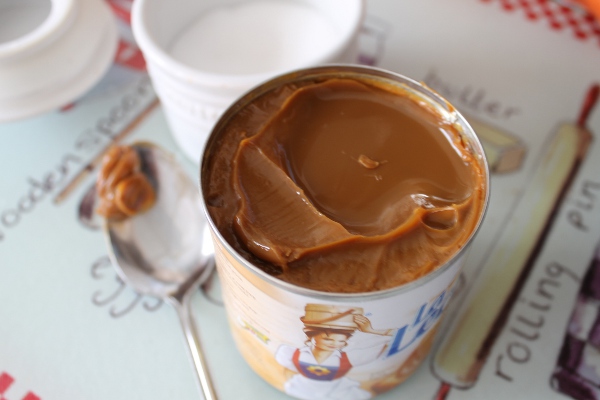 Of course my dulce de leche came from a can. Ain’t no shame! 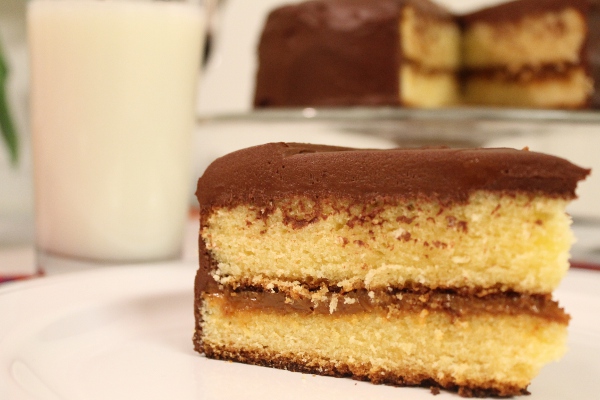 I only encountered a couple of mishaps during my birthday cake making. The edges of the cake got a little too crispy, so I just trimmed those off (resulting in a not-perfectly round cake). And the cakes puffed up in the middle, but I simply sliced off the domed portion with a serrated knife. It also helped to chill the cakes in the freezer first to harden it up (one of Smitten Kitchen’s great layer cake tips) before frosting, which I had really enjoyed (resulting in an almost-perfectly round cake). 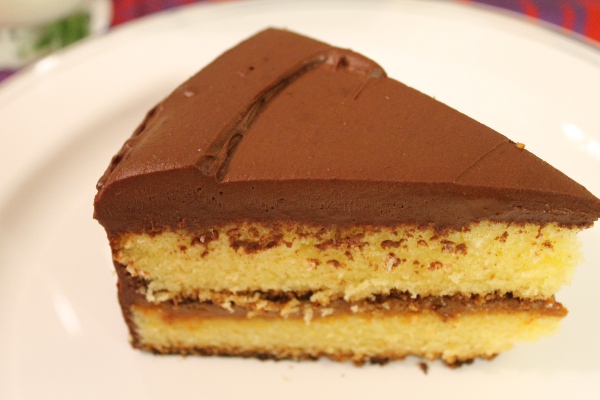 It was everything I wanted it to be. The yellow cake was moist and subtly sweet, which went so well with the velvety dulce de leche and the thick dark chocolate frosting. It really was the best birthday cake.

I had such a wonderful birthday, doing things I love the most (running, cooking, spending time with friends, talking to my family). I did the big party last year and so this year I wanted to just stay in and have a nice, quiet dinner at home with friends. Thank you to all who greeted me and for all the well wishes!

And now that I’ve successfully made my first birthday cake, my question is… whose birthday is coming up soon?? Let’s make another one.

« Previous
Whole Roasted Fish at Trade, Plus Some Hits and Misses
Next »
Dinner at Sandrine’s Bistro