You know what they say: when life gives you lemons, you make lemonade.

But what if life gives you a souffle when you’re trying to make cheesecake?

I guess you can turn them over, and fill them with sweet strawberry jam. They’ll still look pretty – on the rustic side, but still cute because they’re so little – and they will taste good. But they will NOT be cheesecake.

My latest kitchen fail involved mini ricotta cheesecakes that turned out nothing like the cheesecakes they were supposed to be.  Instead they turned out to be puffed up, eggy, souffle-like cups with burnt bottoms. 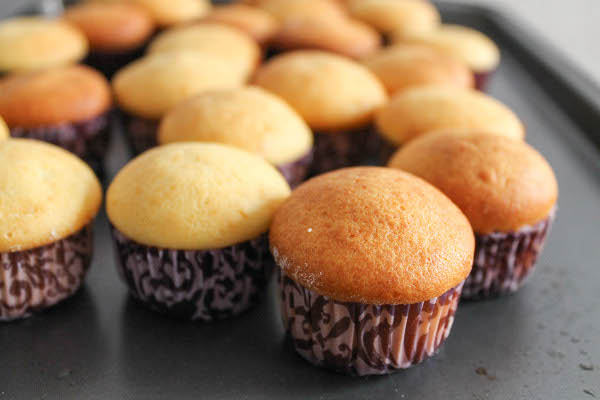 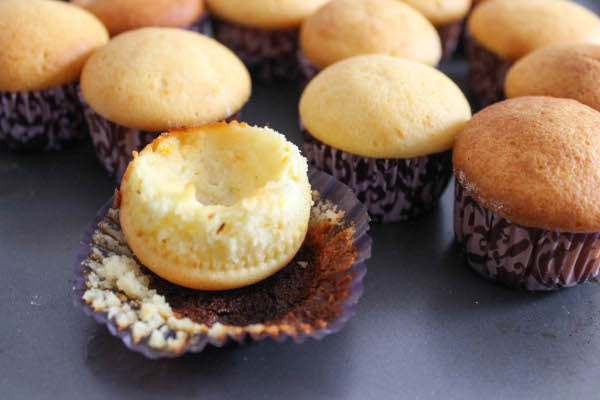 I know exactly what I did wrong: I was a little overeager while beating the batter, and instead of using softened butter in the muffin liners, I used melted butter. And my oven also bakes at a higher temperature than stated so that didn’t help, either. 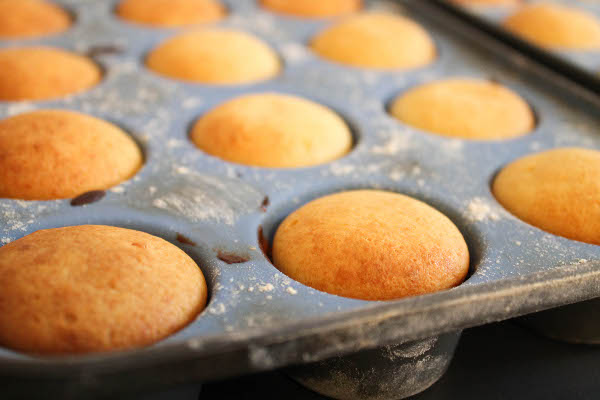 As soon as I pulled out these little cheesecakes and I saw the puffy domed tops, I knew something was wrong.  I was still hoping the tops will fall, and I’ll end up with denser cups of ricotta cheesecake. But the bottoms were burnt (like my last kitchen fail) and I couldn’t even peel off the liners neatly.

So I did the best I can do with the little cheesecake tops. I discarded the burnt bottoms and just worked with the soft tops. Then I turned them over and spooned some sweet strawberry jam in the middle. 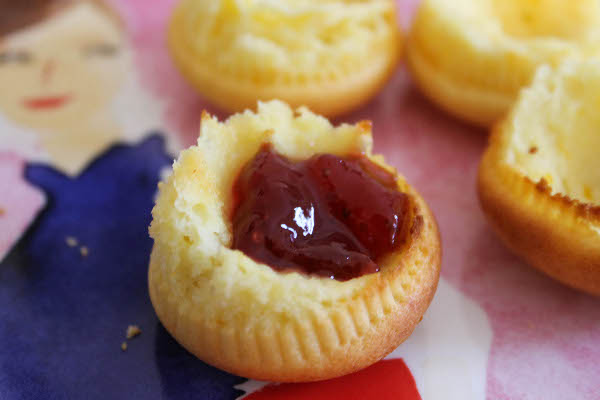 Voila! Mini Upside Down Strawberry Ricotta Cheesecake Cups. They’re kind of adorable, really. And delicious, too: a little bite that’s light-tasting and not too sweet.

This is the Martha Stewart recipe that I attempted: Italian Ricotta Cheesecake. While I love a rich, creamy cheesecake, I wanted to try a lighter version that has no crust and is made with ricotta instead of cream cheese. Too bad my mini versions didn’t turn out quite as expected.

But the lesson learned here? When you end up with a baking disaster like this: 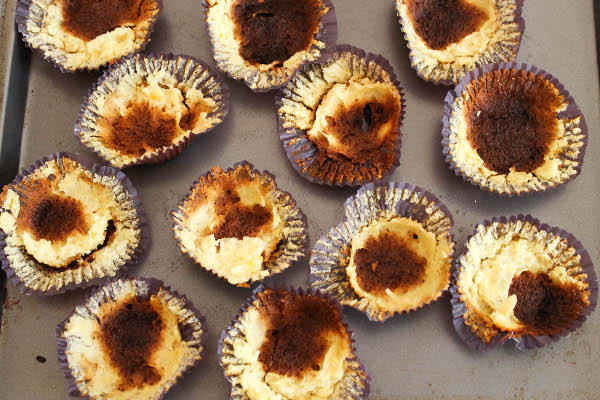 You should try to find a way to salvage it and come up with this: 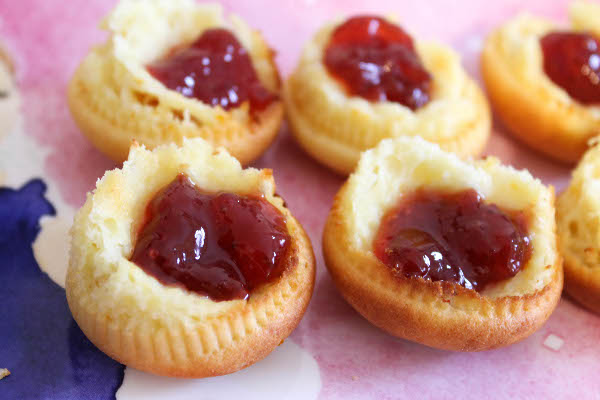 (And if you’re serving it at a party, just pretend you were really going for these rustic upside down cheesecake cups.)

If you’d like to try other cheesecake recipes that I’ve successfully baked, how about one of these cheesecake bars instead? 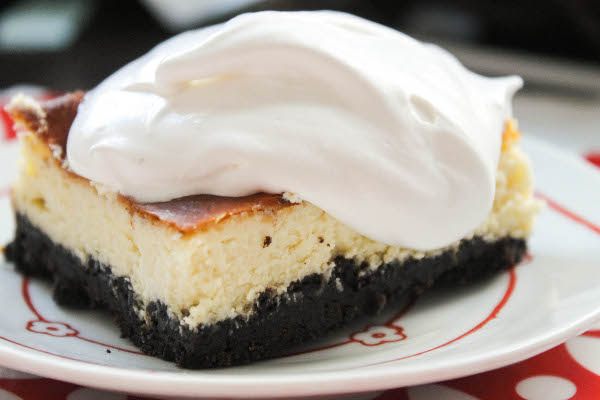 Coconut Cheesecake with a Chocolate Crust and Coconut Whipped Cream 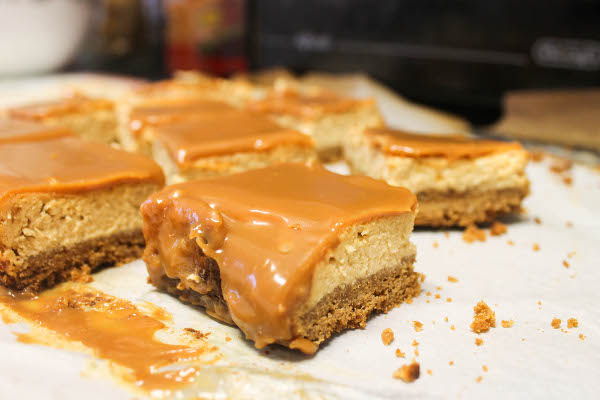 Do you have a recent kitchen fail? Were you able to salvage it? Tell me about it in the comments section!