I went back to Spain last month.

Not physically. I was here in Boston all along.  But I was transported back to the place of my favorite vacation when I had dinner at Barcelona Restaurant & Wine Bar in Brookline, Mass.

As some of you guys may remember, last summer I went to Spain with my good friend Fe. We had a blast, enjoying the nightlife, seeing all the sights, marveling at the architecture, basking in the culture, and eating all the food.

And I really mean eating ALL THE FOOD, because it was a gastronomic excursion along different cities. We feasted on jamon iberico and churros, tapas and pintxos, paella, sangria, and more churros. Every bite was delicious and we got drunk on the Spanish way of life, so leisurely and passionate at the same time, and so closely tied to our own heritage of being Filipino. 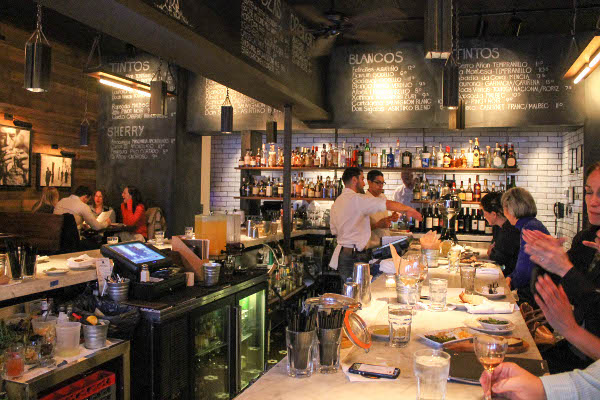 Last month, I had the pleasure of dining at Barcelona Wine Bar & Restaurant. The Brookline outpost is part of an award-winning Spanish tapas restaurant group (other locations are in Atlanta and throughout Connecticut). I attended a media tasting with two of my blogger friends, Rachel from Fork It Over, Boston and Richard from The Passionate Foodie. 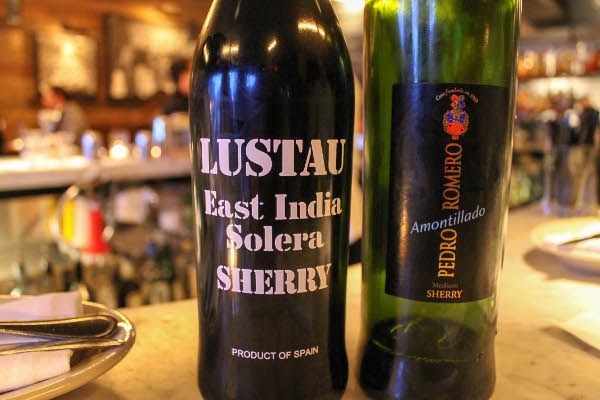 We started at the bar, where I had a white sangria, and also had a sip of sherry. I often forget about sherry but I do like it, especially the intensely sweet ones.

We ordered a  bunch of tapas, but the kitchen also sent out some must-try dishes. Chef Steven Brand sliced the jamon iberico tableside; and as we let the salty, silky ham melt in our mouths, I remembered why I wanted to eat it everyday when I was in Spain. 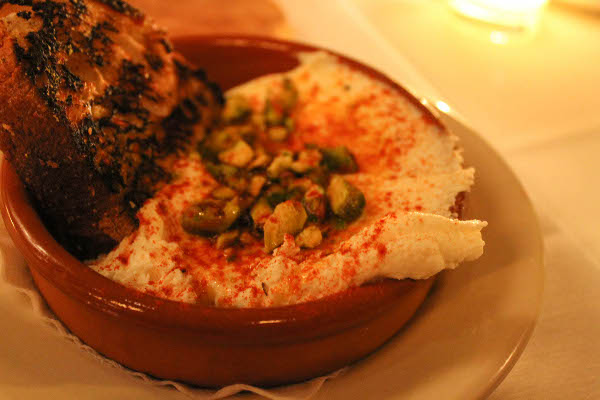 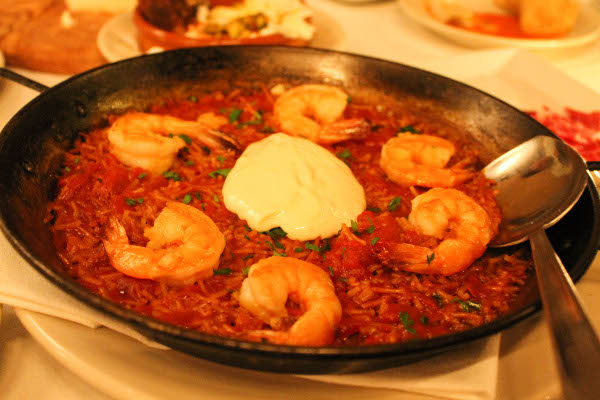 I really liked the whipped sheep’s cheese (as much as I liked the sheep’s milk ricotta at Locanda Verde in New York and the whipped goat’s milk feta from Tavern Road at the Fort Point area). That and the shrimp fideos were my favorite dishes that night. Fideos is a toasted noodle dish, and at Barcelona restaurant, it was toasted lobster-infused noodles, topped with shrimp and a dollop of aioli. Mmm-mmm.

We sampled many other dishes that night that I couldn’t even keep track, and I didn’t get to take a picture of each plate either. But below are some that made it into my camera (and into my belly): 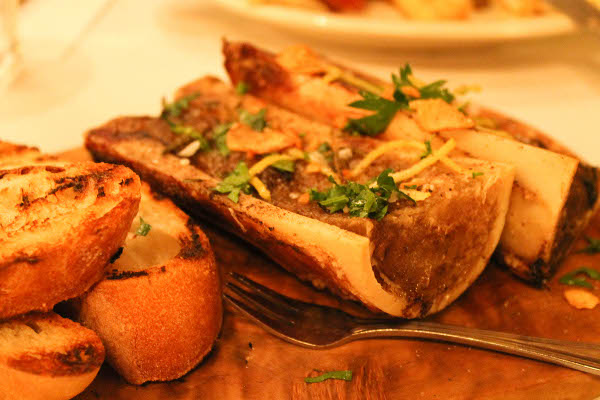 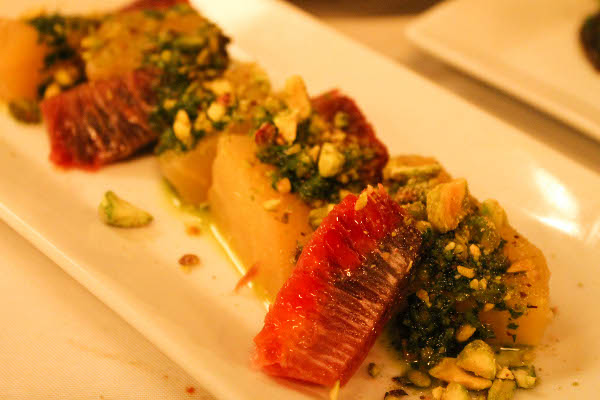 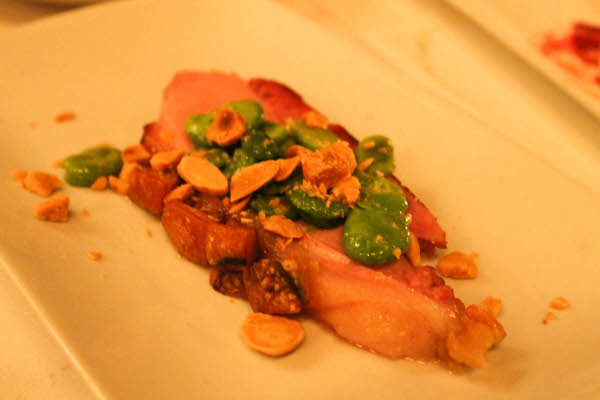 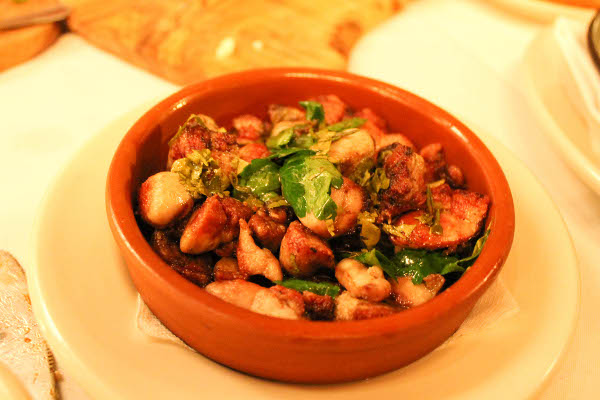 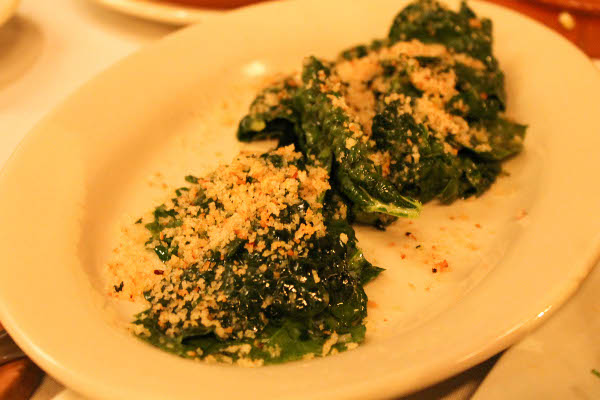 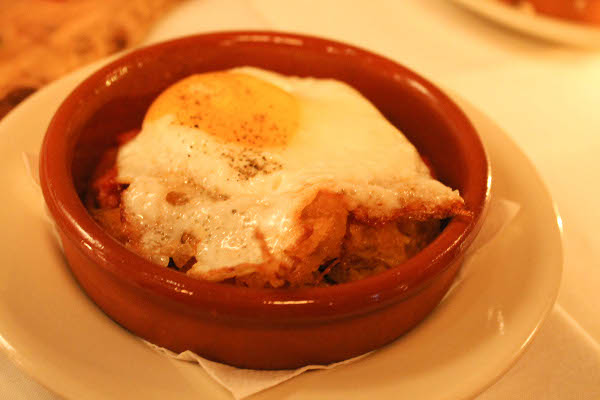 roasted bone marrow, golden beet and blood orange salad, pork belly tenderloin (a special that night), sweetbreads a la plancha, a kale salad (I was enamored with the anchovy vinaigrette and the panko breadcrumbs), and migas

I knew that migas is a Tex-Mex dish of scrambled eggs topped with tortilla chips (I ate a plate in Houston a couple of years ago); I didn’t know that Spanish migas is entirely different. The Spanish version we had consists of crispy bread crumbs, mixed with chorizo, and topped with a fried egg.

We ate at a leisurely pace, just like in Spain, and lingered over wine and dessert. Dessert was chocolate cake and (what else but) churros, served with a little dipping cup of hot chocolate.

Big thanks to Barcelona Restaurant and Wine Bar for transporting me back to Spain for a night. We had a delicious meal and an evening I’d like to repeat soon. If only it were this easy to go on a repeat vacation to Spain!

To read about my Spain travels, check out my blog posts on Madrid, Cordoba and Sevilla, Ronda and Costa del Sol, and Granada and Toledo. Salud!