This is the last of my Spain vacation recaps but it’s the most exotic because it includes a palace, a labyrinth, gypsies, and piononos.

What’s a pionono, you ask? Why, it’s a dessert, of course. It’s a dessert that up until last month I thought was native to my mom’s hometown in the Philippines, so imagine my pleasant surprise when I found out that it was also a specialty in Granada. In the Philippines, it is spelled pianono but it is the same thing: little cake rolls soaked in syrup and filled with custard.

I did a little Googling and found out that piononos are also popular in South America, which immediately made me want to re-create a version with dulce de leche. But before I get ahead of myself, let’s go back to the pi0nonos I ate in Granada: 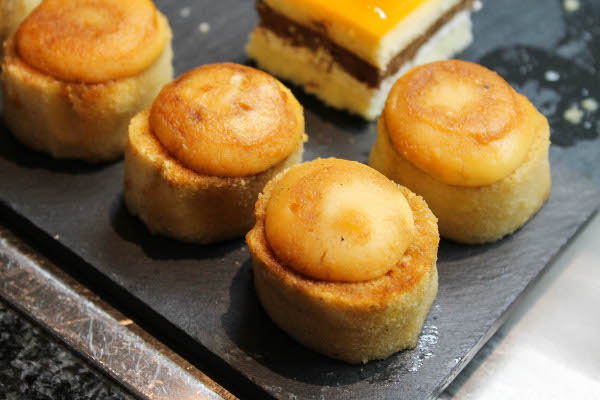 I initially thought that those were banana slices on top but upon biting into one, I recognized the familiar flavor of the pianono I used to eat back home: soft, spongey, and sweet, with cool, creamy custard. It was my favorite food at Granada.

I was looking forward to Granada ever since I booked my plane ticket to Spain; the piononos were just a nice bonus. I really wanted to visit the famed Alhambra, a magnificent castle and fortress that was the stronghold of the Moorish kings. It is located on the most strategic point of Granada, with a view of the whole city and the meadows. 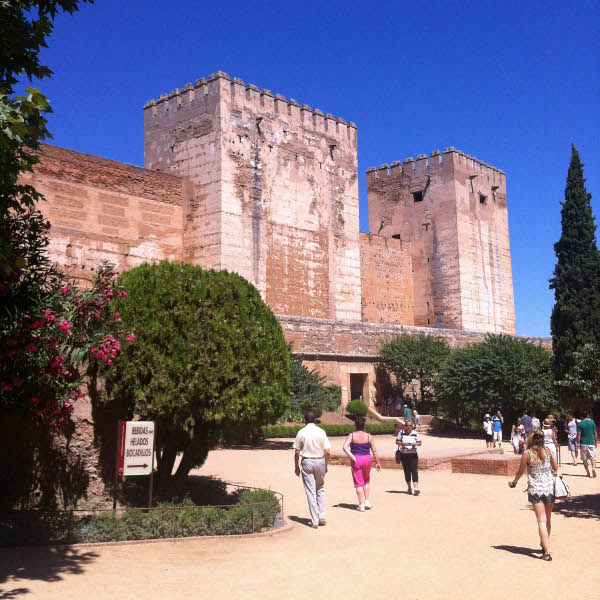 The details on every inch (inch!) of the palace are astounding. I’ve never seen anything like it. 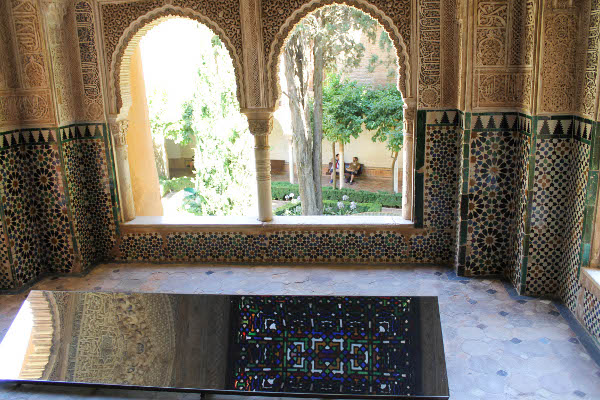 Here the mirror on the floor reflects the intricate walls and mirrored glass on the ceiling. The whole place is breath-taking.

I also loved the Generalife, the summer palace that’s connected to the gardens. The perfectly manicured lawns and trees look like a labyrinth and reminded me of one of my favorite movies (Pan’s Labyrinth, NOT The Shining).

After spending a few hours at the Alhambra and Generalife, we checked into our very modern hotel, I soaked in the tub (ahh, the pleasures of vacation) then got ready for a night out in town. More specifically, a night out in one of the caves. A night out with… gypsies. 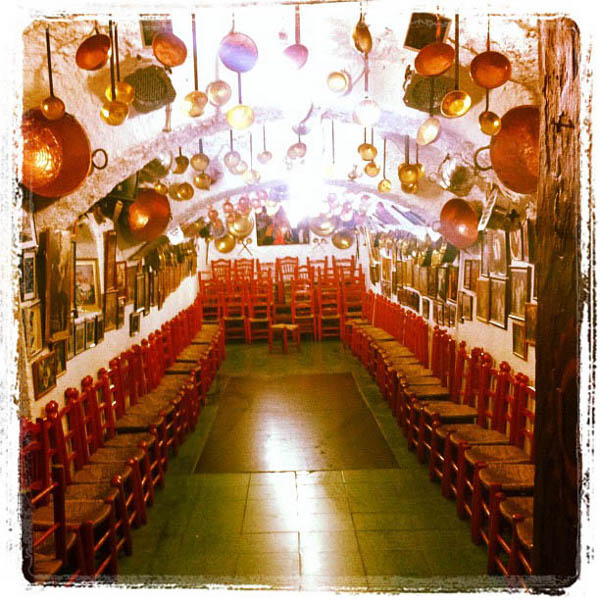 We went up to the gypsy quarters, an area lined with caves that have been carved and turned into a homes, bars, and restaurants. Our group went to a place called Cueva de la Rocio.

Now let me admit that when I am exhausted and after a few drinks, my mind starts thinking of foolish things. Like upon being ushered in and being given glasses of sangria, then having an onslaught of loud chatter, glowing lights, and feeling the electricity of energy pulsing through the room, it did cross my mind that maybe, just maybe, we were being stimulated and intoxicated on purpose so that gypsies can do some magic tricks on us or something. Maybe that’s what the tour guide meant by “a night out with gypsies.” Of course that was not the case. Silly me. I just did not read the fine print. We were being treated to a gypsy show. 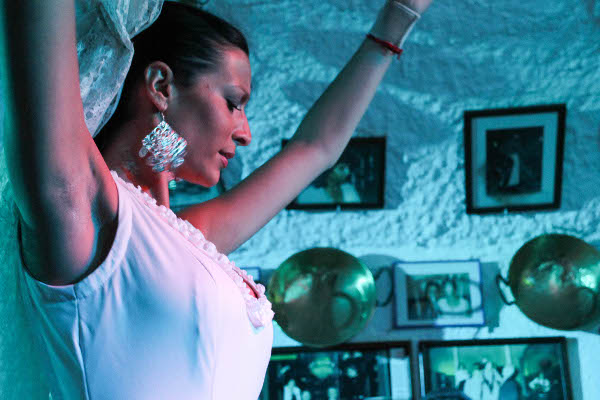 The show was a combination of live theater and musical numbers. The performers were mesmerizing; the soulful strums of the guitars, the loud stomping of the dancers, and the rueful and passionate love songs of the singers made it such an entertaining evening.

To sustain our energy during our two days in Granada, we ate well there. Very well. 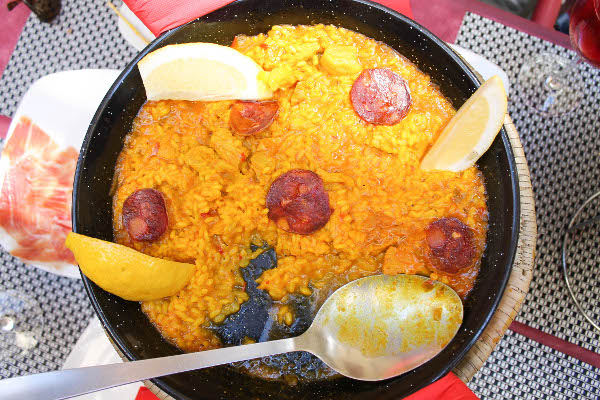 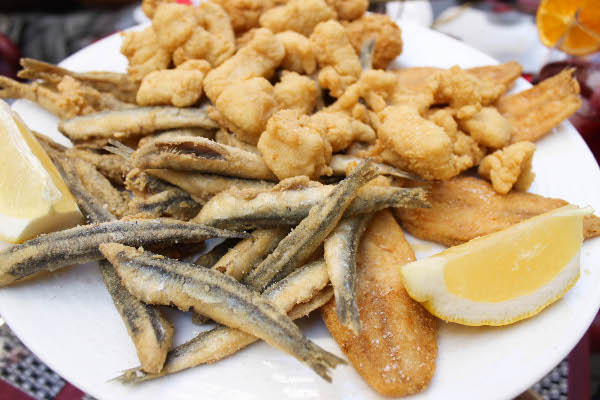 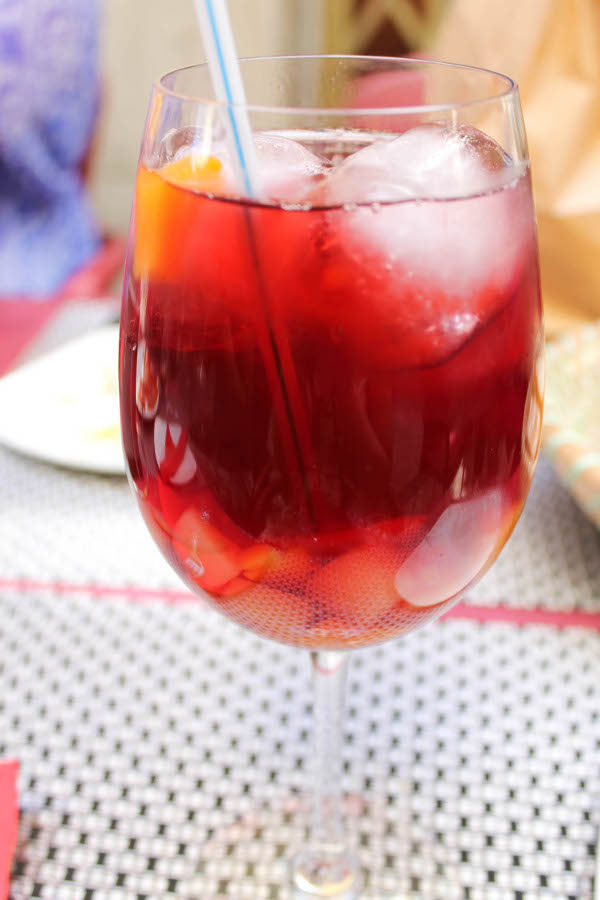 Paella, a plate of fried seafood (I loved the boquerones, fresh white anchovies), and more sangria (of course).

Then we went shopping and visited the many bazaar-type stalls selling lots of Moroccan items. 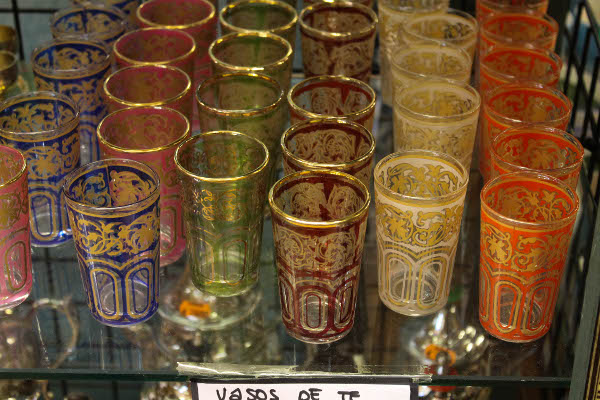 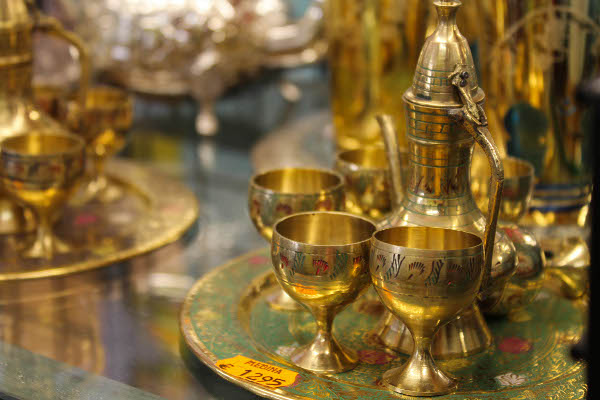 The glasses and teapots  reminded me of Tangierino. There were so many beautiful items and I wish I had enough room in my luggage for everything I wanted, like these pretty lamps: 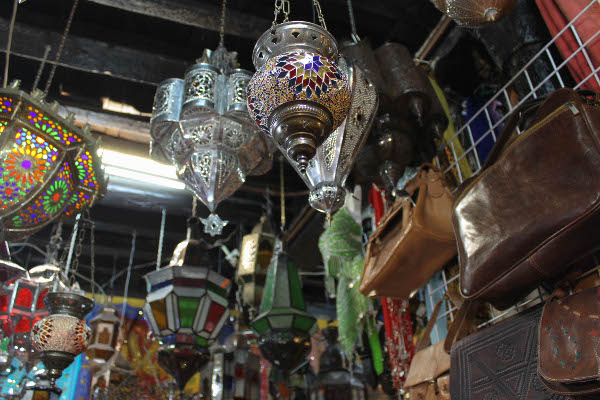 I imagined myself in a souk, and pretended I was Carrie Bradshaw in Sex and the City 2, looking for trinkets and shoes. (Yes, I know that the movie was set in Abu Dhabi, but in reality they filmed in Morocco.) Fortunately, I did not bump into any of my Aidans in the souk. 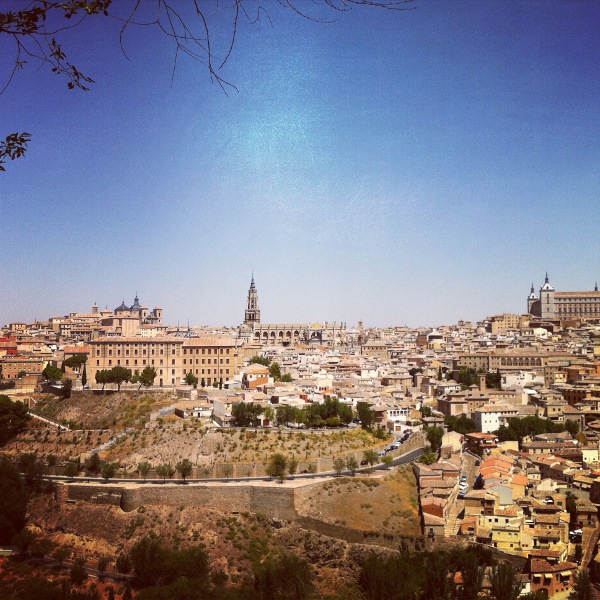 The next morning, we headed to the very pretty town of Toledo, a UNESCO World Heritage Site.

We walked around, checked out the Gothic cathedral, and ducked into jewelry stores selling Damasquinado or Damascene ware. 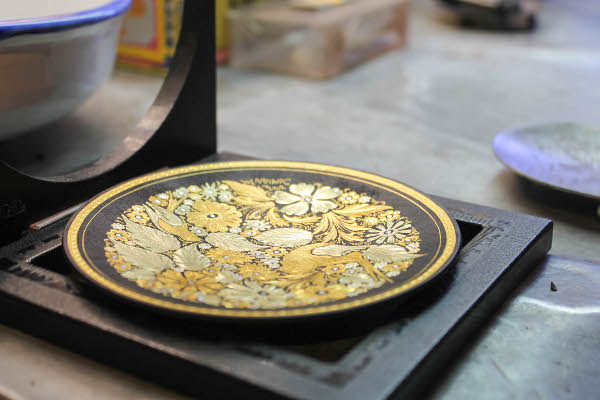 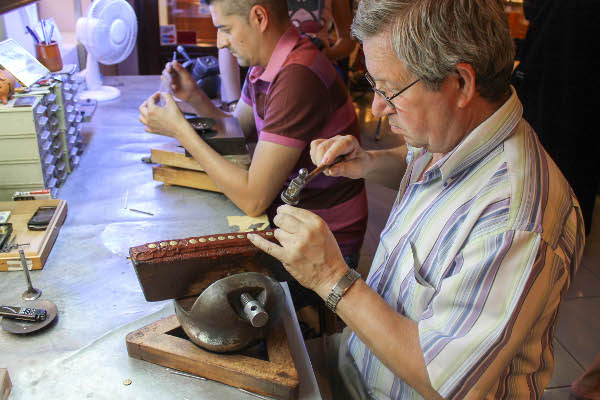 Damascene is a jewelry art perfected by the Arabs and brought to Spain, and Toledo is the world’s largest center of production. We saw some men who were hand-crafting gorgeous plates and jewelry. I was very taken with the designs!

After leaving Toledo, we were back in Madrid in our luxurious hotel. I promptly started craving these again: 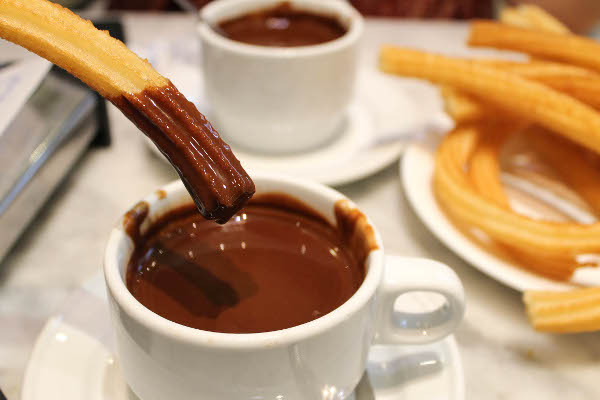 The rest of my Spain recaps are for Madrid, Cordoba and Sevilla, and Ronda and Costa del Sol. I’m happy I was able to share a little bit of Spain with you guys, and I hope you enjoyed reading about the cities we visited and all the glorious food. Salud!