We were on our fifth city in Spain and you’d think I’ve had enough churros by then. Wrong. In Ronda (not the female version of a certain Celtics player), the churros are thicker, saltier, and they come in round stacks. They are called parros.

The people of Ronda are proud of these churros, and I spotted at least half a dozen churrerias (cafes selling churros) within 15 minutes of walking down one of the main streets. I also spotted a bunch of chocolaterias, ice cream stores, and small boutiques. It seems that the people of Ronda and I share the same priorities. 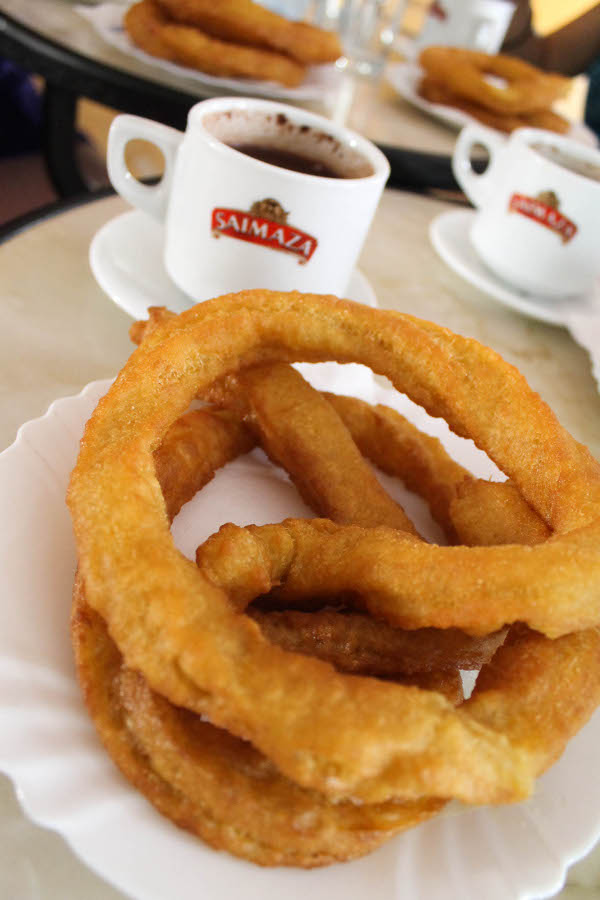 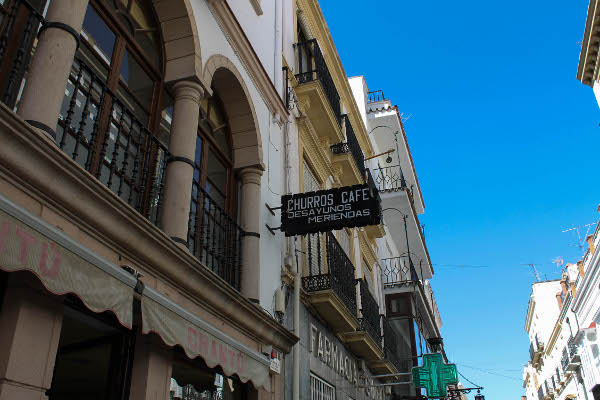 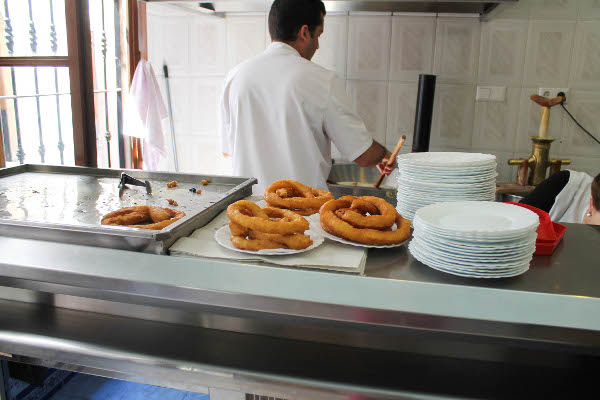 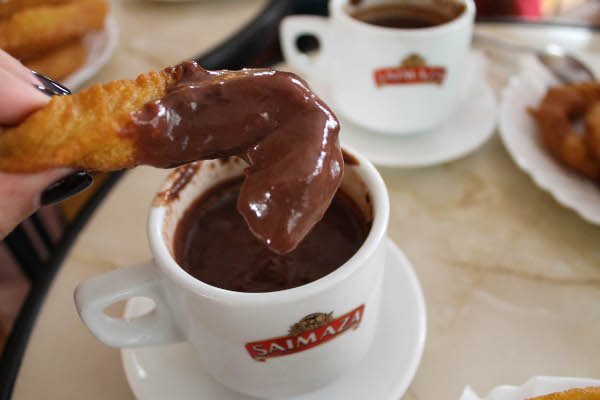 The hot chocolate at Ronda was much thicker than my favorite at San Gines in Madrid. It was less sweet, almost waxy. The parros were also much saltier, and even come with packets of sugar to sprinkle on top. I like salty-sweet so I enjoyed the aggressive tastes of the chocolate con parros.

Of course, we didn’t go to Ronda just to eat (although I’ve been known to take trips like that). What we really wanted to check out was Plaza de Toros, the oldest bullring in Spain. 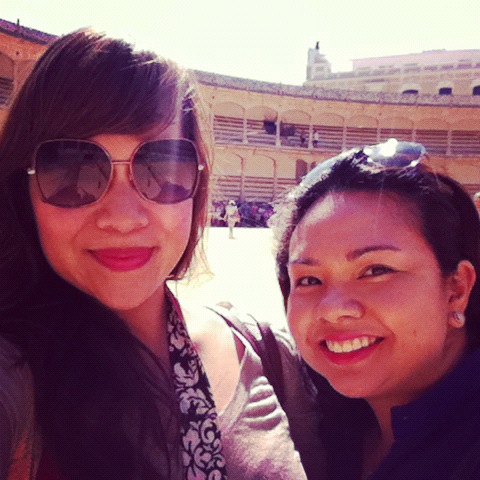 In this picture of me and Fe, it looks like there is a small matador in the background. But unfortunately that was not a bullfighter. That was just a man carrying a red man purse (murse?).

It was the off-season so we didn’t get the chance to see a bullfight, but we did get to tour the actual bull ring as well as the museum connected to it. 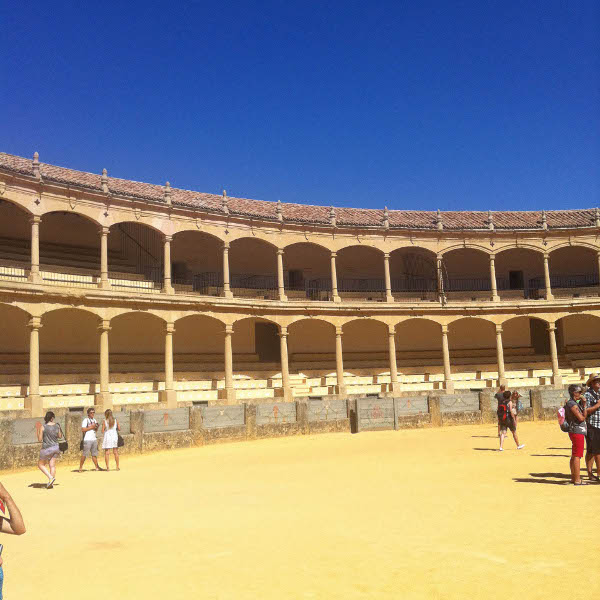 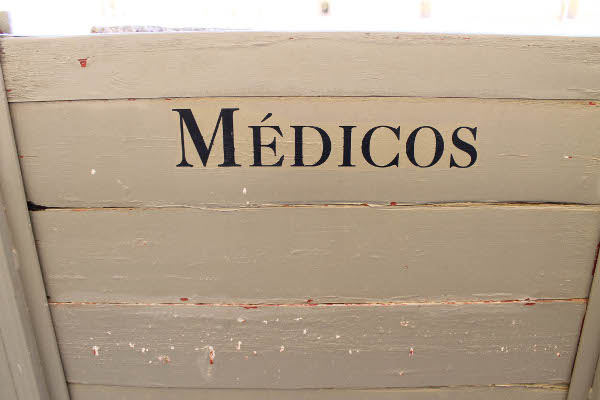 There was a special place for medics, as well as a small chapel for the bullfighters, where they can pray before each fight.

Ronda is on a rocky plain that’s more than 700 meters above sea level, so not only did we get to enjoy cooler, more pleasant weather, we were also able to admire the views of the valley and the mountain ranges. I liked its small-city charm, and I also like its numerous shopping and food stores. 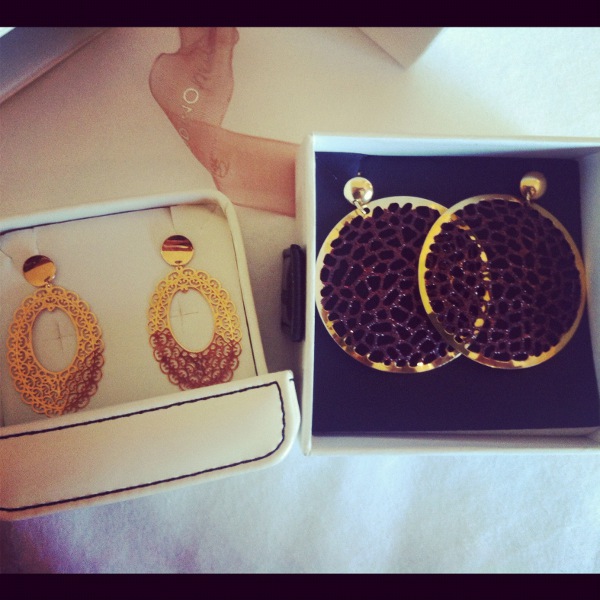 I bought these beautiful hand-crafted earrings from a jeweler whose family has been making fine jewelry for decades. 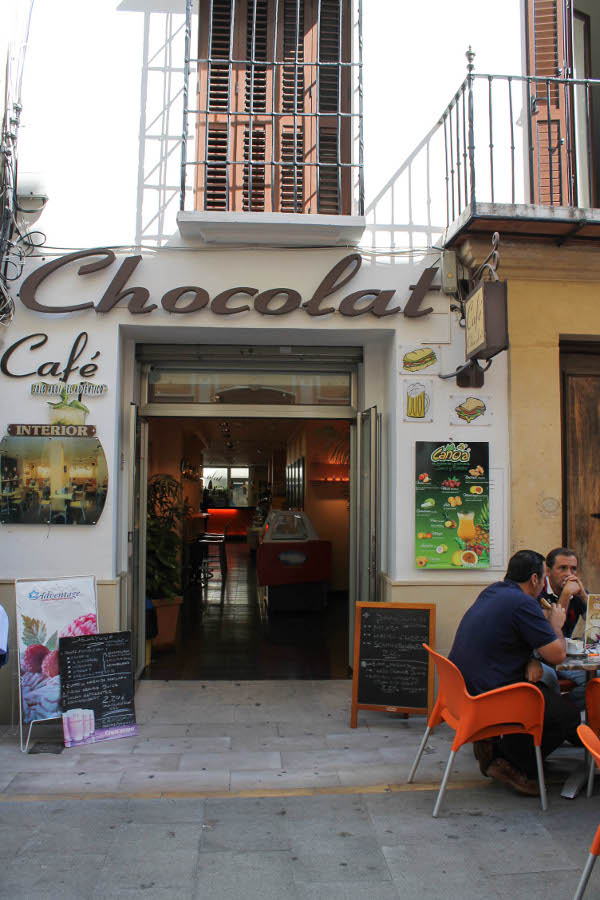 Did I eat jamon Iberico in Ronda? I did not. Shocker, I know. (But I did eat some for breakfast before leaving our hotel in Seville, thus reaching my quota of eating ham everyday.)

After spending a few hours in Ronda, we headed to Costa del Sol, where we stayed overnight. 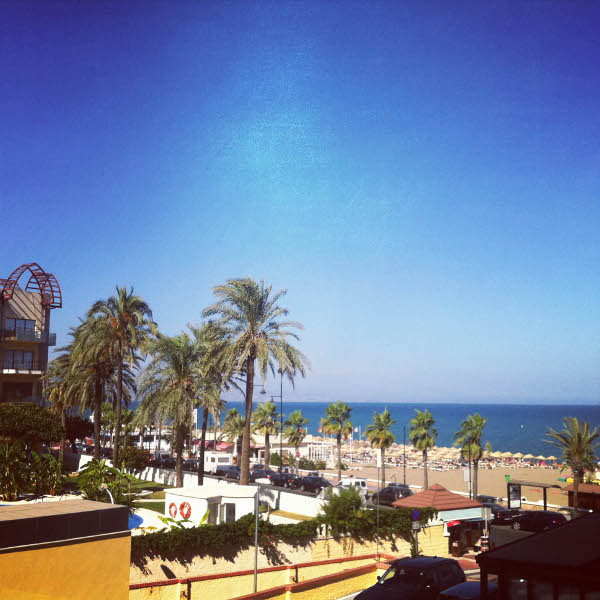 It was HOT, HOT, HOT in Costa del Sol.

I’ve never been to a Miami beach but Fe said that Costa del Sol looks like Miami. Are there also topless sunbathers in Miami? There were a few at the Costa del Sol beach but I did not take pictures because 1) this is a family-friendly blog, and 2) I only creep on Spanish men, not topless women. (Whoo boy, let’s see how my SEO situation looks like after Google crawls this paragraph.) 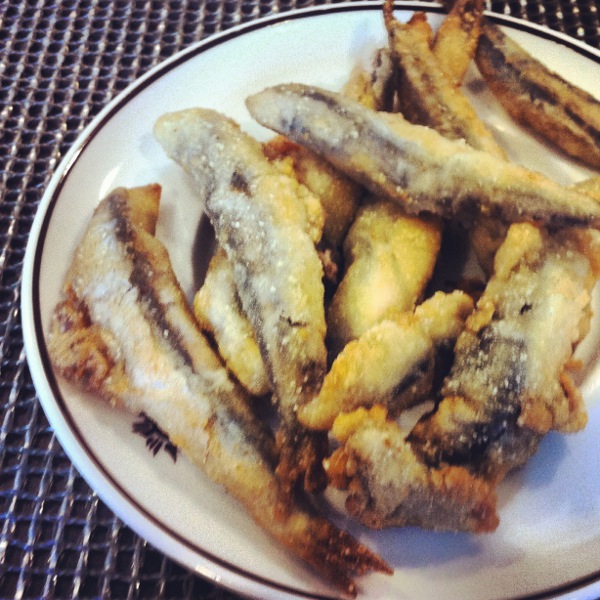 It was at Costa del Sol that I had my first taste of fried boquerones (fresh white anchovies). These anchovies did not taste anything like the cured, salty anchovies that I normally eat. These were lighter, fleshier, and easy to eat by the plate-full. 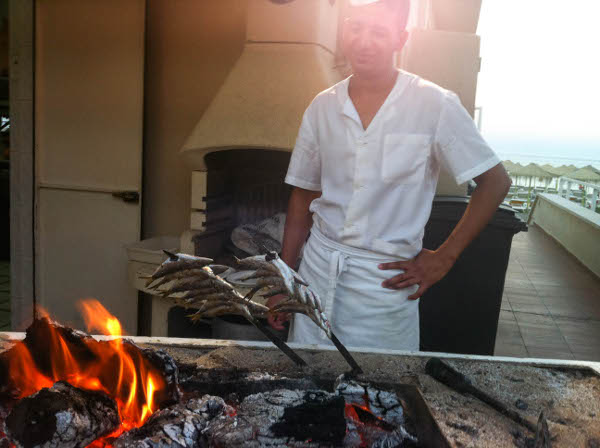 Later on we saw that there were some restaurants grilling seafood outside, right by the beach, but we didn’t get to try those because we were too full. 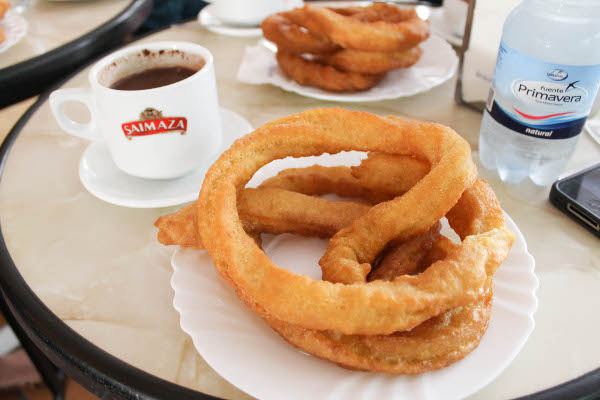 And really, it has just been a few hours since we left Ronda, so I was also still digesting these parros.