Scenes from the Harvard Square MayFair 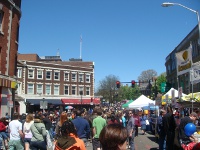 One of the best things I love about living in Harvard Square is the abundance of street fairs and celebrations. Today, it was the 28th Annual MayFair and the streets were filled with food stalls, shopping vendors, entertainment, and hundreds of people. The atmosphere was happy, and I can definitely feel spring in the air. The sun was out, bright and shining, and the skies were clear and blue. Everyone was in a buoyant mood!

Here are some of my favorite scenes: 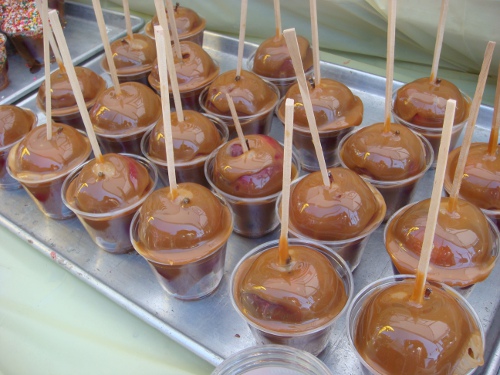 There was a lot of typical fair food, like caramel apples 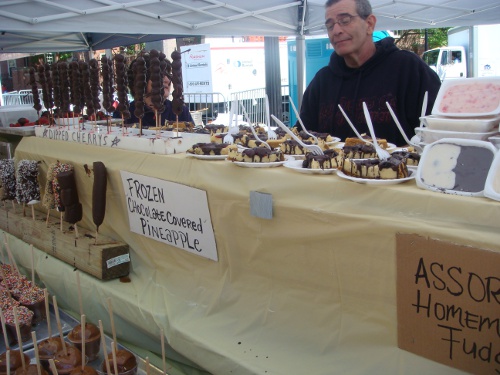 ... and chocolate dipped anything 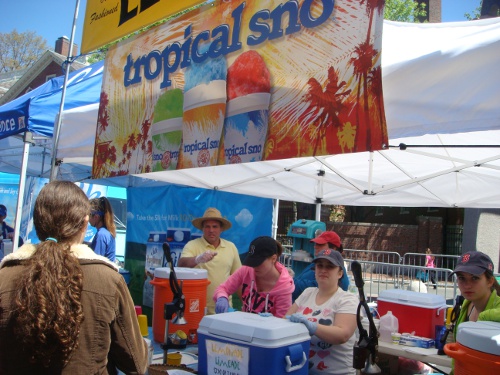 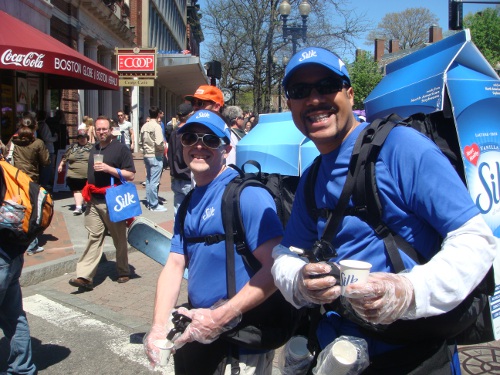 There were also a lot of free samples being given away. These guys were handing out little cups of Silk almond, soy, and coconut milk. 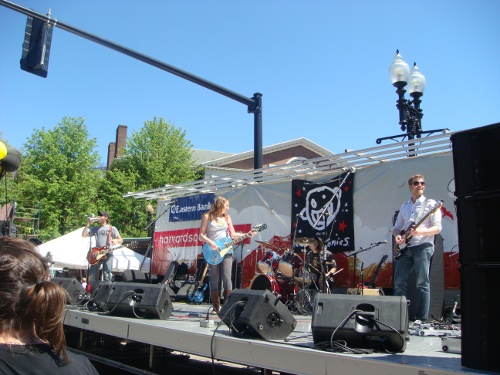 There were live bands the whole day 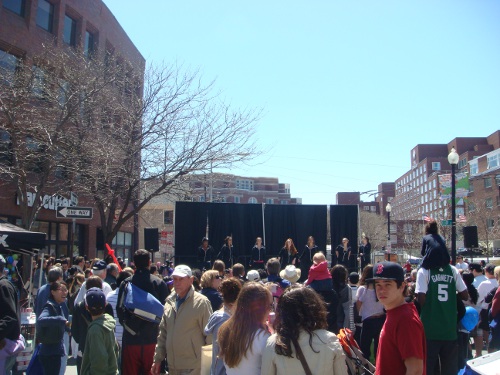 ... and dance performances. That guy in red looks pissed at me for taking the picture. And the guy on his right isn't really Kevin Garnett because as of right now KG is in Miami for the East Semis. 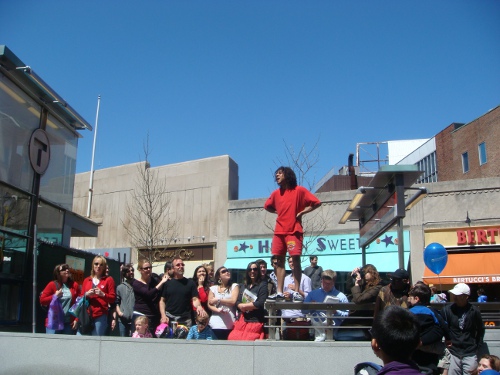 There were also street performers 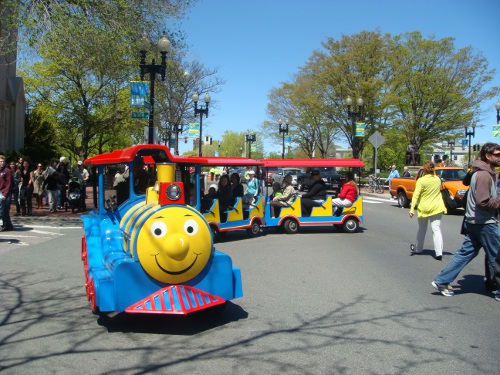 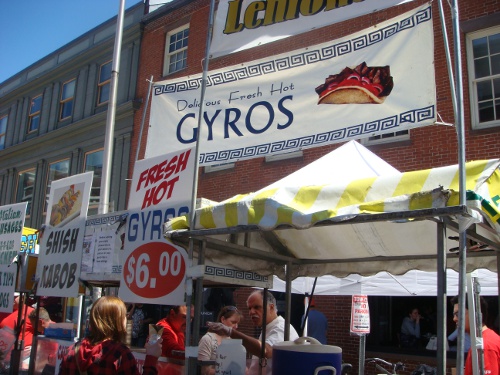 There were dozens of food stalls, with "exotic" fare like gyros... 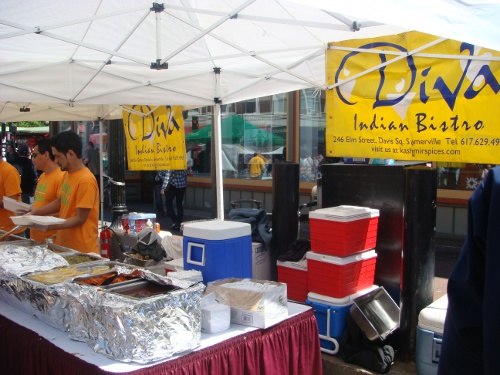 ... and Indian food. I think there were at least five different Indian restaurants there. 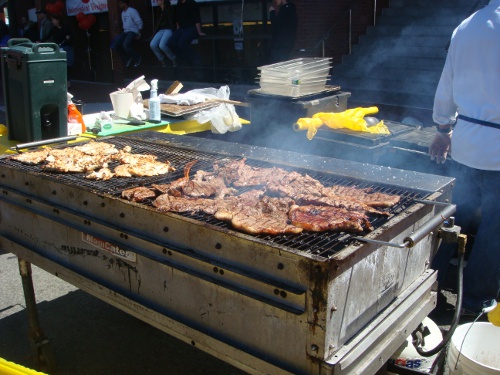 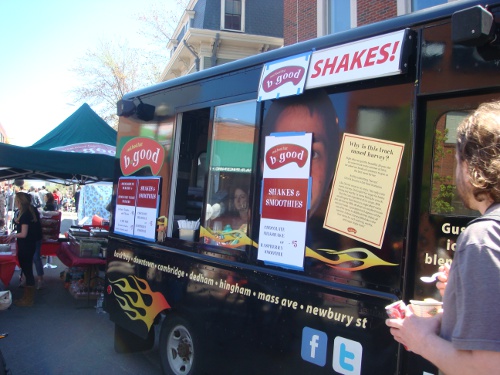 some smoothies and shakes for chillin' 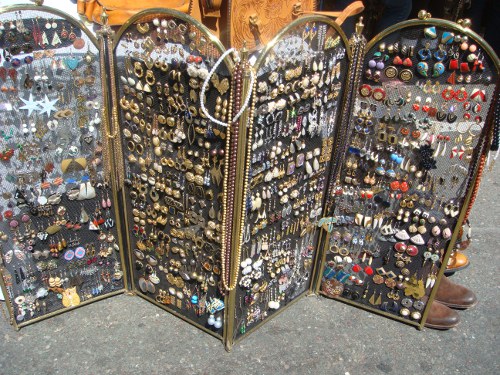 There were also a lot of vendors selling jewelry and other accessories... 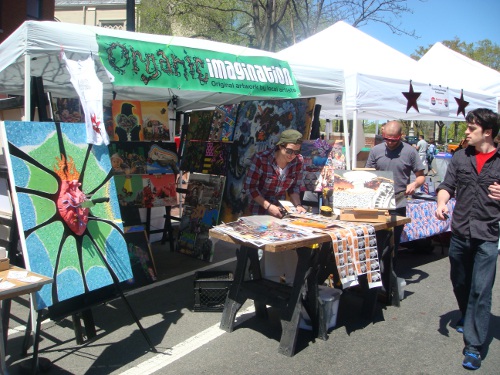 original artwork (look at that knife in the heart!)... 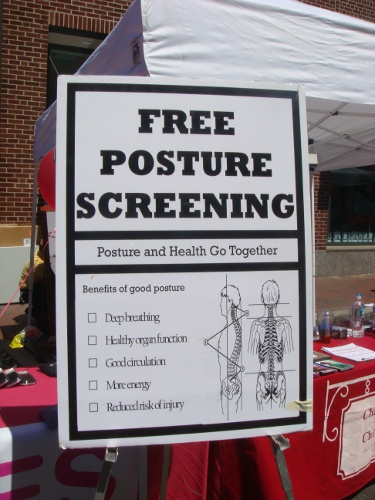 some even offered free services. 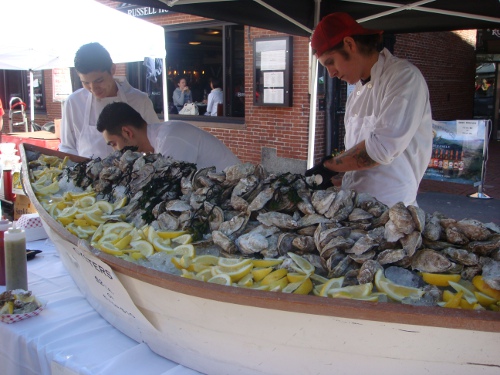 this was the oyster bar by Russell House Tavern 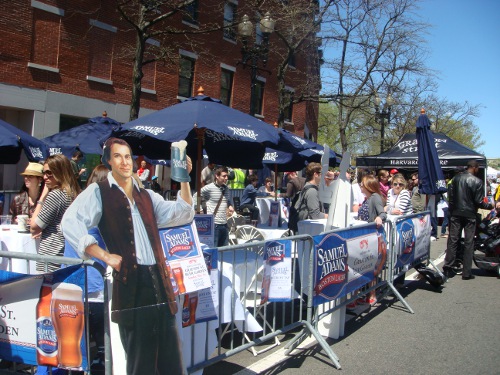 Of course no street fair is complete without beer. This was the Sam Adams beer garden by Grafton Street Bar 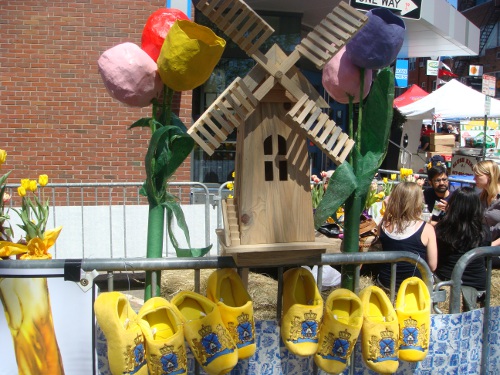 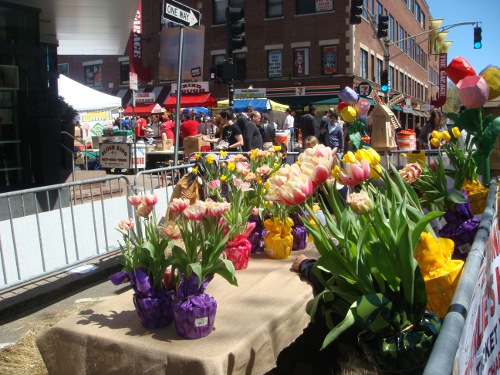 the tulips were so cheery-looking, I smile just by looking at them!

I had a great weekend, I hope you all did too. Did you have any MayFair celebrations where you live?

20 Responses to “Scenes from the Harvard Square MayFair”