Alma Nove and a Wahlberg Hangover

Let’s just say I have a Wahlberg hangover.

Last week my friends and I were blown away by the food at Alma Nove in Hingham. And this past weekend I time-travelled back to my teens as we saw NKOTBSB (that’s New Kids on the Block and Backstreet Boys for you people not in the know) in concert at Fenway Park. Hello, Mark Wahlberg, nice of you to introduce the boy bands. And hellloooooo Donnie.

Those Wahlberg brothers did good.

For Alma Nove, the credit goes to Executive Chef Paul Wahlberg. In all honestly, when we decided to go to Hingham restaurant, I wasn’t expecting much. I thought we were in for a nice Italian meal, and maybe a Wahlberg sighting. But our dinner was filled with mouth-watering, impeccably prepared dishes, each and every one generating oohs and aahs from me and my dining companions. 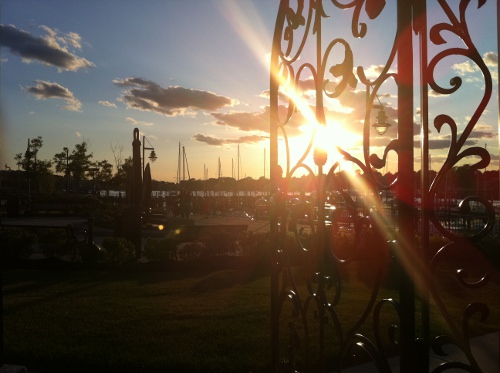 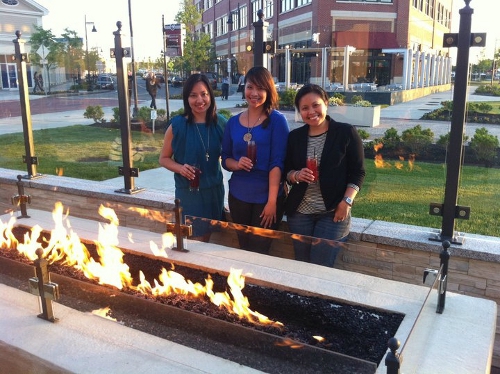 we were also able to hang out near the fire pit

The menu is simple, broken down into the traditional Italian courses of antipasti (appetizers), insalata (salads), primi (pasta), secondi (main entrees), and contorni (sides). There were so many appealing dishes that my friends and I decided to just order several items to share.

There were four of us, and we chose one appetizer each: 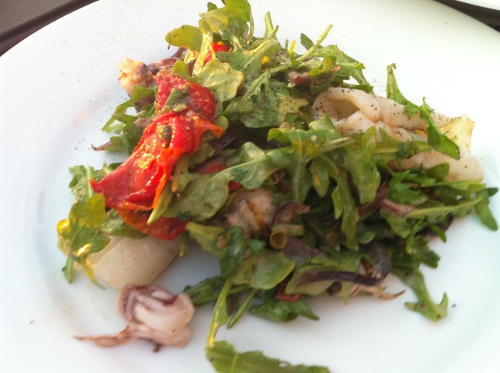 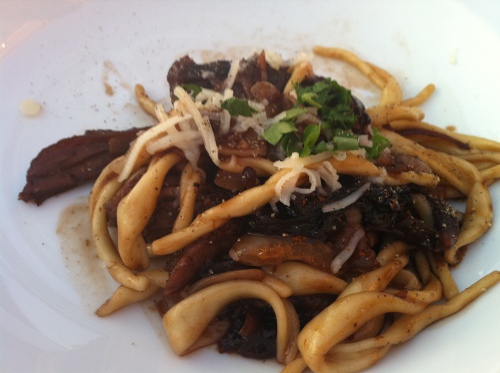 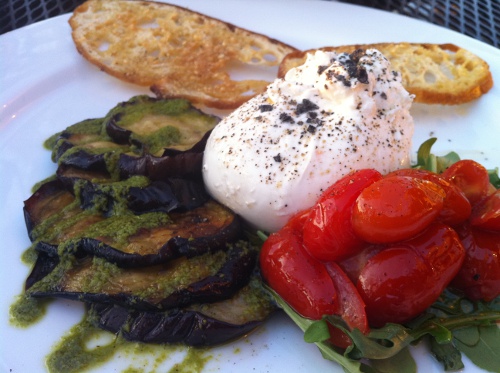 and a roasted eggplant caprese with burrata cheese

I could’ve eaten that whole plate of the eggplant caprese and called it a happy night; it was so tasty! The drizzle of the savory pesto sauce really complemented the roasted eggplant, and the burrata was so soft and creamy inside. Now that I have easy access to plump tomatoes and cheese from the farmers markets, I think I will be recreating this dish all summer. 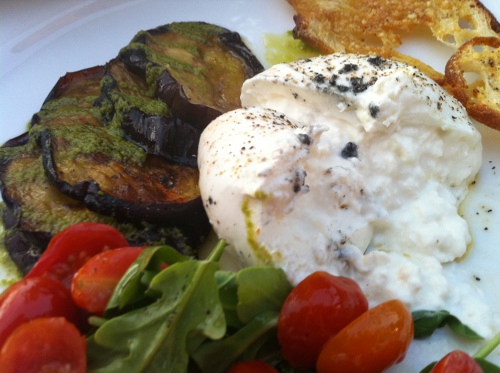 just look at that cheese

Then we ordered three entrees to share (or technically two and a half), plus a side dish: 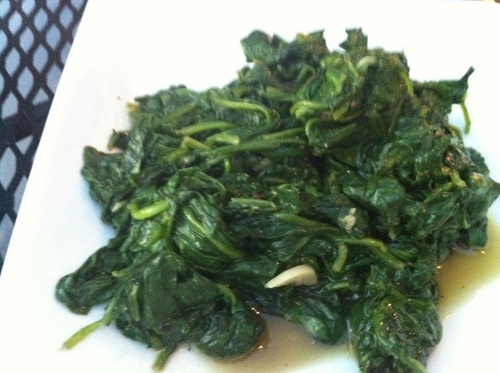 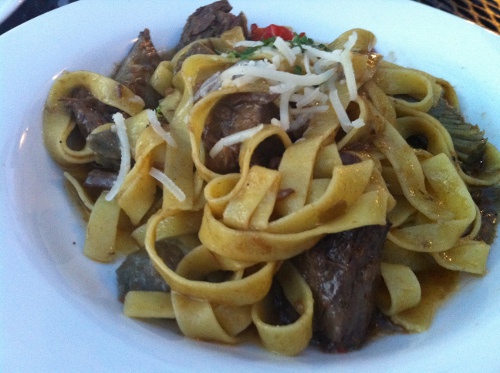 half order of the tagliatelli with beef short rib 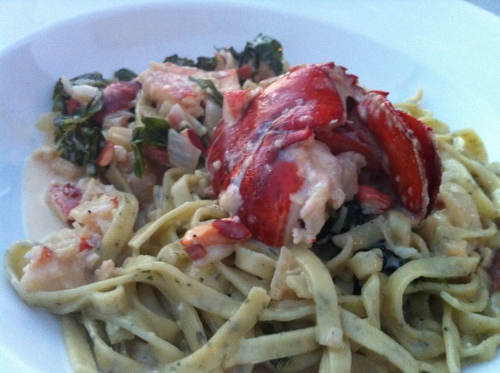 full order of the basil linguini with sauteed lobster and kale 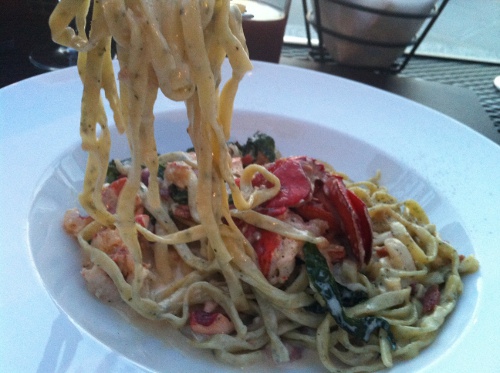 this was cooked alla carbonara 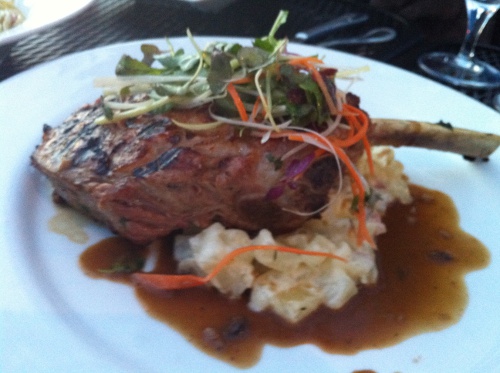 and last but not least, the veal chop special 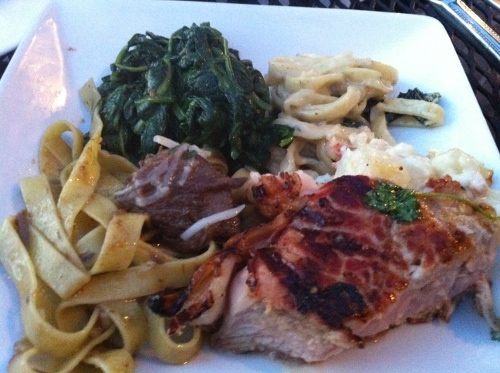 I loaded my plate with a little bit of everything

We were stuffed and satiated, but not too stuffed for… 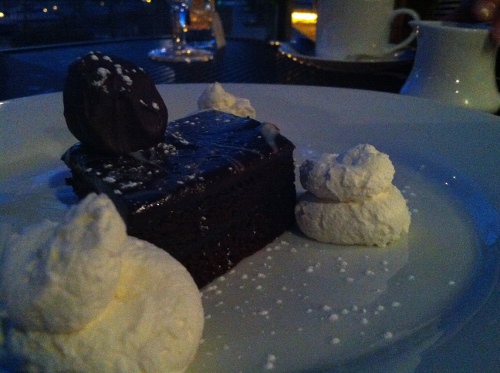 a not too sweet slice of chocolate cake 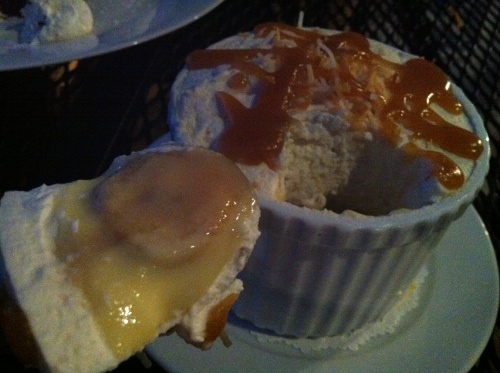 and a heavenly banana cream pie with vanilla rum pudding

Banana cream pie. With vanilla rum pudding. Is the perfect ending. To a perfect dinner.

To the Wahlberg brothers:

Paul, you are one talented chef.

Marky, I forgive you for the Funky Bunch (I love you).

And Donnie, call me.

You got the right stuff…

« Previous
Tastings and Tapas from a Food Truck
Next »
Tuna Meatballs

32 Responses to “Alma Nove and a Wahlberg Hangover”