Tastings and Tapas from a Food Truck

New York Magazine calls food trucks as the the next step up the evolutionary ladder from the traditional sidewalk food cart. By that description alone, food trucks imply cheap, easy street food: hotdogs, burgers, sandwiches. Now food trucks have come a long way as they roll into cities all over the nation, filled with all sorts of goodies.

Here in Boston, there are food trucks for cupcakes and grilled cheese and Southern food and Vietnamese food. Clover, one of Boston’s most popular vegetarian truck, even opened up an actual restaurant in Harvard Square. But the Freixenet food truck brings it to another level.

At the Freixenet truck, you get to nibble on some Spanish tapas. You even get to play for some prizes. But most importantly, you get to sip some cava. That’s right: you can have some sparkling wine. From a food truck!

I was invited to a sneak peek of the Freixenet cava truck last Wednesday. The Freixenet is in Boston for a few days (the last day is tomorrow – you can check out the schedule to see if the truck is going to be in your city too) and I attended the tastings event at Tapeo, where there was a section in the patio for the event. 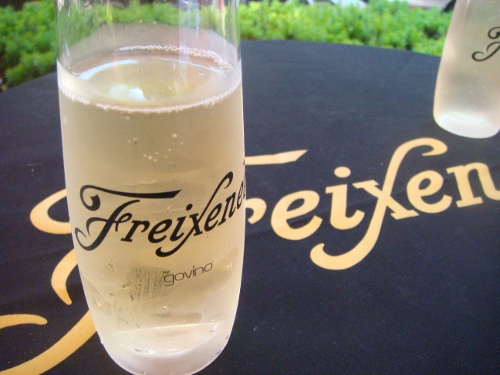 I was welcomed with a glass of refreshing cava

We were served Freixenet’s most popular wine, the Cordon Negro Brut (Freixenet is actually best known for this “black bottle bubbly”). I love sparkling wines but I admit I’m no connoissuer. I just know that I like sweet and crisp wines. This cava taste fresh and clean, with a slight apple flavor and a citrus finish. 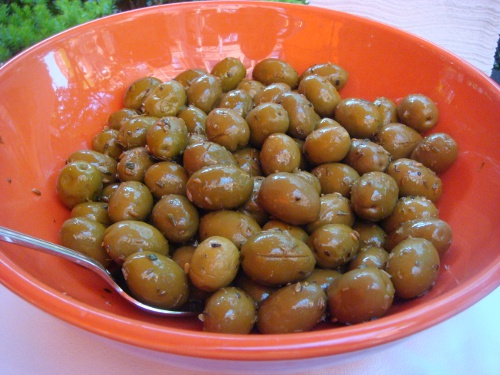 as the guests were settling in, the food began to arrive, starting with this giant bowl of olives 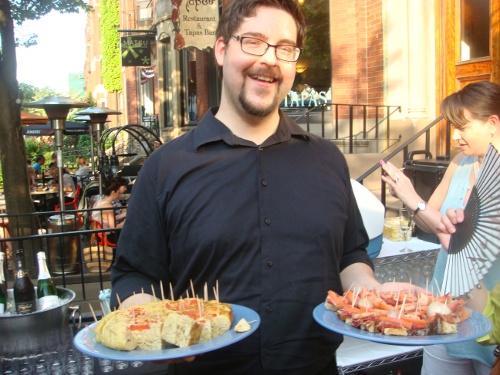 there were tapas were being passed around, like these bites of Spanish torta and jamon serrano with tomato on foccacia 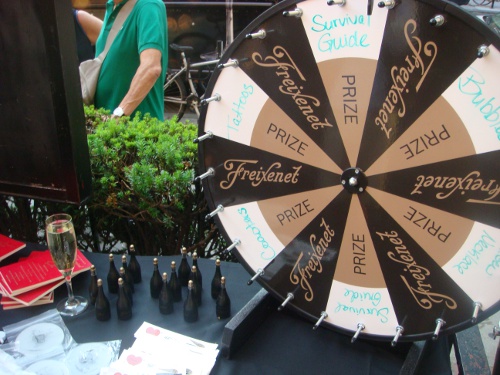 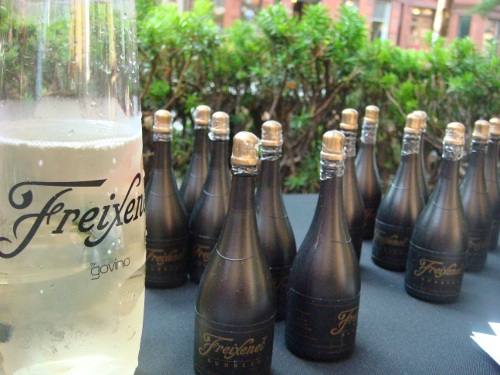 I wanted to win these teeny tiny bottles! 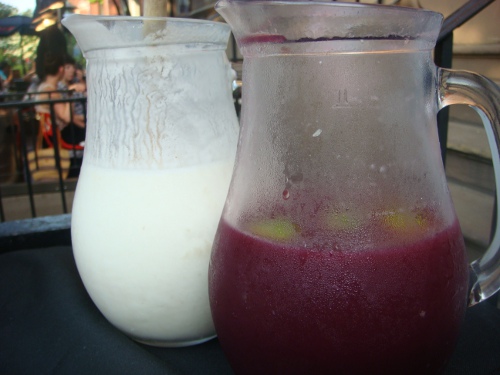 But I did drink these other cocktails: that's a sparkling sangria... 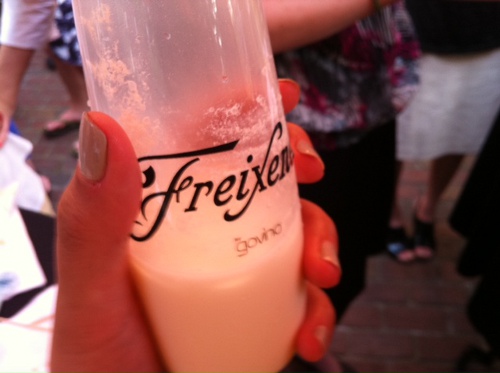 If I remember correctly, this concoction was made with vanilla vodka, triple sec and a touch of cream, then topped with cava. It was a great summery drink, and not heavy like the more traditional key lime pie martinis made with coconut milk.

There were more tapas being passed around, mostly tapas calientes or hot tapas. It was already a pretty warm day though so the hot tapas made it feel even warmer! 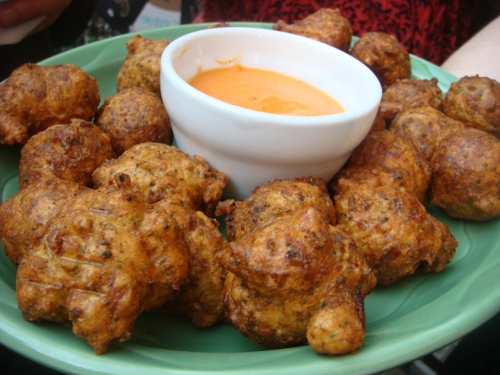 there were bunuelos (fritters) made with cauliflower and broccoli 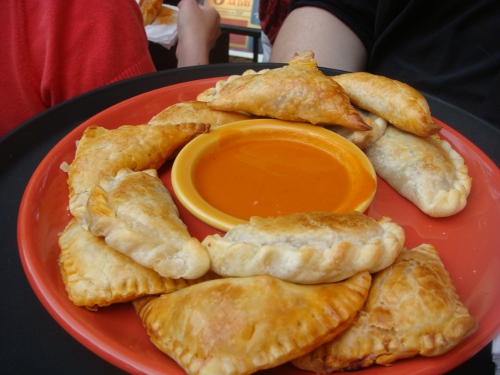 and saffron batter fried shrimp with a spicy mojo sauce

But back to the truck.

I really like the concept of a traveling sparkling wine and tapas truck, and it’s too bad this isn’t a permanent fixture in the Boston food truck scene. Apparently, getting a permit for something like this is ridiculously hard (and just to be clear, due to laws and regulations, there weren’t actually wine that was served directly from the truck – it was served within the confines of the Tapeo patio). The food truck culture is a good backdrop to introduce drinks and food items as easily accessible. It also encourages a casual and engaging atmosphere, and that was evident with the Freixenet tasting (although I must note that whenever there’s a steady supply of alcoholic beverages, that people tend to mingle and enjoy anyway…) 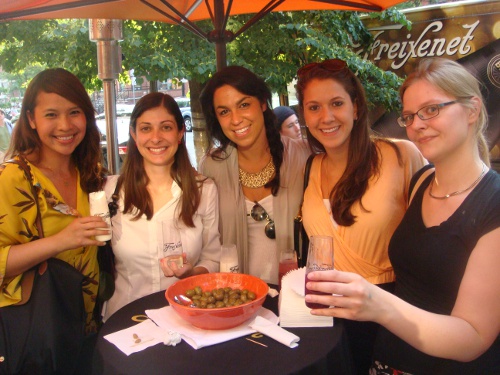 Oh and one other thing that makes the Freixenet Tastings and Tapas tour stand out from other food trucks? It’s FREE.

Tomorrow, June 12th, there will be a block party in Boston at Stuart Street in the Back Bay (between Arlington and Berkeley Streets). Then the party is rolling to other East Coast cities, while I’ll be attempting to make my own key lime pie drink at home. Salud!

17 Responses to “Tastings and Tapas from a Food Truck”