That’s one of the things I associate with my mom. She makes these little orange marmalade-and-cheddar cheese sandwiches on warm buttered bread – a combination I never would’ve thought of myself, but happily lap up whenever it’s around. I learned to appreciate a lot of foods because of my mom (like anchovies and caviar and cheese, to name a few) and I love hearing stories of how other people’s childhoods are filled with food memories from their mothers as well.

This is what brought me to the Mother’s Day in March event last Saturday.

Jodie Gilson, the mom of chef and restaurateur Will Gilson (of Garden at the Cellar), lost her greenhouses because of heavy snow. In a heartwarming show of support, chefs all over Boston put together a pop-up restaurant to help raise money to restore  Mrs. Gilson’s greenhouses. The participating chefs cooked his or her mom’s favorite dishes.

Never heard of a pop-up restaurant? It’s a one-day only, one-of-a-kind restaurant – most recently explored on TV via Top Chef’s Dale Talde (holla Filipino pride). The Mother’s Day in March fundraiser was held at the Boston Center for Adult Education and featured the food of some of the city’s most sought-after chefs – plus cocktails, hors d’oeuvre, a silent auction, and raffle items. Some pictures from the event: 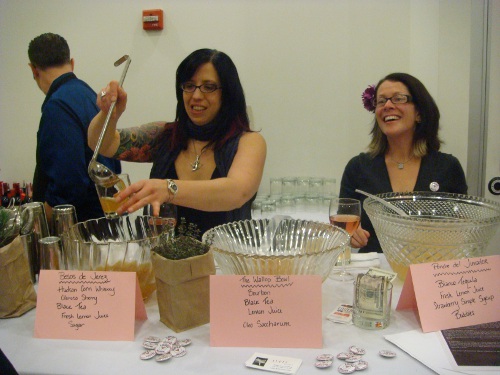 delicious cocktails from the ladies at LUPEC 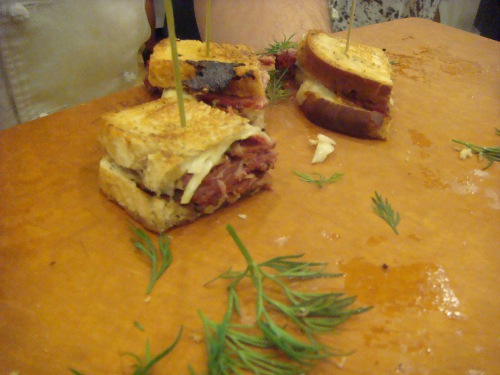 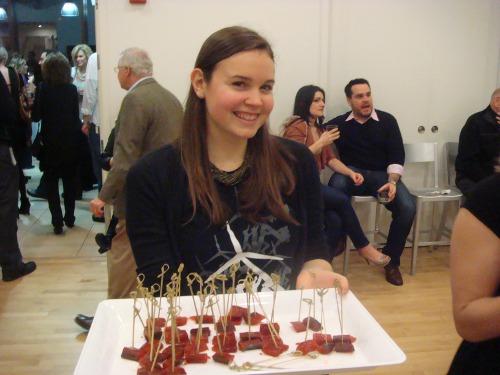 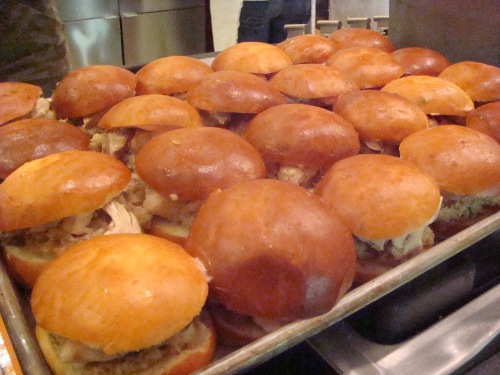 Thanksgiving Sliders with Mum's Stuffin (from Mary Dumont of Harvest) 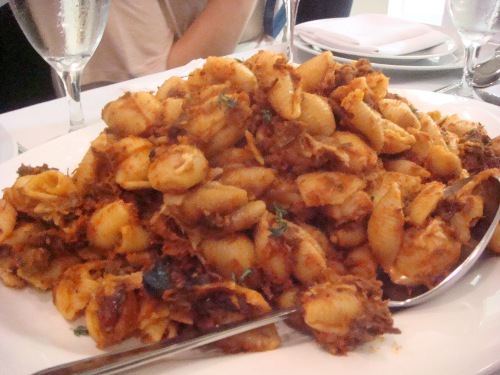 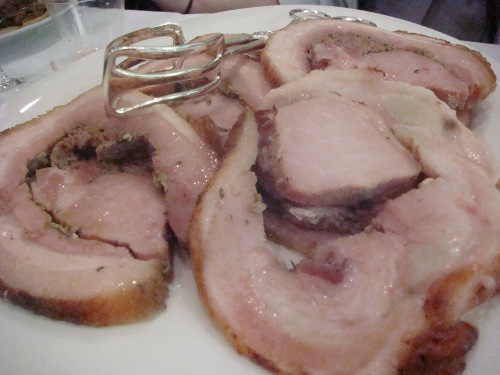 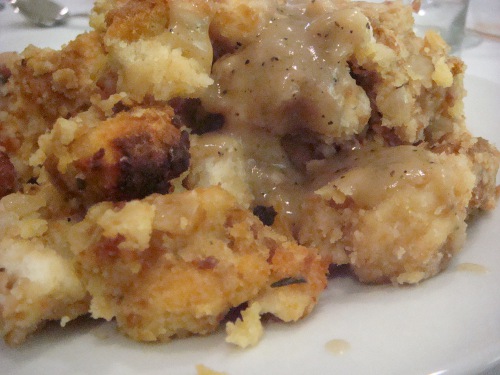 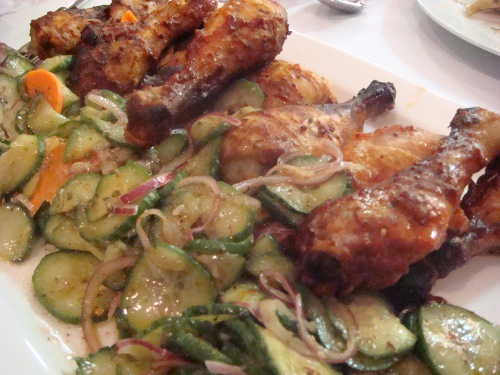 BBQ Chicken Legs with Cucumbers (from Jamie Bisonnette of Toro/Coppa) 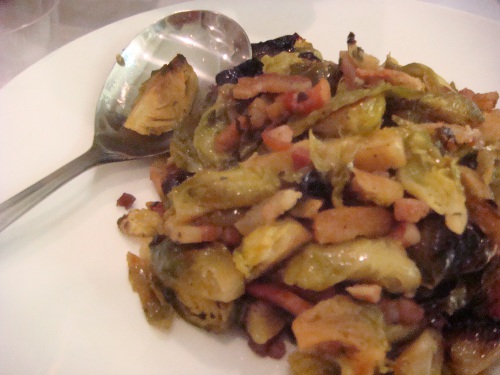 Brussels Sprouts with Bacon (from Dante DeMagistris of Dante/Il Casale)

The full menu can be found on GrubStreet.

I liked Jamie Bissonnette’s BBQ chicken legs the most. I actually found some of the other dishes a little bland or too salty… Maybe it’s because the dishes were prepared en masse? However, it was still a lovely event, and I thoroughly enjoyed the company I was with. A couple sitting at the next table even got engaged (!) generating a loud round of applause and cheers from everyone. I had a blast mingling with Mich, Jacki and Meesh, Dan, Megan, Elizabeth, and Justin. 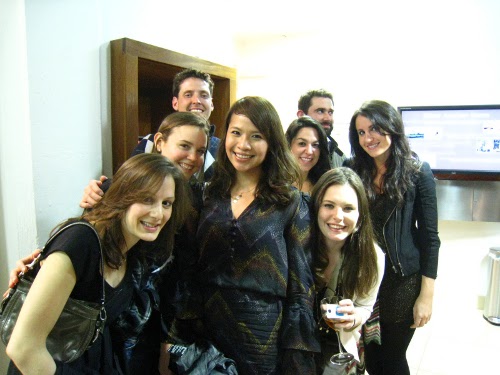 we were able to take a group shot before leaving (I stole the pic from Meghan's blog!)

I’m glad I was able to attend this one-of-a-kind fundraiser. I thought it was incredibly sweet of the other chefs to donate their time and efforts to Will’s mom. It’s nice to see a community get together and support each other, instead of capitalizing on misfortune or focusing on generating business. And it was a pleasure tasting some of the chef’s favorite dishes from their moms.

Now if I were one of the chefs, I would definitely make my mom’s fettuccine – which I proudly label as the best thing I ever ate.  Or maybe some orange marmalade-and-cheddar cheese sandwiches.

Do you have a favorite dish that your mom made? Do you like orange marmalade?

22 Responses to “Mother’s Day In March”