Dash. Drink. Dine. That’s how my Sunday looked like.

Yesterday I ran my first 5K for 2011! I ran the Ras na hEireann (don’t ask me about the capital letters, I don’t understand Irish…) in Davis Square with Beth and Alaina, and also met up with some Boston Food Bloggers/Boston Brunchers afterwards.

As some of you may know, I am running a half marathon in a few weeks, so I was really excited to for this 5K because not only does it kick off spring, it’s also the first of (hopefully) many races I am running this year. Plus, it’s a big Somerville event: a fun and early celebration of St. Patrick’s Day. The atmosphere was very lively, and I wish I wore green or some sort of lucky charm because a lot of the runners had really fun outfits. I even saw a couple of guys running in kilts! I think a lot of people run this race for fun, not necessarily as a serious competition, and that’s why I registered. Unfortunately I came down with a cold and actually had to run the 5K feeling sick, but I survived even with the coughing and sneezing. I was very glad that I was properly fueled for it too – watch out for my oatmeal series coming soon ;) 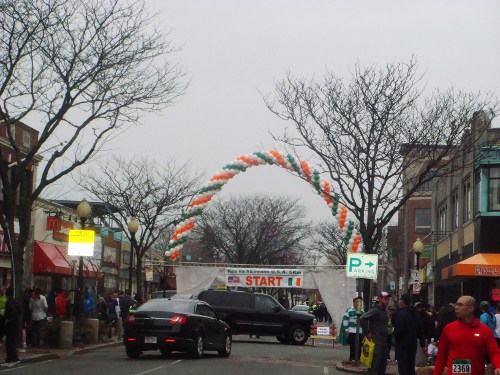 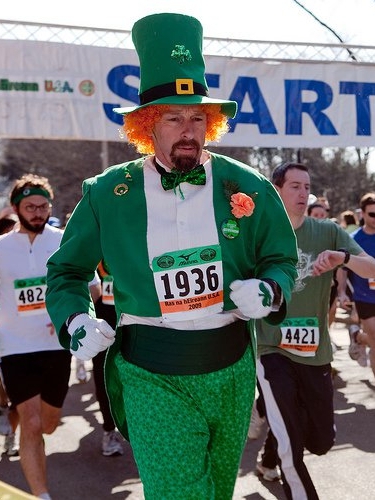 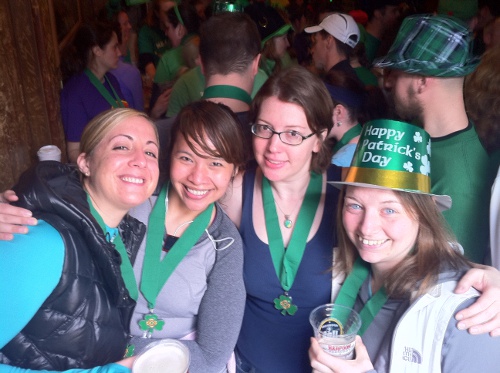 after the 5K, Beth, Alaina and I met up with our friend Karen (who held our bags for us while we ran - thanks Karen!)

This is where the drinking part comes in. We went straight to Sligo Pub, a dive bar right in Davis Square, and refueled with a couple of free beers — who needs electrolytes?? 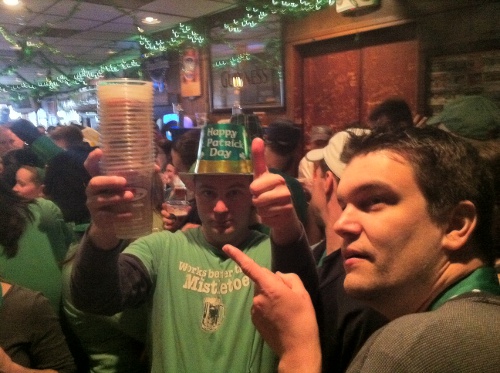 it was a very fun crowd at Sligo

Then we went to dine at the Gargoyles on the Square Disco Brunch for the Boston Brunchers meet-up with Renee, Lara, Megan, Amanda, and Ashley. 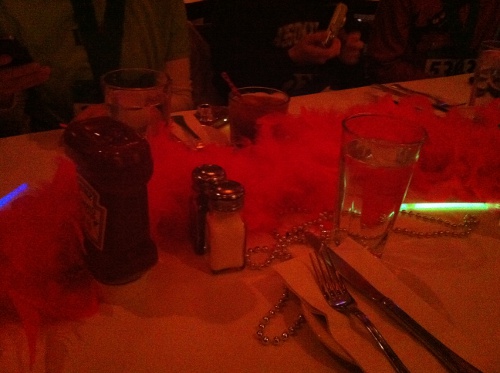 it felt more like a rave party though, with the dark lights and glow sticks. We did have a hot pink feather boa and silver beads on our table which felt very disco

Gargoyles was packed and it took them a looooonnngg time to give us menus. However, the menu options were awesome – they have pastrami benedict, huevos rancheros, oreo cookie crusted french toast (!), and the special for the day was red velvet pancakes. But since I wasn’t too hungry nor feeling that great, I opted for plain old scrambled eggs and bacon with a side of fruit.The group also ordered some cinnamon donuts. I didn’t try any (I’ve already confessed that I’m one of the few people who actually do not like donuts…) but everyone else loved them! 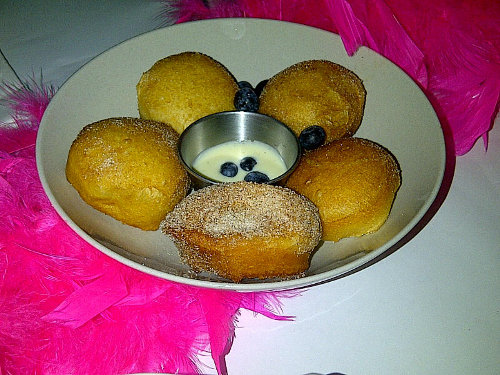 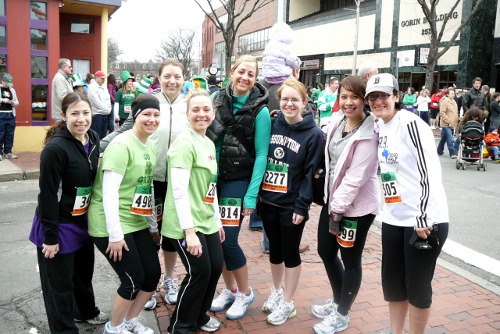 It was nice hanging out with my friends and the blog crew, and also bumping into Tina of Carrots N Cake – hers was one of the very first Boston blogs I followed. It felt great to be running outside and I’m looking forward to more races. I have a good running schedule next week (btw, my half marathon training plan was customized for me by the lovely Lizzy of Food to Run For): I have a speed workout on Tuesday (my favorite run each week), 7 miles outside on Thursday, and another short race on Sunday as I am running the St. Patrick’s Day 5K in Southie. I’m sure there’ll be some drinking after the dash again.

Do you like running? What’s your favorite post-workout drink?

30 Responses to “Dash Drink and Dine”