I spent last Saturday climbing some stairs and eating some waffles. Some 61 floors of stairs and some sweet Belgian waffles.

Let me talk about the fun stuff first: authentic Belgian waffles right in Harvard Square. After almost a year of teasing us with the promise of some good quality waffles, Zinneken’s is finally in business. They hosted their grand opening last week by giving away free waffles and I was more than excited to check it out over the weekend.

I admit that I’ve been spoiled with really good Belgian food, from Resto in New York to the addicting fare at Saus. So I am more than happy to have a Belgian outpost right in my neighborhood. 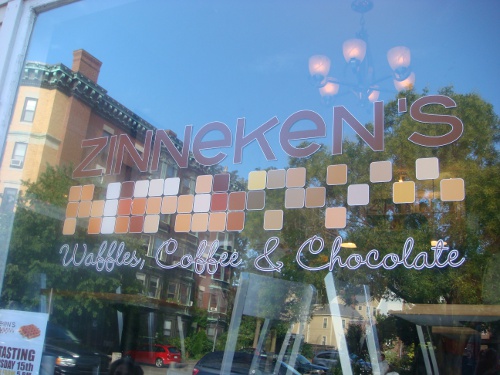 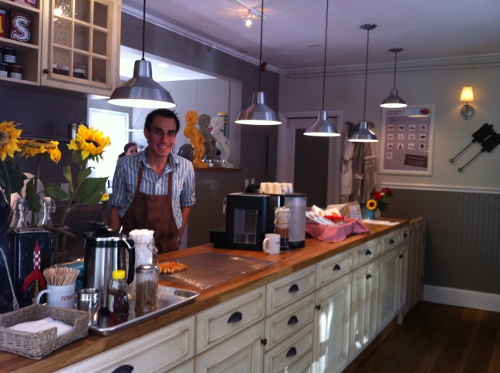 the area is bright and the staff are friendly 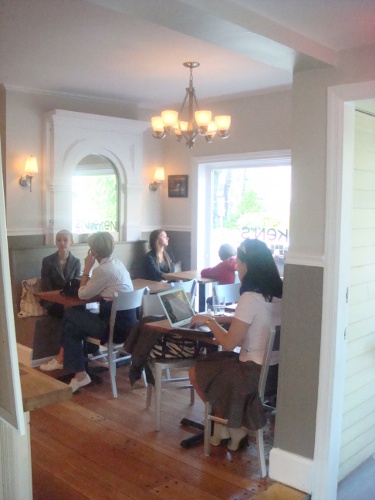 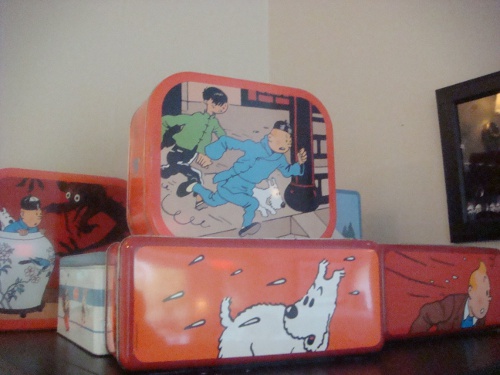 the small restaurant is peppered with Belgium memorabilia 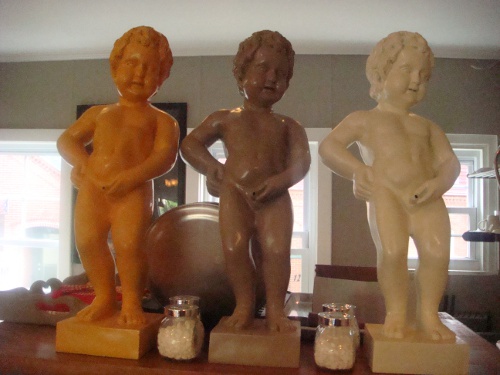 I was particularly amused by these statues 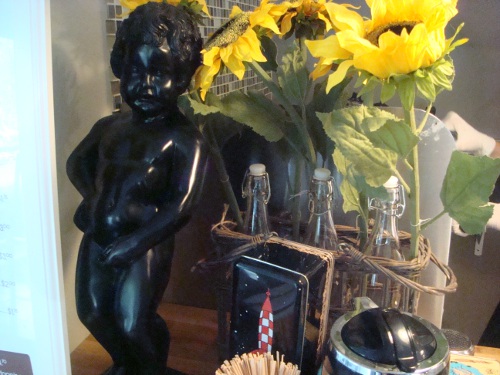 they are replicas of Manneken Pis, the statue depicting the legend of the little boy who um, urinated to save the city of Brussells

It’s hard not to giggle when faced with a legend like that, hihi.

One of the owners, Nhon Ma, said that he brought those statues to the United States in his luggage from his native Belgium. He and his business partner wanted to bring an authentic Belgian experience to Harvard Square through their charming waffle eatery, and thus Zinneken’s was born. Zinneke is a Belgian word for someone of mixed origins, which represents the owners and also both the local and international customers they hope to attract. 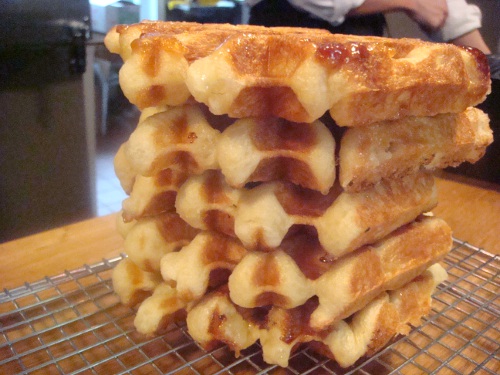 at Zinneken's, the waffles are freshly made, lending a sweet intoxicating smell to the air 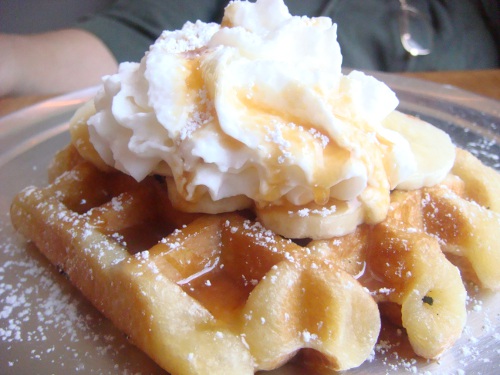 I went with my mom and she ordered The Gourmand (banana, whipped cream, and caramel) 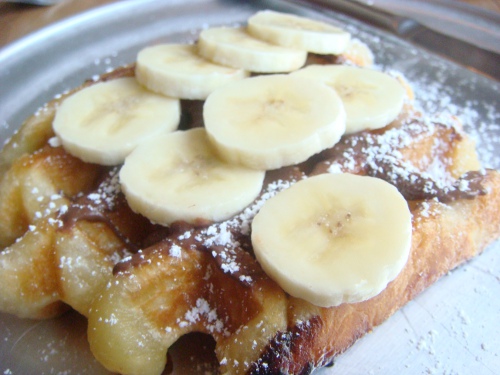 meanwhile I ordered The Sin

I seem to have a little addiction to Nutella and bananas. 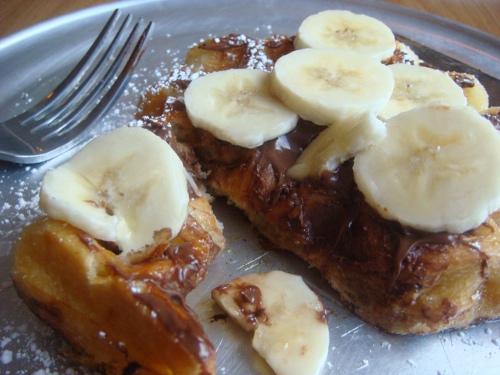 And especially when I just ran up 122 flights of stairs that morning.

Some of my coworkers and I joined the John Hancock Climb to the Top to raise funds that will help people with multiple sclerosis. We raced up the 61 floors of the John Hancock Tower, which is New England’s tallest building.

I’m not going to lie – that race was pretty tough. I would much rather run a long road race! The air got really dry towards the end, and of course my calves were burning. However, it was a very fun event. Much like a road race, there were water stops every few floors, and the nice people giving out water were very encouraging. The best part was the last floor were you can hear cheers and even a bullhorn! 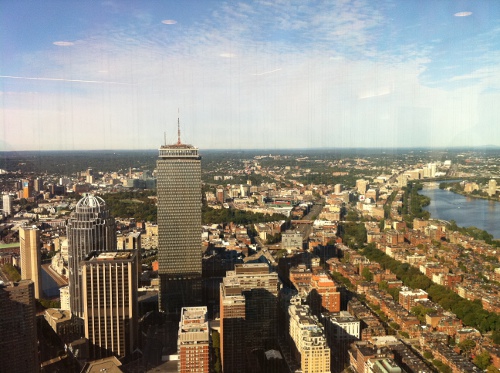 and once we got to the top, we were rewarded with gorgeouse views of Boston

We also grabbed brunch afterwards (and I might have sneaked in some shopping too before heading home) and once I got home, I just iced my shins and wore compression socks, which definitely helped because I didn’t feel any soreness afterwards. 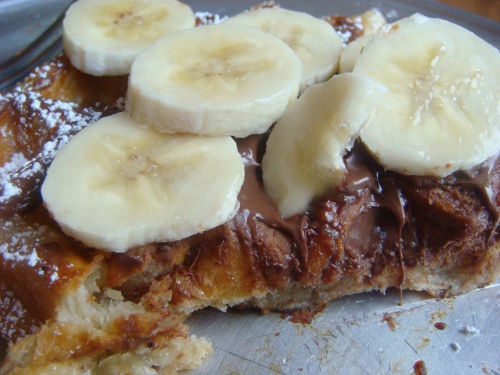 and that afternoon, I gave myself a little treat

Zinneken’s is located at 1154 Mass Ave., where the old Arrow Street Crepes used to be, on top of Berryline. They also sell Belgian chocolates (I bought a couple of bars of Dolfin chocolate when I was there), homemade cakes, and drinks.

« Previous
Easy Dinner: Tofu Salad
Next »
A Taste of Italy at Towne

32 Responses to “Stairs and Waffles”