Last Tuesday, Saus opened its doors to the adoring, frites-hungry Boston audience. Located in the bustling Faneuil Hall/Government Center area, Saus is in a small place, has a small menu, but is generating a lot of big buzz, very quickly. They serve made-to-order Belgian pomme frites with a variety of sauces (saus!) as well as Liege waffles. The waffles are made with pearl sugar, which gives it a crunchy, addicting texture. While the french fries are made with crack. I think.

I’m not one to get obsessed with frites (although I find it hard to resist truffle fries) but there was something about the crispy frites, the delectable dipping sauces, and the fun company of friends that made me deliriously happy when we were at Saus. The fries were pretty addicting and as soon as Chin, one of the owners, set it down on our table, we all turned into dip-happy frites groupies, declaring which sauces were our favorites, munching away with big smiles on our faces.

I arrived a few minutes right before our meeting time, and was welcomed by Megan, Michelle, and Daisy. Saus doesn’t have a liquor license (yet) so I ordered the next best thing: cream soda. Then our other fellow bloggers (Meghan, Bridget, Lizzy, Rachel, and Elizabeth) started filing in, and our happy meal started. 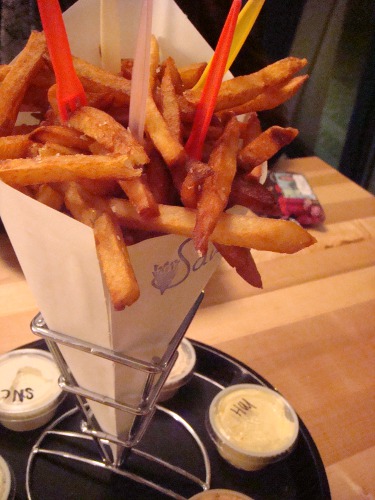 the fries have arrived 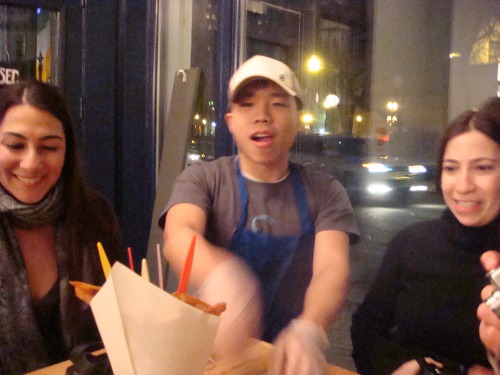 Chin explained what each dip was, as Lizzy and Rachel looked on

We were able to try all of the dipping sauces, as well as the weekly specials. My favorites were the spicy Samurai Saus and the Pegasaus, a Greek-flavored, feta-based dip (I now know that feta goes very well with potatoes). 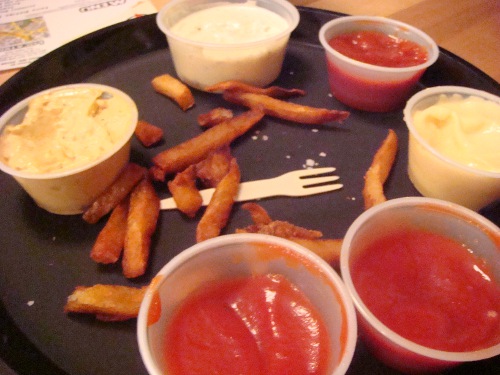 I wish I could say that this second plate of fries was the aftermath of our dipping spreee, but in reality we had um, three more orders of fries after this (there were 9 of us!) 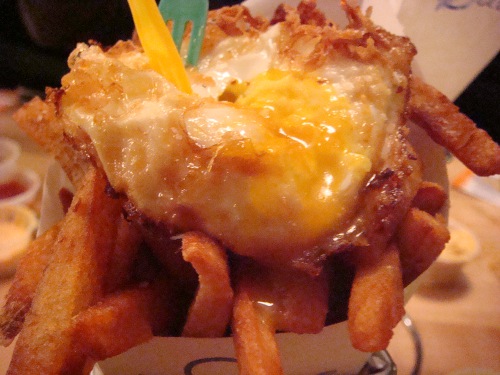 If you’re a regular reader of my blog, you’re familiar with my love for eggs. And the bloggers I was dining with share the same sentiment for the incredible edible. I was tasked by the group to break the yolk, and as the soft, runny yolk started oozing down the fries, we all oohed and ahhed in unison. Then quickly took photos and demolished the whole thing.

Now let me ask you, what’s the first thing you think of when you hear Belgian food? Belgian waffles, right? 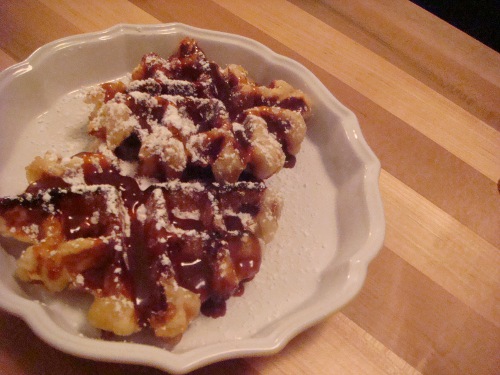 It was like eating sticky, chewy, candy. Mmmmmm. We also tried the waffles with berry sauce and lemon cream, but of course I liked the sweetest one the best. 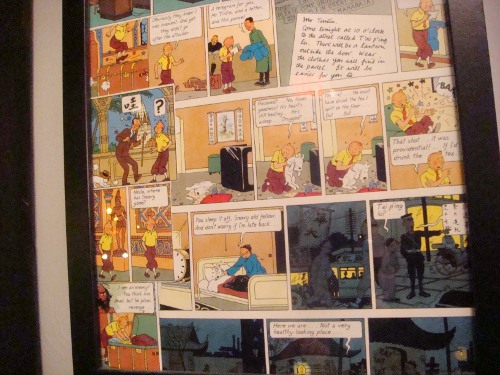 Saus is already being welcomed very warmly by the Boston community, and I have a feeling it will be an even bigger hit in the coming months. Especially when word gets out that they are open till 2 am on Fridays and Saturdays (pomme frittes after a bar crawl, anyone?). I’m glad Boston has its first Belgian outpost, and it’s making me wish that there was another Belgian restaurant in the area. I’ve only been to one Belgian restaurant (Resto in New York) and loved it, and I really enjoyed the Belgian street food at Saus too.

Our meal was complimentary, thanks to the owners of Saus. And special thanks to Megan for arranging our fun get-together! Everyone left in such a good mood – and who wouldn’t, after partaking in some hard-to-resist fries and sauces and sweet, crunchy waffles?

Do you have a Belgian restaurant in your city? What’s your favorite street food?