It is, no question, my favorite French restaurant in Boston.  The cozy setting at Petit Robert Bistro is relaxing, and the food tastes homey and comforting.  Perhaps it’s all the butter, but in all the years that I’ve been dining there, I have never tasted a dish that did not elicit moans of satisfaction from me and my dining companions.

Last week my friends and I had a quick dinner at the Kenmore Square location, and we all ordered seafood entrees. 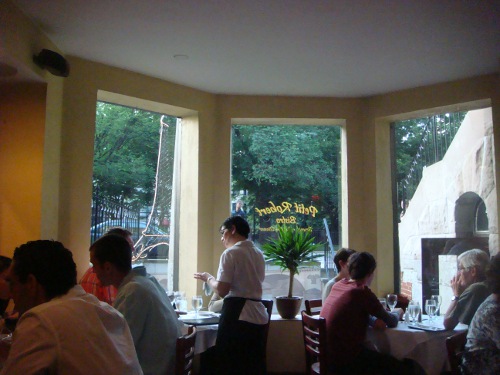 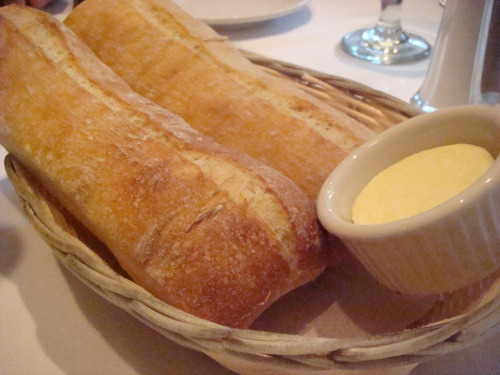 we started with a warm, fresh-baked baguette with cool, creamy butter 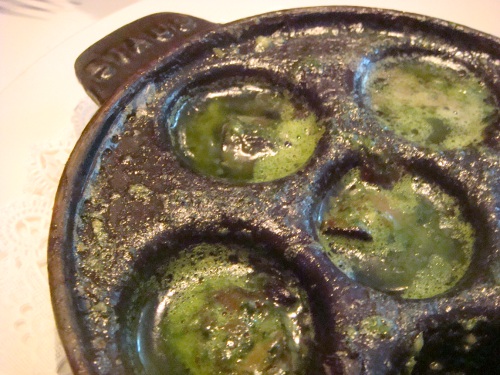 and an order of garlicky escargot

Do you like escargot? Snails are also common food in the Philippines,  where it is called kuhol, and is usually prepared with a spicy coconut milk broth. I always think of my grandfather when I see snails on the menu, because he used to eat them by the bowl.  I was always impressed with how Filipinos can take something that other people don’t normally consider edible and turn it into something tasty – so when I discovered that snails are also considered a common appetizer in French food, I couldn’t wait to try it! One bite of the chewy escargot, swimming in garlic butter sauce, and I was hooked. Now every time I go to a French restaurant, I want to order escargot.

But for my main dish that night, I went with this beauty: 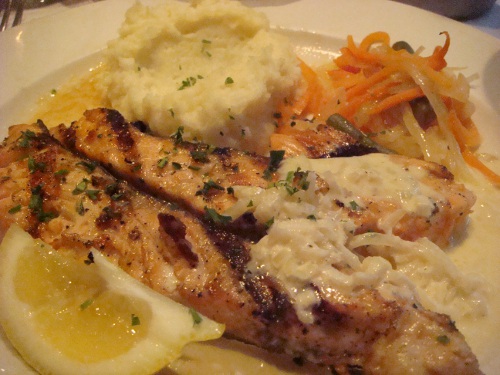 Yes, they are called salmon legs in the menu. When I asked our server about it, she said it’s because the chef cuts a salmon fillet in half and serves it side by side “like legs” – so really it’s just their way of being playful with the menu. I don’t really care what it is called because it was just divine. The salmon was soft and buttery and perfectly seasoned. In my opinion, it didn’t need that much beaurre blanc, but hey, if you give me extra butter, I’m not gonna say no to it. 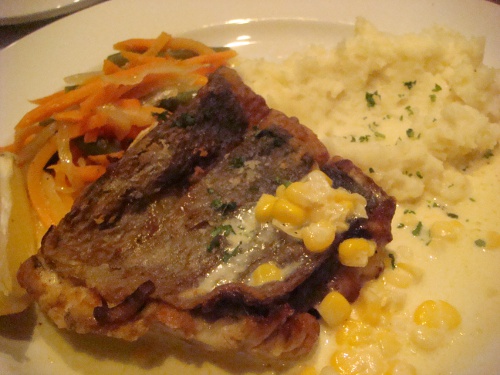 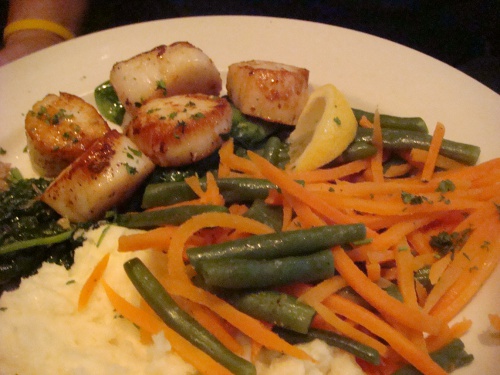 my friend Lance ordered the sauteed scallops with spinach

Now I have to admit after my scallop scare at Oleana, that I have not eaten scallops since then. However Lance loved it and he cleaned his plate in minutes.

We also ordered a sparkling Rose with dinner, and its crisp flavor was the perfect accompaniment to the seafood entrees. We were all too full to have dessert though (boooo). Even if dessert is one of the best things I love about Petit Robert Bistro (see pictures of past desserts in this blog post), this was one of the very rare, sad days where I had to pass.

We were all delighted by our choices that night. Now whenever I think about French food, thanks to Petit Robert Bistro, I think of seafood too. And still butter, lots of butter.

Do you like French food? What is your favorite dish? French fries don’t count!