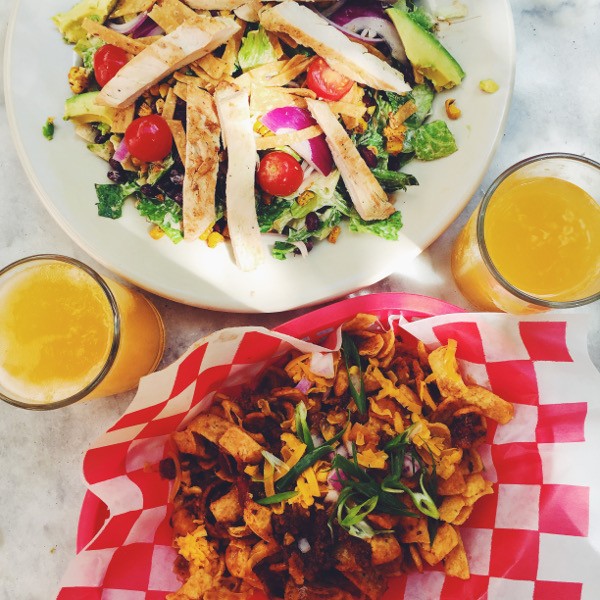 Live music, BBQ, frito pie, craft beer, and mini donuts from a food truck at 1 am. Those are just some of the things I loved about my trip to Austin, Texas.

Are you also planning a trip there soon? A note of caution: the most important thing you need to remember is that it’s going to be HOT and you’re going to be sweaty. So sweaty. You might opt to take multiple showers per day. You might be so dehydrated that alcohol affects you quicker than usual. You might use the heat as an excuse to go back to your hotel room after lunch for siesta (for all three days). But then you’ll remember you’re on vacation. So you order another drink. 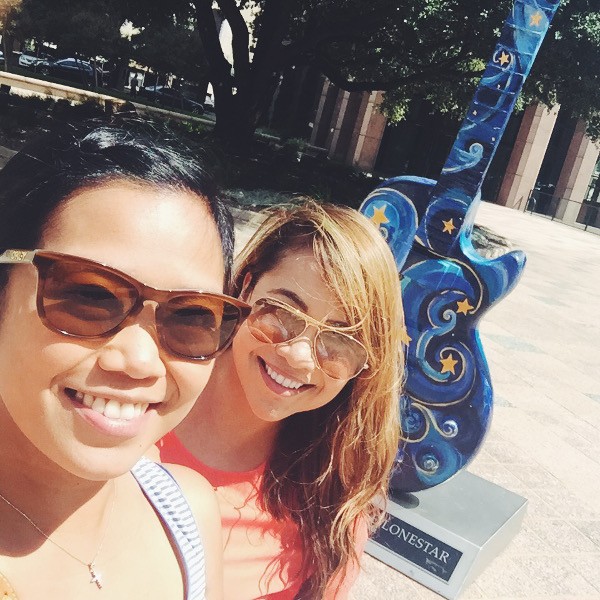 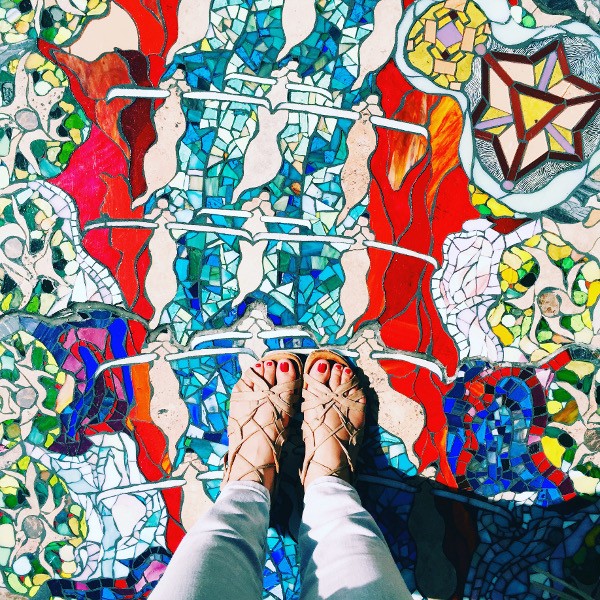 I was in the Lone Star state during Labor Day weekend (see previous visits here and here) and I am still thinking about the awesome time we had in Austin. Everything was so bright and colorful and FUN! I went there with one of my best friends for a quick girls’ trip, and below are some highlights from our 3-day weekend.

FOOD – as expected, the food was incredible. When I told friends that I’m heading to Austin, everyone told me that I would go crazy for the food, and they were right. We tried a lot of classics and Tex-Mex food, and these were just some of my favorites: 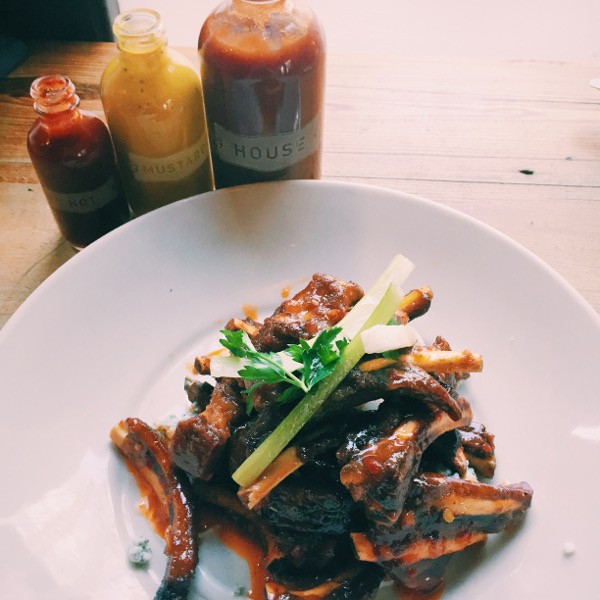 Wild boar ribs at Lambert’s – at first we were skeptical about this, but hey, a wild boar is really just a pig that’s raging for a party, so why not give it a try? So glad we did – these little ribs (riblets?) were crispy and fried, served buffalo style with a sweet and tangy sauce, plus crumbles of blue cheese. We ate each and every one! I also really loved the rustic atmosphere at Lambert’s (it’s a refurbished general store), and the live music on the second floor was a bonus. 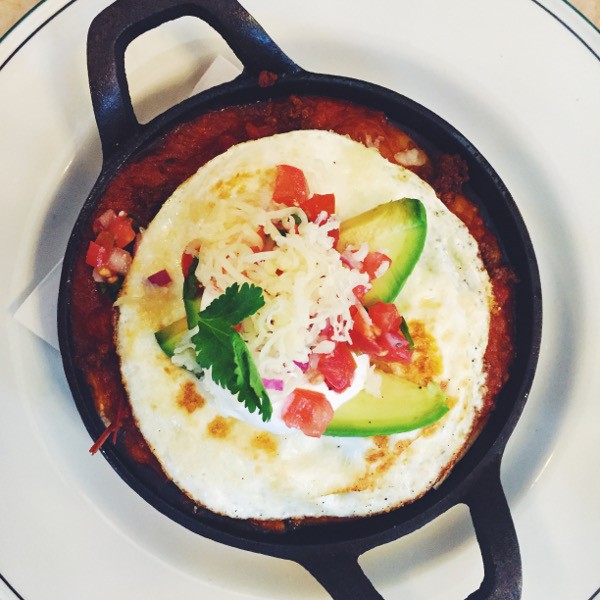 Huevos rancheros at the 1886 Cafe and Bakery in the Driskill Hotel, which is one of the oldest hotels in Austin. The Driskill is beautiful, very opulent and old-school, and its in-house cafe and bakery serves some pretty solid food. We went there for brunch, had huevos rancheros, steak and eggs, toast and jam, coffee, juice, and then we took home a couple of pastries because we are scared of going hungry (for the three hours in between our meals). 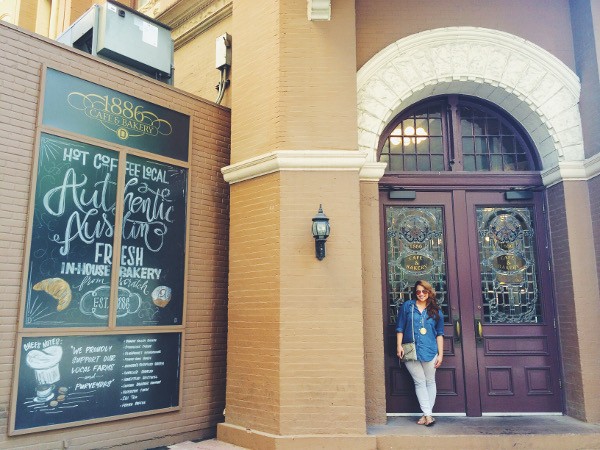 I’m a fan of door photos.. and bakery menus. 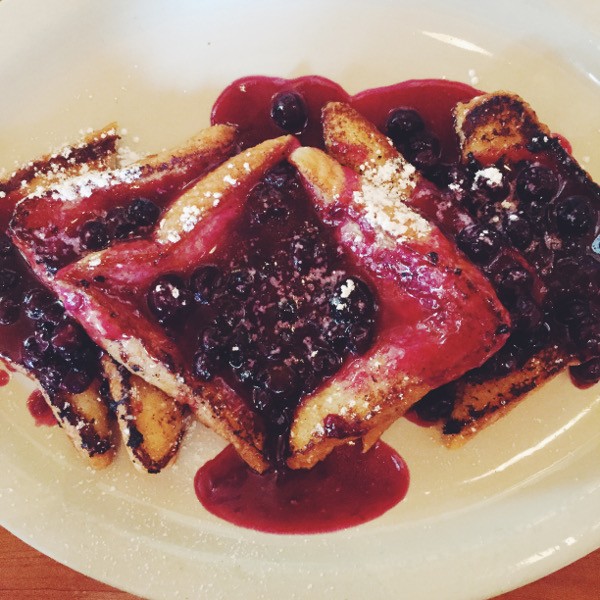 This is the Maker’s Toast at Frank. It’s custard battered Texas toast with Maker’s Mark bourbon blueberry sauce. I don’t always order french toast for brunch and now it looks like no other french toast will ever satisfy me again after tasting this. I mean, it’s battered in custard! It’s extra thick! It has BOURBON in the blueberry sauce! Someday I’ll cut back on exclamation points but today is not the day! 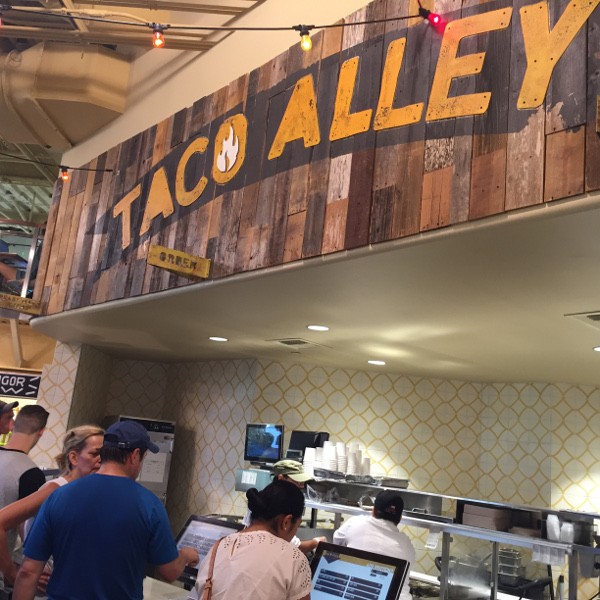 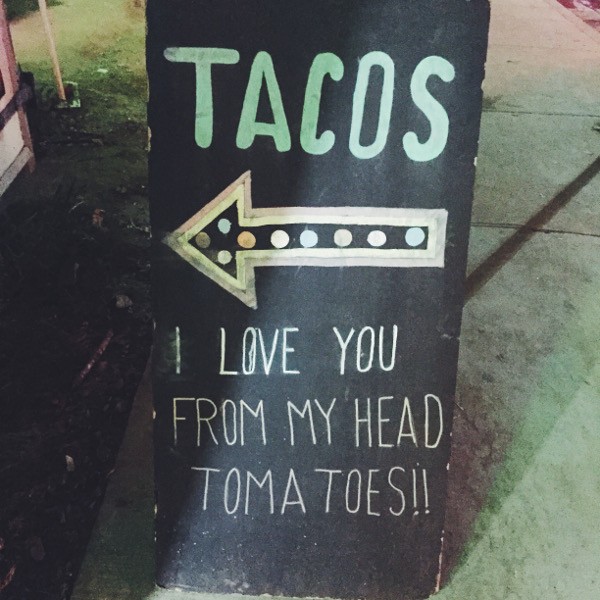 Tacos, tacos, tacos. There were a lot of tacos in Austin, but one of my favorites were the breakfast tacos we had at the Whole Foods flagship store. That’s right, we went to visit the Mothership for breakfast one day. We customized our own tacos, downed it with a smoothie, and then went shopping at Anthropologie after (soooo we essentially did what we would normally do in Boston).

And last but not least for my favorite Austin eats, let’s not forget frito pie! The top picture is from Jo’s Coffee in downtown. On our first day in Austin, groggy from an afternoon nap, we wandered in there for coffee. Instead we ended up with Southwestern salad, mimosas, and spicy frito pie. If you’r enot familiar, frito pie is chili and fritos. Spicy meaty chili, and salty crispy fritos. Perfection in a bowl.

BEER AND TEQUILA – we consumed a lot of alcoholic beverages over three days, and I even tried a couple of craft beers (even though I’m not a big beer drinker). The multiple cocktails we had almost always had tequila as the base, which I very much enjoyed. The drinks were always washed down with snacks, of course. Here are the best ones: 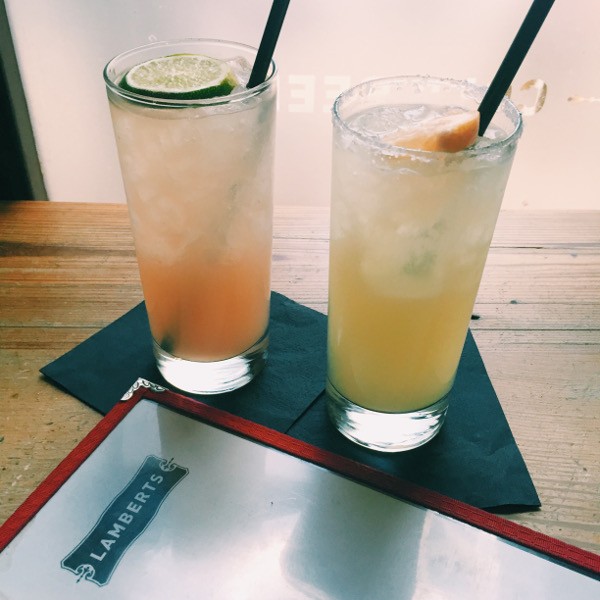 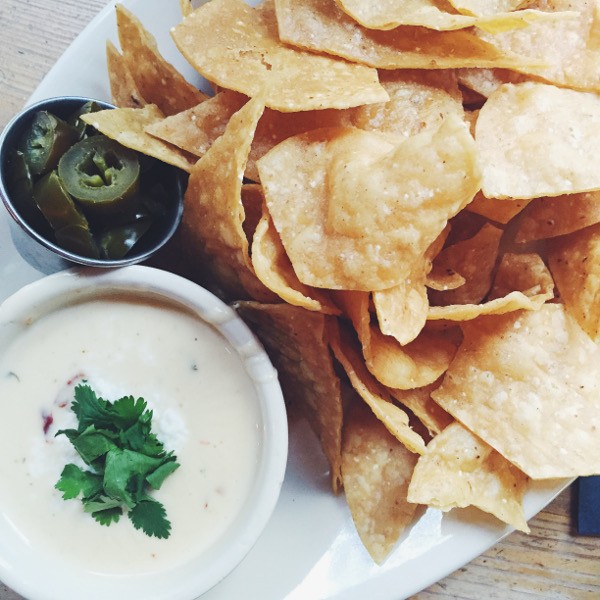 When we were at Lamberts, I ordered a Paloma (my official summer drink – tequila, lime juice, grapefruit soda) and my friend Amanda ordered a Ruby Redy Mule (made Deep Eddy Ruby Red vodka). Both were so refreshing and hit the spot on those sweltering 100 degree F summer days. 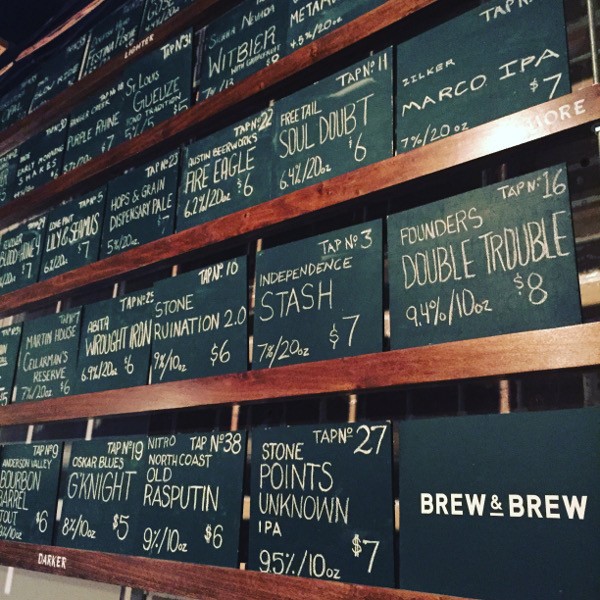 One of my friends told us about a place called Brew and Brew – it’s a full service coffee shop and craft beer bar in one spot (“we brew coffee and pour beer”). They have 38 taps of rotating craft beer, mostly local plus a selected few from across the country. I opted for a light summery beer (Dogfish Festina Peche). 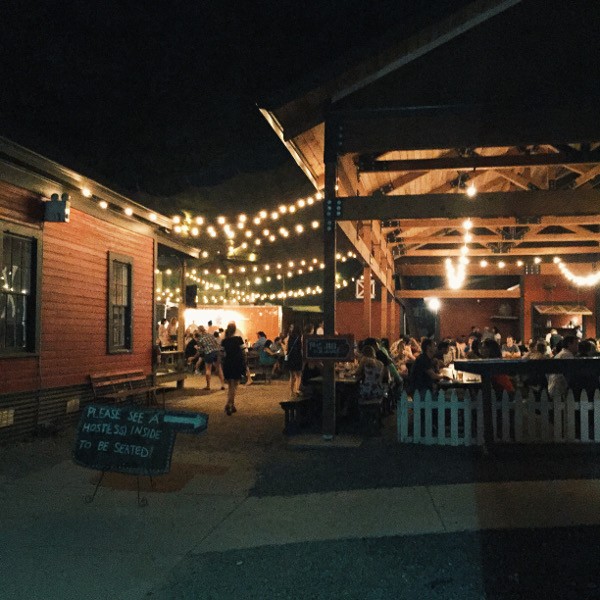 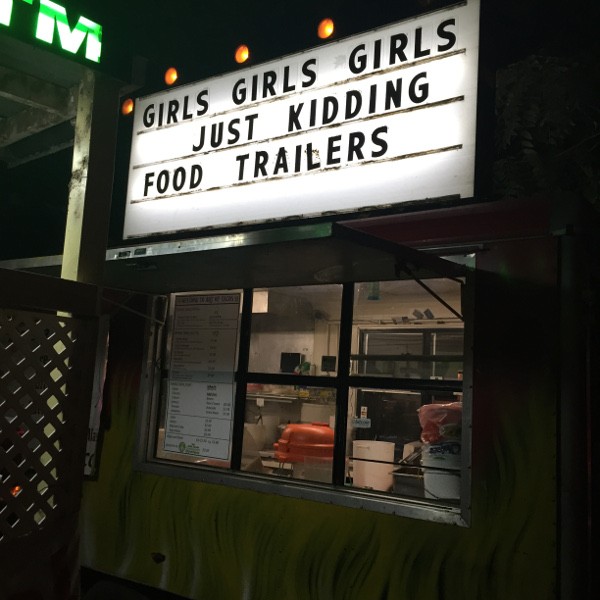 I can’t pick just one drink or one bar, but a blog post about Austin is not complete without the bars at Rainey Street. The entire street is filled with bungalow-style historic homes that have been transformed into bars and cocktail lounges, plus a smattering of food trucks. It’s a very lively place pulsing with energy and live music, and the bars have ample porches and backyards, all packed with patrons which makes is seem like the entire street is just one big party. Amanda and I found a mini donut food truck, and we feasted on fresh hot donuts at 1 am: dusted with cinnamon sugar for her, dipped in salted caramel for me (of course).

Other Things That Make Austin Special – in addition to the food, drinks, and night life, I have a few more favorite things about Austin: 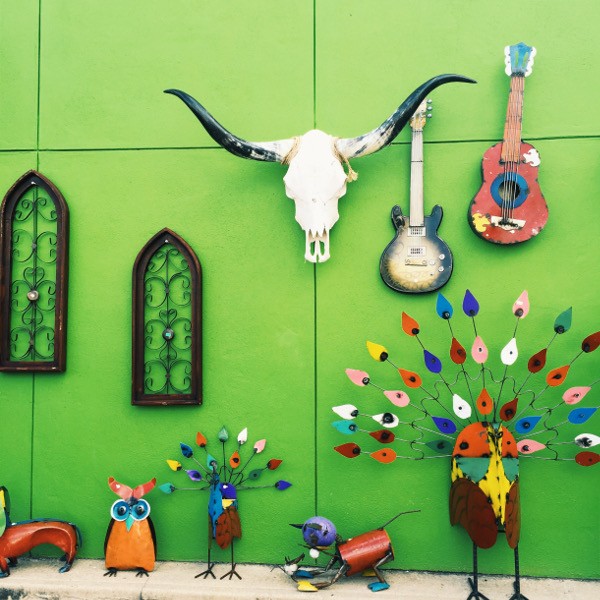 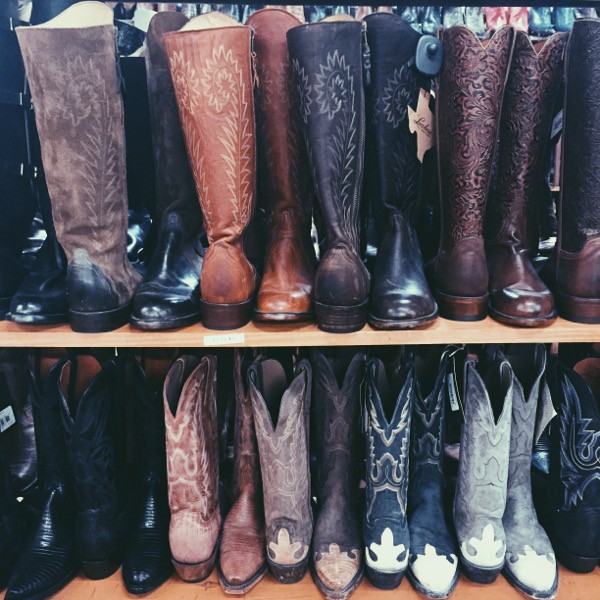 South Congress Street or SoCo – this is an entire street filled with restaurants, cute boutiques, food trucks (so many food trucks in Austin) and live music – even during the day! 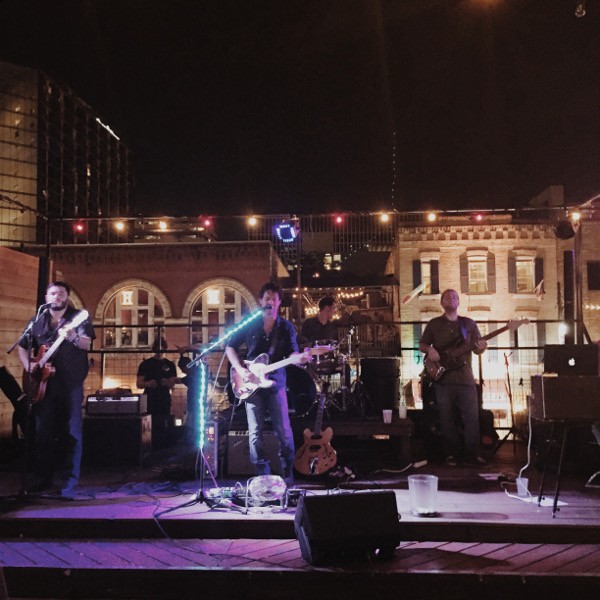 6th Street – ahh, the famous 6th Street in Austin. This is a long strip filled with numerous bars, live music venues, pizza places, tattoo parlors, art galleries, and various cafes and restaurants. We went bar hopping on our last night in Austin and caught some really good singers (my favorite was a group called Thomas & Hall – check out the clip on my Instagram). 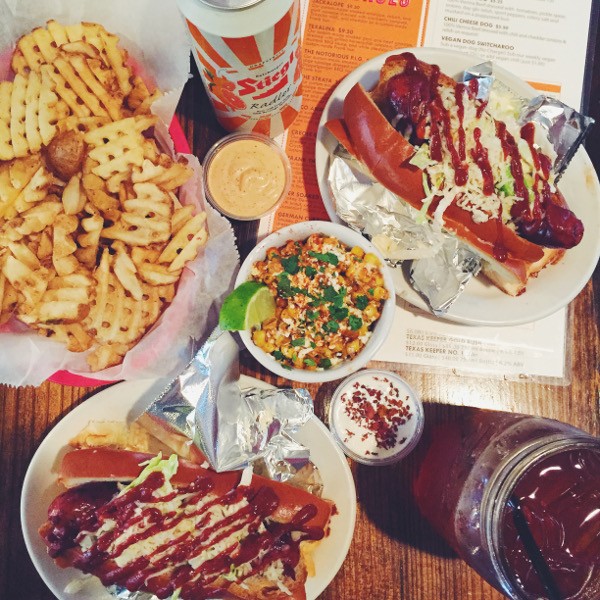 And this brings us back to the food. My favorite place in Austin was Frank. We went there for a delicious brunch, and the next day we came back for their famous hotdogs. Amanda and I both had the Texalina, their house-made smoked pork ad beef sausage, dressed with grilled horseradish coleslaw, Carolina mustard BBQ sauce, and white cheddar on a Frank Bun. We also had their waffle fries, corn cup, beer, and iced tea. Then we had milkshakes for dessert. Because we were on vacation. Everything was ridiculously good. 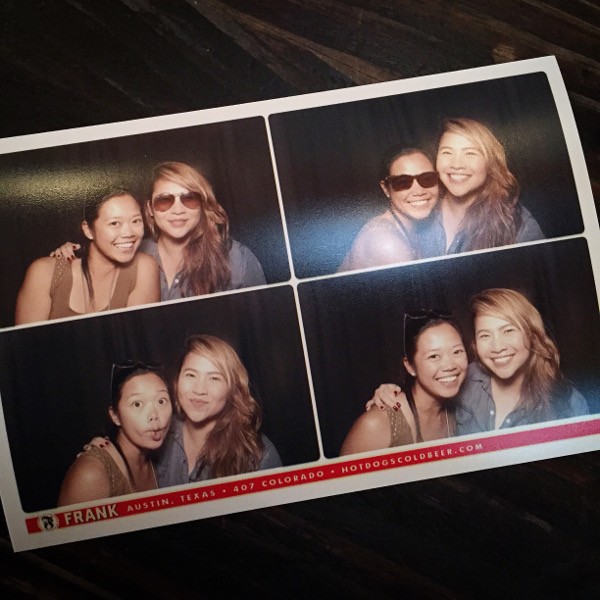 That wraps up some Austin recap! I hope you guys had a great weekend, and that you can squeeze in a fun 3 day weekend like I did before the end of the year creeps up on us. My next trip is Barcelona and Lisbon next month, and if you have some recommendations, let me know!