November 1 was Dia de los Muertos, or Day of the Dead. It is a Mexican holiday celebrated throughout Mexico and around the world, a day to honor family and friends who have passed away. In the Philippines, we celebrate the Catholic holiday of Todos los Santos, or All Saints’ Day.

During Todos los Santos, Filipinos storm cemeteries to visit their dead, bringing picnic baskets and blankets to “share a meal with the dead.” Families congregate at cemeteries to pray for and remember their dead, to make private altars, and to bring the favorite food and flowers of their departed family members. Instead of a mourning or somber atmosphere, the cemeteries assume a very lively and colorful air.

A recent blog post from Cheap Beets by Molly reminded me that the Mexican tradition for celebrating Dia de los Muertos is actually pretty similar to the Philippine tradition of celebrating Todos los Santos. I love the idea of celebrating the lives of loved ones who have passed, instead of being in a constant state of mourning or of being sad. This made me nostalgic and I wanted to celebrate the holiday here too! Fortunately my friend Erica invited me to a special dinner at Papagayo, a Mexican restaurant and tequila bar near the Waterfront. 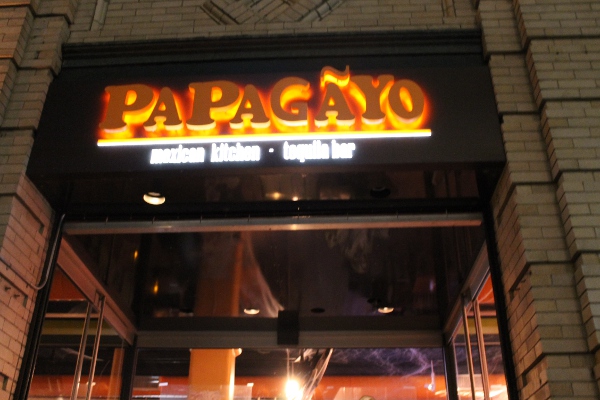 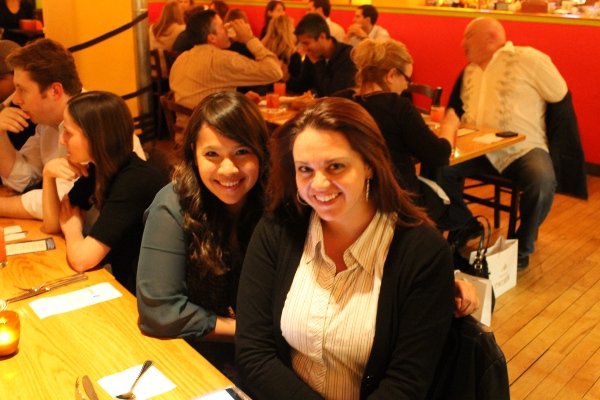 Erica and I were happy to be there, because not only do we both love Mexican food, but we both also love... 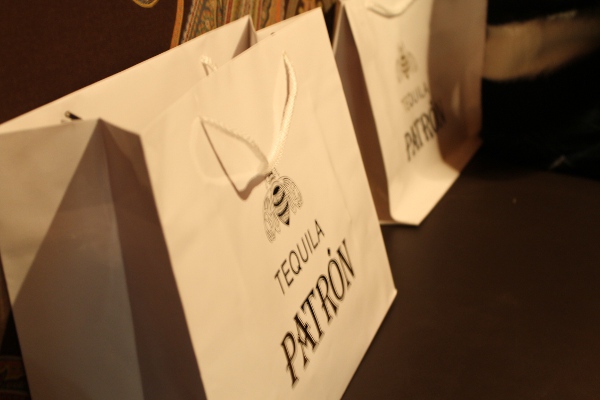 The Mexican dinner was sponsored by Patron – and you know how I feel about tequila (I love it even with chocolate).  Papagayo chef and owner Chris Damian created a special menu that incorporates traditional Dia de los Muertos recipes into a five-course Mexican dinner that was paired with Patron tequila tastings. 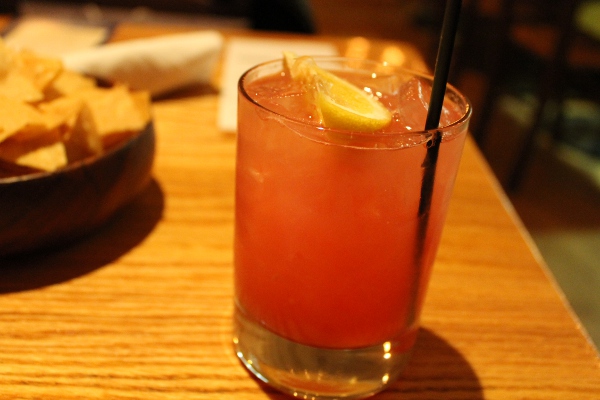 we were greeted with complimentary watermelon margaritas 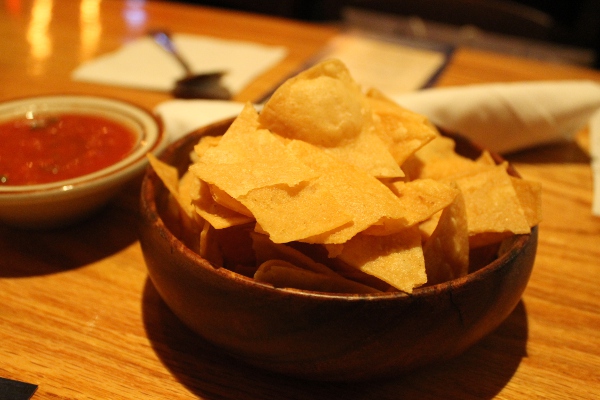 and bowls of salty chips and mild salsa 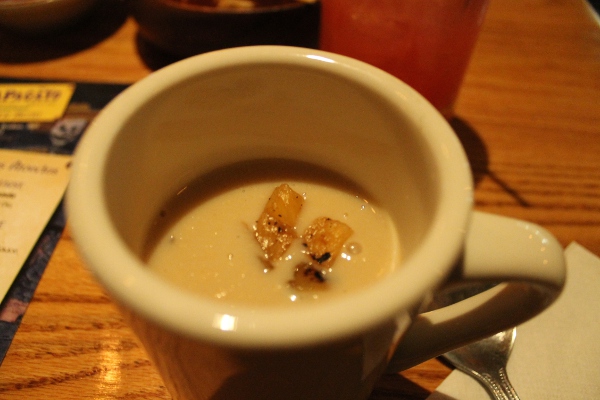 the meal started with an amouse bouche of atole

Atole is one of the traditional Mexican drinks during Dia de los Muertos. I have never tasted anything like this warm, sweet drink, and I became an instant fan. The Papagayo atole was made with made with masa, cinnamon, vanilla bean and oven-roasted pineapple compote. 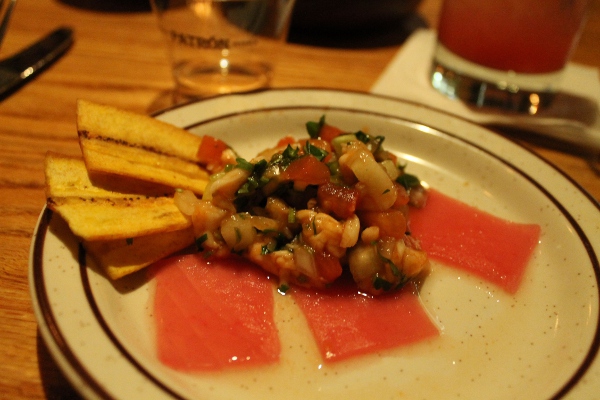 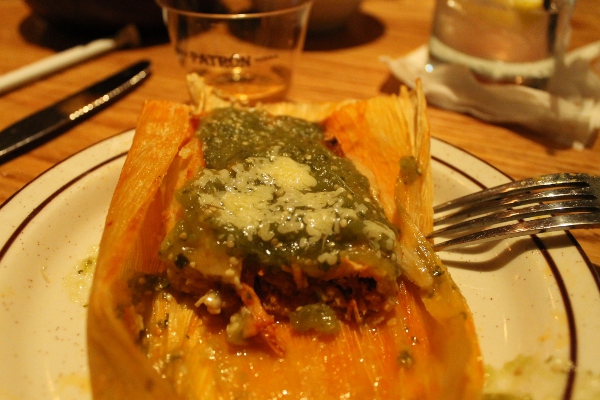 My dad’s family in the Philippines is from the province of Pampanga, which is known as the culinary capital of the country. They make the best tamales, so I have pretty high standards. 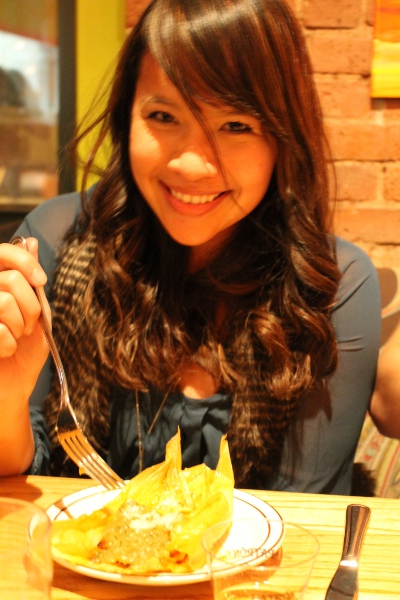 luckily, Papagayo's version met my standards. I only wished it was spicier, but I find that most Mexican dishes aren't always as spicy as I expect 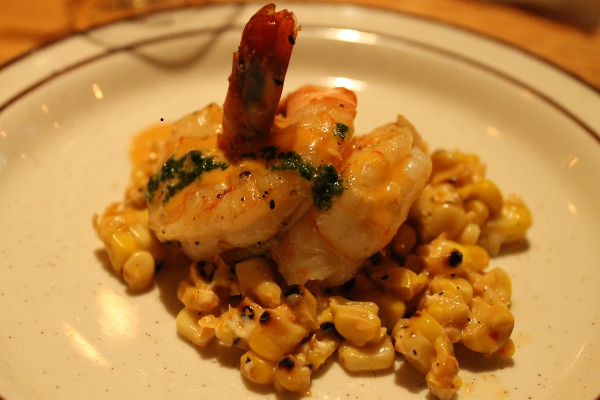 The prix fixe originally featured scallops but I requested something else so I got shrimp instead. I found out that I am actually mildly allergic to scallops, and given my scallop scare earlier this year, I have been avoiding it. The shrimp was perfectly cooked, but the star of this dish was the grilled corn, mixed with cilantro oil, ancho and lime aoili, and cotija cheese. 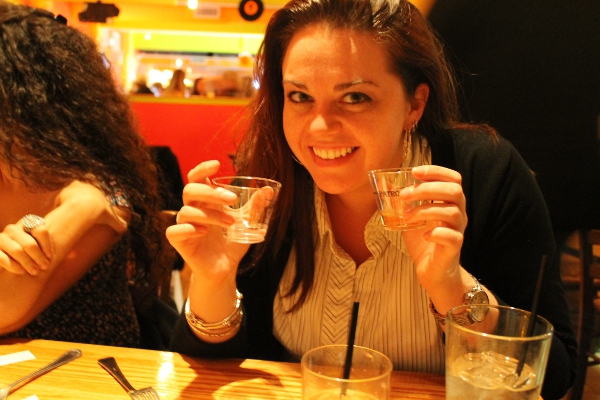 at this point we've already had three tastings of tequila (plus a margarita) and I was ready to call it a night, but it's not over yet. Here Erica was holding the glasses of Patron Anejo and Patron Platinum 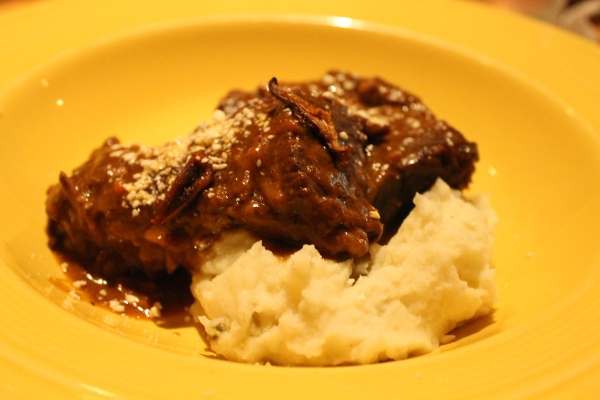 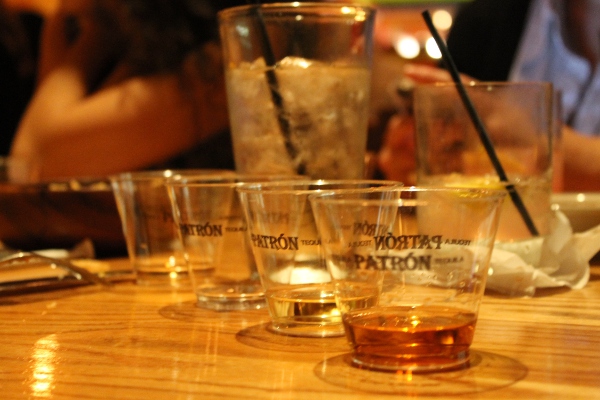 this was served with the super premium Gran Patron Burdeos, which was almost like a whisky. It goes for $450 a bottle (or $85 per shot!) 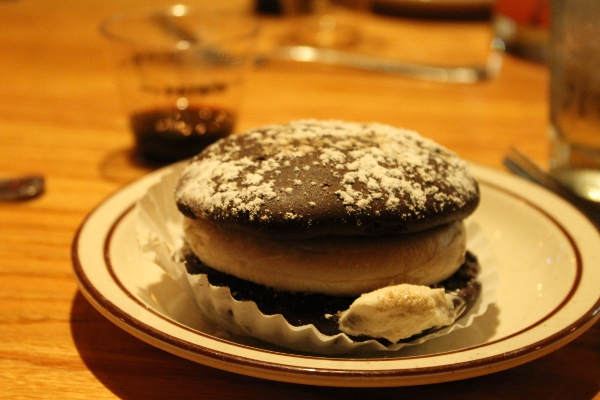 Unfortunately this was my least favorite dish of the night. It was too sweet, even for someone with a gigantic sweet tooth like me. However, the tequila that came with this was my ultimate favorite, Patron Cafe. Remember my obsession with Baby Guinness shots?

Erica and I had a really fun time at the Dia de los Muertos dinner at Papagayo (oh and for you hockey fans out there, Erica writes an awesome hockey blog called What’s Up, Ya Sieve). We were seated with some lovely couples who enjoy tequila and food as much as we do.  It was a nice, quiet evening (in spite of the multiple glasses of tequila), filled with good food and good company.

This brings me back to the essence of Todos los Santos, which gives us the chance to celebrate the memory of our dead, with food and company. It reminded me of my childhood – I recall visiting the graves of our relatives, and being pleasantly distracted by the sounds of the ice cream man or sorbetero (in the Philippines, there was not an ice cream truck but rather an ice cream cart or just a man lugging his products in a styrofoam box, ringing a bell). There were big picnics with my favorite pork adobo, salted duck’s eggs, steamed shrimps, fried chicken and rice that always came with smiles, hugs, and prayers. Even as a kid, I learned that remembering the dead is not just about being sad; remembering the dead can also be about celebrating their memory, and appreciating our present togetherness.

Do you and your family celebrate a day of the dead?