Up until last year, I’ve never been to a vineyard.

I grew up in the Philippines, a warm tropical country. We grow mangoes, not grapes.

But last year I went to a winery in Tuscany, Italy and I became mesmerized with the vineyards: the sprawling lands, the grapevines evenly lined up in parallel rows, the greens and the golden browns against a clear blue sky. I know that there are several vineyards in New England (does Martha’s Vineyard count?) but I haven’t explored enough. Last week, I was able to check out Sakonnet Vineyard in Little Compton, Rhode Island. 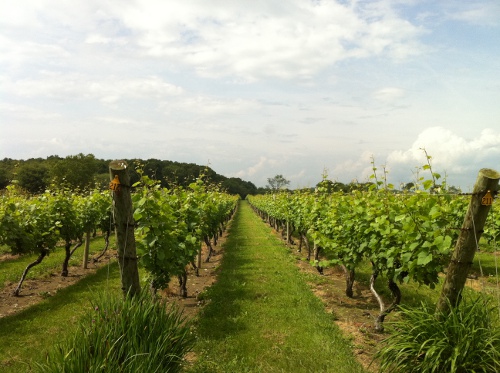 We were there for the Coastal Wine Trail, which stretches from Cape Cod and the Islands through the South Coast of Massachusetts, Coastal Rhode Island and Coastal Connecticut. There was a giant tent in the middle of the Sakonnet Vineyard grounds, and it was filled with vendors for food and wine.

When I’m faced with numerous tastings (like in Taste of the Nation or a buffet), I have a strategy: the first thing I do is go around and survey the scene so I can decide what I want to eat and drink. I did the same for the Coastal Wine Fest, and took lots of pictures too. 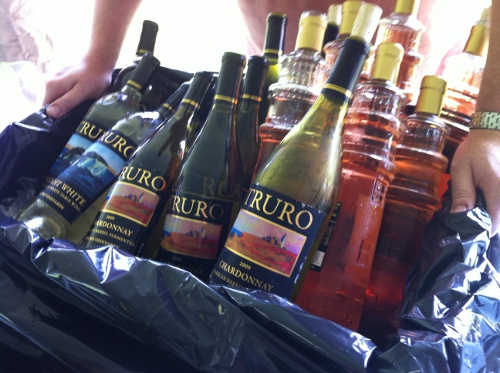 okay I lied - the first thing I did was taste some blush wine from Truro Vineyards (part of their Lighthouse wine series, so the bottle was shaped like a lighthouse) 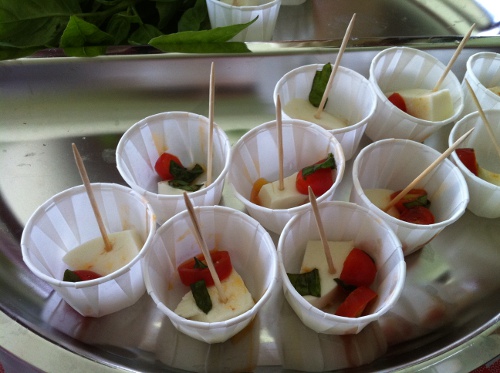 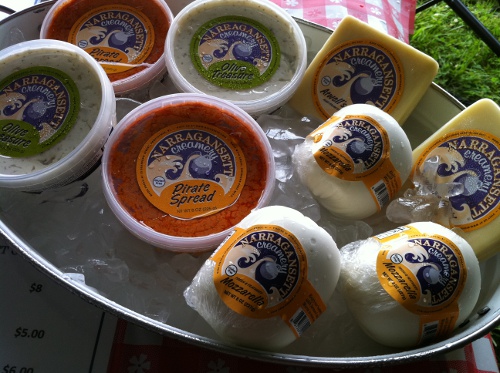 later on I bought some of their Pirate Spread - made with feta, sun dried tomatoes, rosemary and cayenne pepper 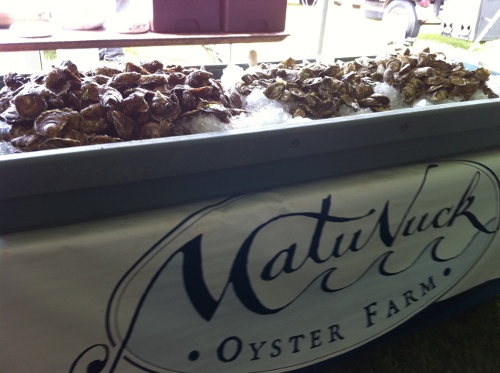 there some oysters but I'm allergic to them (booo...) 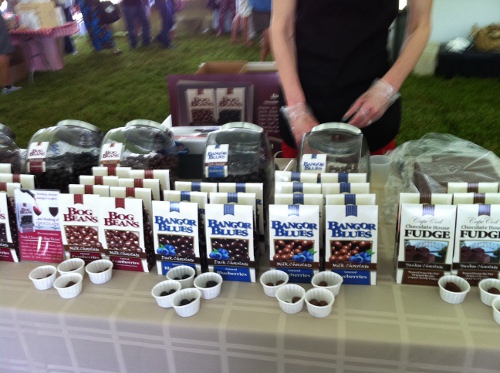 there were lots of treats for me: chocolate covered blueberries and cranberries 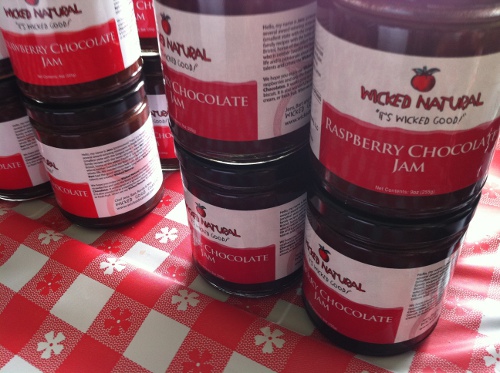 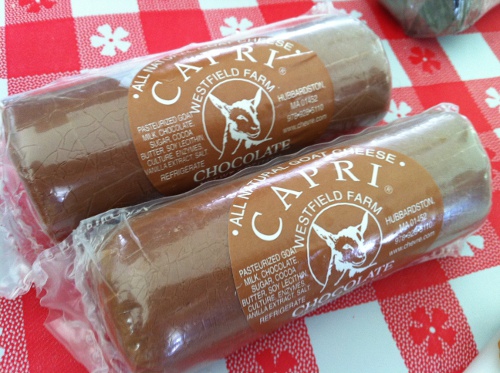 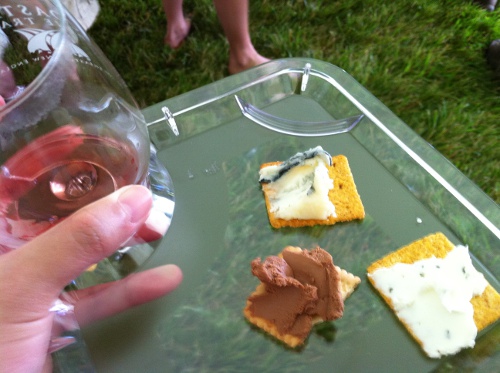 I tried three different kinds of goat cheese from Westfield Farm: chocolate, blue, and classic (guess which one I ended up buying) 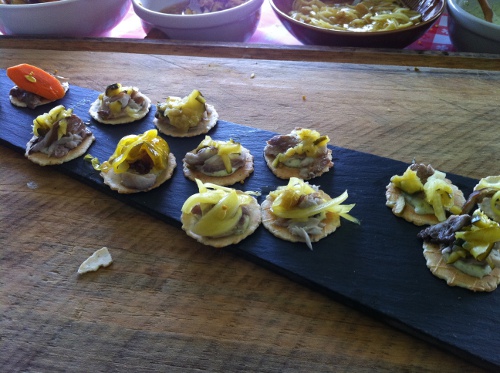 the canapes of smoked bluefish with curried pickled vegetables... 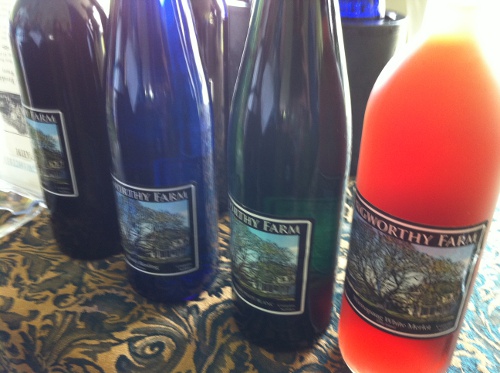 ... went nicely with the white merlot from Langworthy Farm (a white merlot is new to me, it was so light and refreshing) 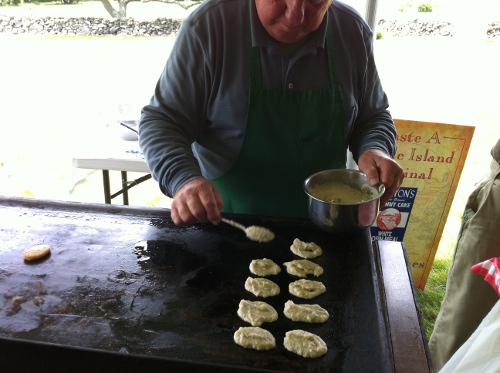 I tried my first johnny cake, made on the spot... 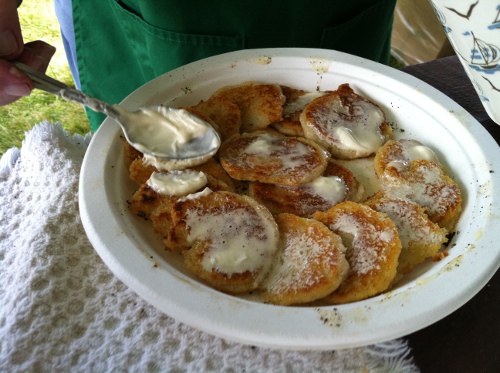 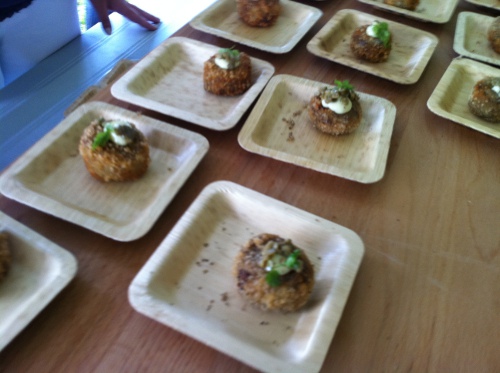 my favorite bite of the day: steak and egg patties from Castle Hill 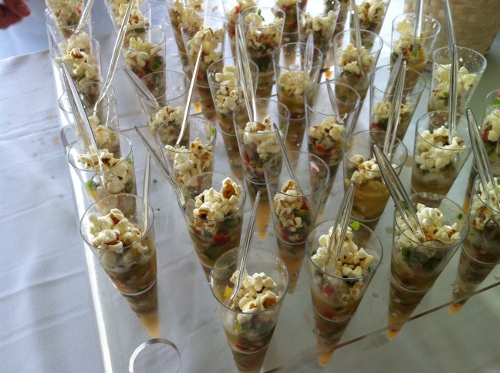 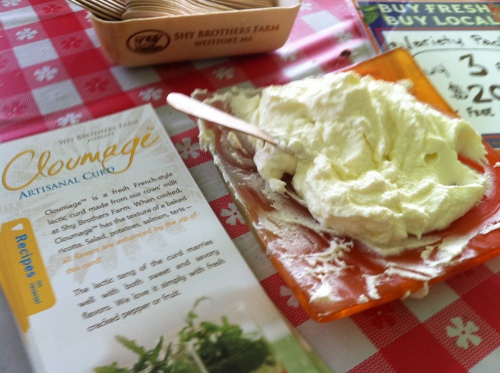 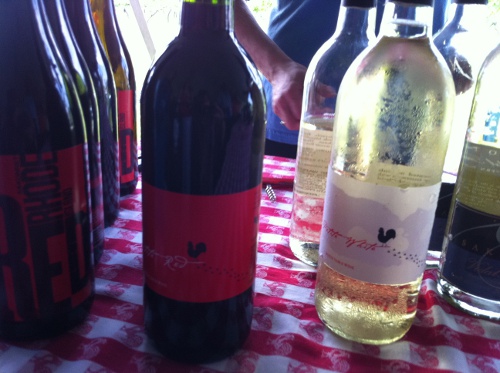 of course we couldn't leave without trying Sakonnet wine

My friends and I had a great time at the Coastal Wine fest – we had some incredible bites of food and lots of sips of wine. And the weather that day was perfect: warm with a cool breeze. Days like this are what makes summers in New England so wonderful. 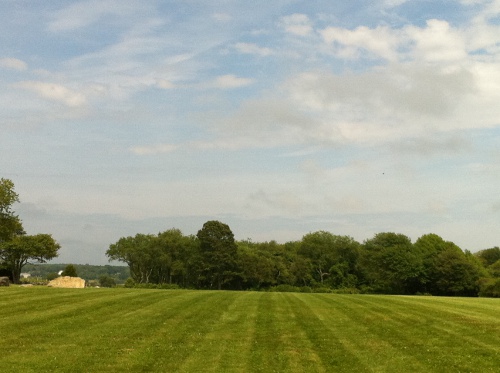 even the view from the parking lot was pretty

Have you every been to a New England vineyard? And have you ever had a white merlot?