After a taste of this cool, creamy, sweet pudding – silky with coconut milk and almost jelly-like, topped with blueberries bursting with freshness – you might want to re-think your stance about healthy desserts not being “your thing.”

You might want to re-think your habit of always, ALWAYS, going for the rich, decadent, chocolate desserts – and instead start going for something light and summery and healthy.

You might want to keep in mind that it’s so healthy, packed with omega 3 fatty acids and antioxidants, that it will be a good idea to start eating this for breakfast for a super-charged start to your day. (Plus, it satisfies your penchant for dessert for breakfast.) 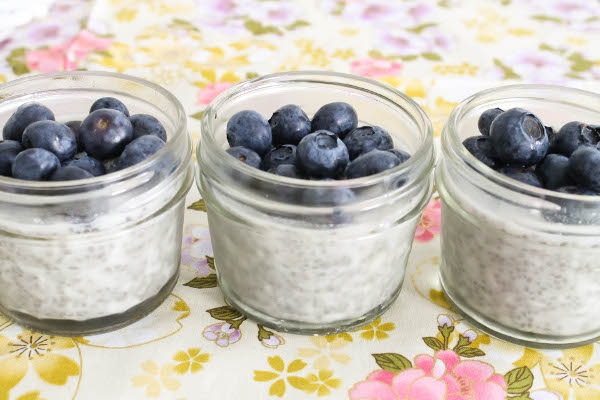 What makes it so darn healthy? It’s the chia seeds – a great source of protein and omega-3s – which, when soaked in a liquid (in this case, light coconut milk and unsweetened vanilla almond milk) plumps up with a gelatinous coating, magically transforming a slightly weird looking mixture into pudding. 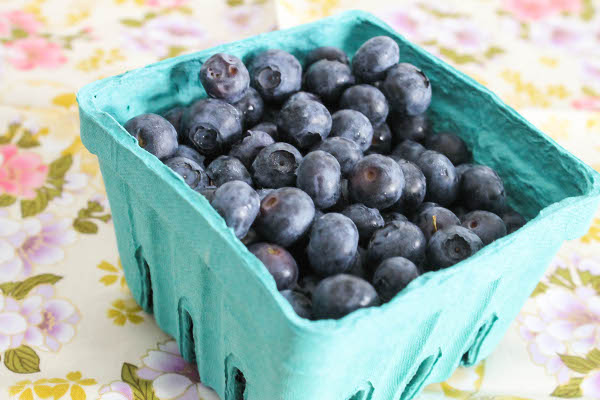 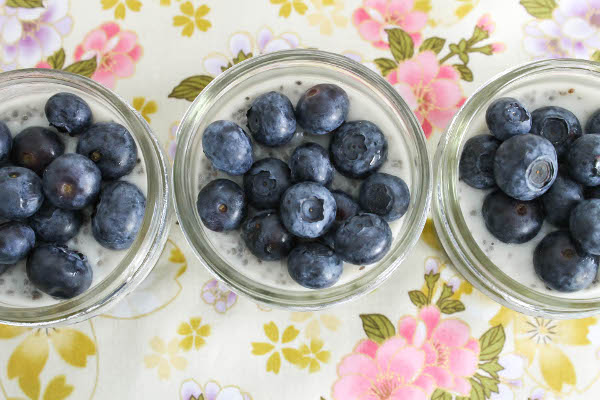 It’s also the blueberries, one of the world’s healthiest (and prettiest) fruits, which helps reduce risks of diseases and boosts our brain power. 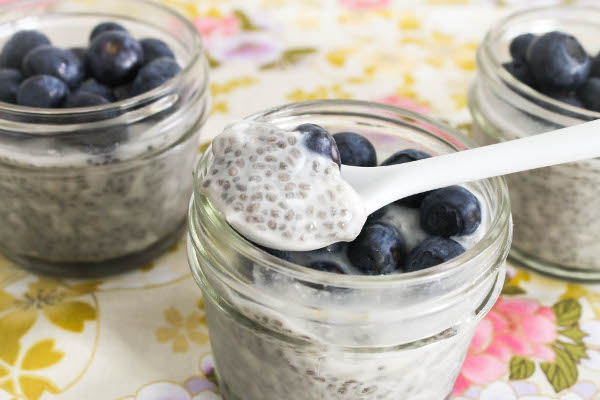 There’s added texture from unsweetened shredded coconut, a little bit more sweetness from turbinado sugar (unprocessed, dark brown raw sugar), and some cuteness from little baby mason jars. (This is good if you also have a penchant for adorable baby versions of anything.)

So good, so creamy, so perfect, you might consider this blueberry-topped dessert is even more delicious than the blueberry pie you ate last weekend….

Or at least equal to pie. 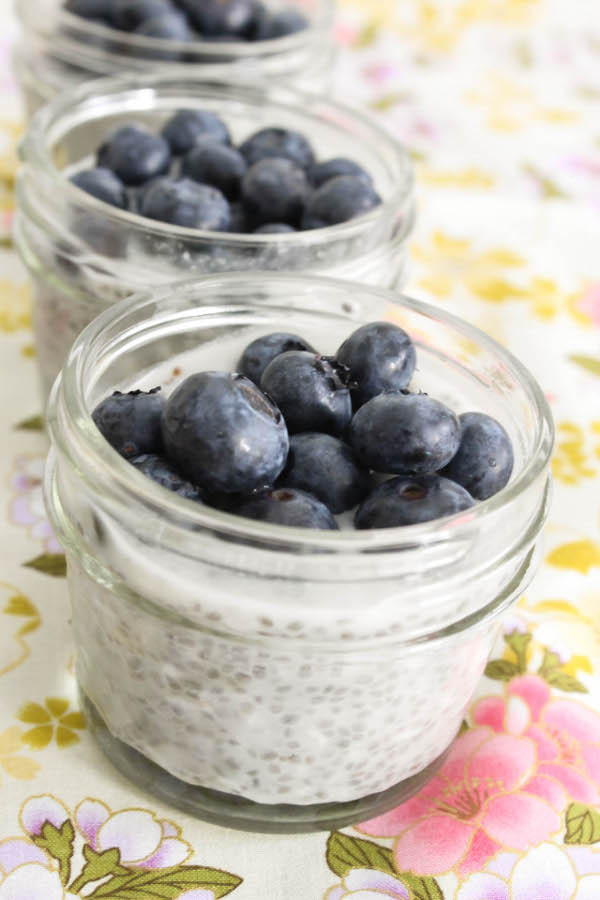 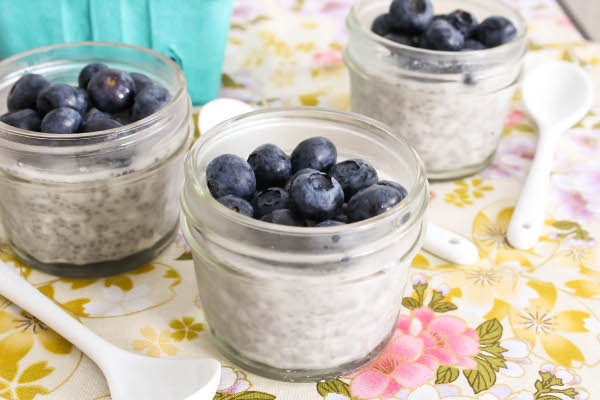 I ended up with four half-cup servings (but ate one while shooting these photos). It’s easy to play around with the flavors – use regular milk instead of coconut and almond, or soy, add other berries, maybe even top with toasted coconut flakes. Let me know if you come up with new flavor combinations!