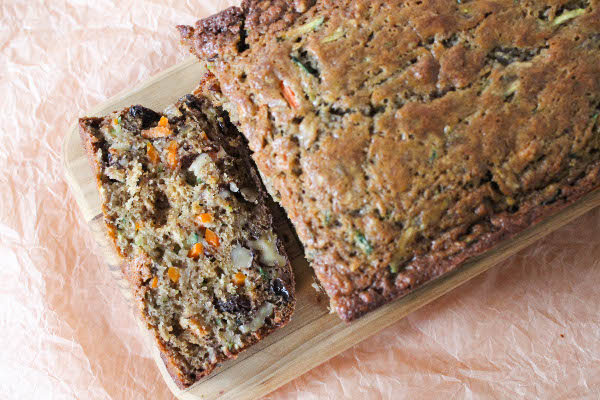 This quick bread is filled with so much healthy stuff, it’s practically a salad. It has zucchini, carrots, bananas, raisins, walnuts, and Greek yogurt. All nutritious.

The fact that it tastes a teeny bit like cake is just an added bonus.

You’ll see pretty flecks of green and orange, get some crunch from heart-healthy walnuts, and taste sweetness from bananas and raisins. It’s a moist, almost fluffy bread – so good and jam-packed with different textures. 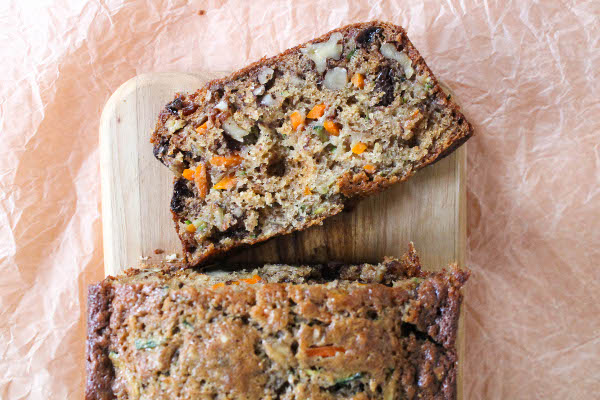 I’ve had this bread on my to-do list for months. I spent a few lovely days in New York city last June – I caught up with friends, went to a boozy brunch with a DIY Prosecco Bar (that’s right, unlimited cocktails), saw Of Mice and Men on Broadway starring Chris O’Dowd and James Franco (can we say double yum?), and right before I boarded the Amtrak to Boston, I bought a slice of zucchini carrot  bread from a small bakery across my hotel. The bread tasted like carrot cake without the frosting, but better because there was so much texture from the shredded carrots, zucchini, and raisins. As soon as I took a bite, I knew I wanted to recreate it at home.

I grated a medium zucchini and squeezed the water out of it with paper towels, and I used pre-shredded carrots. I decided to add some chopped walnuts because I love walnuts and also because I can’t get enough texture! I considered adding shredded coconut flakes, too, but thought that’s going a little overboard. And I briefly considered soaking the raisins in rum but stopped myself because I wanted this quick bread to say on the healthy side.

(Confession: I have a penchant for soaking raisins in Cointreau, or cherries in brandy, or generally just adding rum to baked goods and desserts.) 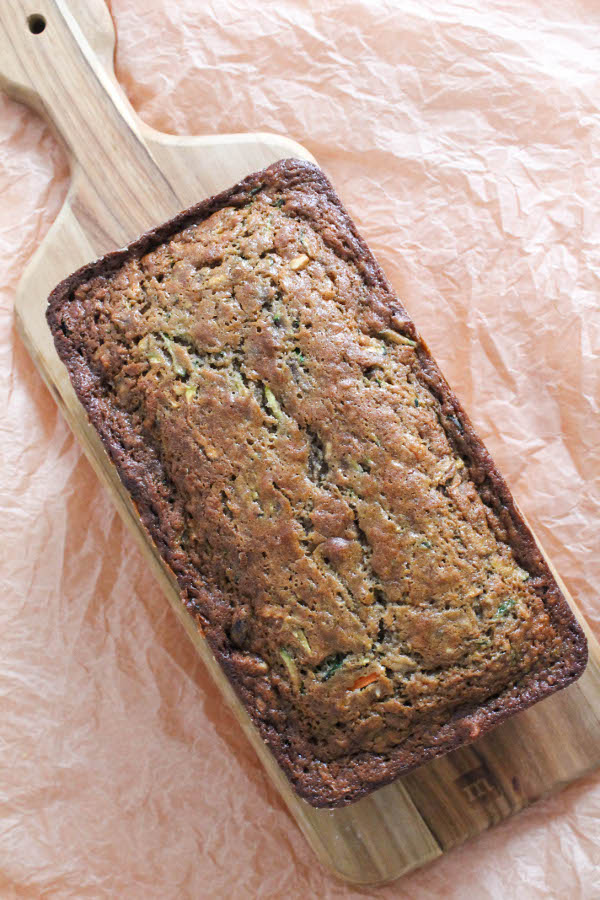 And even though it could totally stand it for cake, we’re sticking to calling it bread. And righteously calling out the ZUCCHINI and CARROTS and the other healthy ingredients. BANANAS. COCONUT OIL. GREEK YOGURT. WALNUTS! 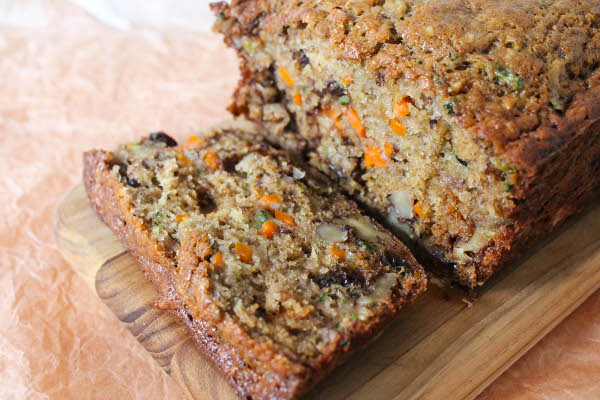 So go ahead and eat this smugly for breakfast. Smear some organic almond butter on it, to up the nutrition content even more. (Don’t point your finger at me if you want to smother it in butter or Nutella instead.) 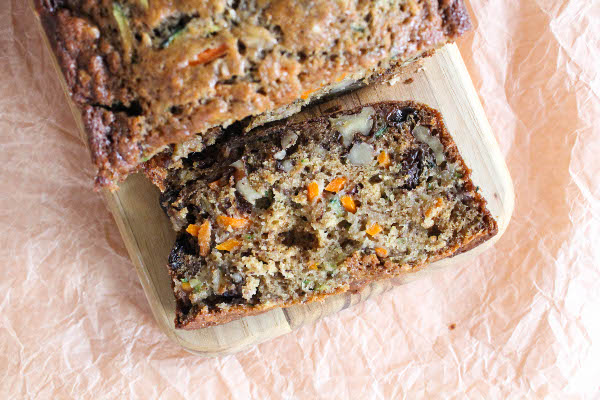 Anyone else tempted to pour some dark spiced rum over this? Nobody? Okay, let’s stick to healthy today.

« Previous
Date Night Spots in Boston… and What To Order
Next »
Lindt Chocolate and Wine Pairing Party + Giveaway!