Tarte flambee is also known as flammekueche, but I prefer a blog title I can pronounce.

It’s an Alsatian dish of a rolled out dough and traditionally topped with creme fraiche, onions, and lardons. Lardons are strips of pork belly – essentially bacon.

So you can think of tarte flambee as a fancy French pizza. But just because it’s French and fancy-sounding doesn’t mean it’s hard to make.

In fact, I found out that it’s dangerously easy to recreate at home. 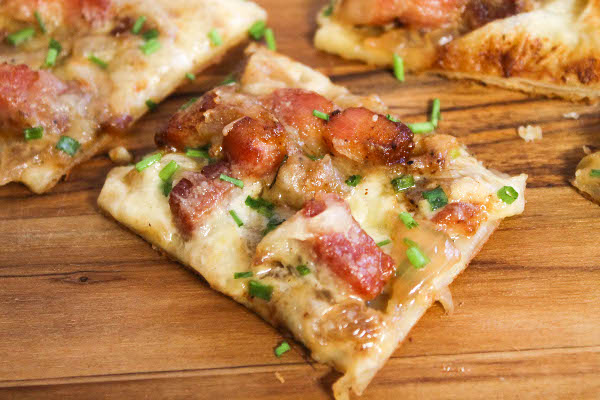 I’ve tried different versions of tarte flambee from restaurants in Boston, including Sandrine’s Bistro and Brasserie Jo. I remember the dough being flat and thin but sturdy. I wanted to make my homemade version similar to the restaurants, but I was too lazy to make my own pizza dough. So I just used a favorite shortcut: 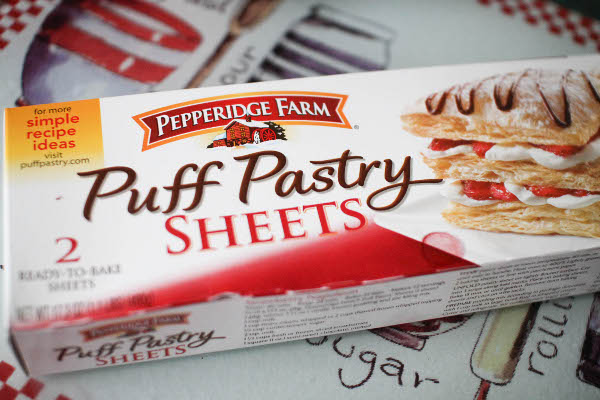 The buttery puff pastry transforms into a flat base for the tarte flambe, and it is blanketed with two magnificent ingredients: thick cut bacon and creme fraiche. 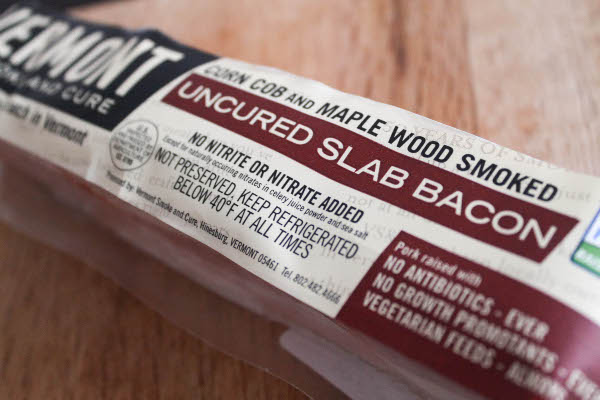 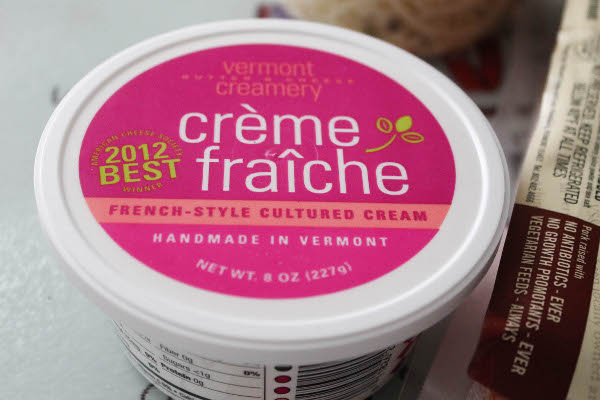 I bought slab bacon from Whole Foods but you can also use regular bacon and cut it into strips before frying. Once the bacon starts to brown, you remove it and cook the onions in the same pan, infusing it with the smoky bacon flavor. I suggest cooking a little bit of extra bacon because you’ll probably be tempted to nibble on it while making this tarte flambee.

Creme fraiche is a rich and tangy cream, similar to sour cream, but even thicker. I saw other tarte flambee recipes use sour cream instead, or fromage blanc. But creme fraiche is the creamiest. If you want to cut back on calories, I suspect Greek yogurt could work too.

I also sprinkled some shredded Gruyere on top, and finished it off with some fresh chives. 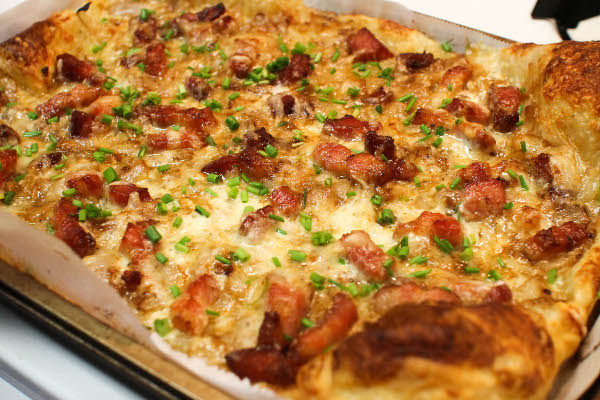 Served with a simple side salad, this was an easy dinner, and also made for great leftovers.  I really liked the creamy cheese and I especially liked the salty bacon strips. Tarte flambee, flammekueche, flammkuchen, Alsatian pizza, you can call it whatever you want.  You can even skip the extra cheese and the chives. Just don’t skimp on the bacon. 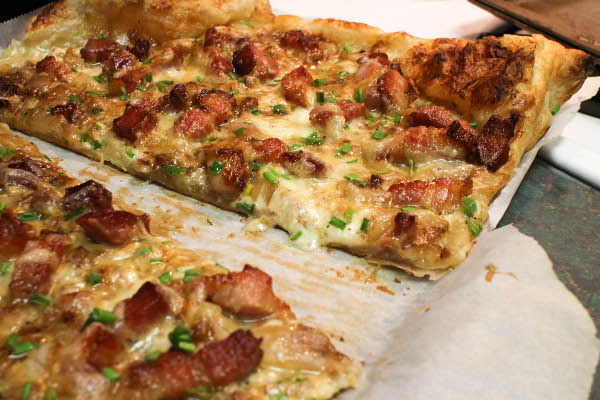 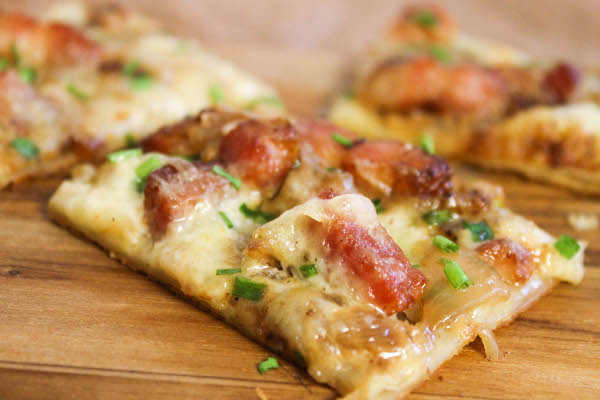 Have you ever tried tarte flambee? Do you have other easy French recipes?