I’ve been holding out on you guys. For more than a year, I’ve been eating out at some of the best restaurants in the city with some of my fabulous girl friends. But I never blogged about those dinners. I never told you about Supper Club.

Okay, so I did blog about it once. Whoops. Very discreetly, I mentioned that we have a monthly supper club – tucked neatly into one sentence in a blog post that focused more on Moroccan food and belly dancers. (Obviously, when belly dancers are involved, other details tend to get blurry.)

But I can’t keep Supper Club off the blog any longer. Not when we ate at a spectacular new restaurant…. in the burbs. Not when I ate one of the best restaurant desserts this year!

You know I don’t dole out praises like that easily. The last time I was so enamored with a restaurant dessert was nearly a year ago, when I tried the S’mores cup at West Bridge. I have a list of Top Five Restaurant Desserts in the Boston Area which I take pride in (I am easy to please but I know when to recognize a spectacular dessert); after one bite of Steel & Rye’s Chocolate Hazelnut Daquoise with Meyer Lemon, I fell hard and fast. It’s definitely going on my list. 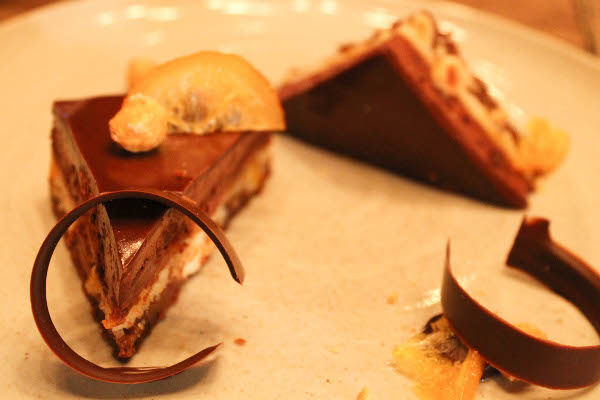 Let’s back up a bit. Our March Supper Club took us to Milton, close to the Lower Mills neighborhood of Dorchester . I am the first to admit that I do not know a thing about Milton. Later on, I found out that it’s not that far from the city after all and our restaurant of choice, Steel & Rye, is even easily accessible by T. I also found out that the former Baker’s Chocolate factory in the area has actually been turned into apartments so I am now considering moving there. But I digress again. 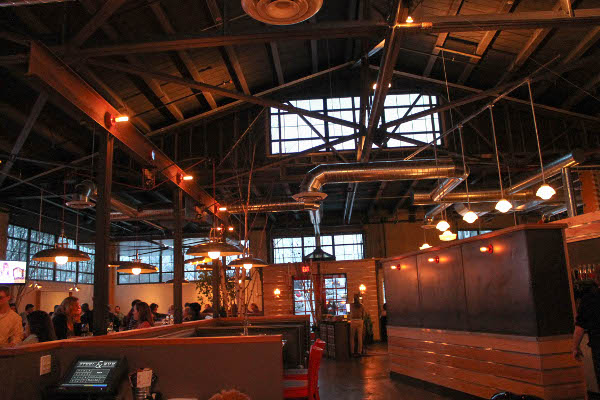 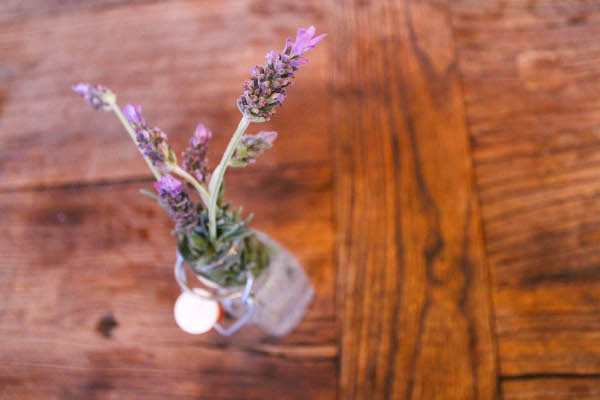 Steel & Rye is the latest initiative of Chef Chris Parsons, who previously headed Catch and Parsons’ Table in Winchester, Mass. The cuisine is American, but one can detect small French influences. I’ve read many rave reviews from some of my blogger friends (like this, this, and this) so I was really excited to try it myself. When we got there, the restaurant offered free valet parking, so our dinner was already off to a good start. Inside, it was very spacious and chic, with both industrial and sweet rustic touches.

As we always do,  my fellow Supper Club members and I ordered a bunch of appetizers to share with everyone, so I was able to try a little bit of everything, in addition to my main course and dessert (which honestly I was reluctant to share). Here are some* of the appetizers we ordered that night: 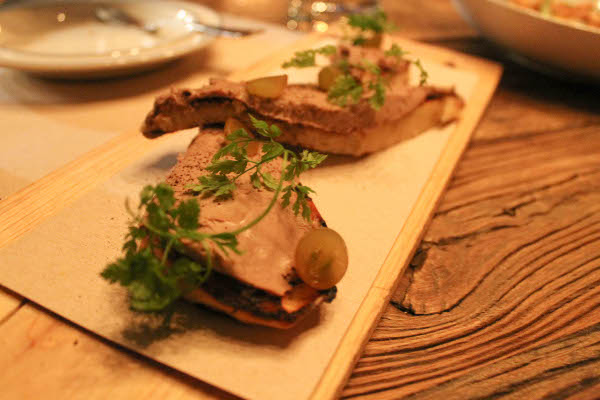 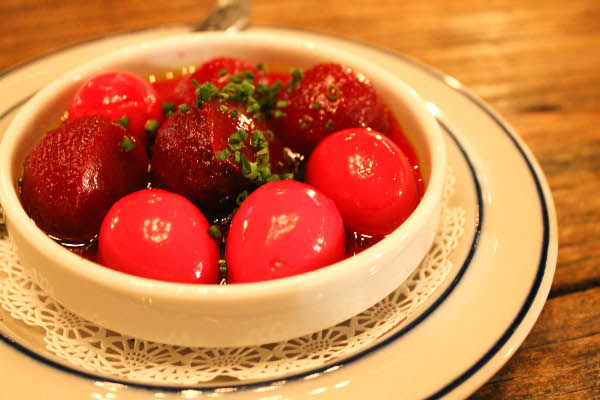 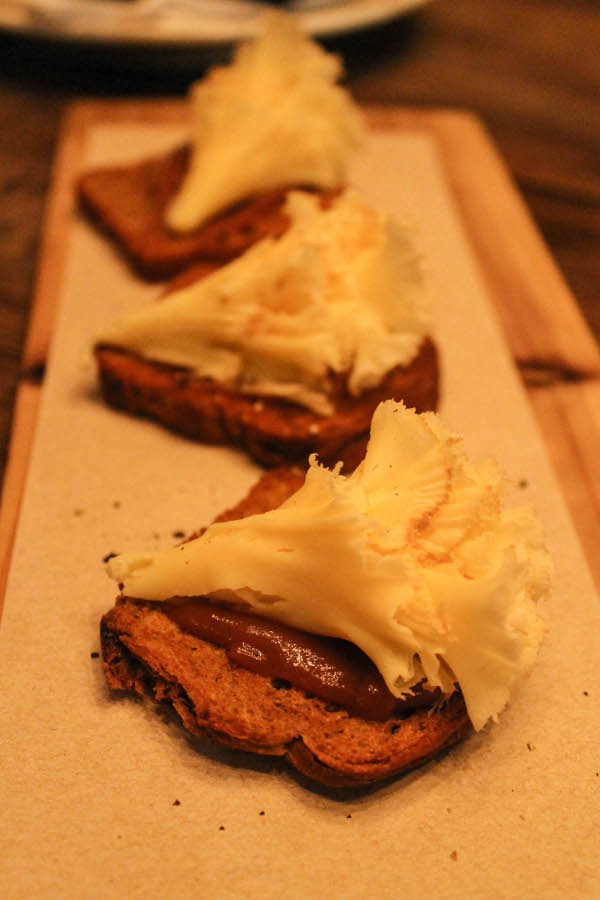 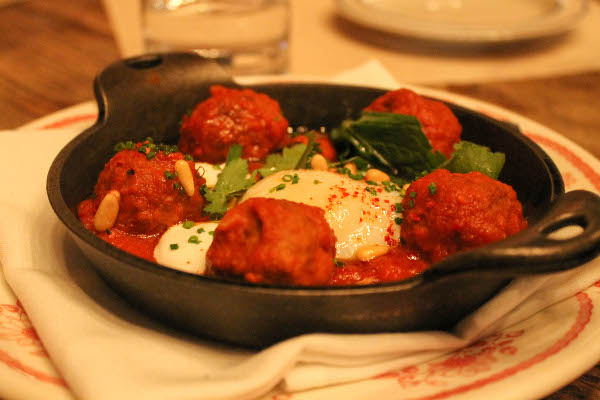 *The girls also ordered mussels and oysters but I did not partake. And yes, that’s a lot of appetizers. There were seven of us and we each picked one.

For me, some of the appetizers were much better than the others: my favorites were the pickled quail eggs (with sea salt and beets, which gave the eggs a bright pink hue) and the day’s cheese special, which was served with quince jam on black pepper bread. The quail eggs were $3 and the cheese was $4. The most expensive appetizers were the meatballs ($12) and the potted foie gras ($14). We’re definitely in the burbs.

We were so happy with the snacks, appetizers, drinks, service, and overall vibe, that we knew the main courses were sure to please, too. 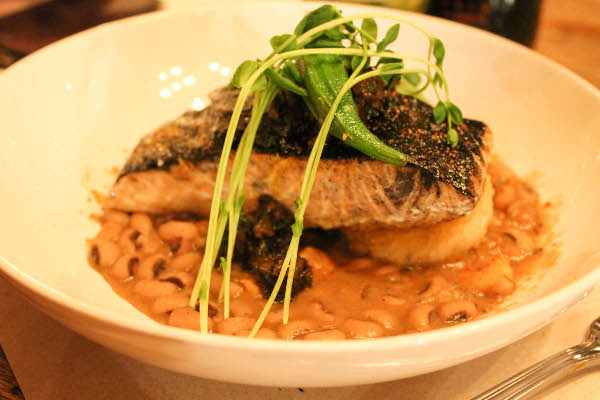 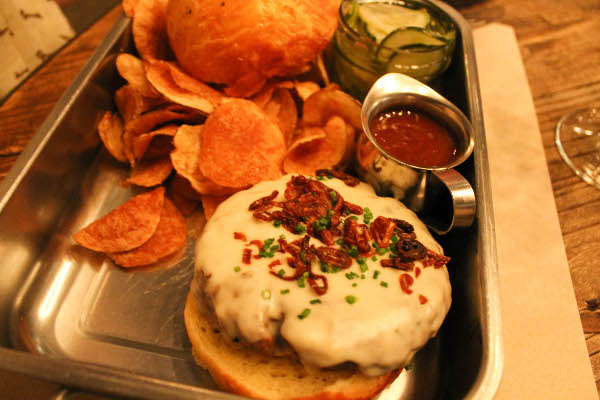 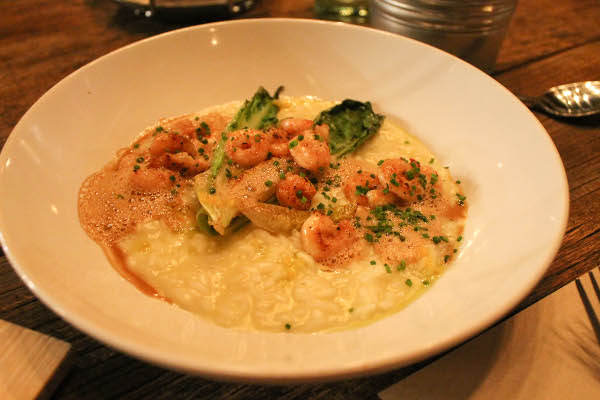 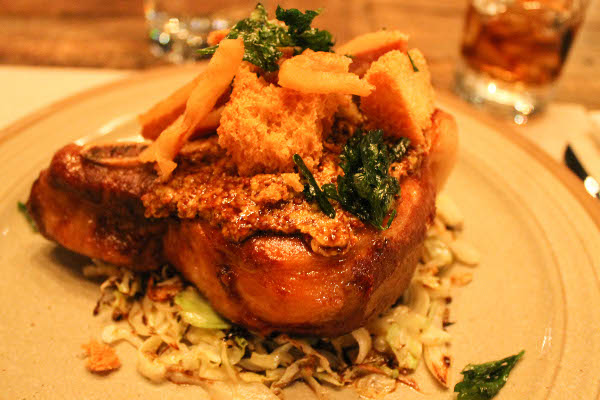 I was the one who ordered the pork chop; it was massive and yet perfectly cooked. It can be tricky to cook such a thick piece of pork – it tends to come out too dry or too bland – but this was really tender and flavorful. It was served with seared cabbage, grain mustard, guanciale, and fried bread.  I really liked each component, and highly recommend this to hungry diners and pork fans. 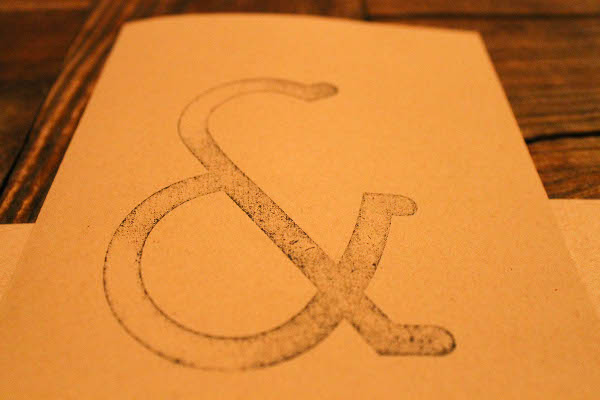 AND I saved the best for last… 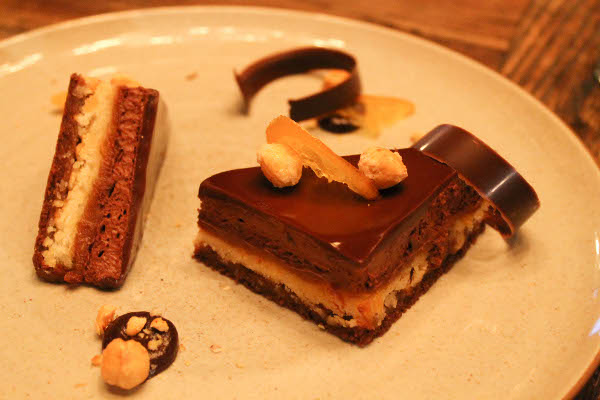 Steel & Rye’s pastry chef, Meghan Thompson, must be some sort of genius dessert magician. The daquoise was silky and decadent, with the deep dark chocolate flavors offset nicely by the tartness of lemon and the crunch from the hazelnuts. And I was obsessed with the crunchy little pieces in one of the layers – those turned out to be broken pieces of crisped crepes, or basically a feuilletine. Pure perfection.

The other desserts were really good, too – we tried the affogato and a special dulce de leche cake – but for me, this chocolate beauty was the best and something I would order again (and again).

My friends and I had a lovely time at Steel & Rye. It was my favorite Supper Club to date!