Let’s talk about mac and cheese.

Mac and cheese is one of my favorite pasta dishes, ever. I love all kinds, from creamy Southern-style to more nontraditional ones (I’m proud of my smoked gouda and butternut squash version). It’s a luxurious treat that I rarely make at home, and when I order mac and cheese when I’m out, it seems all the more indulgent.

Church of Boston makes one of the best in the city.  I’ve written about Church before; I have high praises for their desserts (bread pudding), cocktails (Vanity – also my favorite sin), and flatbread (you can’t go wrong with eggplant parm). So when I was contacted to check out their “Craft” Mac and Cheese Series, I happily planned my evening around it. 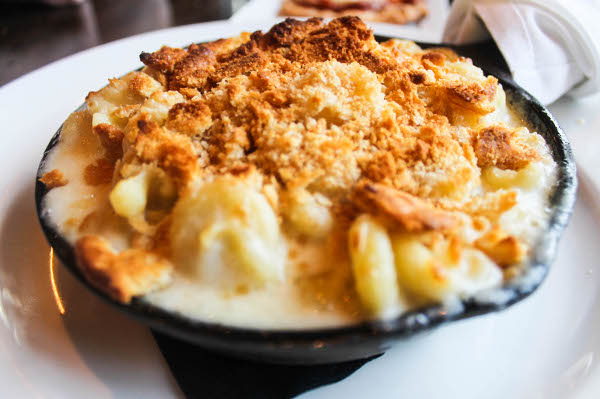 Every Monday, Church features a mac and cheese dish prepared with artisanal cheeses, meats, and vegetables, and pairs it with a craft beer selection. I tried the first mac and cheese last week, the Shortrib Mac. The beer pairing was a Ballast Point IPA. The mac and cheese was very filling, and so apt for last week’s cold temperatures. However I do admit being partial to the fontina and truffle version (pictured). It’s a plate of cheesy, creamy, comfort food goodness.

In addition to mac and cheese, I also have other delicious things to share. This is the fifth installment of my Good Eats Series, where I share some some of the great foods I’ve enjoyed but were previously undocumented. This installment includes the biggest slice of pie I’ve ever had, lots of chocolate, goat’s milk cheese, breakfast items, and a taste of home. 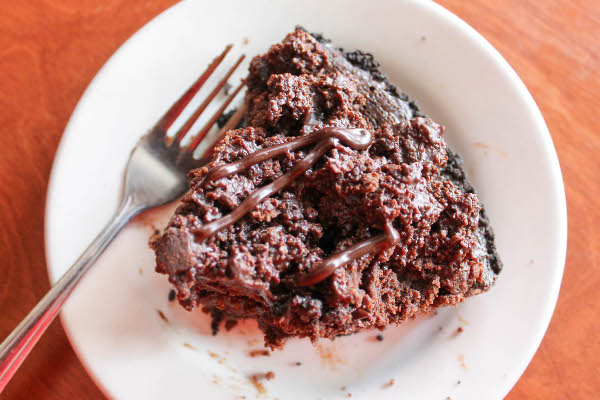 The Mississippi Mud Pie from Petsi Pies was one of the best, one of the chocolatiest, and one of the most massive slices of pie I’ve ever eaten. It’s a towering slice of dark chocolate goodness, with a crumbly cookie crust, a dense fudgy filling, and chunks of brownie-like layers, drizzled with more chocolate. The picture above was AFTER I’ve had four big bites (and sadly, when I conceded and asked for a take-out box). A slice is as big as a bowl of soup (look at my Instagram pic for proof). I brought it home, ate some more that night, and continued eating it for the next two days. It was so rich and dense and chocolatey and perfect. So perfect I want another slice this weekend. 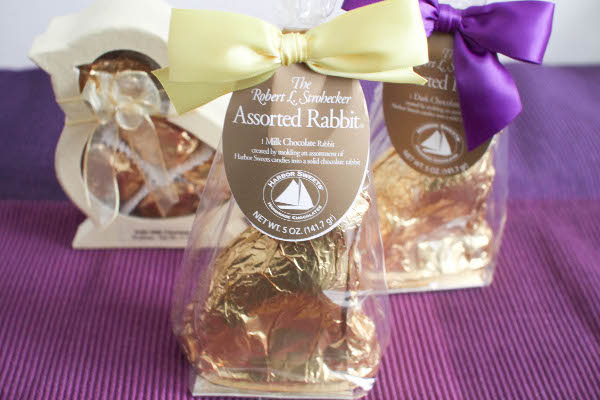 And speaking of this weekend, did you know that it’s already Easter Sunday? I received the loveliest Eater chocolate treats from Harbor Sweets – the “Robert L. Strohecker Assorted Rabbit,” a milk or dark chocolate Easter Bunny that is solid and filled with three varieties of chocolates, and the Yellow Chick Box, which contains 10 mini chocolate bunnies. The chocolates were so smooth and sweet. It’s taking a lot of willpower not to have all of the the little bunny wabbits hop into my mouth. Harbor Sweets makes all-natural, gourmet, handmade chocolates and is located in Salem, MA. I’ve been wanting to do a factory tour there, too, and hopefully I can come by sometime soon. 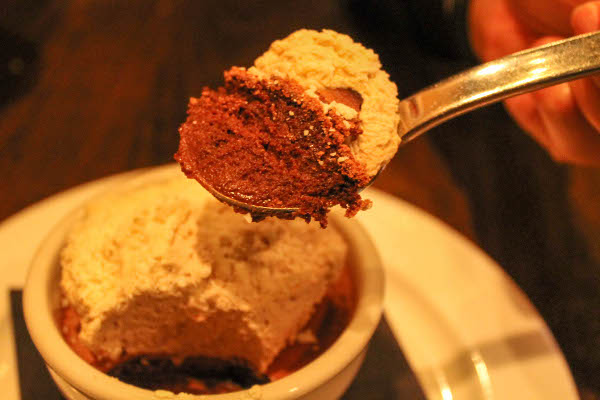 When I went to Church last week to check out the Craft Mac and Cheese, my friend and I were stuffed (because we also ordered an app and the roast chicken) but somehow, we still managed to get dessert. How can we not, after seeing this chocolate pot du creme on the menu? It’s a small pot of chocolate with coffee whipped cream and white chocolate shavings. Take a second to imagine that: chocolate pot de creme, coffee whipped cream, white chocolate shavings. It was as good as it sounds. 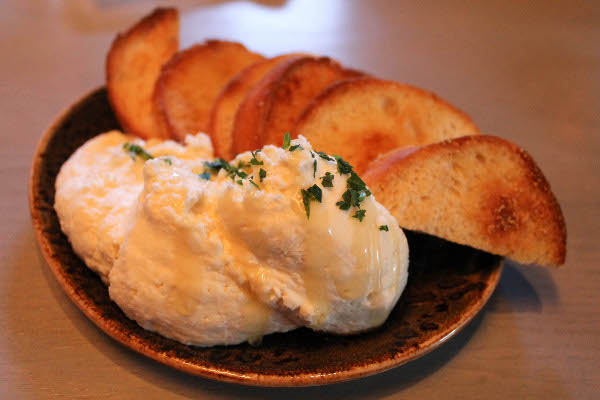 This is the whipped goat’s milk feta from Tavern Road, another hotly anticipated restaurant that recently opened in Fort Point area. My friends and I ordered several things from the menu but this feta was the best part of our meal. It was slightly tangy and very fluffy, and I would definitely come back to Tavern Road just for this. It reminds me of the heavenly sheep’s milk ricotta I had at Locanda Verde in New York.

My other favorite goat’s milk cheeses are goat gouda and goat’s milk blue cheese, both available at Trader Joe’s. 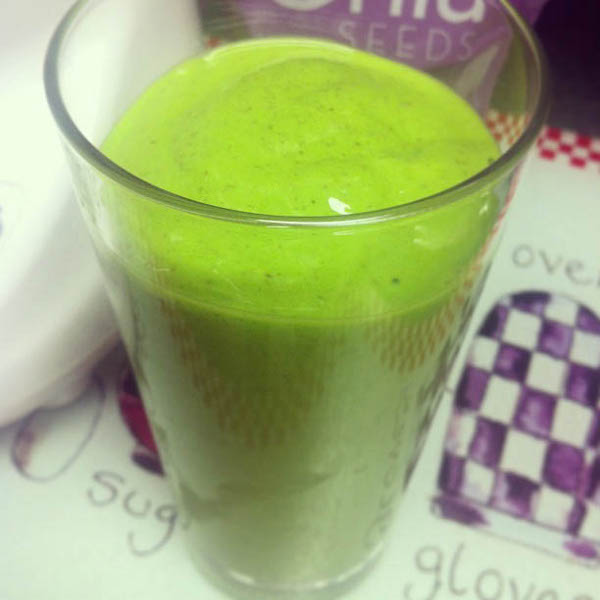 I often make smoothies for breakfast and this is my latest green monster concoction: it’s a blend of spinach, frozen banana, frozen mango chunks, vanilla almond milk, and chia seeds. Sometimes I’ll add in flax seeds, sometimes a scoop of peanut butter. There was one time where I was tempted to add vodka. But I did not. 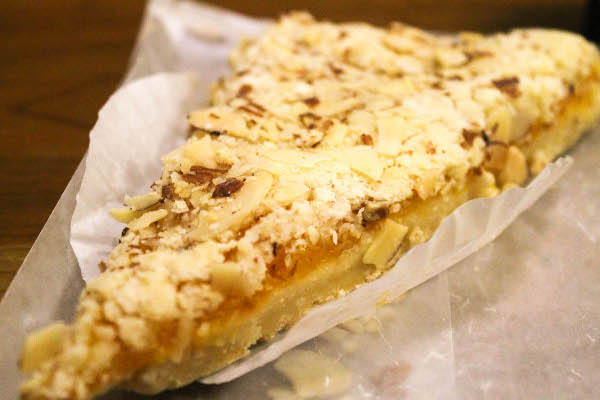 Last month, on the way back to Boston from spending a snowy weekend in Vermont, my friends and I made a pit stop at Mocha Joe’s in Brattleboro, VT. I enjoyed a hot mug of green tea and this apricot crumb bar, which was so buttery and with just the right amount of sweetness.  I don’t usually like apricot jam or jelly but the flavors of this bar were pure and simple. 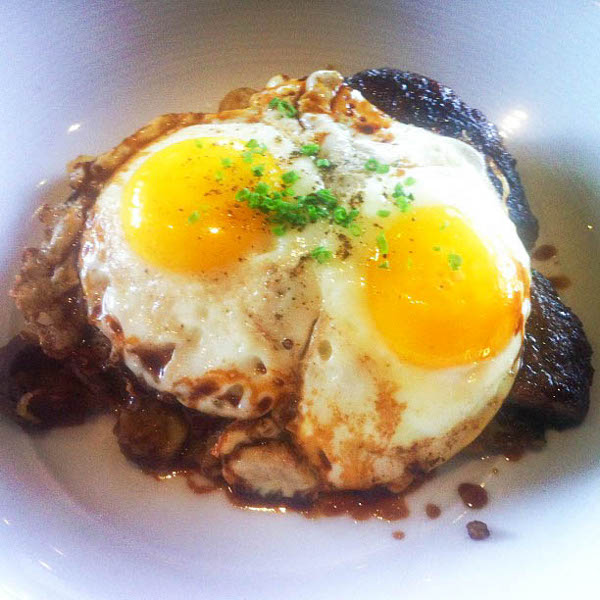 Catalyst is always a great option for brunch (and dinner) and during my last visit, I had the day’s special hash. It had prosciutto, chorizo, country ham, and two perfectly fried eggs.  It was a salty, meaty meal, and perfect for those days when one might have had too much to drink the night before… Not that I know anything about that. As you know, I only drink green smoothies. Our table also ordered pumpkin bread with dulce de leche. I cannot deny that I was the one who suggested that. 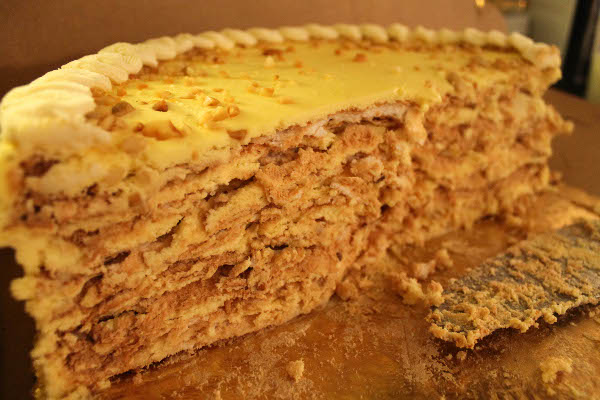 Last but not least, last month my friends brought over this Sansrival cake from Keyks, a bakery in Chelmsford, MA. The founder, Rowena,is also from the Philippines and this Sansrival cake is one her Filipino specialties. Sansrival is a traditional Filipino torte made with layers of meringue and sweet buttercream, topped with chopped cashews. It’s one of my favorite cakes from home (read about my Noche Buena story) and one bite transported me back to many happy memories of eating this dessert in the Philippines.

To read my other Good Eats series, check out these posts:

Do you have a favorite mac and cheese? Tell me about some of your recent good eats, too!