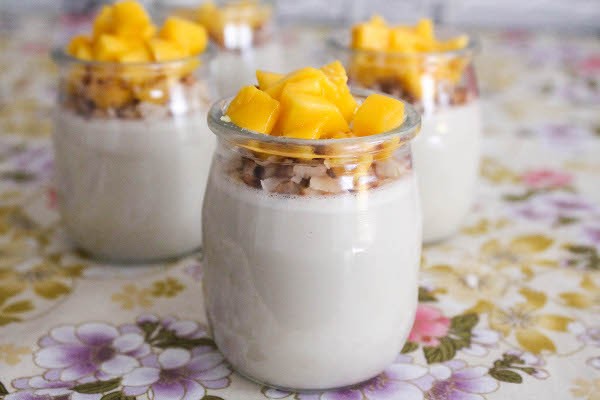 Do you guys watch Game of Thrones? The season premiere last night was awesome. I’ve been a huge fan over the last few seasons, and I always wonder: do I want a direwolf or a dragon as a pet? I’m leaning towards direwolf, because I think maybe they’re more trainable? Of course that’s only if we live in a fictional world. In real life, I want a german shepherd or a doberman.

Also in real life: sometimes if I’m eating out with friends, I can’t decide between two desserts so I coerce my friends to order the other one so I can try both. Most of the time I end up finishing both. This White Chocolate Coconut Panna Cotta is a delicious result of one of those can’t-decide moments. 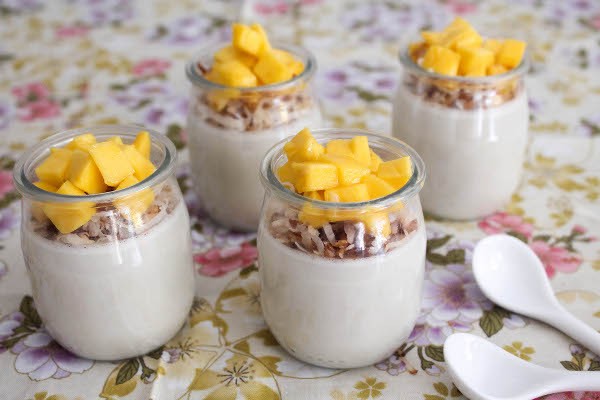 I’ve never actually made panna cotta before because I always thought it has an intimidating multi-step process that might involve water baths or something, but I couldn’t be more wrong. Making panna cotta is super easy! The ease can be attributed to gelatin (and yes, this time I remembered to buy plain jello). It really is just a matter of letting the gelatin bloom, and mixing it with your choice of dairy. I chose coconut milk but traditional panna cotta is made with milk and cream.

It’s also easy to customize to your own taste and diet. It’s already gluten-free but if you also want to make it dairy free, just omit the white chocolate. If you want to make it vegan, leave out the white chocolate and replace the gelatin with agar-agar or another vegan substitute (I only very recently found out that gelatin is made from animal product…). If you want a more tropical flavor, try stirring in lime zest at the end.

Or you can just leave it plain. I ate one of the the jars plain after just chilling for an hour (instead of the recommended two) because I was very hungry and impatient. 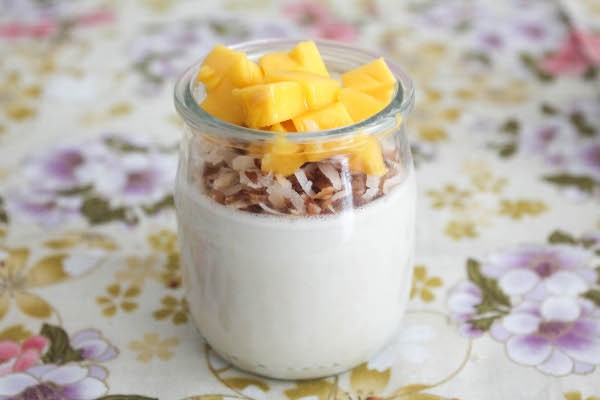 I really loved how this panna cotta turned out. It was so creamy with just the right amount of sweetness. The crunchy toasted coconut on top and the sweet mango cubes were a nice complement to the smooth texture. Most panna cotta desserts I’ve had at restaurants were turned out onto a plate, but these little jars are so cute I couldn’t resist using them as serving vessels. Besides I did not want to attempt to unmold these, in case I end up with another kitchen fail. But I probably would still eat it.

If you guys are wondering where I got these little jars, they’re actually Trader’s Point Creamery yogurt jars which I buy from from Whole Foods. You may also remember them from a couple other recipes I’ve made (both of these are also no bake!) 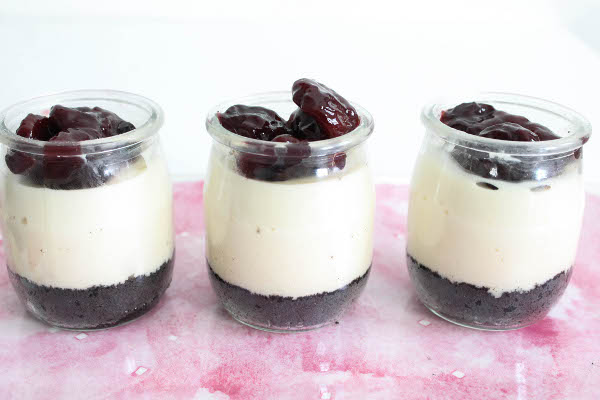 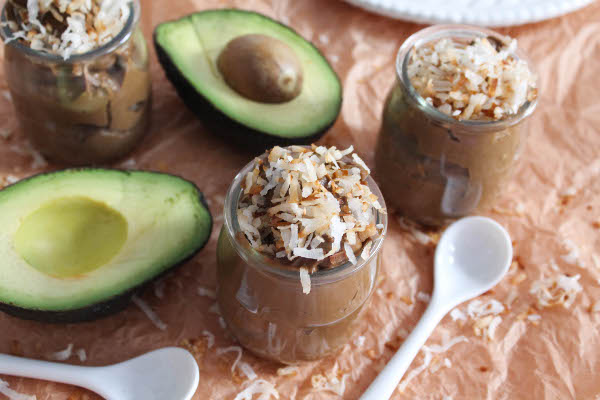 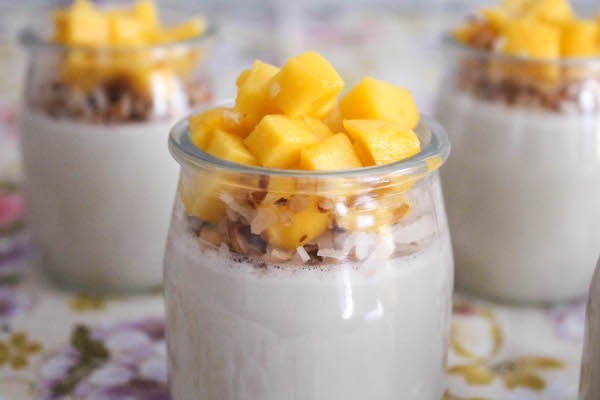 What flavor combo would you like in a panna cotta? And do you guys also watch Silicon Valley after Game of Thrones on HBO? I’ve pushed back my Sunday night bedtime because of these two shows…